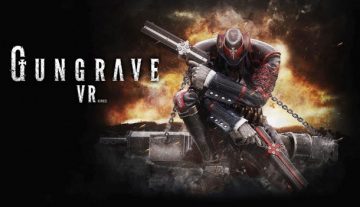 XSEED Games, the independent-minded publishing brand of Marvelous USA, Inc., today announced that GUNGRAVE VR, the VR shooter featuring third- and first-person gameplay modes previously released on PlayStation®VR on the PlayStation®4 computer entertainment system, and GUNGRAVE VR U.N, the standalone episode 2 content that greatly expands the story and gameplay, will be coming to Windows PC via Steam. The title will be releasing on PC with support for both the HTC VIVE and Oculus Rift VR headsets on March 6. GUNGRAVE VR will be available for $24.99, €24.99, and £19.99, with GUNGRAVE VR U.N sold separately for $9.99, €9.99, and £7.99, or players can purchase both games together as the “Loaded Coffin Edition” value bundle containing both GUNGRAVE VR and GUNGRAVE VR U.N for $29.74, €29.74, and £23.79. All versions will have a launch week discount of 15%.

Strap in, load up, and get ready to take on waves of Orgmen, monstrous enemies transformed by the nefarious drug SEED hell-bent on wreaking havoc in South City. Featuring both Japanese and English voice options and designs from original character designer Yasuhiro Nightow, GUNGRAVE VR and GUNGRAVE VR U.N deliver an authentic and immersive GUNGRAVE experience in virtual reality. The PC release of the title, which supports both Oculus Rift and HTC VIVE VR headsets, will feature expanded graphical options and settings to give players more control over their individual experience.

In GUNGRAVE VR, players take control of undead assassin BEYOND THE GRAVE with his iconic pair of massive handguns, CERBERUS, and will have to master different playstyles to take down the various foes that stand in his way. Levels consist either of free-moving third-person gameplay or first-person action that includes both stationary and mobile sections, offering players a variety of modes putting them in the shoes of the resurrected Millennion agent himself. With an array of shooting attacks, close-range strikes using Grave’s Death Coffin, slow-motion Reaper Time, and more, GUNGRAVE VR brings an authentic GUNGRAVE experience to virtual reality for the very first time.

GUNGRAVE VR and GUNGRAVE VR U.N will be published on PC via Steam with support for Oculus Rift and HTC VIVE by XSEED Games on March 6. These titles were previously released for PlayStation®VR on the PlayStation®4 computer entertainment system on December 11, 2018 in North America and on December 7, 2018 in Europe. These titles are rated T for Teen on PS4™ system by the ESRB, the PC versions are not rated by the ESRB.