“This is how it happened, this is how the Batman died.”  Warner Bros. Interactive Entertainment and DC Entertainment today announced Batman™: Arkham Knight, the epic conclusion to Rocksteady Studios’ award-winning, best-selling Batman: Arkham trilogy, is available now for the PlayStation®4 computer entertainment system, Xbox One and Windows PC.

Batman: Arkham Knight raises the stakes for The Dark Knight like never before as he faces the ultimate threat against Gotham City. The intense, atmospheric foundation of Batman™: Arkham Asylum, which escalated in the devastating conspiracy against the inmates in Batman™: Arkham City, culminates in the ultimate showdown in Gotham City in which players can explore a completely open and free-roaming game world.  For the first time in the series, players will able to experience the ultimate and complete Batman experience with the newly introduced Batmobile that  has been uniquely designed to be fully drivable throughout the open game world and capable of transformation from high speed Pursuit Mode to military grade Battle Mode. 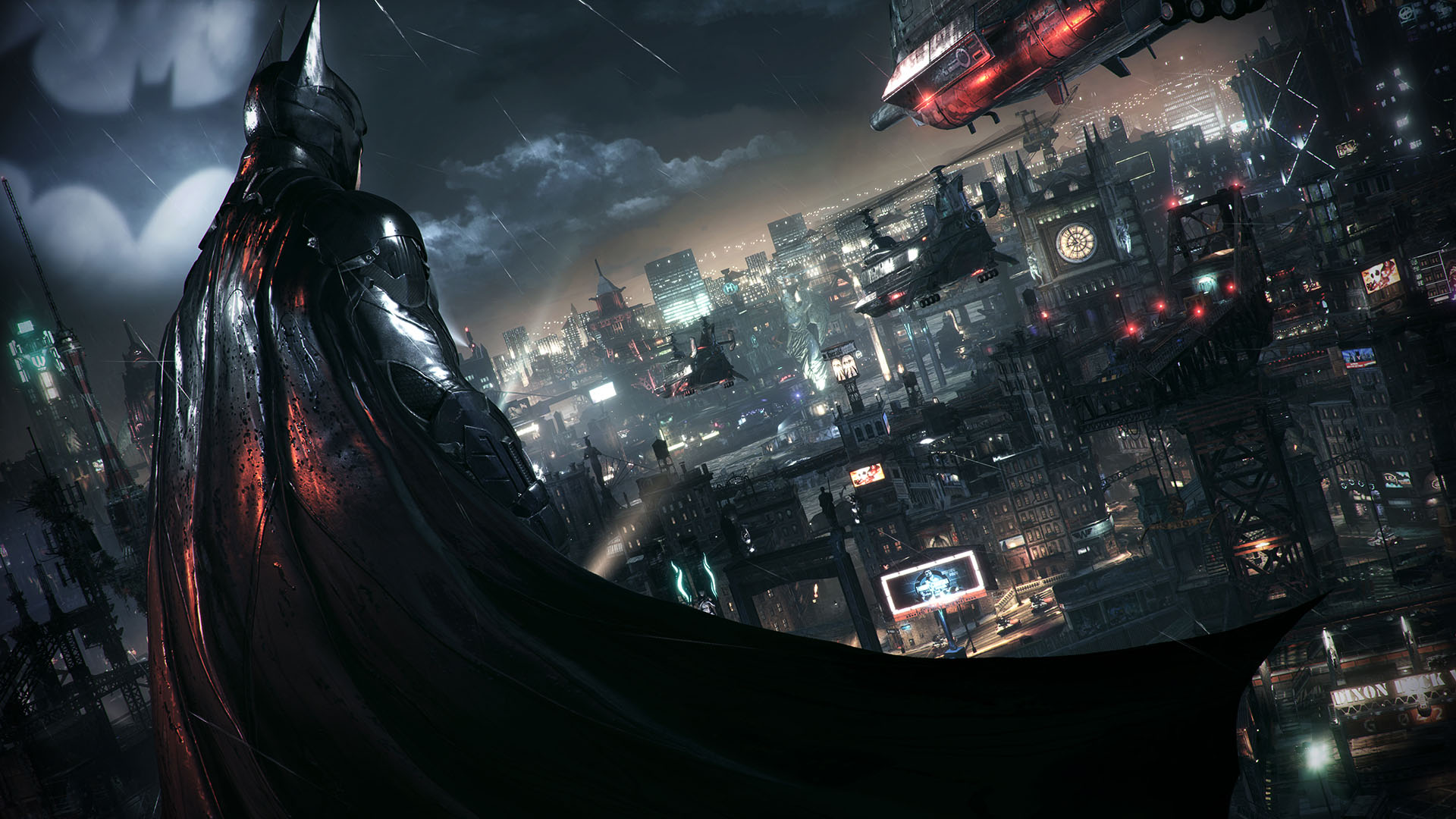 “The Batman: Arkham series is one of Warner Bros.’ most popular and critically acclaimed video game franchises, and with Batman: Arkham Knight, we are giving players the game they have always asked for,” said David Haddad, Executive Vice President and General Manager, Warner Bros. Interactive Entertainment.   “Batman: Arkham Knight is the culmination of Rocksteady Studios’ dedication to deliver both an amazing narrative tale and thrilling gameplay experience from beginning to end.”

“Rocksteady has been truly honored to bring to life the rich universe envisioned by DC Comics in the Batman: Arkham trilogy of games,” said Sefton Hill, Game Director at Rocksteady Studios.  “With Batman: Arkham Knight being the conclusion to the series, we wanted to give players a story filled with unforgettable moments, ambitious new features such as the Batmobile and an epic open-world Gotham City that allow them to live the complete Batman experience.”

The fate of Gotham City hangs in the balance as Scarecrow is joined by the Arkham Knight, a completely new and original character in the Batman universe, as well as a roster of Super-Villains including Harley Quinn, The Penguin, Two-Face, Firefly and the Riddler.  Joining The World’s Greatest Detective are his closest allies, Commissioner Gordon, Oracle, Alfred, Lucius Fox, Catwoman, Robin and Nightwing. Throughout the game, players will be introduced to enhancements to the signature features of the Batman: Arkham series, such as stealth, forensics, navigation, and FreeFlow Combat. In addition, the new Dual Play feature is available in specific areas of the game and allows players to seamlessly switch between The Dark Knight and his fellow heroes including Robin, Nightwing, and Catwoman. 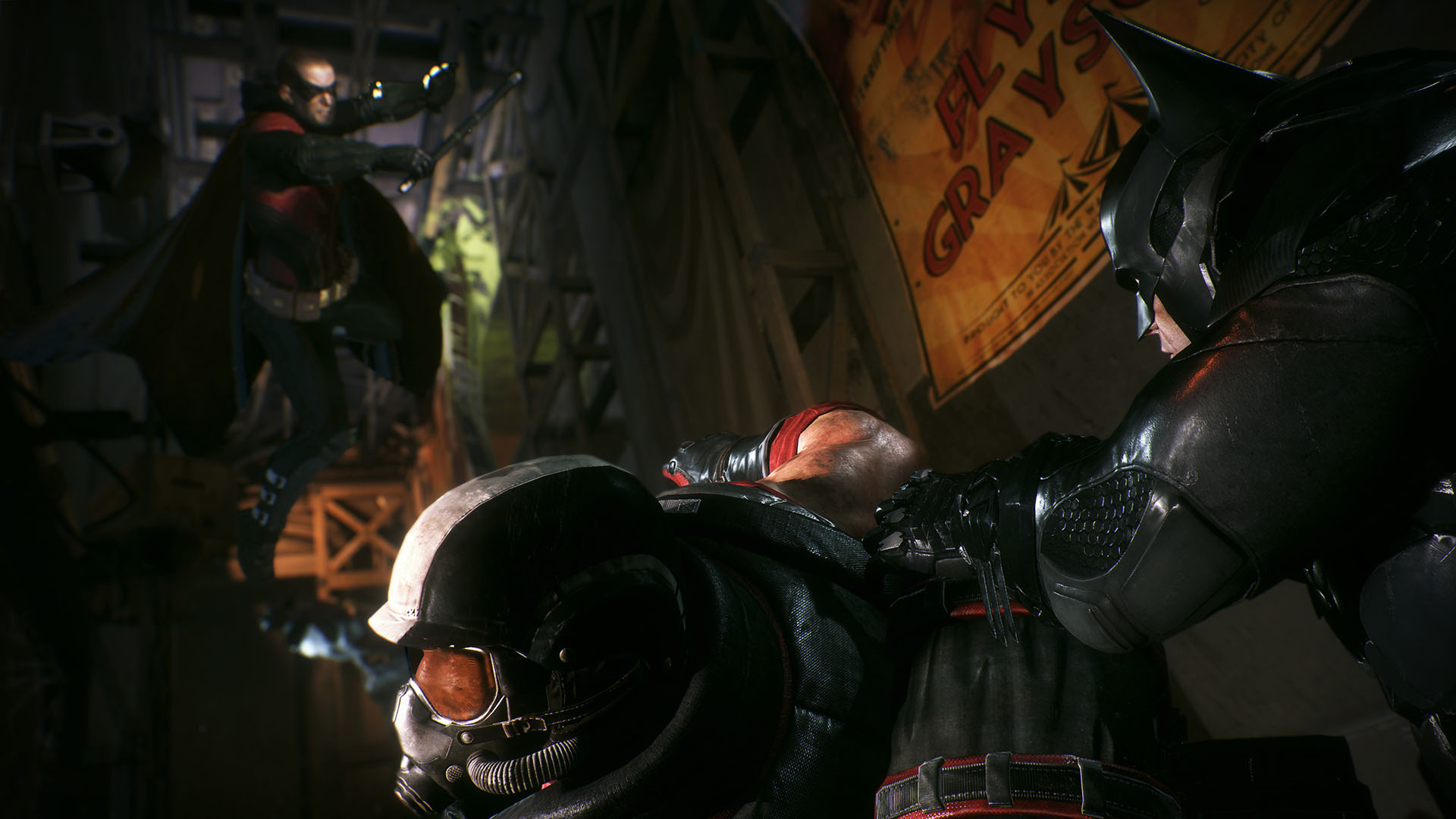 Those playing on PlayStation®4 will also have access to exclusive content, including the Scarecrow Nightmare Missions Pack, Classic TV Series Batman and Batmobile Skins and the Justice League 3000 Batman Skin.

Batman: Arkham Knight is based on DC Comics’ core Batman license and is rated “M” for Mature by the ESRB. For more information, please visit www.batmanarkhamknight.com, https://www.facebook.com/BatmanArkham or https://twitter.com/BatmanArkham.