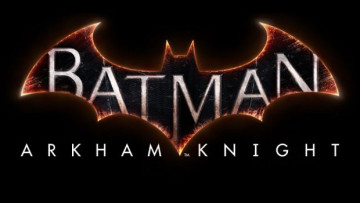 Today, Batman: Arkham Knight has been officially announced for PlayStation 4, Xbox One, and Windows PC, and is scheduled for release worldwide in 2014. The game is the epic conclusion to Rocksteady Studios’ award-winning, best selling Batman: Arkham videogame series and will introduce a drivable Batmobile and a fully-realized Gotham City.

“Batman: Arkham Knight is the pinnacle game of our hugely successful franchise, and we are giving players the most expansive, impressive title in the series,” said Martin Tremblay, President, Warner Bros. Interactive Entertainment.  “The Rocksteady Studios team is continuing to focus on the excellent gameplay for which they are known while delivering a thrilling new experience for gamers and Batman fans.”

“The team at Rocksteady Studios is putting a tremendous amount of work into delivering the final chapter of our Batman: Arkham trilogy so that fans can feel what it’s like to be the Batman,” said Sefton Hill, Game Director at Rocksteady Studios.  “We’re excited to be developing the game for next-gen platforms, which has allowed us to bring to life the design elements that we envisioned from the beginning such as the Batmobile and how it augments Batman’s abilities, to the fully detailed and realized Gotham City.”