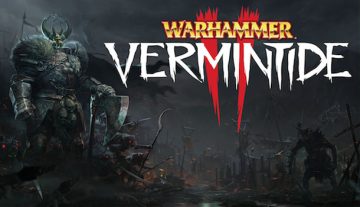 Independent developer Fatshark today announced that the  million selling hit game Warhammer: Vermintide 2 is available on  Xbox One, the all-in-one games and entertainment system from Microsoft, today.  Today is the day Xbox One owners get the chance to join the fight in Helmgart. Warhammer: Vermintide 2 has surpassed one million in sales on PC, and is now ready to conquer the living room.

“We are excited to bring Vermintide 2 to the Xbox community” says Martin Wahlund, CEO at Fatshark. “We are looking forward to take on Skaven and Chaos with the console gamers.”

Mixer Integration
Besides playing the game with three heroes, you can also get support – or not – from the Mixer audience when you stream. The Mixer integration makes it possible for viewers to participate in the game, where they can vote on what’s coming next, and more.

Vermintide 2 is a visually stunning and groundbreaking melee action game pushing the boundaries of the first person co-op genre. Set during the apocalyptic End Times of the Warhammer world – the game introduces the dark, bloody and twisted forces of Chaos as an enemy faction. Other new features include 15 hero careers, new environments, talent trees and the proprietary Heroic Deeds System.

The game is Enhanced for Xbox One X and supports Native 4K on that system.

Not a PC Hero yet? Pick up Warhammer: Vermintide 2 now.
http://store.steampowered.com/app/552500/Warhammer_Vermintide_2/