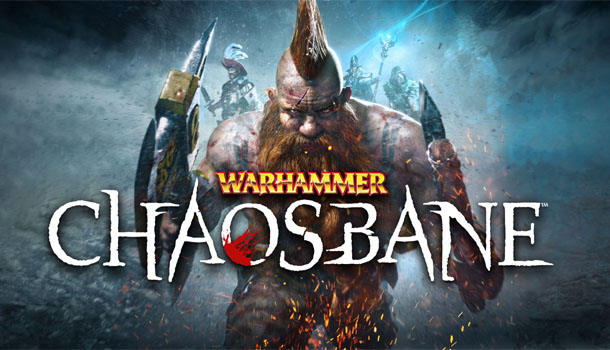 In an age of lawlessness and despair The Empire of Man lay in ruins, torn asunder by civil war and wracked by famine and plague. And so it was, in the year 2301, that a Kurgan warlord named Asavar Kul united the savage tribes of the Chaos Wastes and made war upon the realms of men. The invaders entered the distant northern kingdom of Kislev and sacked its largest city, Praag. But in the Empire’s darkest hour, a nobleman from the south named Magnus rallied the people of the Empire to resist the invaders. The Imperial army marched to the rescue of the Kislevite capital fighting Kul’s army in a massive battle outside the city walls. Joined by mighty heroes from all across the land, Magnus defeated Kul in single combat, and the Chaos horde was scattered to the winds. Blessed by the gods and heralded as the true Emperor, Magnus returned to Nuln in triumph. But even as the Old World celebrated Magnus’s victory the Dark Gods were planning their revenge.

In partnership with Ankama, an animation company in the Nord department of France known especially for Dofus and Wakfu, BIGBEN and Eko Software have created this story-trailer for Warhammer: Chaosbane. Take your place within the Empire’s forces and force back Chaos’s raids in a world on the edge of upheaval.

The first action RPG to take place in the Warhammer Fantasy Battles world, Warhammer: Chaosbane plunges the player into the heart of the Old World, a continent marked by the Great War against Chaos, a bloody conflict which ravaged the Empire of men. They will embody a human, a high elf, a wood elf, or a dwarf, and discover the iconic locations of the Warhammer Fantasy Battles universe that’s captured the imaginations of millions of fans across the world.

Warhammer: Chaosbane will be available on PlayStation 4TM, Xbox One, and PC starting June 4th, 2019 and beginning May 31st for owners of the Magnus Edition and Digital Deluxe.