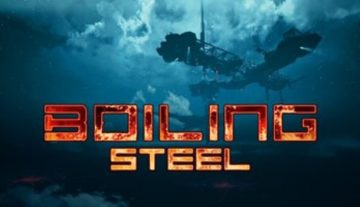 MiroWin Studio, the publishers behind the popular Guns’n’Stories: Bulletproof VR, is proud to inform, that their latest VR FPS Boiling Steel is released in Early Access on Steam.

In development since early 2018, Boiling Steel was made for gamers who love fast-paced action wrapped in a complex and story-rich setting written by a member of the team behind the S.T.A.L.K.E.R. series. Beautiful graphics, smooth controls, and a bot-killing arsenal of upgradable construction tools provides a truly unique experience.

Set in the far future, Boiling Steel is centered on a colonized planet designed to be a bastion of scientific research and development. Free of bureaucratic, religious, and legal restrictions technology advanced in leaps and bounds.

Utilizing the ability to transfer the consciousness of a human into a robotic “shell”, hazardous work in mines and factories could be completed with no danger to the workers. Eager for the chance at a better life, you were elated when you found you were hired by the Engineering Corps.

When radical fanatics with unknown motives launched a virus into the system, paradise went up in flames. Empty shells are running rampant, controlled by the virus, murdering anyone they find.

Who is behind the virus attack and why? Why haven’t the military arrived to rescue the colonists? You may have been hired by the Engineering Corps and only have access to construction equipment, but it’s up to you to get to the bottom of this and you’re not going down without a fight.

Grab a power tool and forget about safety measures, because it’s time to melt some metal.