Voodoo Vince, one of the most memorable characters from the early Xbox days, is back for another round! Whether you’re an old fan of this New Orleans-themed platformer or you’re new to the party, you can get your voodoo fix with Voodoo Vince: Remastered, available today for Xbox One as a console exclusive, as well as for Windows PC from Microsoft’s Windows 10 store and Steam.

Released in 2003 as an Xbox console exclusive, the original Voodoo Vince was only ever playable on the original Xbox. Thirteen years, six months, and twenty-five days later, this remaster spearheaded by creator Clayton Kauzlaric and made possible by Microsoft’s ID@Xbox program brings the cult classic up to today’s technical standards, while retaining the fondly-remembered story and gameplay exactly as they were. 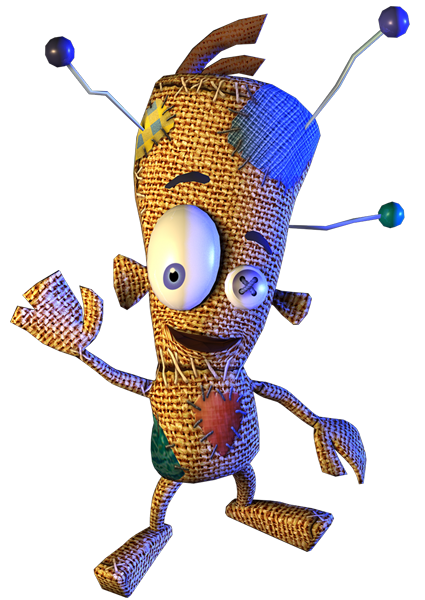 In case you’re not already acquainted, here’s the skinny: Vince is Madam Charmaine’s third-best voodoo doll — and he’s the only one who can rescue her from Kosmo the Inscrutable, a jerk whose greed has turned the Big Easy into a magical nightmare of monsters and goons.

How does a little voodoo doll tackle such a big challenge? By kicking his own butt, of course! Vince’s voodoo powers mean that when he gets hurt, his enemies feel the sting. Falling safes, prickly pushpins, bolts of lightning, and dozens of other voodoo attacks bring comical new meaning to the phrase “no pain, no gain.”

To rescue Madam Charmaine, Vince must fight his way through 30 detailed levels remastered in gorgeous high-definition — from a crawfish-laden swamp and a graveyard crawling with imps and zombies, to a fantastic French Quarter, a network of boggy sewers, and more. But that’s not all! This lively bayou adventure also has fun vehicles to drive, mini-games to master, and a catchy jazz soundtrack with updates and remixes by the game’s original composer Steve Kirk.

Voodoo Vince: Remastered is a $14.99 download on Xbox One, Microsoft’s Windows 10 store, and Steam. The game is voiced in English with subtitles in English, French, German, and Spanish.