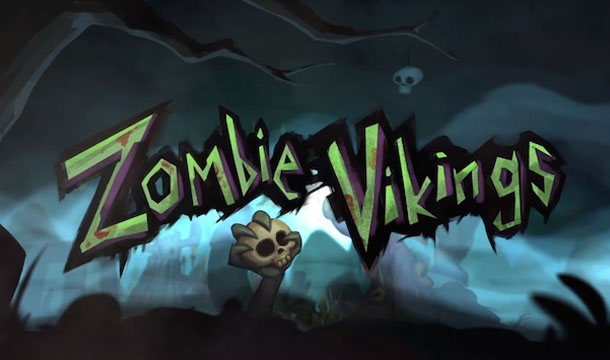 A twisted take on Norse mythology.

It must be something in the air this year because its Viking season everywhere I look in the gaming scene. Not that’s a bad thing…oh no quite the opposite in fact. Take Zombie Vikings, the newest entry by Zoink! Games, the minds behind the clever and equally funny “Stick it to The Man”, for instance for the Xbox One. This even more skewed take on Norse mythology combines Norse figureheads, Vikings (both living and undead), weird creatures and a liberal does of pop cultural references and humor that keeps going right until the very end.

In Zombie Vikings, Loki is up to his old tricks again this time angering Odin by stealing his one good magic eyeball. Since Thor is too busy to deal with the trickster, Odin summons the four Vikings: Seagurd, Caw-kaa, Gunborg and Hedgy back as well… the titular Zombie Vikings not for a grand quest but just to get his eye back. Rest assured there is quests to be had as you battle through 25+ levels in the campaign that take you through some rather interesting locations including a gingerbread swamp in one of eight worlds each as morbid and the next. 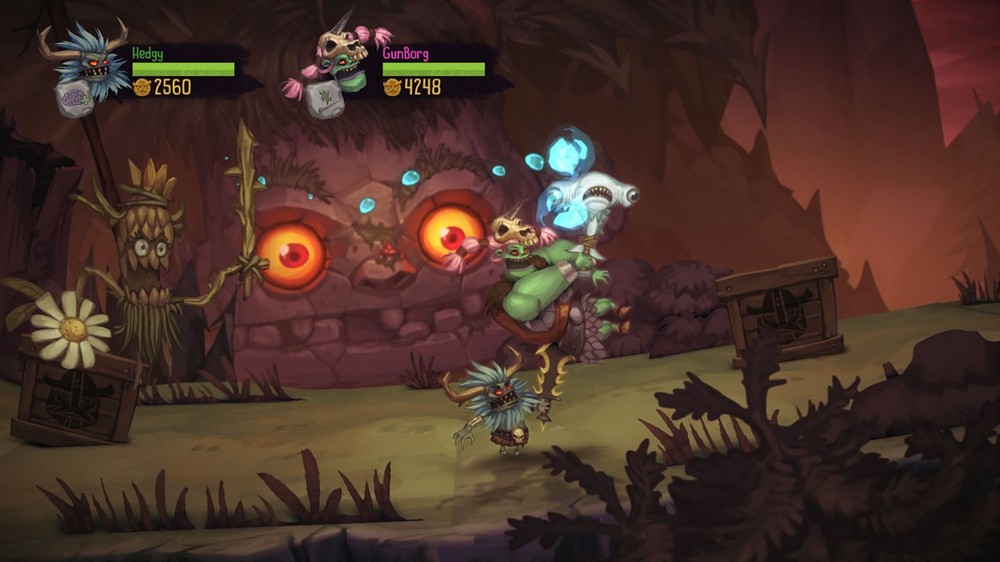 Zombie Vikings is a classic side-scrolling beat ’em up brawler that will pit up to four players up against all manners of bizarre yet familiar creatures. Unlike a lot of brawlers though, Zombie Vikings does have a bit of story going for it besides the overall plot. Each of the 4 main characters have some sort of backstory revealed throughout as you travel throughout the worlds like why Caw-kaa can speak in Crow. The best part about this title though is that it supports both online and more importantly in my opinion couch co-op. So many games are going the online social route and so it’s awesome to see a game that works on both levels as I found out with a few friends.

Several of the mechanics (as well as achievements) of Zombie Vikings are based around playing this title with other people. While it is not required to do so as I was able to get through the story with a minimal number of deaths during more dangerous encounters. One such mechanic is that players can pick up just about anything on the screen expect for the landscapes and use them to their advantage against their foes including enemies themselves. Oh and chickens too. This feature even allows ever player to pick up each other by stabbing them with their weapons and holding them up to the point that you can make a tower to reach higher up areas if need be. 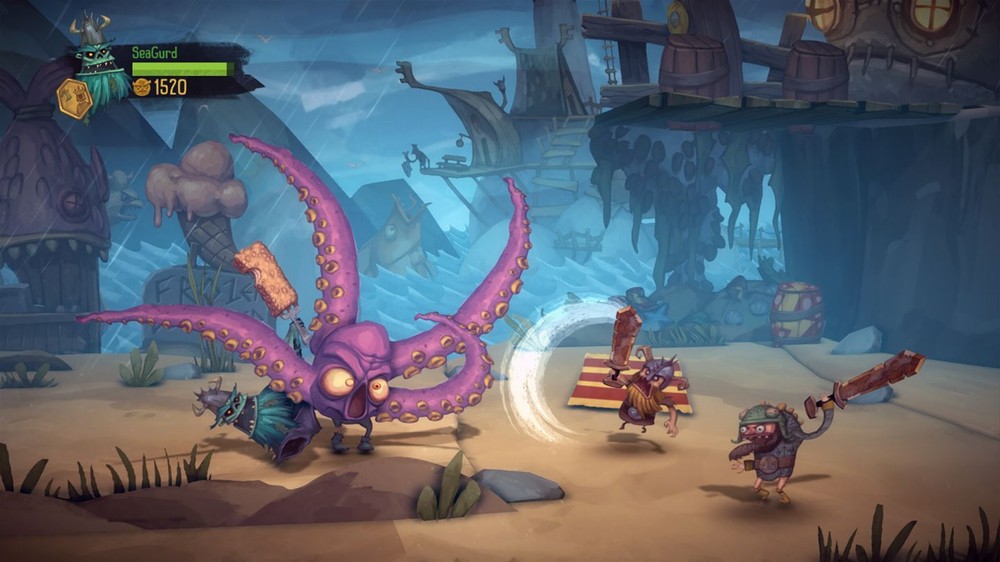 One of the more notable features is the ability to stick each character together to become one hulking zombie mass that can put the hurt on enemies in their way, and when not assembled as one giant zombie mass, each of the four characters also has their own special attack to aid them in combat. While I like all of them I prefer either Hedgy’s skeletal spew that can be then hit and launched at enemies or Caw-kaa aerial dive bomb. The tricky part about her charged ability though is that you have to aim it at the same time as you charge it before you get interrupted by enemy attacks. This makes it one of the tougher attack to pull off especially when playing solo but quite usefully in co-op play.

There is also the ability to spew zombie vomit at enemies when your head becomes detached from your body when you lose all your health. In single player that means reloading from a checkpoint but in co-op your friends can revive you by putting you back together allowing you to continue which is morbidly cool. You are able to block attacks, useful in solo play, as well as rolling out of the way so you can avoid a majority of the enemy’s attacks. Other require you to block at just the right time to hit or parry their attacks back at them is some manner like the wooden horse riding enemies that fire balls of lightning at you. 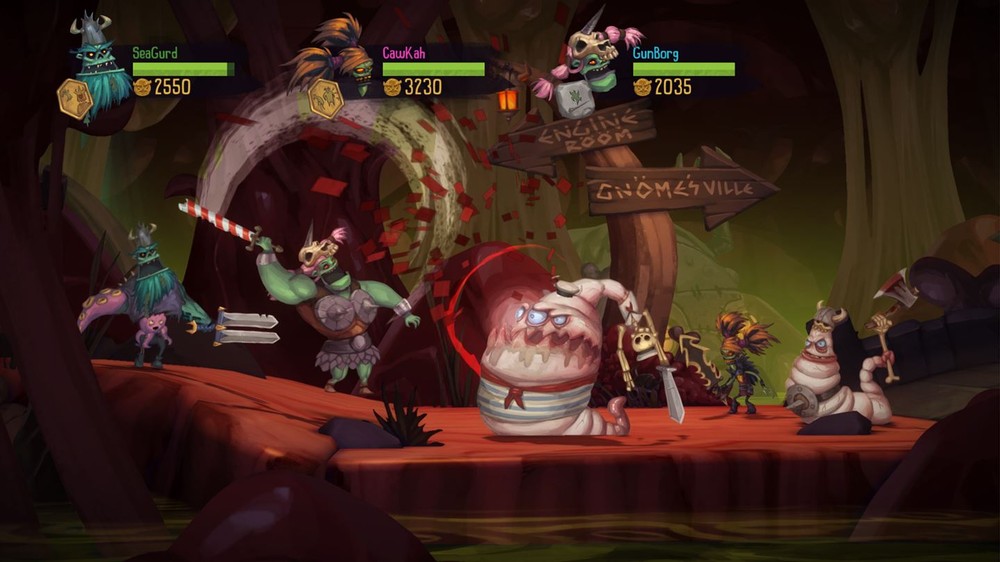 One of my favorite features found in Zombie Vikings has to the weapons and often what it takes to get some of them. For instance to get Stinknir, which hurts and slows enemies over time, you have to do a side quest that requires you to help a blind witch find her missing cat. These side quests can often be completely overlooked as you sometimes have to go off the beaten path to find them. The only clue that they are nearby at all is the vocal shout of someone calling out to you; something I totally missed in the first level or two. There are over 40 different weapons to unlock either by completing levels or side quests. One of my preferred favorites, particularly when going solo, is the Catfood sword. This bony sword reduces your overall health but attacks with the weapon will life steal healing for every hit made on any hittable object even boxes.

To balance out things like the Catfood’s reduction of total life there are also runes that players earn or can purchase from shops ran by two of the most jaded children merchants I’ve ever seen. One of the first Runes you can get actually raises your max health by 5 making the loss from Catfood’s minimal. There are plenty of others as well like one that increase movement speed or one that allows Caw-kaa players to lift another nearby player in the air with her for her aerial dive attack. Each character has a rune that is special to them while the rest can be used by everyone. The nice thing is that weapons and runes only have to be purchased once so once unlocked any character can use the universal ones without individual purchases. 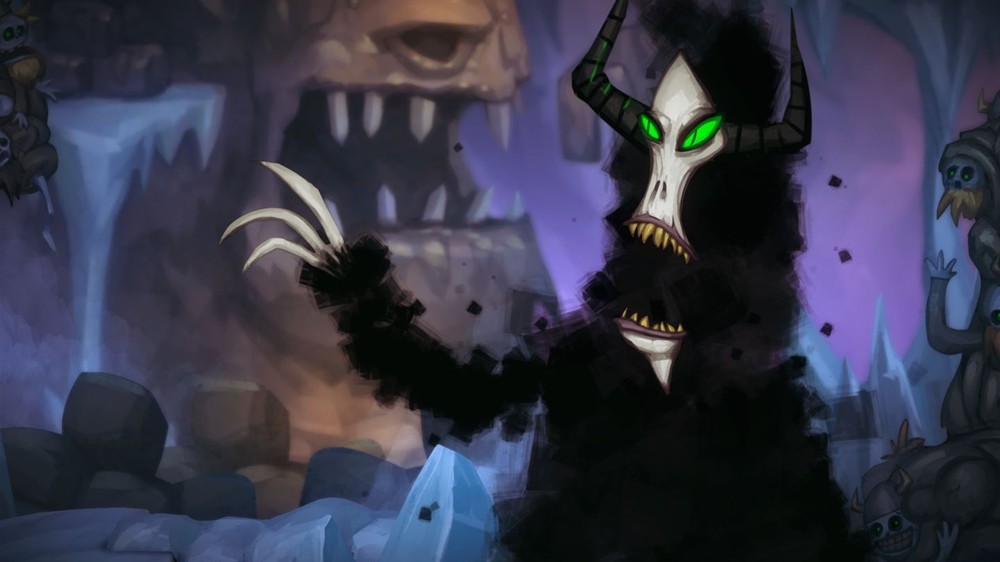 The rest of Zombie Vikings’ charm for falls in its visuals and dialogue. The visuals here in both character style and environments are similar in nature to Zoink!’s previous work but in a much more morbidly comical fashion. I mean where else are you going to find an oversized cat carrying around a stick with another smaller cat tied to it as a lollipop to induce hairball attacks. This side-scrolling beat ‘em up also doesn’t stick to just one fight plane as characters and enemies can move from the center path to paths in the foreground and background. Zombie Vikings also has a very META and pop culture reference presence in its design. Some jokes or references make you groan laugh because they border on terrible but other are chuckle worthy especially when playing as Caw-kaa. Though all the characters have their moments save for Seagurd who seemed to have more of a presence in the cutscenes than any other moment.

At the end of my quest to cure Odin from being completely blind until the end times, I found Zombie Vikings to be rather enjoyable. As a beat ‘em up it was a little longer than I anticipated it on being but I was having so much fun I really didn’t care. The combat was solid with interesting characters with some actual character. Hell, Hedgy is practically Animal that took things a little too far and never looked back. Personally I was a Caw-kaa player all the way but the others were cool too. If you want a twisted take on Norse mythology that puts a crew of zombies in an unlikely heroic role with plenty of hack and slash combat then look no further than Zombie Vikings for the Xbox One. 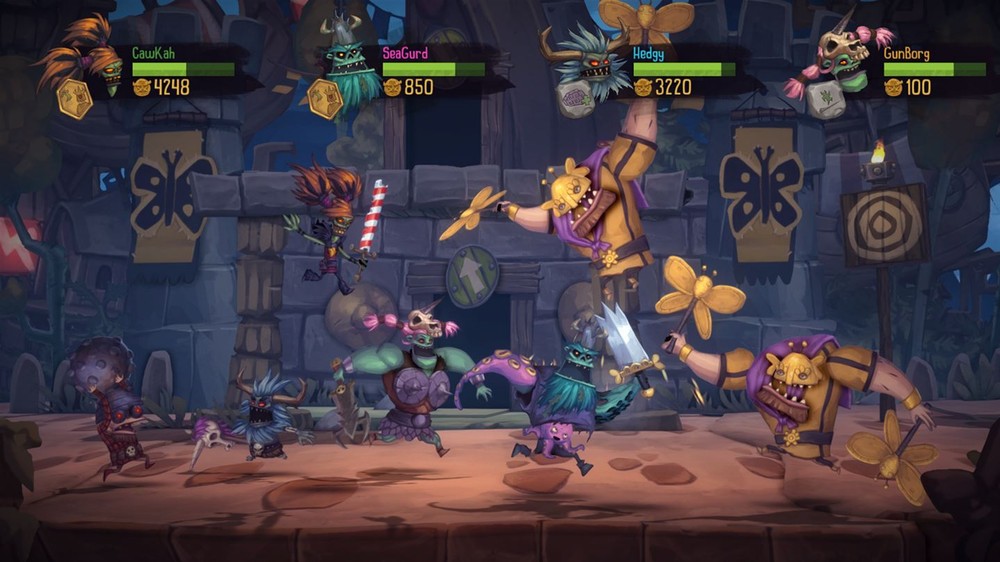 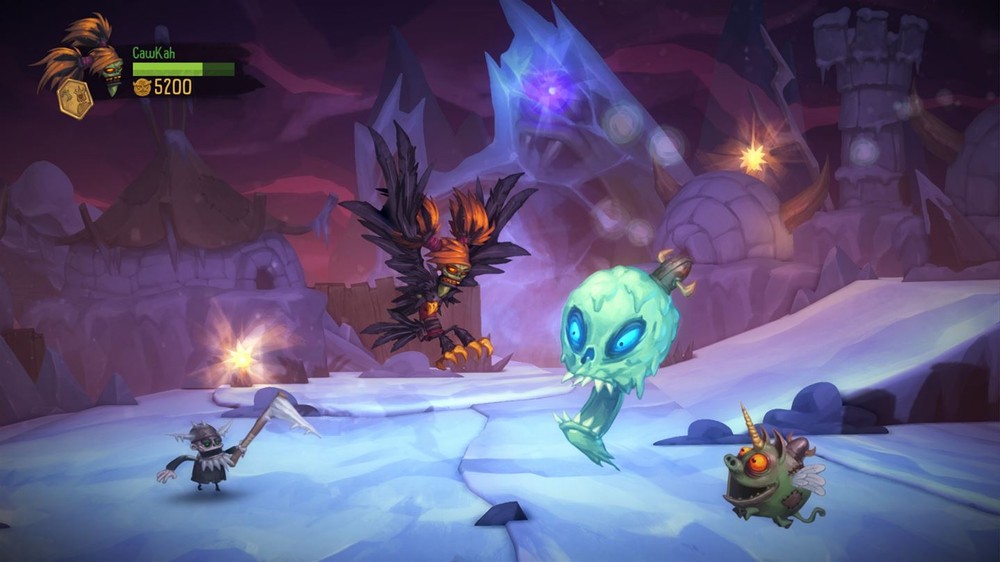 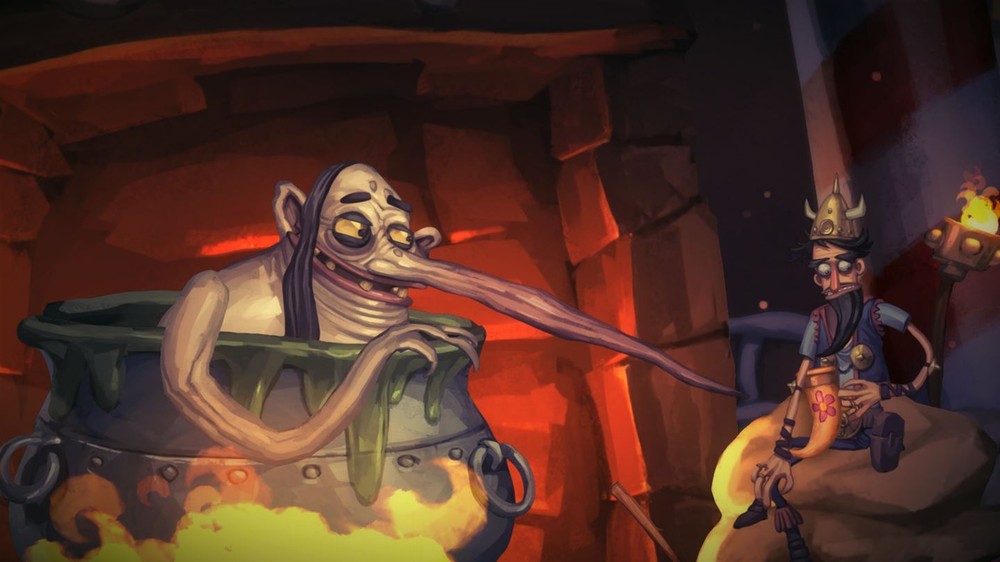 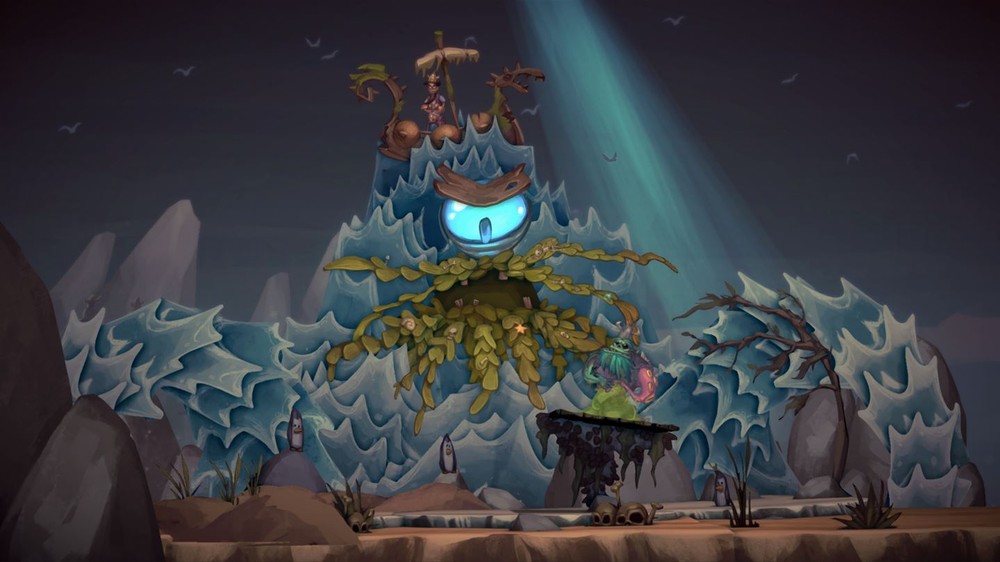