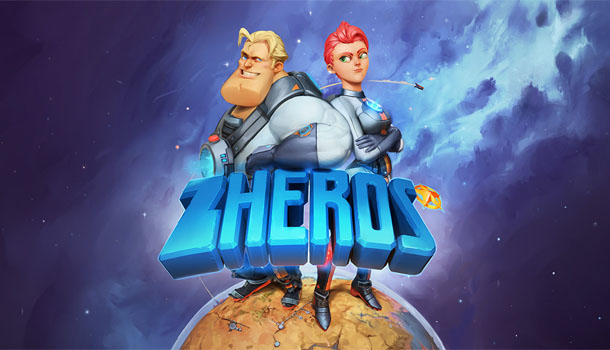 ZHEROS is a BIG ZERO

Some of you may have already played ZHEROS. After all, it did come out last November, but somehow it slipped through our radar – probably had something to do with the holidays and a million other games all releasing at that time, but now that some DLC has released we decided to check out this arcade, action, fighter. Given the almost-six months since release I would have assumed this game would have been a lot better than what I experienced.   Here we go…

From the title screen to the opening cutscene we have a whopping 5:27 load time, made even more painful by the percentile counter in the lower corner that literally took five minutes for the first five percent then zipped to 30%, then to 87% and finally to the opening cutscene. It was here that I was greeted by some surprisingly poor PS3 quality graphics loaded with jagged edges, shimmery textures, and that annoying stair-stepping on angled lines. Yes, this game is being rendered at 720p, and anyone with a 4K TV knows you have to have at least a 1080p signal for any type of unconversion. Not even the PS4 Pro and my Sony 4K TV could upconvert this mess.

The controls felt sloppy with no direct relation to either of the two main characters, Mike or Captain Dorian. I spent most of my time with the game playing Dorian…well…because…err…she can kick high. But even after I upgraded to a few of her advanced moves it was very hard to pull them off with any consistency. I basically had to rapidly alternate between triangle and square and hope the combo registered. There was a noticeable delay when using the shield (L2) or firing the weapon (R2), and even trying to return to the menu by hitting the option button took 3-4 tries. It was like all input was delayed – and I tried three different DualShock 4’s. 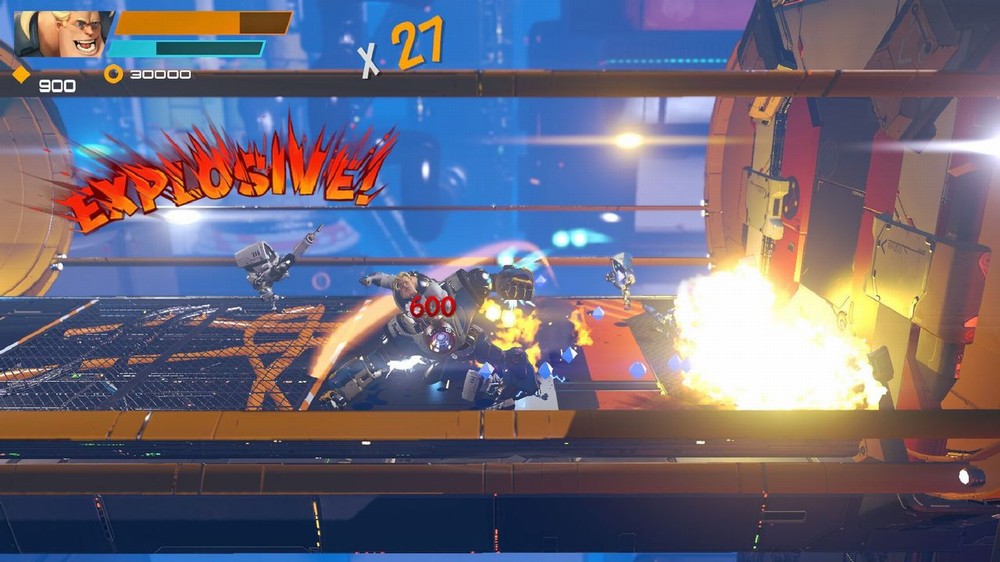 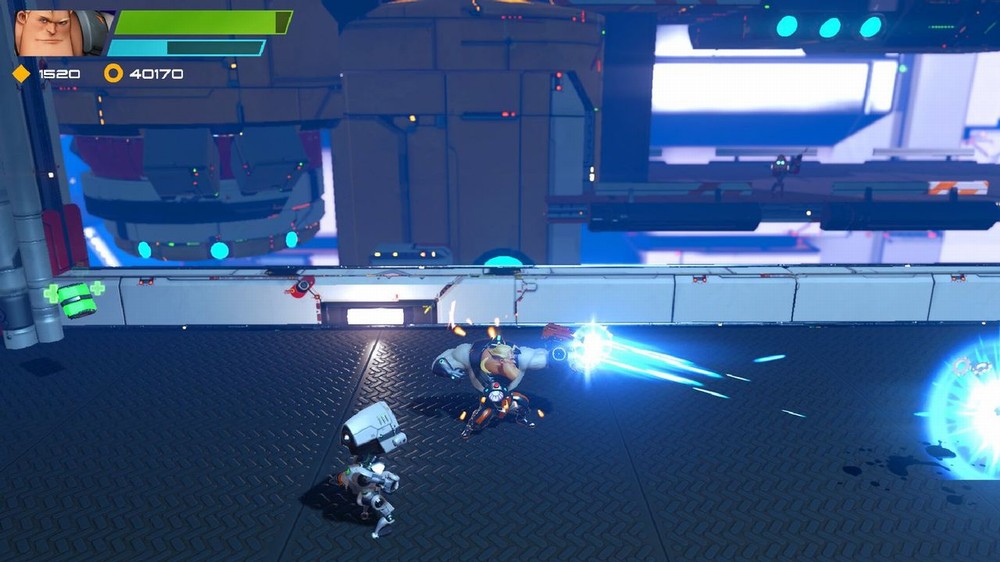 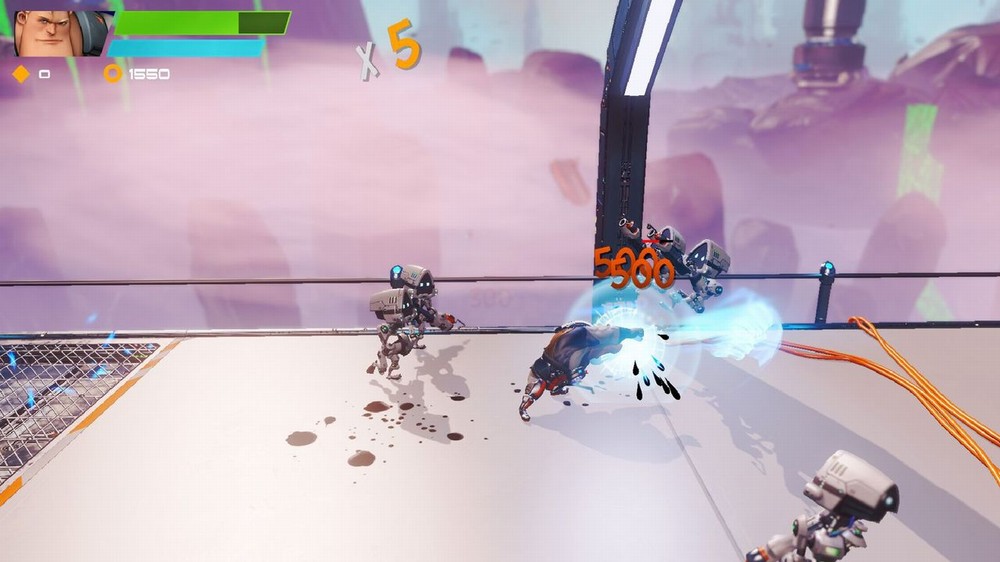 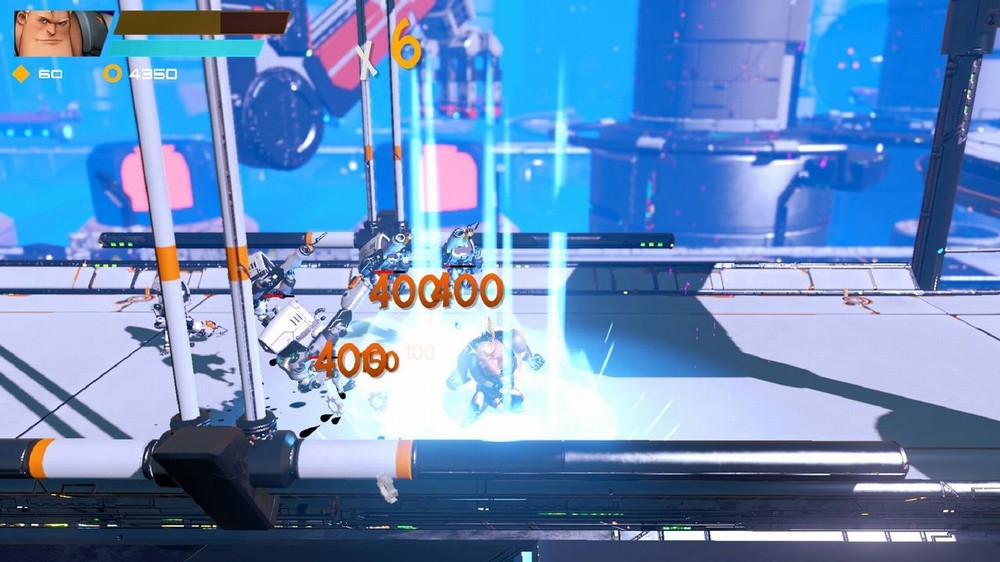 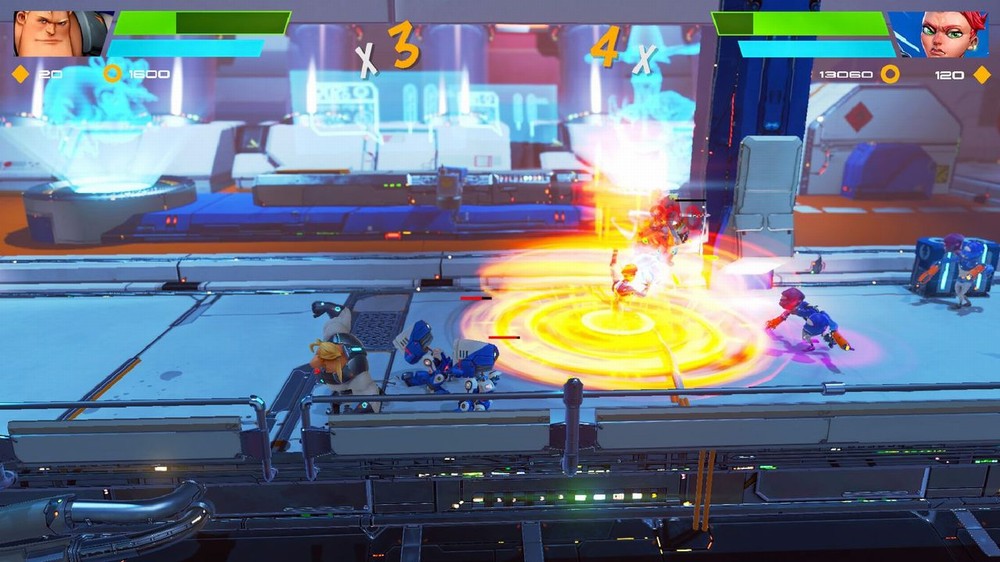 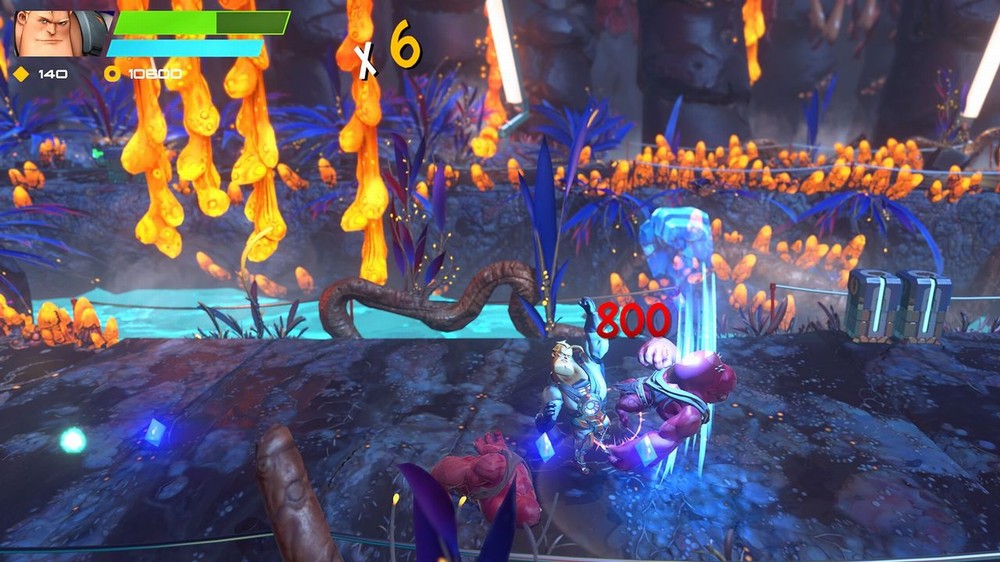 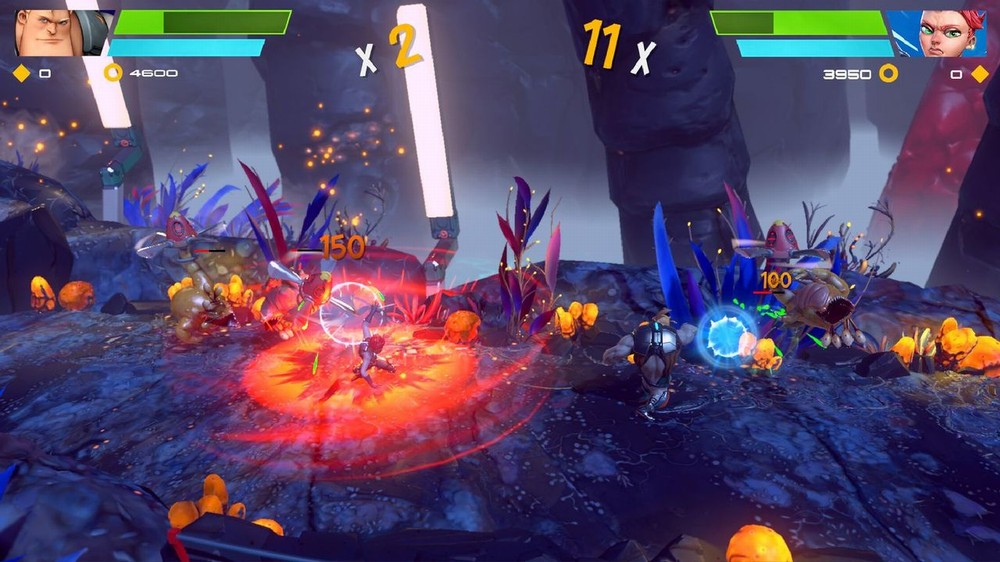 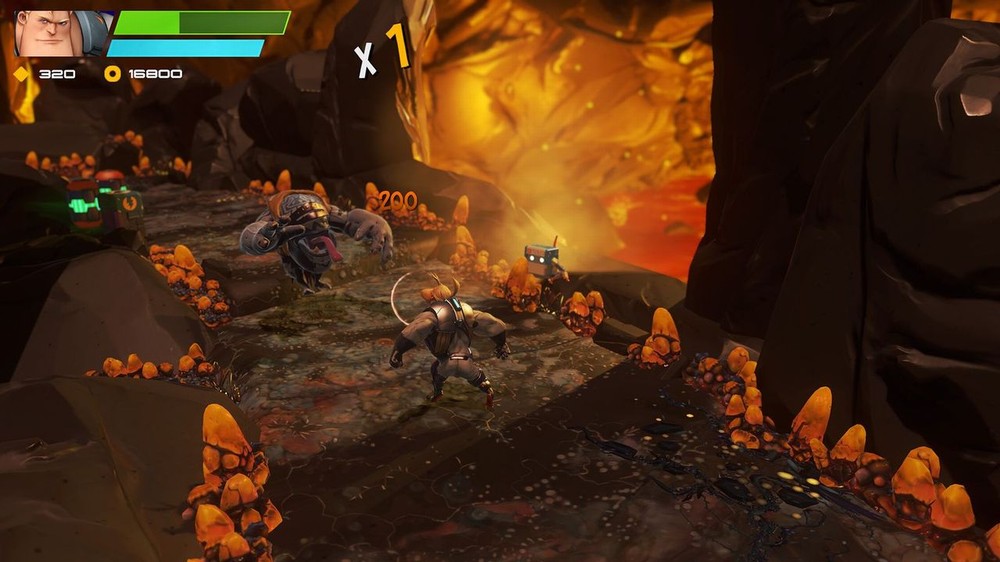 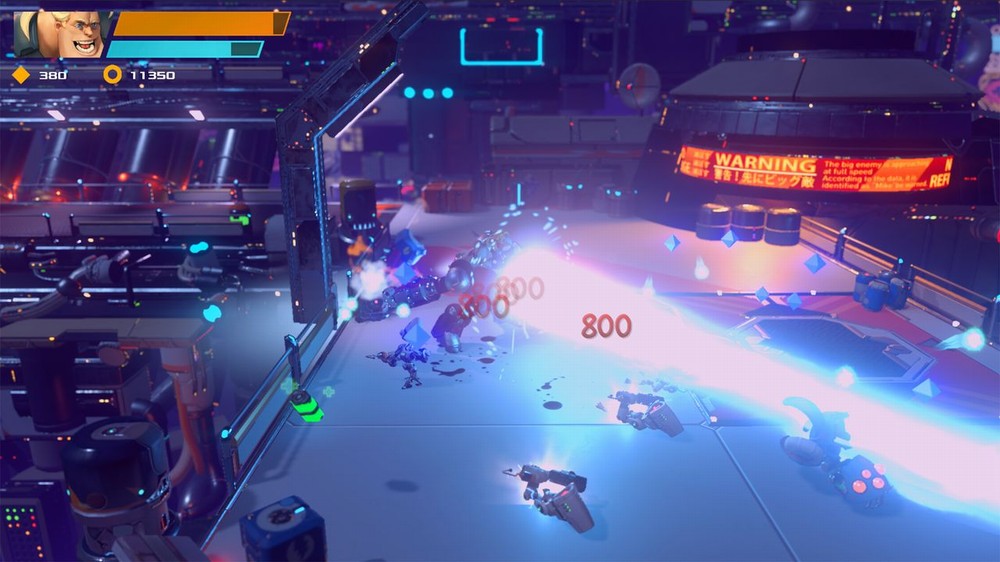 There is a story going on, but it’s all told by silent cutscenes, so you’ll learn more by reading the store description than watching these cartoon characters pantomime the narrative. The core game comes with two levels, each divided into numerous stages where you will proceed in left to right platformer fashion, kicking lots of robot and alien booty and looting the resulting salvage, some of which fuels your weapon and the rest going into your RP counter that will earn you points you can spend on upgrades between the stages.

After that initial shocking load time things picked up a bit with average level loads taking about 90-120 seconds, but even returning to the main menu prompted a 60-second load counter every time. Considering most levels take 8-12 minutes to finish this is not a good use of your gaming time. It’s a shame really because there is nothing going on here that should take this long. Given the simplistic graphics, textures and level design, this game should take mere seconds to load on a PS4 Pro.

It’s a total shame really because this is the kind of game I truly love; a two-player arcade beat-em-up like Street Fighter or Double Dragon in space, but as it is, I wouldn’t inflict this game on a friend or co-worker. While the level design was boring and repetitive for most of the first two chapters there were a few standout stages and fun encounters. 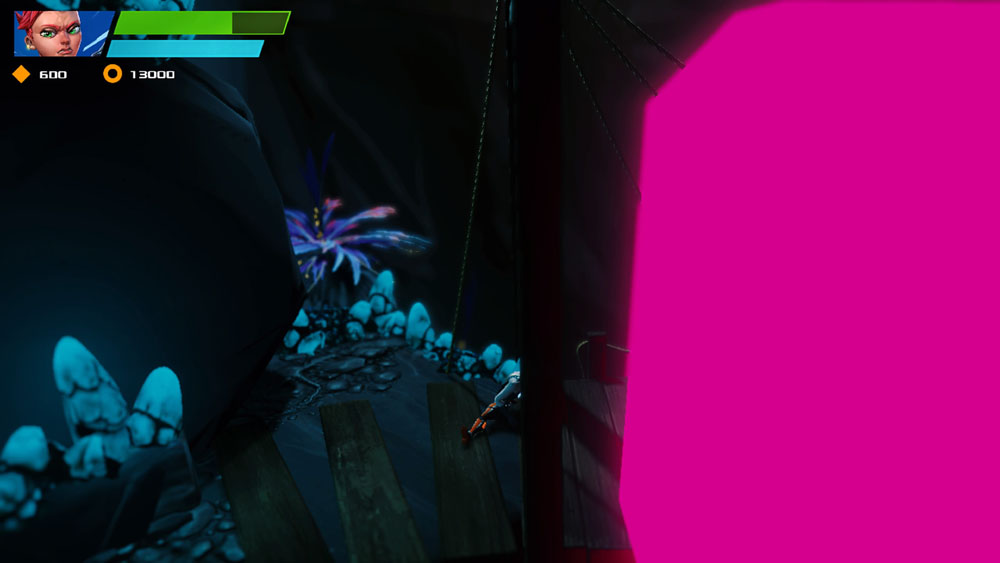 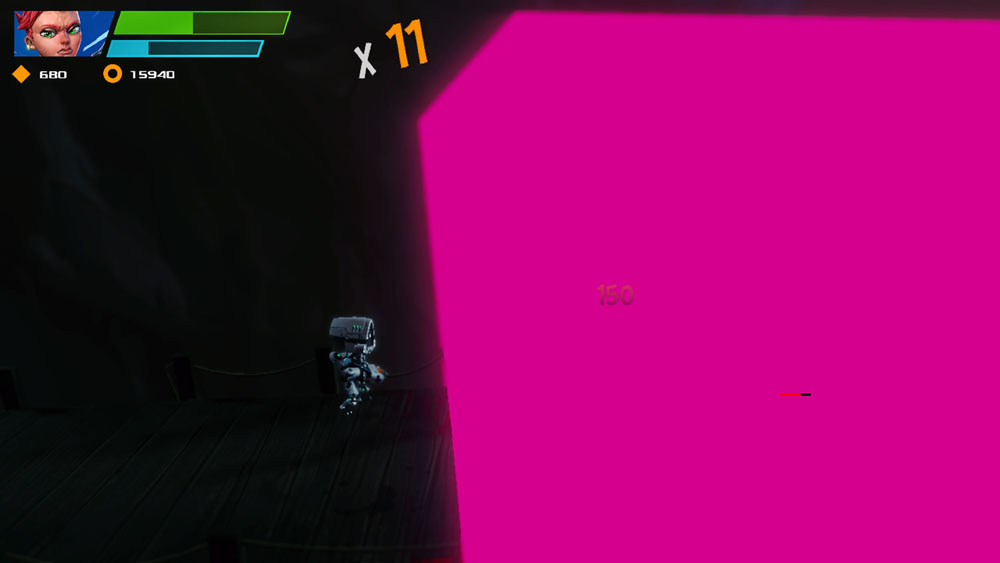 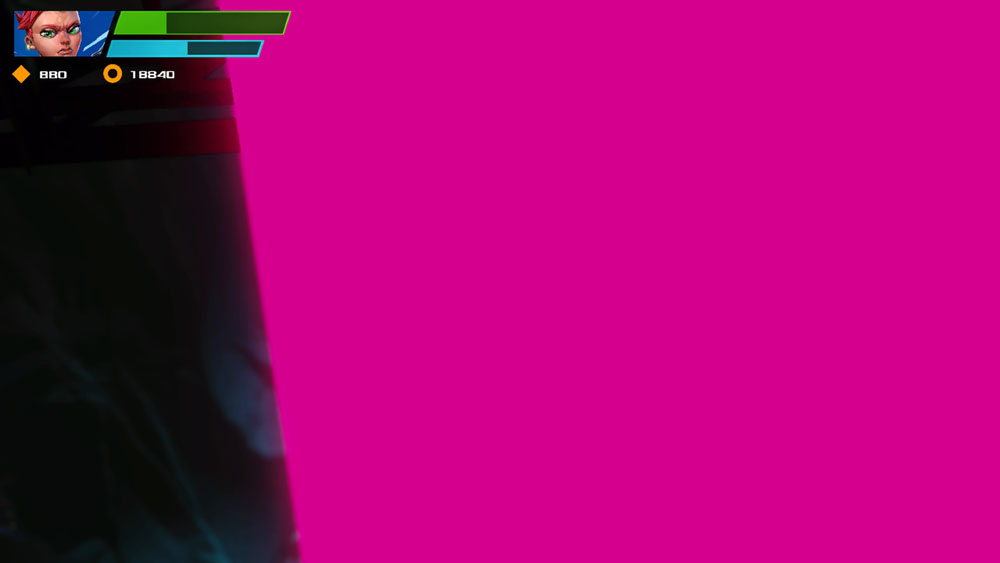 But what about the reason we’re even doing this review…The Forgotten Land DLC. Well, let’s just say that is my biggest disappointment because all the screenshots promised me some cool outdoor action in some medieval or possibly Samurai style environments, and I got to play none of it. The very first level started with a big purple splotch on the screen that slowly grew and crept toward the left as I moved to the right until it was blocking so much of the screen I could no longer fight or even navigate the level. I rebooted…re-installed…and finally just deleted the game and filed this experience away in bad gaming memories. I’ll never get to see those eight new levels or play that new character or drive that new vehicle or learn all those new moves. I’m sad, but there are just too many good (and working) games out there to tolerate this quality; especially for the core game that has been out for months.

Again, I love this genre so it pains me to say that you definitely need to skip this game. ZHEROS and the new DLC are totally broken and look terrible; especially if you are gaming on a 4K TV. I thought we had left 720P in the last gen era. Who knows…maybe they’ll do an HD remake for the PS5. 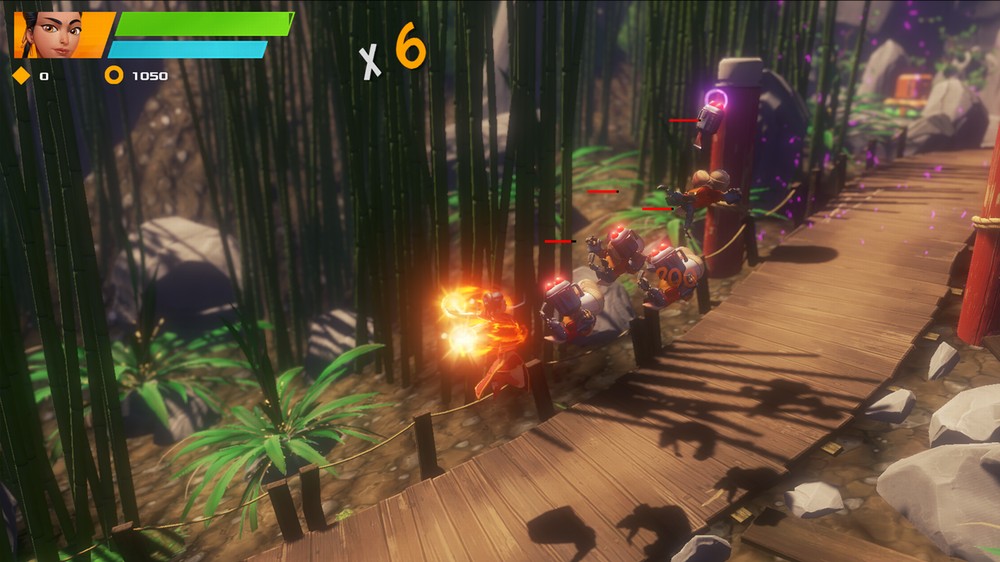 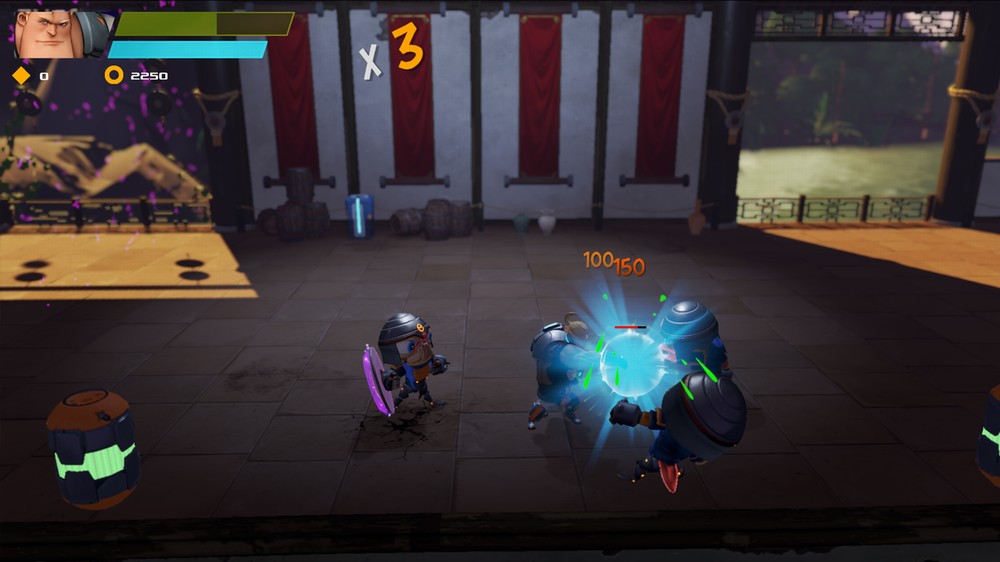 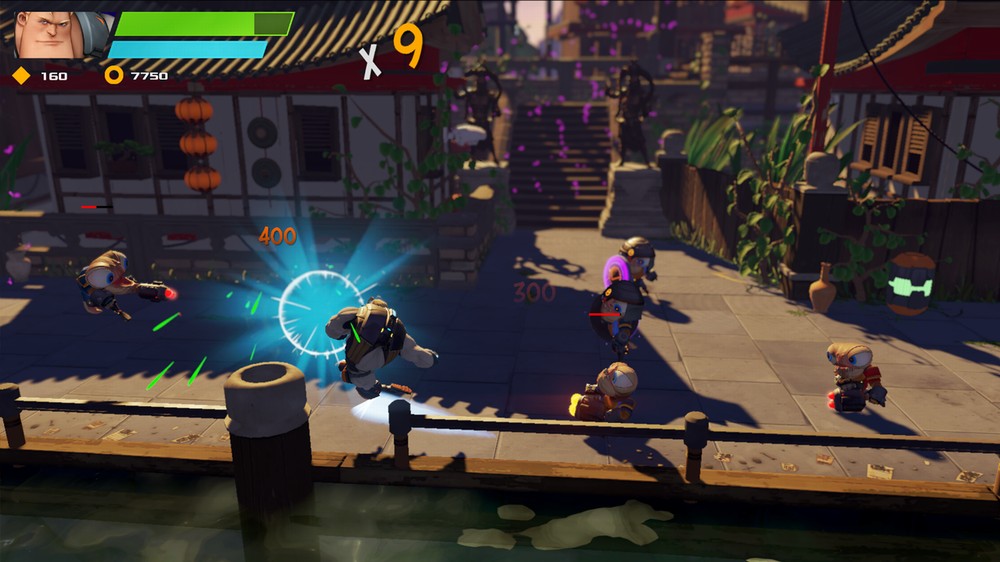 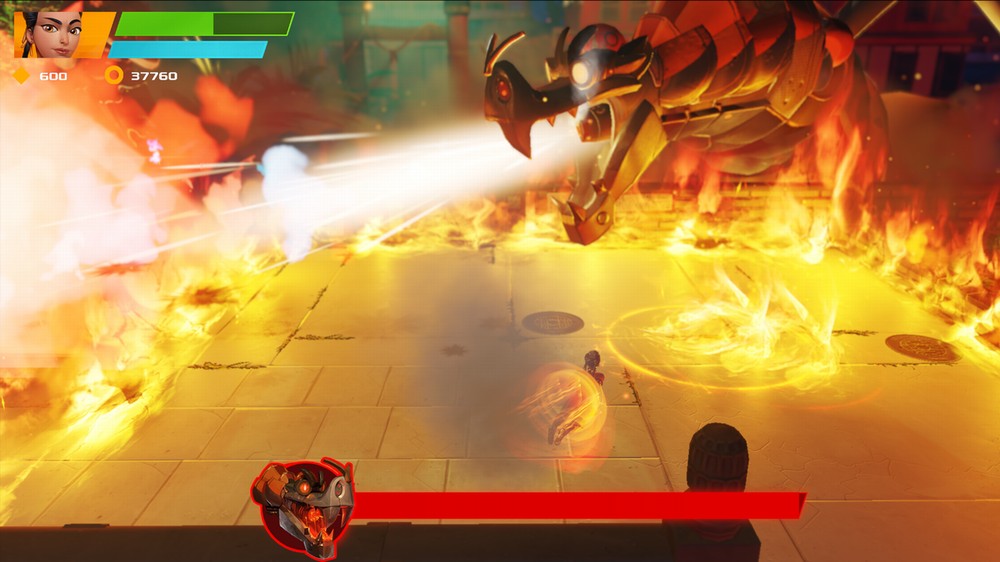