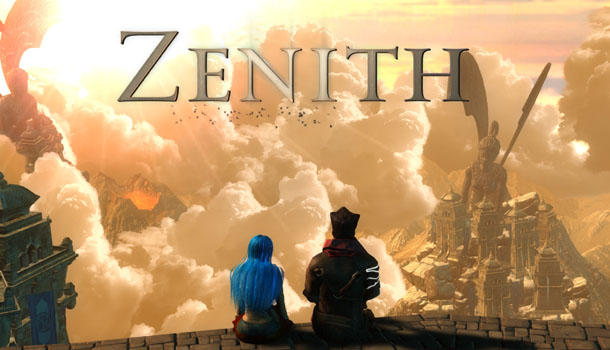 A game that has heart, humor and some classic RPG elements.

The thing about any RPG is that once you’ve played enough of them it’s sometimes hard to find one that stands out from the crowd that grabs your attention. Sometimes you just take a chance and it’s that little gem of uniqueness that you’ve been looking for. Recently I’ve had the chance to check out a new action RPG called Zenith by developer Infinigon and while it’s not without its issues it had enough character to keep me going until the very end.

Zenith is a roleplaying game that tells a story of a world ending disaster caused by a kingdom desperate to put an end to a war against an enemy known as the Homogeny. You play as mage and Arcanologyst Argus Windell, who much to his profession’s credit was crucial in the recovery of an artifact and the following repercussions that you’ll learn about over the course of the game. Oh and did I mention that Argus has so much sarcasm that Vegeta would be proud. Seriously though it’s over 9000!

After several moments of chuckle and laugh worthy dialogue, I was introduced to Zenith’s world and combat system. Akin to one of the biggest names in the action RPG genre, Zenith features a fast paced combat system that combines magic and weaponry to defeat your opposition. Players can utilize either the tradition keyboard/mouse method or choose to use a controller to navigate Argus through steadfast RPG staple locations. I choose the controller route as this was the lesser of two evils as far as combat is concerned. 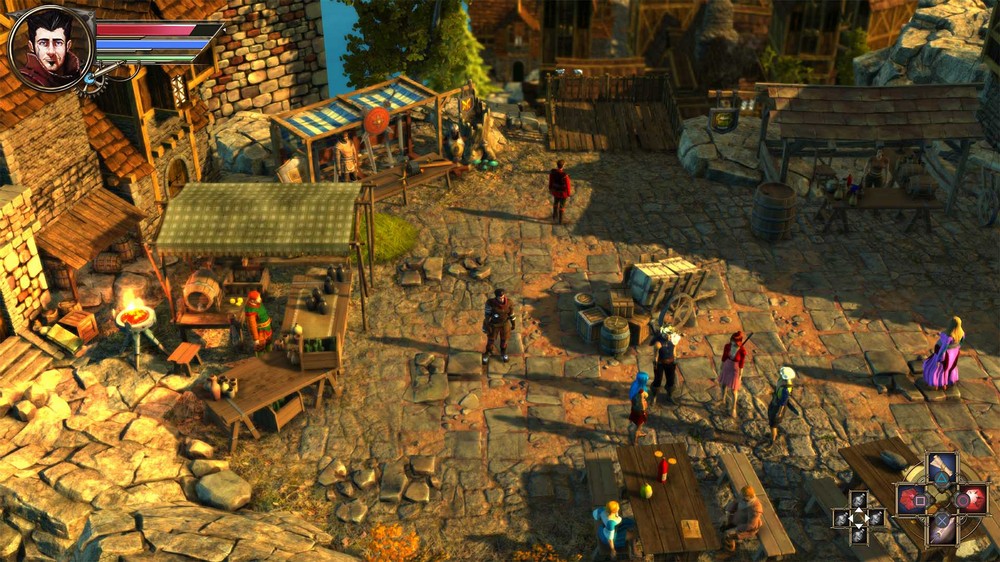 Zenith offers players three main means of attack usually in the form of one of three elements: fire, ice and earth. While I loved hitting enemies with a stone elemental hammer, I found myself inexplicably drawn to the flaming sword approach. While I messed around with all the available options, thanks to loot drops, fire in general seemed to be the most useful option especially with the fire AoE ground pound buffer when being surrounded by foes. Loot drops more often than not earn you gold but occasionally you’ll get more powerful versions of gear and weapons you already have.

The biggest downside to Zenith is that despite having an interesting mix of an arsenal the combat itself was well…lacking in physical substance. Attacks, magical or otherwise while quick don’t have the refinement that you’d expect from games of this genre and every hit doesn’t seem to really have impact on your targets. Even if some of your targets are singing spiders, Zenith has a lot to be desired in the actual combat area. It does however have some merit as the actual character level up system does have all the right elements to give you a leg up in combat. Everything from gaining max health to reduced cost of magic casting can be found within Zenith and while I never really swayed much from the fire element the other two categories do offer incentives to allocating skill points like melee defense and faster health and mana regeneration.

Zenith isn’t all combat though as you’ll take a few moments to solve some puzzles and put Argus’s arcanologyst expertise to good use like this desert location later on. When you’re not busy doing all the above the rest is enjoying the comedy found in the dialogue which is the real highlight of Zenith. It’s definitely apparent that Zenith is a labor of love to Infinigon as I experienced the adventure to the very end. Oh and before you ask, yes the name is the developer just happens to be the name of the major magical faction in the game. Yeah I see what you did there, Infinigon, very Meta of you guys. Of course there are other nods to well-placed genre staples and other pop culture references. 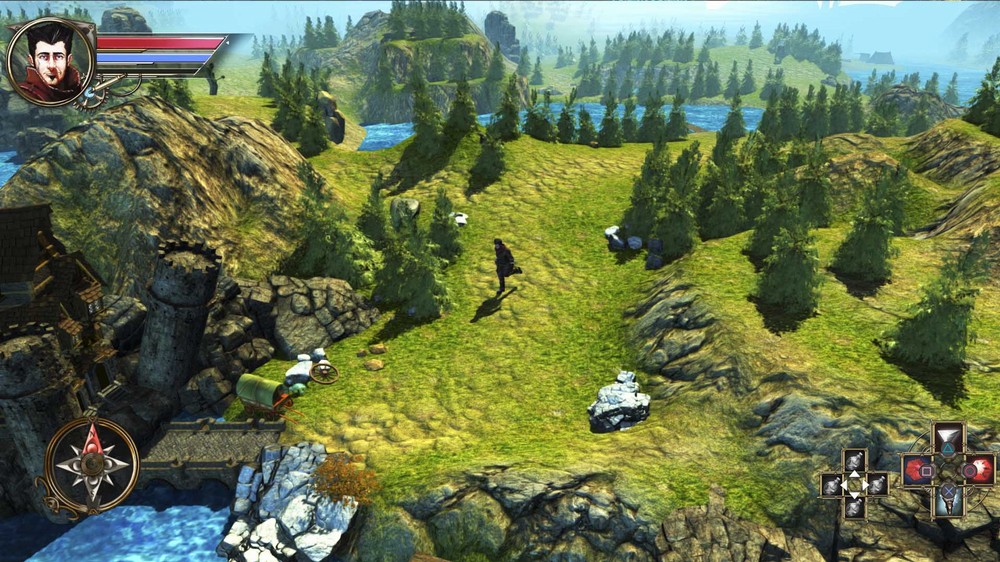 One of my driving forces behind beating Zenith other than my need to fully complete RPGs is that I couldn’t wait to find the next reference or enjoy the next conversation. The witty dialogue in Zenith for me falls somewhere between Monty Python and Shrek with a sprinkling of Fable like charm to drive it. Anyone that has played RPGs or paid some attention to anime or pop culture in general will catch most of the thinly veiled references. Some jokes of references however might be lost to the uninformed but overall I enjoyed them immensely. Zenith isn’t all jokes though as there was some genuinely serious moments to be found within. Most of those deal with the “wayward” Argus who despite his sarcastic nature generally seems to care about the mess that was created and wants to actually fix what he was a part of.

Other than the humor, the one thing that I actually enjoyed about Zenith is its visuals. While you can’t tell it from the menu screen alone, Zenith actually has a mostly pretty package via the Unity engine. Sure there were a few visual issues like some of the attack animations but the world of Zenith itself was actually really good in its design. All of the “dungeons” that you navigate Argus through are well designed and are presented in such a way that they often showcase gorgeous view like the floating capital city.

Most of the time however you are stuck in dark eerily lit foreboding dungeons that were all well designed complete with accompanying foreboding music. The music isn’t all dark though as there are peppier fantasy pieces to be heard during comedic bits and even some rock music to heighten the mood when taking on the few bosses that Zenith has to offer. The one thing that is kind of a downer is that there are no real options to be found with PC configuration as far as visuals and audio is concerned as the menus are pretty bare bones. 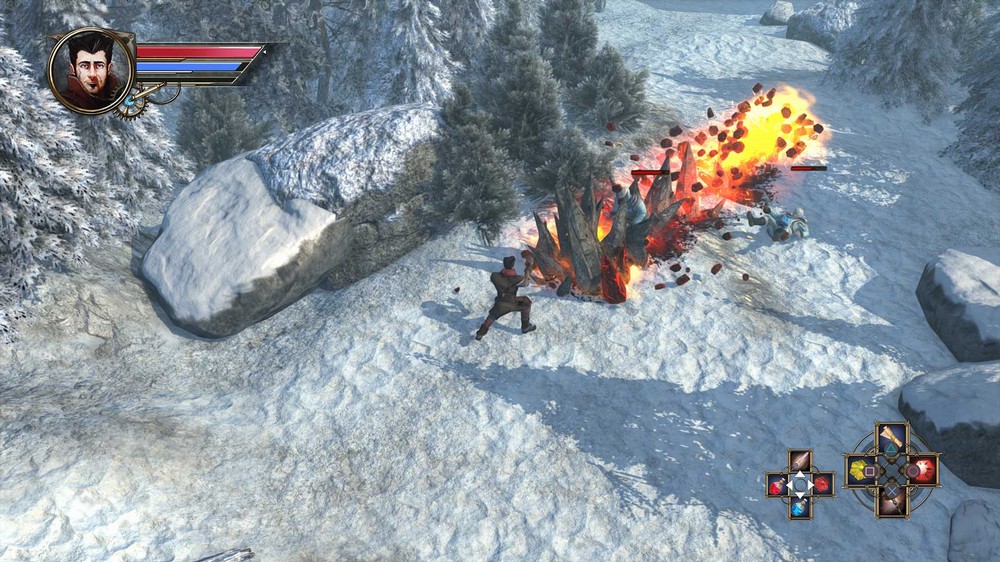 In truth, Zenith isn’t a particularly long game story wise but if you take the time to pick up all the side quests here and there you could easily put around 12 plus hours into it maxing out every skill available. Zenith had its moments during combat and even one puzzle that made me want to give up on it but my stubbornness to accept defeat in RPGs paid off and I made it through to its conclusion. Part of my frustration in combat came from cheap hits caused by imprecise controls while the other was caused by forgetting about an up until that point nearly ineffective “shield” during the aforementioned troublesome puzzle area. Picture Dark Souls dragon on bridge part when you realize that you can actually survive being roasted alive by a one hit kill attack.

Zenith is the product of a developer that wanted to bring a charming, humor filled old style roleplaying game back into a market that has moved on to much more fanciful fare. The end result for me a story that was enjoyable, a bit touching and one with characters that were memorable. That said it’s hard to ignore the fact that the combat and loot system were less than desirable. Had a little bit more physical attack presence and variety of loot been present then Zenith would definitely have been a much more solid investment. While I love Infinigon’s apparent love for the genre and its roots the humor and storyline was undeniably the biggest driving points for me to see it to the end. If you’re in it for a well-polished dungeon exploring evil bashing adventure well…there are definitely better choices. However if you want to experience a game that has heart, humor and some classic RPG elements then Zenith on PC may very well be just the game you’re looking for. 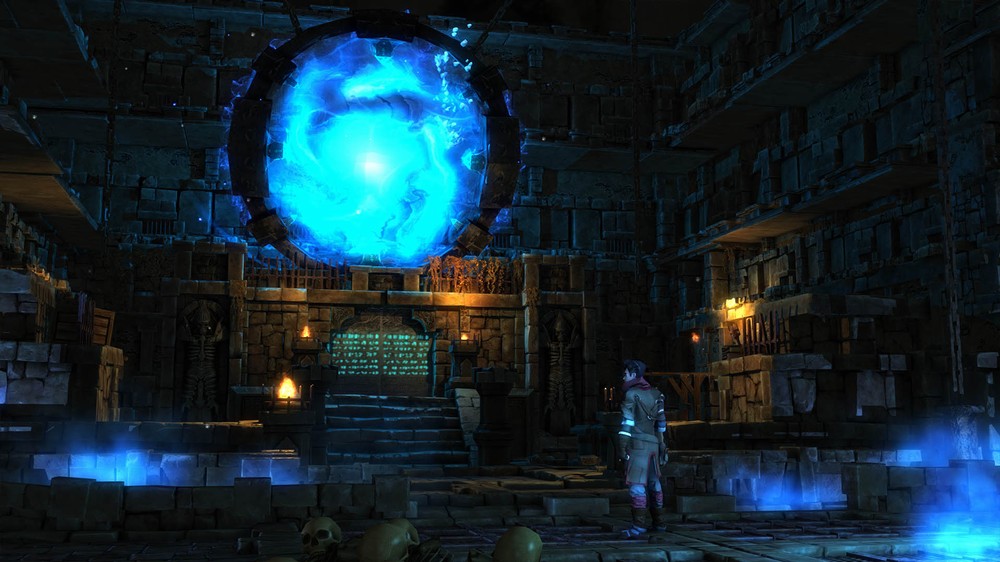 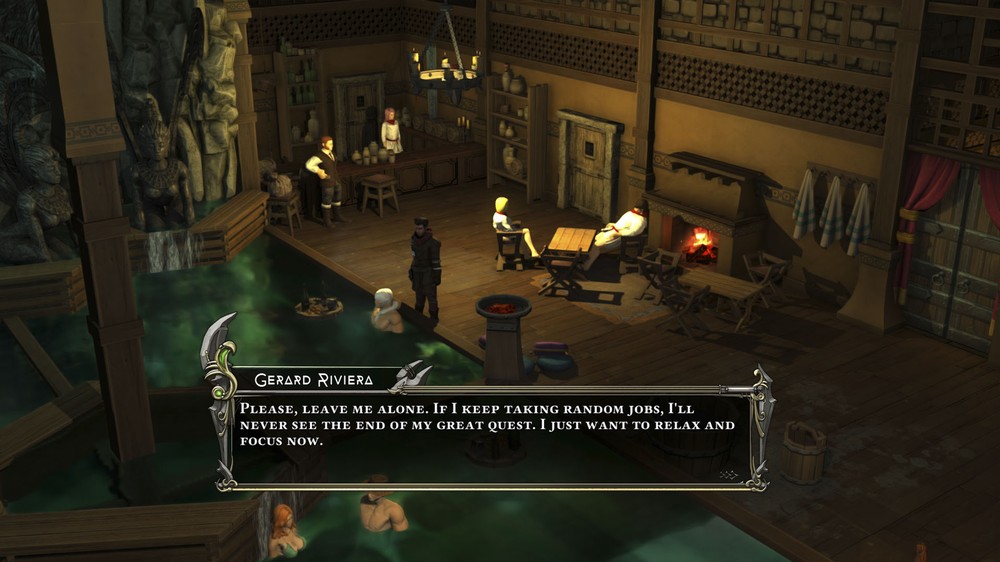 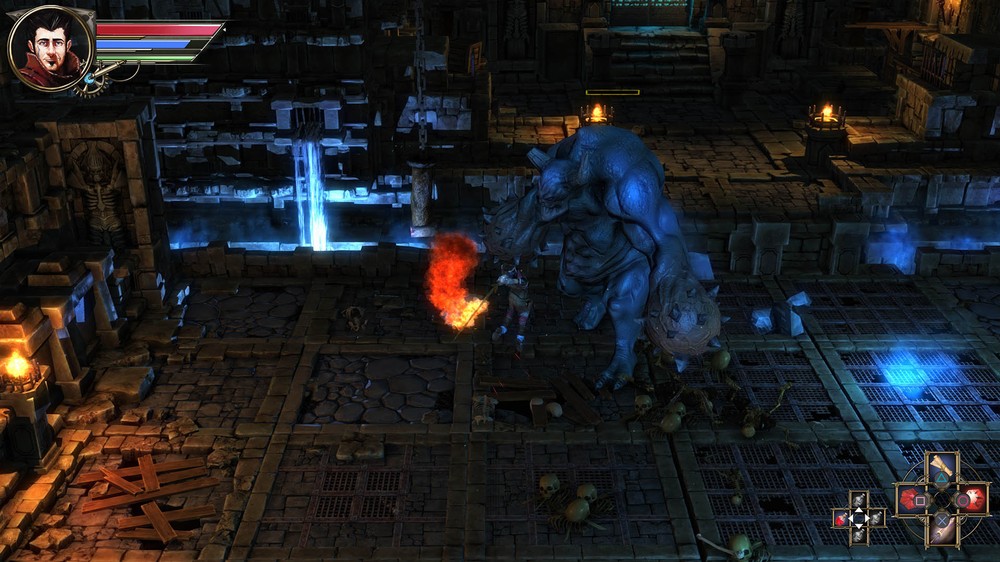 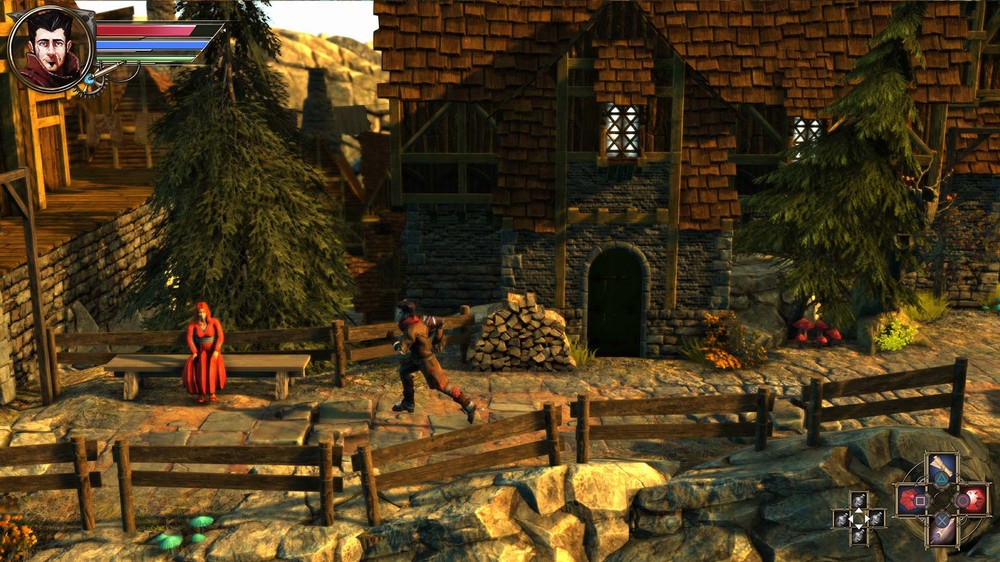 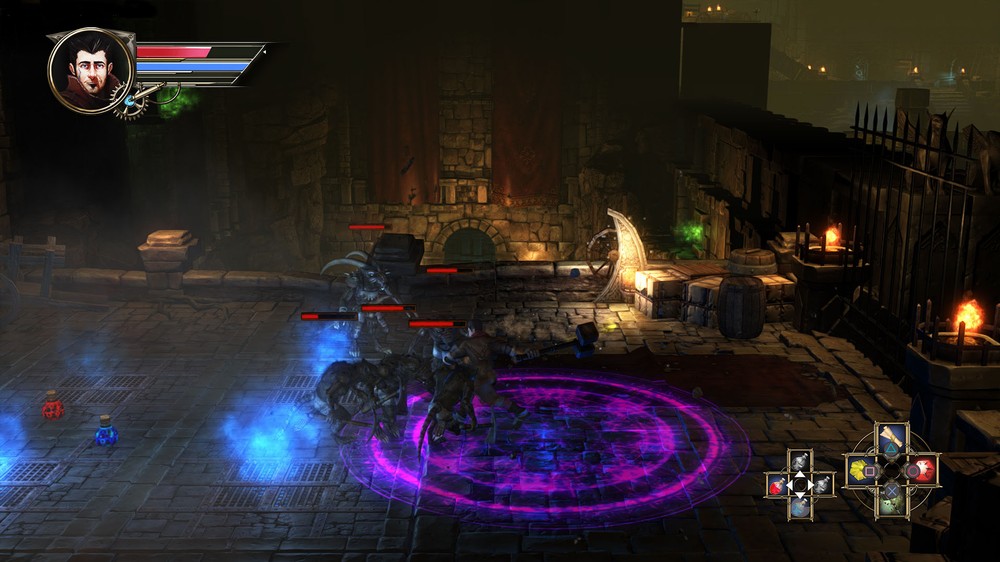 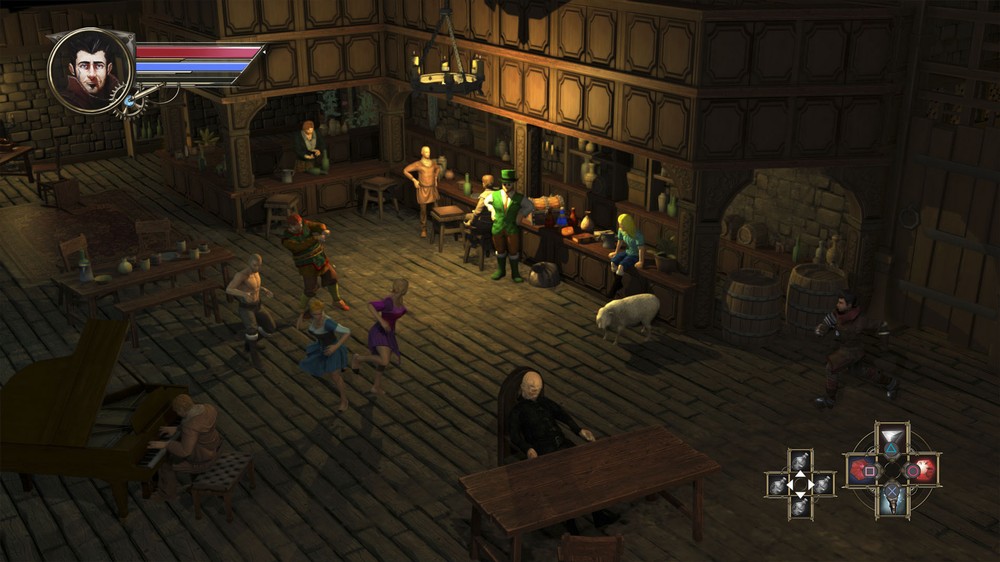