Not all existing tables are available for the PS4 version

You don't have to be deaf, dumb, or blind to know that Zen Pinball 2 is the best console pinball game to date.

I’ve been playing Zen Studios’ pinball games for…well…as long as they’ve been making them.  I have played and reviewed all the various versions on consoles, handhelds like my 3DS and PS Vita, and iPad, and even the PC when the game came to Steam earlier this year.  The PC version was not only the best edition to date, with its silky smooth framerate and responsive controls; it quickly became the home to my most complete library of tables.  So when Zen Pinball 2 recently released on the PlayStation 4 I was ready to tackle my silver ball addiction on Sony’s next-gen console and see if it could possibly rival my PC experience.

Zen Pinball 2 is the same tried and true pinball game you have likely already played on one of those aforementioned systems, only now it has the power of the PS4 behind it for incredible 1080p graphics fidelity, smooth 60fps gameplay, and the same great physics and control you’ve come to expect from this series, yet somehow improved once again. 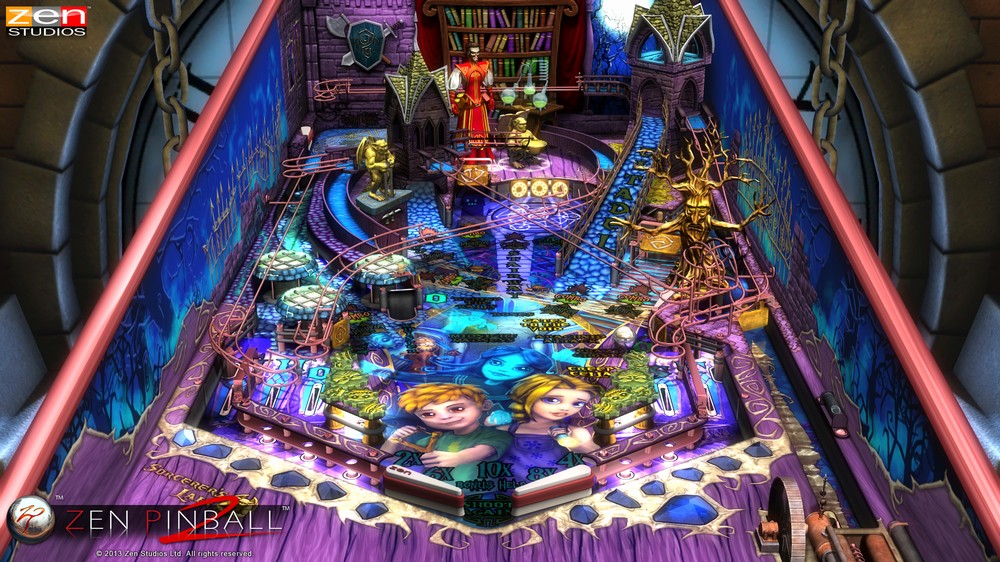 Zen Studios is doing some pretty clever marketing in that you can download the core game engine and the fantasy themed Sorcerer’s Lair table will be free.  There are 20 tables available at launch like the new Marvel Pinball: Dr. Strange table, as well as select favorites from past games including:

Those who have already purchased these tables for PS3 or PS Vita will be able to import them, free of charge, into this new game.  There are timed demos for all the tables so you can try any of them prior to purchasing.  Tables are $2.99 each or $9.99 in select bundles and with more tables on the way in 2014 including new Star Wars and Marvel themes, there won’t be any shortage of exciting pinball action on the PlayStation 4.

Up until now the majority of my Zen Pinball 2 gaming has been on my Xbox 360 and more recently, the PC using a 360 gamepad.   While the PC still offers near-instant load times the PS4 isn’t far behind, but the true deciding factor is in controller response.  There is virtually no flipper delay from the time you squeeze any of the trigger or shoulder buttons to the time your ball is knocked back into play.  Visually, the game is just as good as the PC but a considerable step up from Xbox 360 and PS3 versions, which is where most PS4 gamers are coming from. 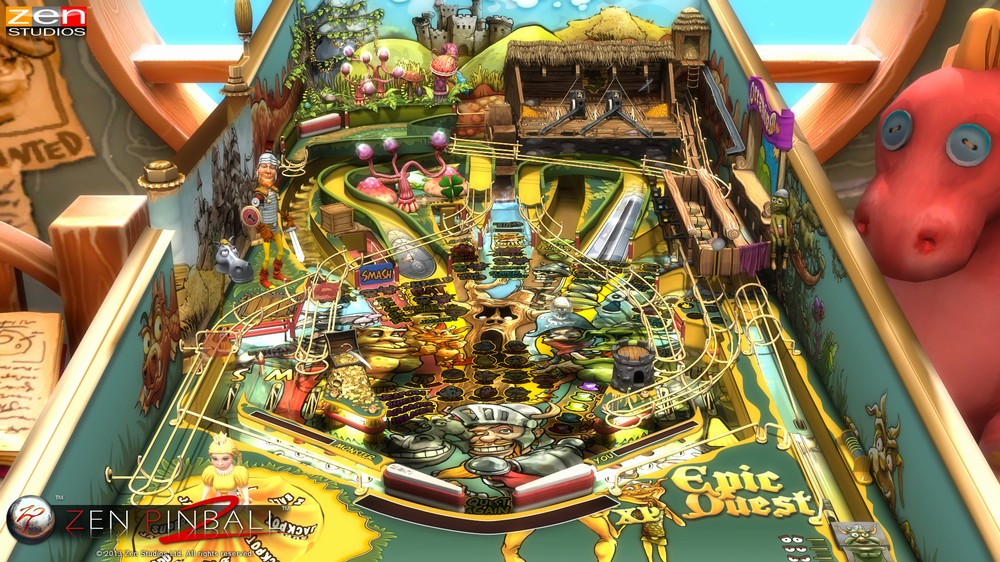 The smooth panning not only makes it possible but also enjoyable to play the various tables from almost any camera view. Before, there were scrolling and panning issues and screen jitters that restricted my last-gen console play to one or two views that wouldn’t make me queasy. Now, I can get right down in the action and appreciate all the artistic detail in these tables and still have the reaction time to keep the ball in play and set new high scores.

As far as features, everything we’ve had in the past has been carried over including individual table achievements, local and online leaderboards, the Superscore and Wizard Score ranking system, and of course, local hotseat multiplayer.   Sadly, Superscores and table high scores do not import into the new game so prepare to start your pinball career from scratch.  Another potential negative is that not all tables are coming to the PS4 (at least not for now), so many of your favorites may be getting left behind.

The PlayStation 4 version of Zen Pinball 2 just puts an extra shine on the glass and a twinkle on that silver ball while offering up the best pinball action you can experience without hanging out in a bar, bowling alley, or forgotten arcade.  And best of all, any investment you already have in the franchise or table library is preserved with the awesome ability to import and upgrade your tables to the new next-gen format. 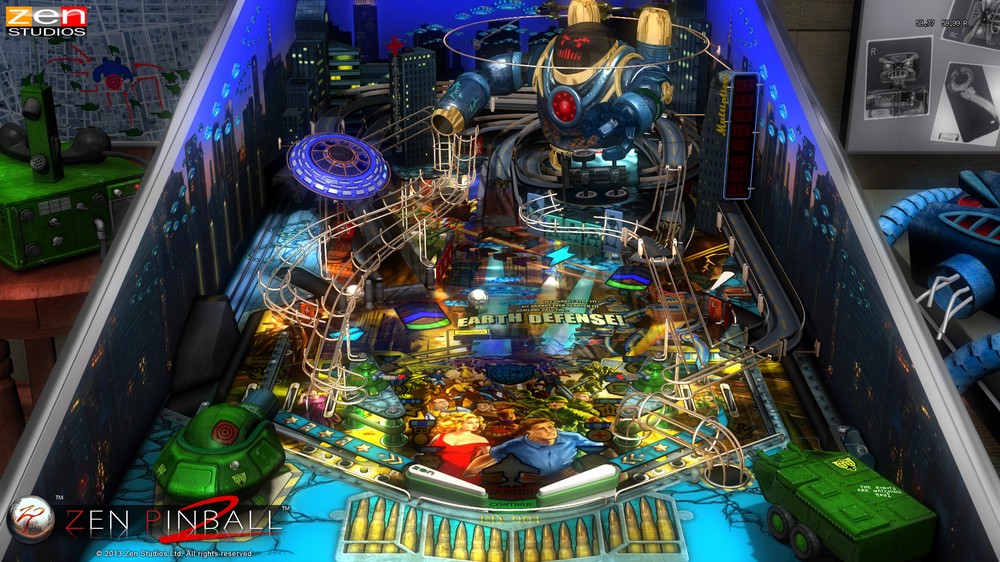 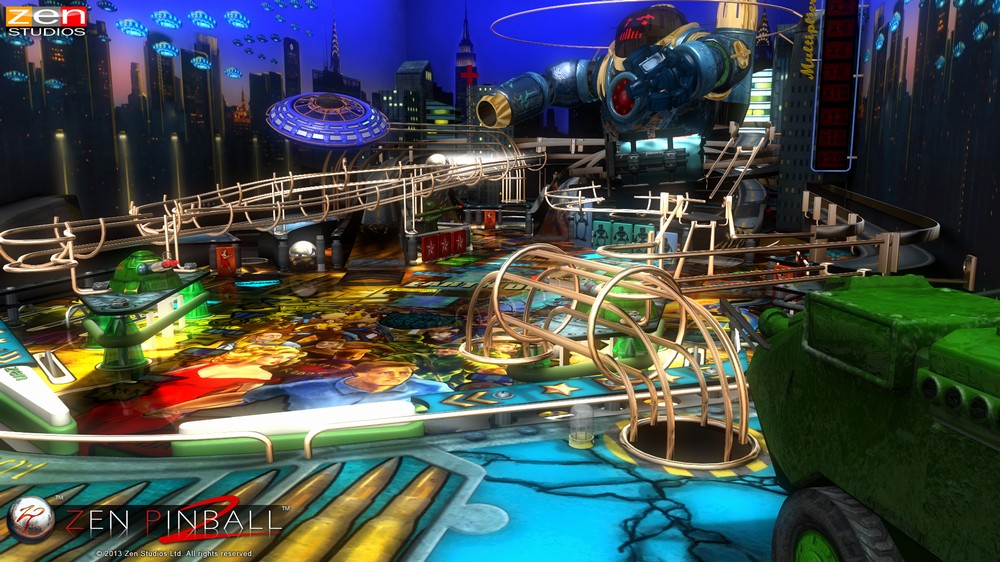 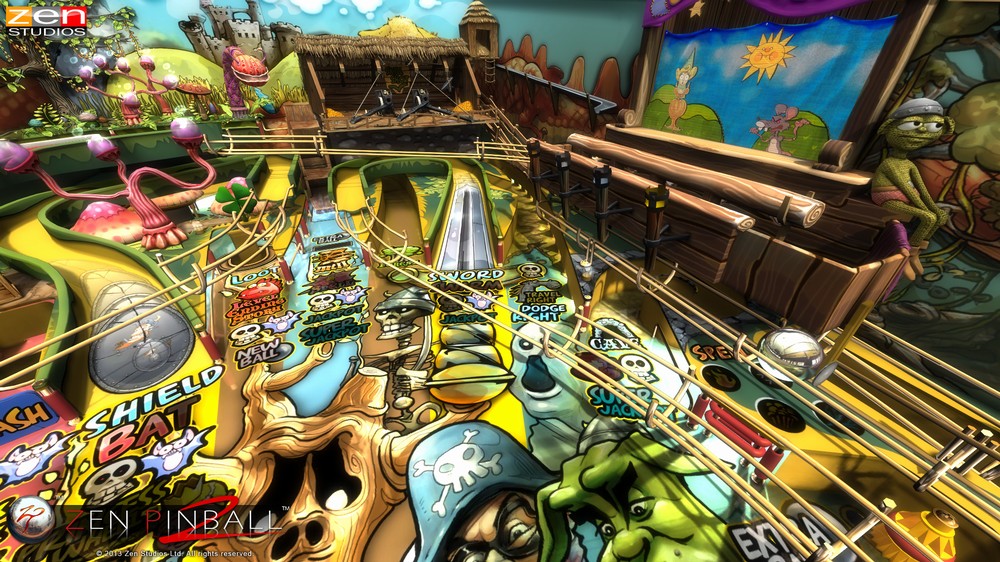 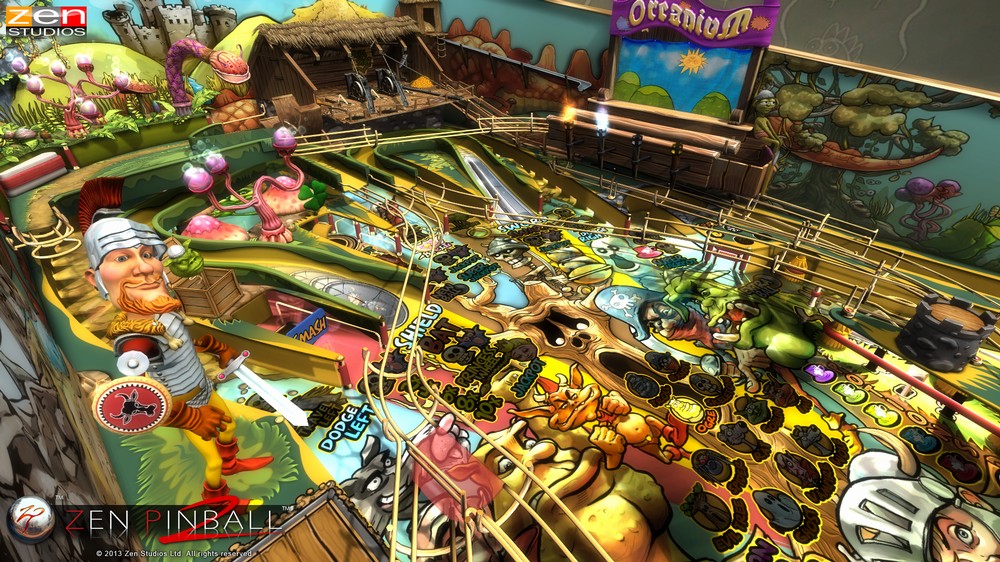 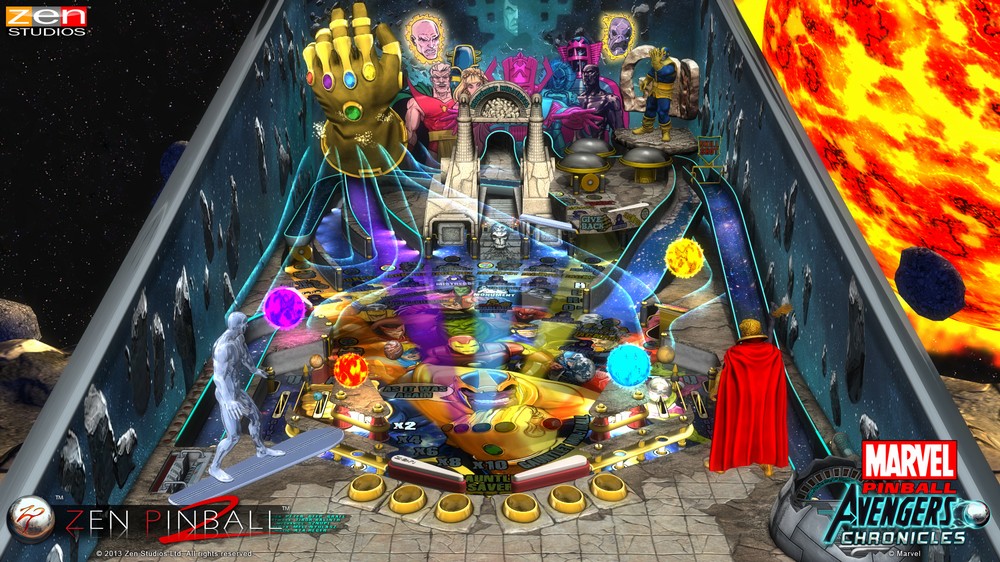 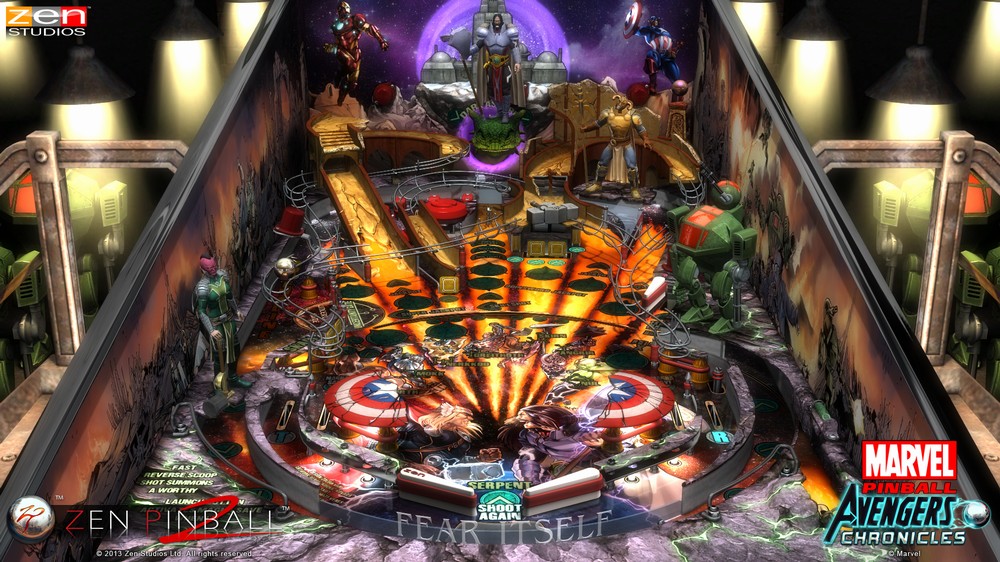 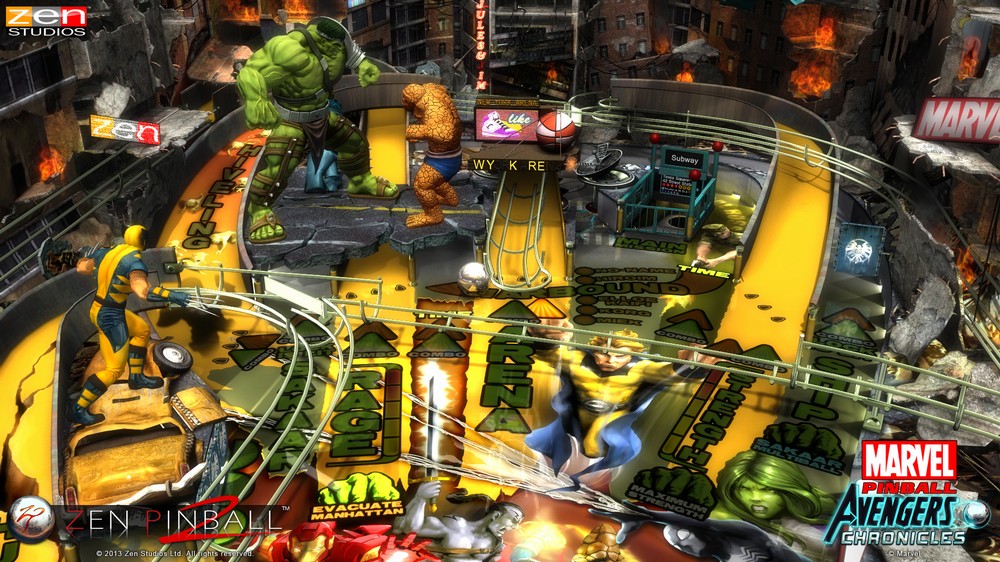 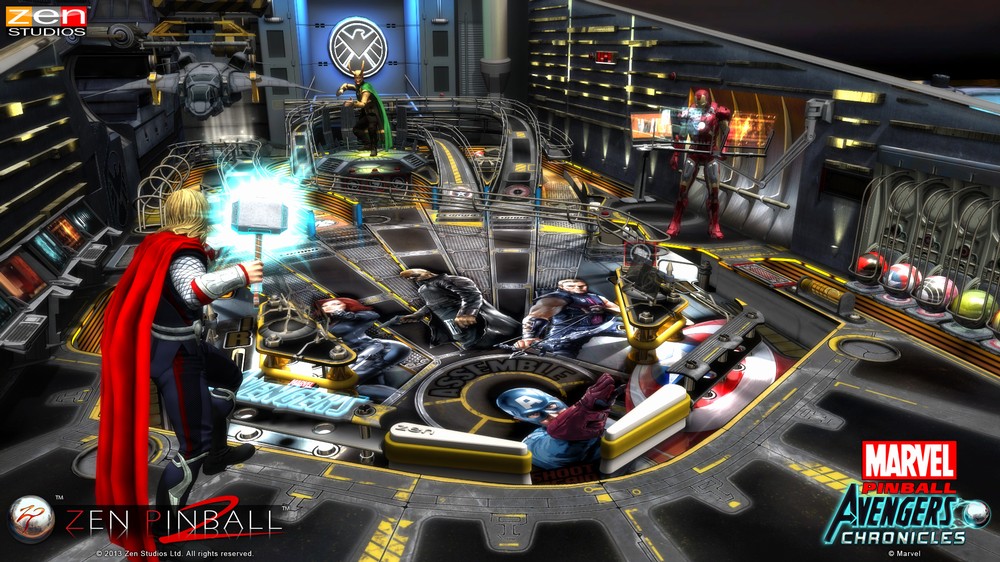 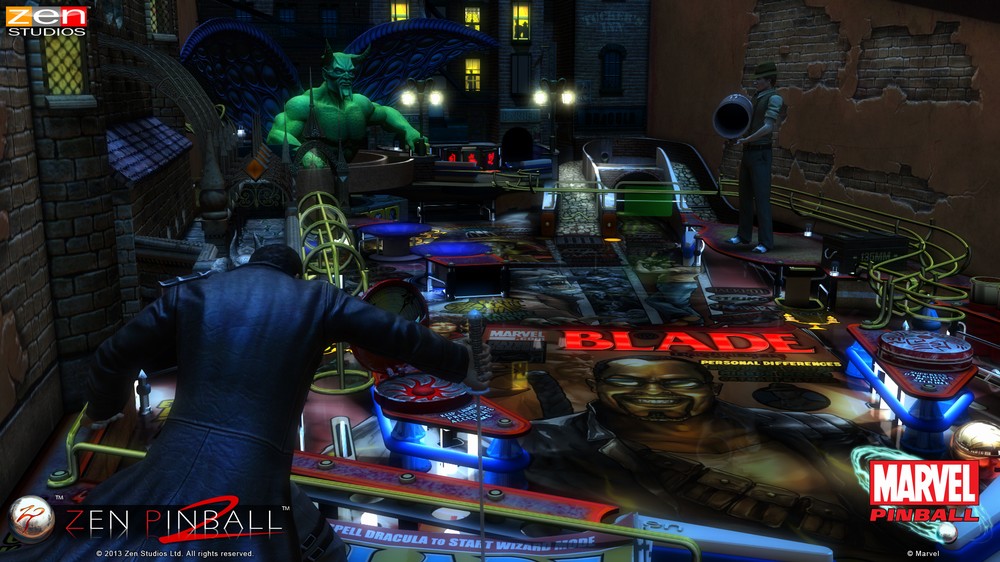 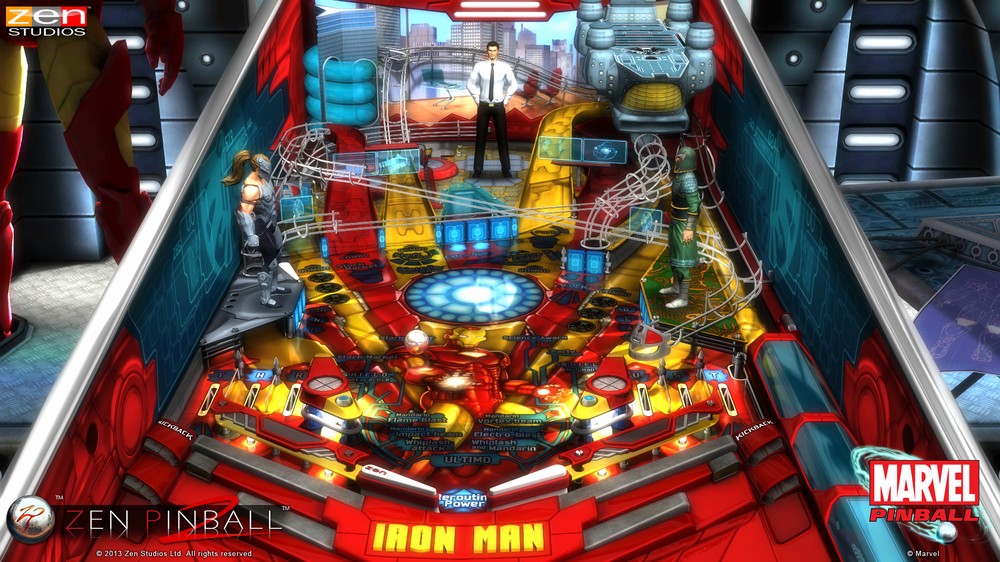 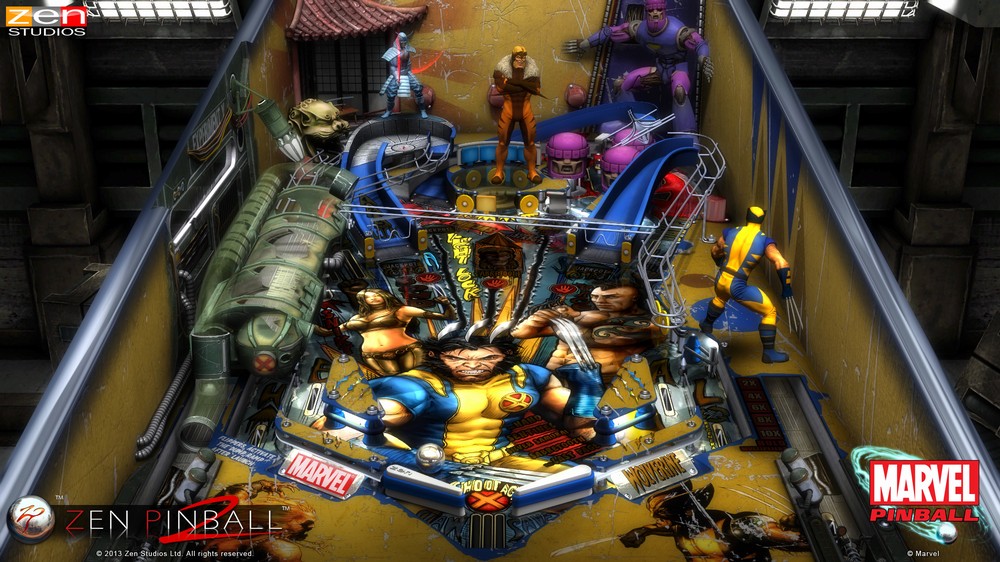 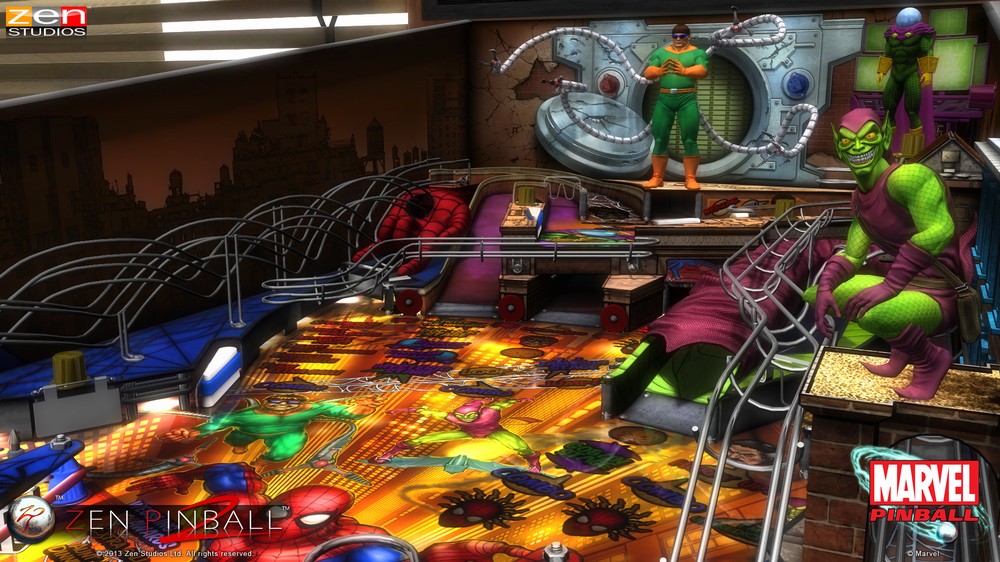 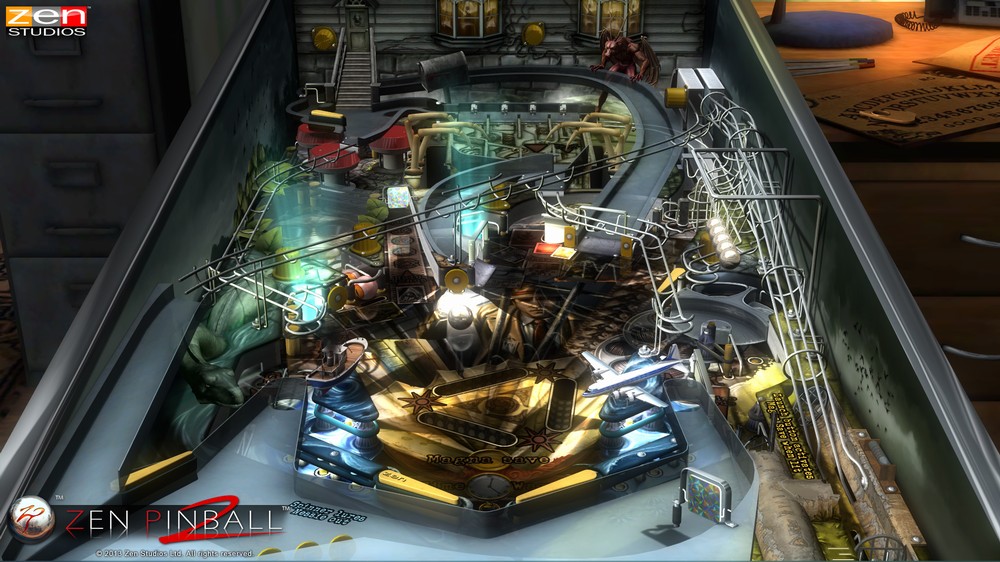 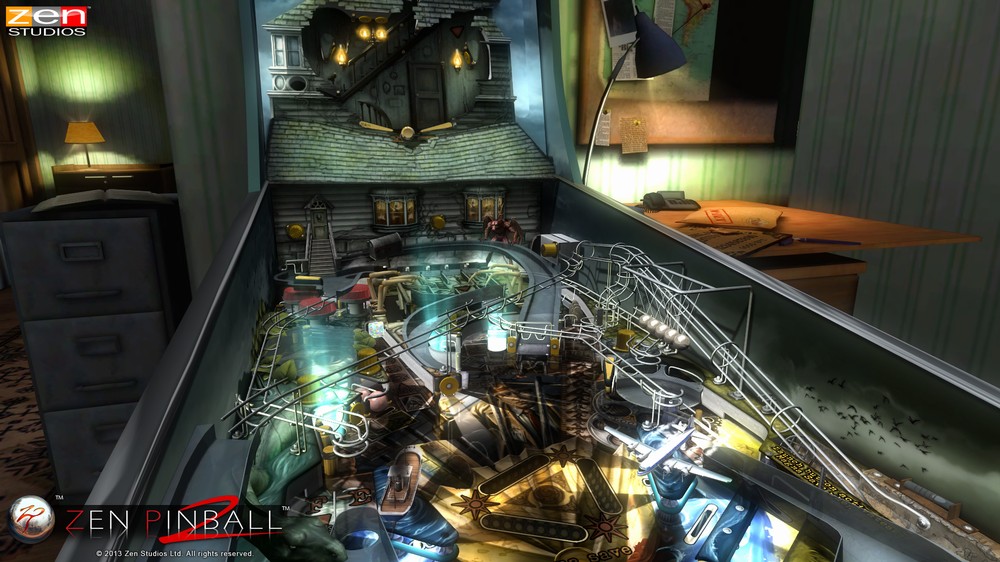 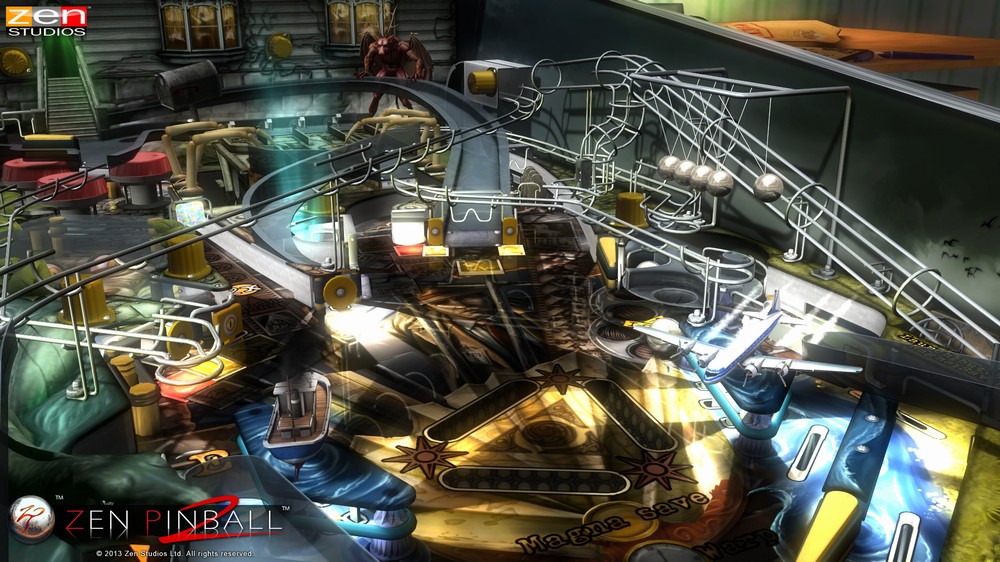 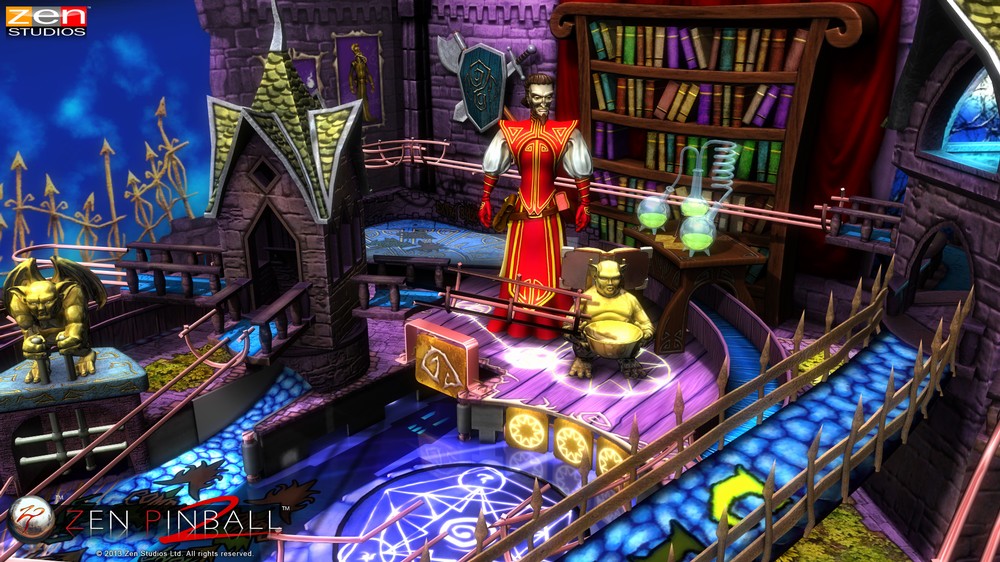 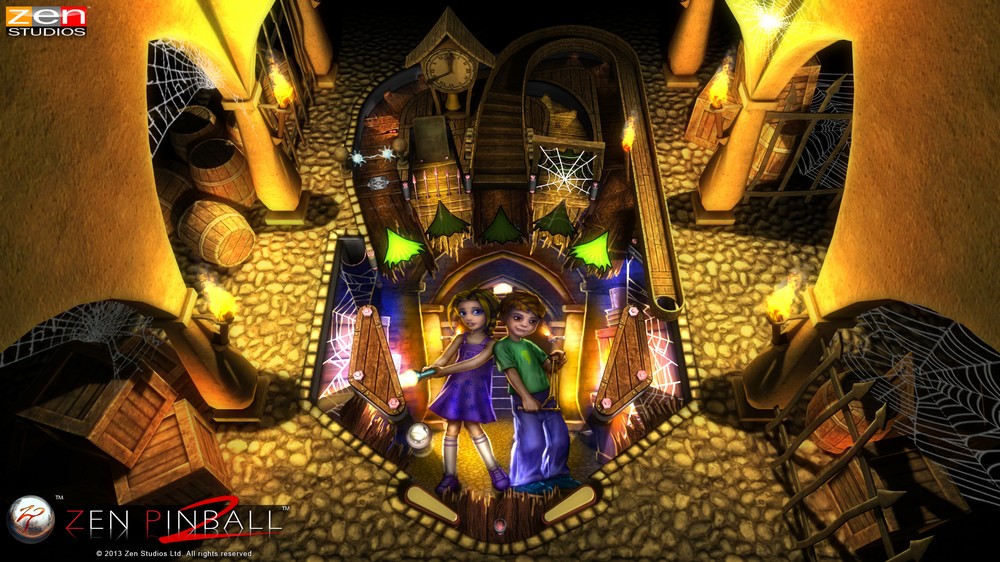 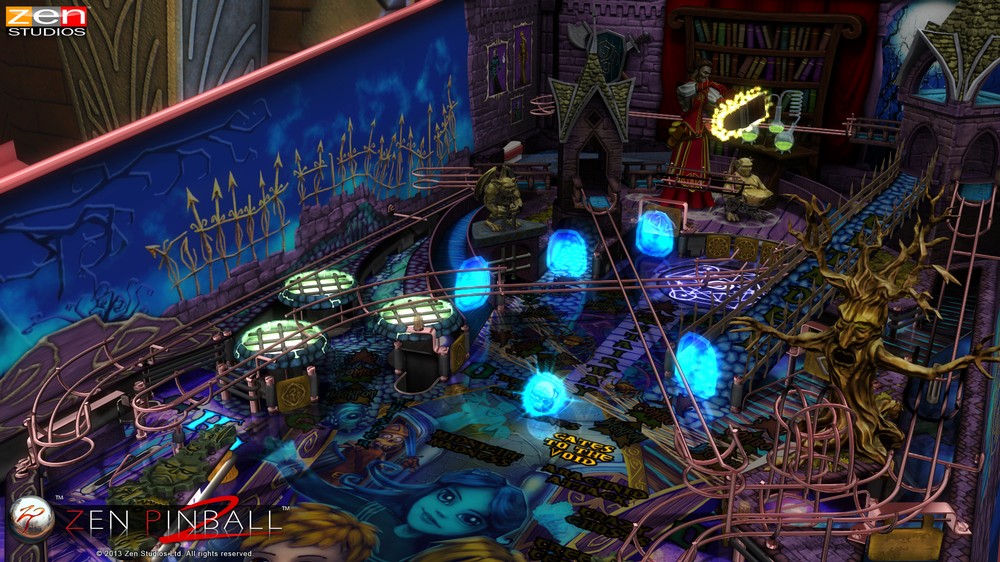