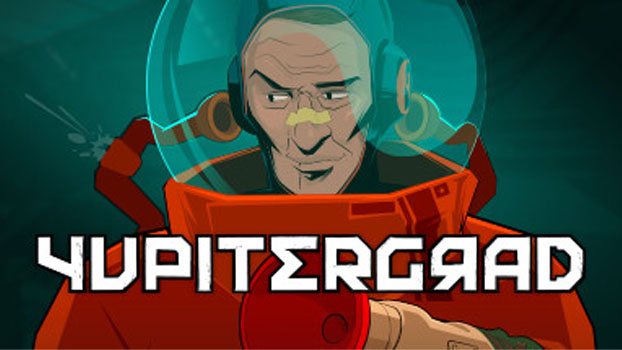 Yupitergrad was one of the first games I jumped into after upgrading my review PC and frankly it was nearly impossible to quit playing.  Mixing classic 90’s Russian stereotypes with wacky humor, crazy puzzles, classically inspired cel-shaded visuals, and one of the most innovative traversal mechanics in VR gaming, there is a lot to dissect and enjoy in this Russian space romp where you will get to explore more than 50 levels loaded with action, suspense, and traversal puzzles that would make Lara Croft call it quits.

The game opens with you at the Russian Space Academy undergoing training with your new experimental gauntlets that look like they came right from the pages of the ACME catalog.  These deceptively primitive arm cannons fire big red rubber plungers wherever you happen to be pointing, and then you can use the analog sticks to winch yourself toward (or away) from them.  This and some limited-use air jets that you’ll acquire later are your primary means of navigation.  There is no walking, running, or jumping in this game, and to make matters more complicated your suction cups will only stick to blue walls and surfaces greatly adding to your traversal strategy. 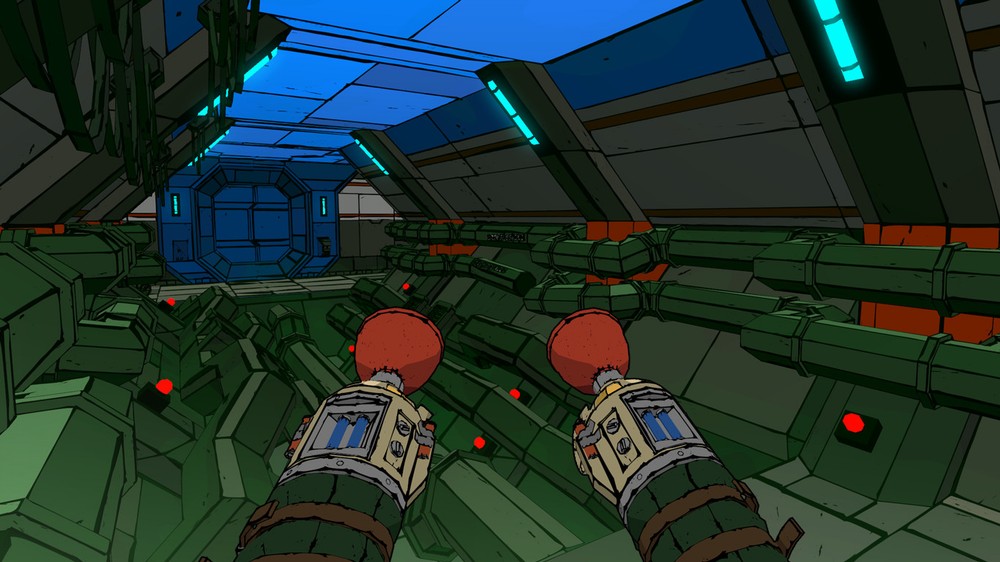 Once you pass the academy training exercise your soviet Spider-Man climbs into his rocket and prepares for the long journey to a soviet space station orbiting Jupiter where things have naturally gone wrong.  It’s up to you and your limited yet exquisitely fun means of mobility to explore and repair the station.  Yupitergrad does have a bit of a learning curve before the movement concept finally clicks, and even then there is some refinement to the art of swinging around that reminded me of the learning curve in the recent Spider-Man games, only in this game you have to intentionally aim to actually stick and there is no targeting cursor.  The physics are nicely recreated so it does matter if you are swinging from one or two cables as well as having the ability to yank your arms down to propel yourself up and/or forward with a burst of speed.  You can also lower or raise your position on the winch cable to affect the apex of your swing to reach greater speeds and distances.  Mobility truly becomes an art form in Yupitergrad.

It won’t be long before your gauntlets get air propulsion abilities, and while this is primarily designed for underwater movement you can achieve short bursts of sliding movement on dry land as well as attaining a burst of speed during midair swings.  These two modes are perfectly executed both individually and in support of each other creating some great potential for nonlinear puzzle-solving.  Within an hour or so you will find your rhythm and be swinging around the space station like a soviet space Tarzan. 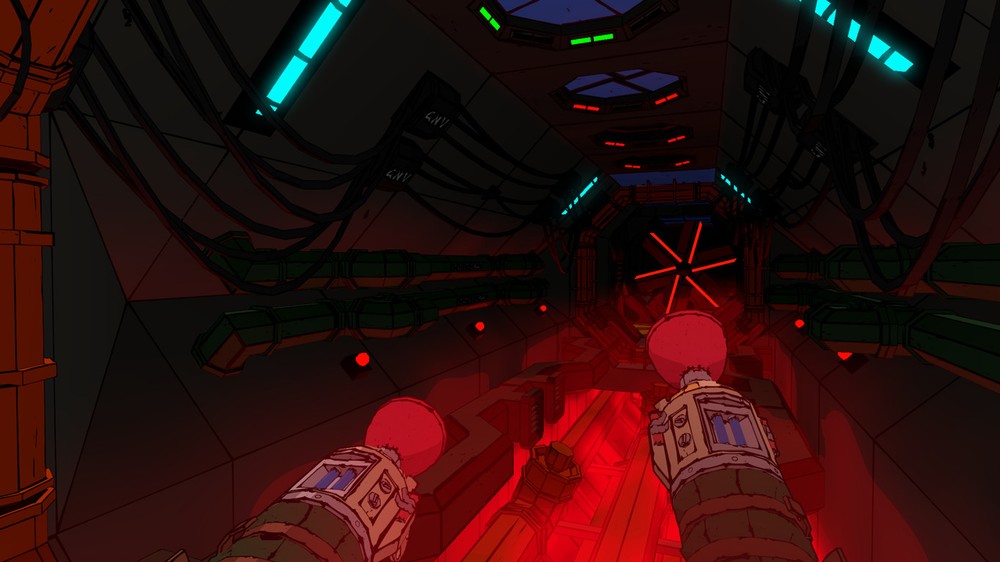 Puzzles and environmental interactions are limited.  You can fire your plunger at buttons to activate displays, open doors or pick-up inventory items.  You can grab onto grates, fences, and other objects indicated in yellow and move them around to solve puzzles or clear a path.  The level design is fairly linear so there’s not much chance of getting lost, and in many cases the game will prevent you from leaving an area until the objective is complete.  There are plenty of deadly pitfalls ready to kill you, but checkpoints are frequent and reloads are near-instantaneous.

The visual style for Yupitergrad is totally original with cel-shading that looks several levels below Borderlands yet remains totally charming and fits with the concept that VR seldom requires photo-realistic graphics.  Much of the humor comes from these primitive devices that are being tracked to your motion controls combined with subtle animations and sounds of the winch and cable winding or the hiss of the air jets as the fuel meter depletes.  The environments are equally as simple and stylish with some great sci-fi architecture and cool effects for water and gas clouds.  The animation is fluid and there are plenty of comfort options to keep this game surprisingly free of nausea. 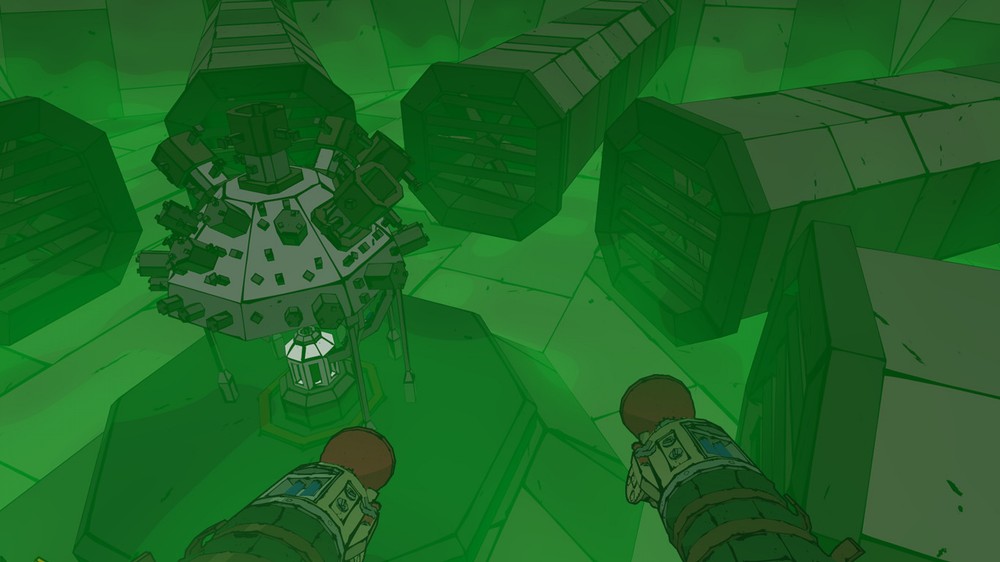 I played Yupitergrad on both the Vive and Rift S and as expected found the Rift S and Oculus Touch controllers much better suited to playing this game smoothly and effectively.   The analog sticks work great for controlling the winch and the side buttons activate the air jets.  The game can be easily played sitting or standing, but if you do a lot of arm-yanks for extra movement you might want to stand.  I’d probably score the Vive version a half-star less if I were reviewing separately just for control comfort.

I had a blast playing Yupitergrad and I can’t wait to get back to it.  The underlying humor, charming visual design, unique mobility aspects and even the fantastic soundtrack composed by Piotr Surmacz all combine to create one of the more interesting and fun experiences you can have in VR.  It’s been a slow year for quality VR titles, but Yupitergrad clearly achieves top honors in this memorable action-platformer that you don’t want to miss. 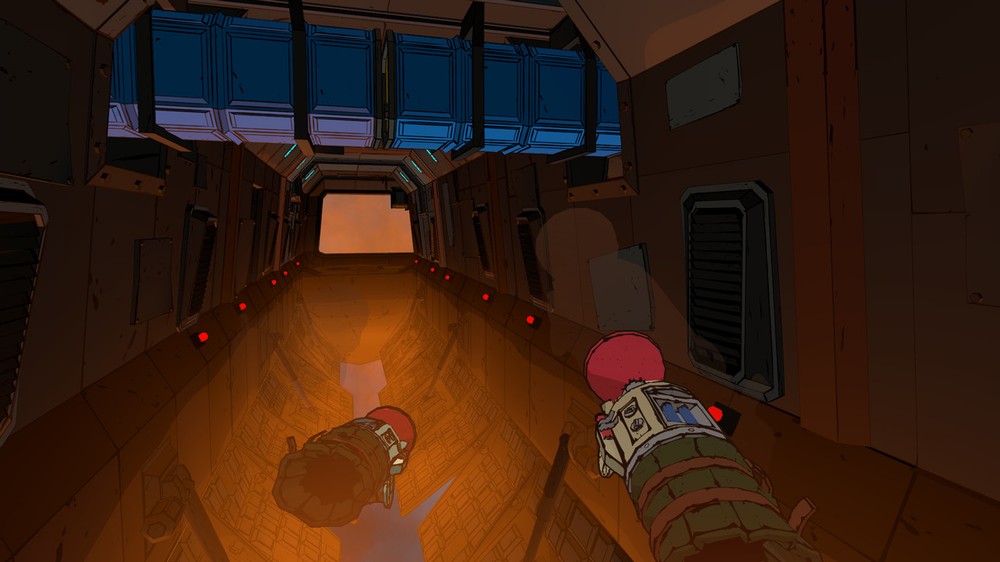 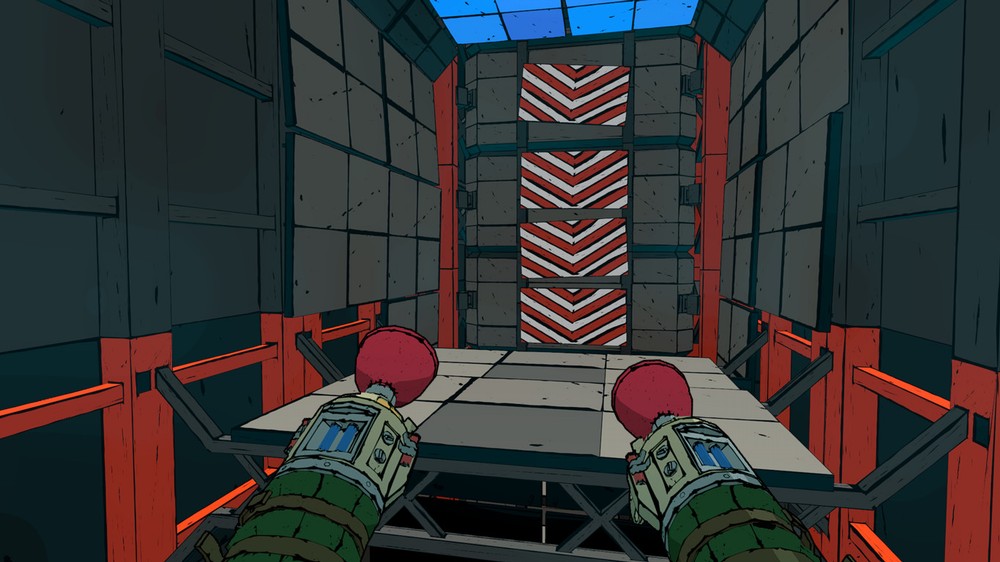