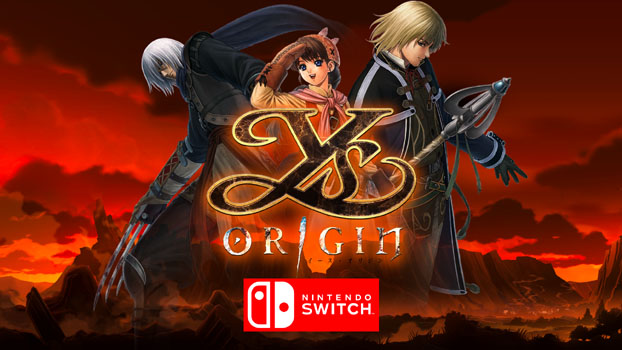 - Story could be more varied
- Some repetitive gameplay elements

A truly enjoyable experience that works equally well in docked and handheld modes.

Considering that the Ys series of games have existed since the latter half of the 1980s, it’s surprising that is has taken me more than thirty years to actually play one of the titles. However, if there was a good place to start then Ys Origin would likely be one of the better candidates. Set 700 years before the first Ys game, Ys Origin tells the backstory of a number of the elements of the universe, and though I may well have missed some of the significance of the revelations contained within the game, I never struggled to follow what was going on, and came out of the other side of Ys Origin with an interest in seeing how the universe develops. 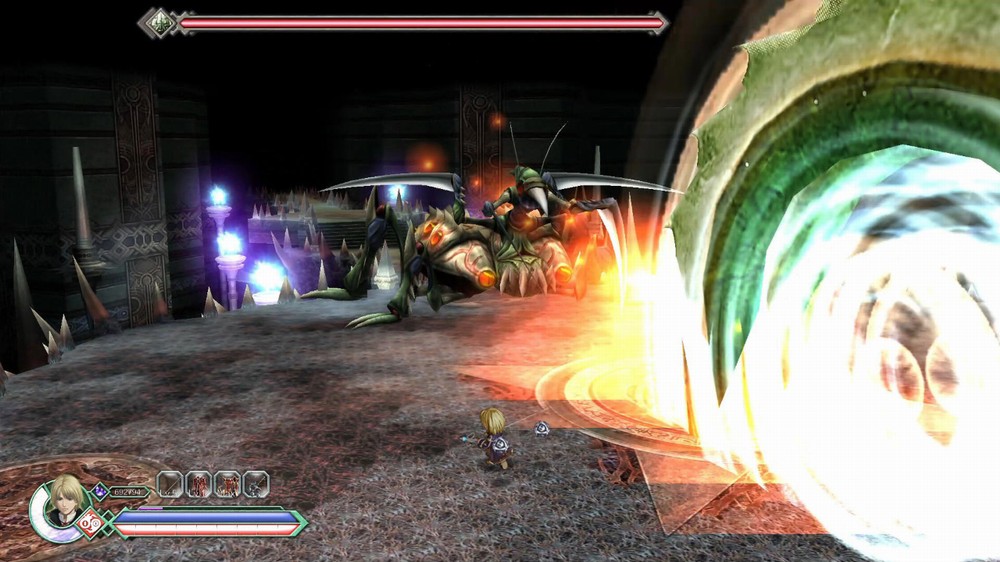 Upon starting Ys Origin, you are given the choice of playing as two protagonists, Yunica Tovah or Hugo Fact. Yunica is a melee-focused character, using an axe to attack her foes, while Hugo is a mage who attacks from range. There is a third playable character who is unlocked once you have beaten the game using both Hugo and Yunica, but in the interest of avoiding potential spoilers, I won’t comment too much on their involvement or playstyle. In terms of how the story develops while using each character, it’s a strange mixture of each character’s narrative intertwining with the others, but also overwriting events that have happened in alternate playthroughs. Because of this, it’s difficult to ascertain whether there is a canon story contained within Ys Origin, or whether you’re supposed to put most of the narrative jigsaw together yourself while leaving a few messy portions for the bits that don’t quite add up.

The main purpose of both Yunica and Hugo’s story throughout Ys Origin is to climb to the summit of Darm Tower, a giant structure that is inhabited by demons and seems to have some connection to past events in the land of Ys. As you climb the tower you’ll battle a variety of enemy types, partake in some exploration puzzles and battle a number of bosses. Gameplay in Ys Origin hovers closely to the button-masher genres, and while there are some RPG elements and some areas where a tactical approach might pay off, most of the time you’ll be hammering the attack button and trying to keep one eye on your health bar. You do gain three elemental special attacks through the course of the game that add some variety to the combat, but I largely found that there wasn’t much depth to the experience. 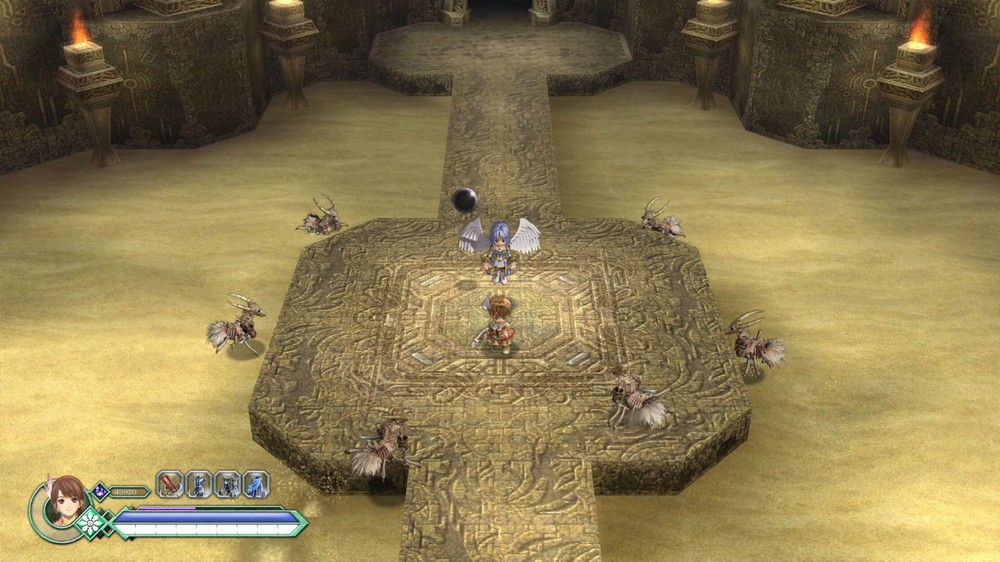 That isn’t necessarily a downside though, as I quite enjoyed turning Ys Origin on and whaling away on a few enemies. Admittedly, I was playing through the game on Easy difficulty in the interest of time, but I was also going out my way to explore every nook and cranny during each playthrough, collecting as many pieces of optional armor and upgrades as I could find. Even on the easiest difficulty I have to say that some of the boss battles were surprisingly tricky, and although my second playthrough, as Hugo, went a little smoother than my first time through with Yunica, there were definitely still sections where I needed to make sure I was paying attention. With the twin caveats that I was playing on Easy, but with the intention of exploring as much as possible, my first and second playthroughs took six and five hours respectively. Though a single playthrough isn’t especially long, playing through the game three times to see all sides of the story makes for an approximately twenty-hour game, which isn’t too bad.

Disappointingly, each of the playthroughs is quite similar to the others, as you run through the same environments in much the same order, tackling similar obstacles each time. The major change to each playthrough comes from the story and through interactions with NPCs, but the way that Ys Origin is structured means that a lot of the experience can feel quite repetitive. Story and gameplay in Ys Origin is kept fairly separate and can almost best be described and forming chapters. Essentially, each section of the tower is bookended by a dump of exposition, and then you are left to battle enemies for half an hour or so before you run into another character and learn a little bit more about what’s going on in the world. It’s not a terrible way to deliver the narrative, as it means that you can focus on combat when necessary, but it does feel artificial at times and is perhaps the biggest betrayal of Ys Origins’ age. 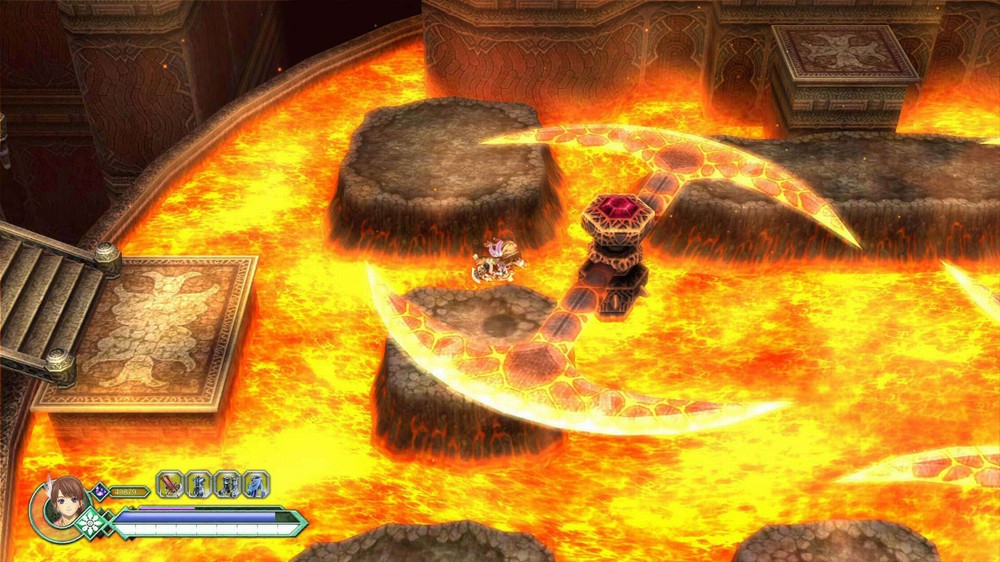 When you’re not sitting through a lengthy section of dialogue, Ys Origin does a good job of creating a snappy, fast-paced experience. While it does display a certain amount of simplicity, combat is enjoyable and there are some solid design decisions that do a good job of communicating information to the player, even when there’s a lot going on around their character. Damage to the player character and to enemies are presented in different color text, and there are a number of pick-ups that are clearly illustrated in terms of the effect that they have and how long these effects will last. There are also a healthy amount of ability and armor upgrades scattered throughout the levels, and the fact that you can use SP gained from defeating enemies to unlock passive upgrades means that grinding is worthwhile and often enjoyable. Ys Origin is great for making the player feel like it’s worth hanging in just that little longer, as chances are the next room or next floor will contain an item that will make your character stronger.

Having not played a game in the Ys series before Origin, I wasn’t quite sure what to expect. Having looked into the franchise a little more since beating the game, it seems like later (or earlier, depending on how you look at it) have a more typical RPG flavor and Ys Origin stands on its own in terms of gameplay. Despite this, Ys Origin has encouraged me to dig into the rest of the series, purely out of interest in how the world develops following the events of this game. On top of that, playing through Ys Origin was a truly enjoyable experience, and though I could have done with a little more variety between each character’s playthrough, I was surprised by how keen I was to pick the game up whenever I had a few spare minutes. Though it would work well on other consoles, the structure of Ys Origin lends itself well to the hybrid nature of the Nintendo Switch, and I found that I was always comfortable moving from the handheld to docked modes. Whether you’ve played any of the Ys games previously, or like me, you’ve always viewed them from a distance, Ys Origin is well worth a try and I’m definitely interested in trying more games from this series. 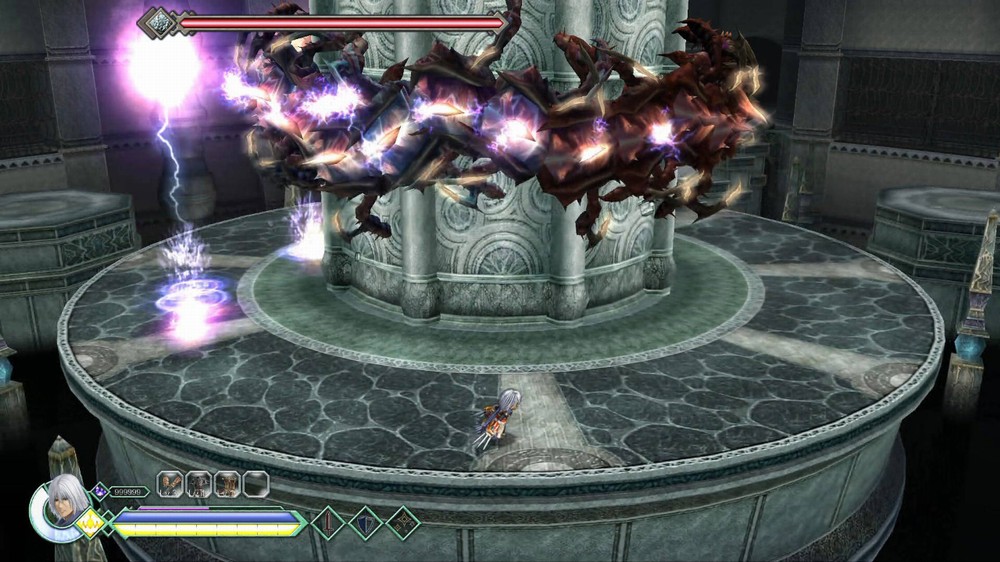 1
836
The Walking Dead: Saints & Sinners Review – Oculus Quest
2
738
Werewolf: The Apocalypse – Heart of the Forest launches on October the 13th
3
738
Worm Jazz Review – PC
4
738
Take to the Skies and Choose a Side in the New Trailer for Next Generation Air Com...
5
738
The Falconeer First-Look Preview – PC
6
737
Metamorphosis is 33% Off on Steam!
7
737
Synth Riders Celebrates Anniversary with a Month Full of Treats and an Oculus Ques...
8
737
CRASH BANDICOOT 4: IT’S ABOUT TIME IS AVAILABLE NOW
9
737
Frictional Games Shows Off First Gameplay Footage of Amnesia: Rebirth
10
737
Join the Galaxy’s Finest as Star Wars™: Squadrons Soars Into Homes Today
All Original Content on Game Chronicles is Copyright (c) 2002-2020
Sinjin Solves Walkthroughs Copyright (c) 1996-2020 by Mark Smith