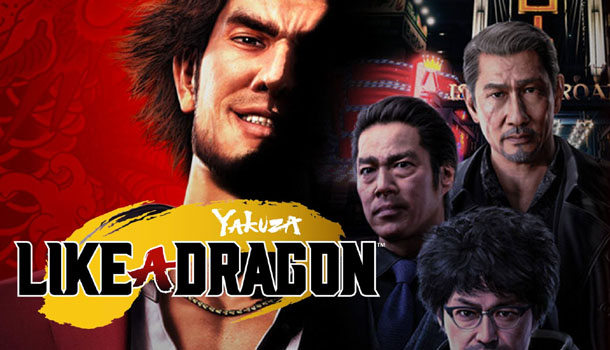 Possibly one of my favorite entries in the Yakuza series.

There can be a similar approach taken when comparing Yakuza: Like A Dragon’s protagonist Ichiban Kasuga to Kiryu Kazuma to when comparing Like A Dragon to the entries in the main Yakuza series. Both undeniably feel as if they are hewn from the same DNA, but below the surface, both feel distinct from one another in ways that can be surprising and refreshing in equal measure. Unlike the typical Yakuza formula of open-world exploration and combat that would seem similar to players of the Grand Theft Auto or Sleeping Dogs titles, Like A Dragon takes its cues from the RPG genre, with turn-based battles, levelling up characters and a more gradual pace to progression.

Initially, you could be forgiven for thinking that Yakuza: Like A Dragon is more or less a continuation (or even a retread) of the typical Yakuza series. Ichiban Kasuga is the hero here, but like Kiryu Kazuma, he opts to go to prison for a crime that he didn’t commit in a show of respect to a Yakuza boss, and like Kiryu, Ichiban emerges from his jail cell years later in a world that he no longer recognizes. In an introductory sequence that admittedly goes on for far too long (almost two hours with minimal player input), you learn Ichiban’s backstory and follow him journey from Kamurocho Yakuza, through prison inmate, to a homeless member of society living in a tent city in Yokohama. It is here that Ichiban meets Nanda and Adachi, two similarly down and out members of society that join his quest for redemption and are by his side when Ichiban finds himself in scenarios well out of his comfort zone. 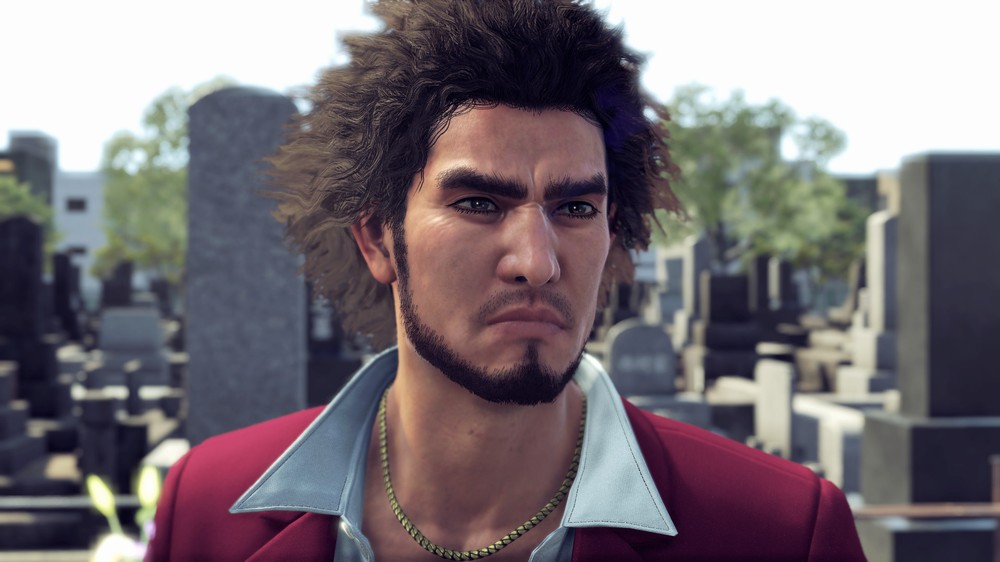 The word quest was carefully chosen in the previous paragraph, as both Like A Dragon and Ichiban himself make plenty of allusions to the fact that this is an RPG experience at its core. Ichiban is a fan of the Dragon Quest games and frequently makes nods to the hero’s journey and the presence of dungeons, side quests and levelling-up. This fascination spreads to the way that Ichiban views his foes, with even the most mundane of street fights transforming into epic battles between the hero’s party and a grouping of mythical creatures. I felt that Like A Dragon stumbled a little here, not because of the way that battles were executed, but instead in the naming and types of some of the enemies that you fight. The Yakuza series has always been known for its eccentricities, but fighting enemies labelled as ‘Hungry Hungry Homeless” feels a little cruel, and trench coat-wearing flashers known as Turncoat Titillators come across as unnecessarily crude.

To Like A Dragon’s credit though, there are a wide range of enemies and the vast majority of them are interesting spins on typical Yakuza enemies mixed with typical fantasy tropes. In fact, there are so many different types of enemy that one of Like A Dragon’s more sizeable side-activities are based around documenting them all. In a clear nod to the Pokémon franchise, Like A Dragon contains a Sujidex where information on enemies is stored and where rewards are given for meeting certain milestones of documentation. It’s one of the more passive examples of side activity within the game, but it provides a steady stream of rewards as you play. Like A Dragon is full to the brim with distractions to steer you away from the main story, to the point that it makes other Yakuza games feel streamlined by comparison. 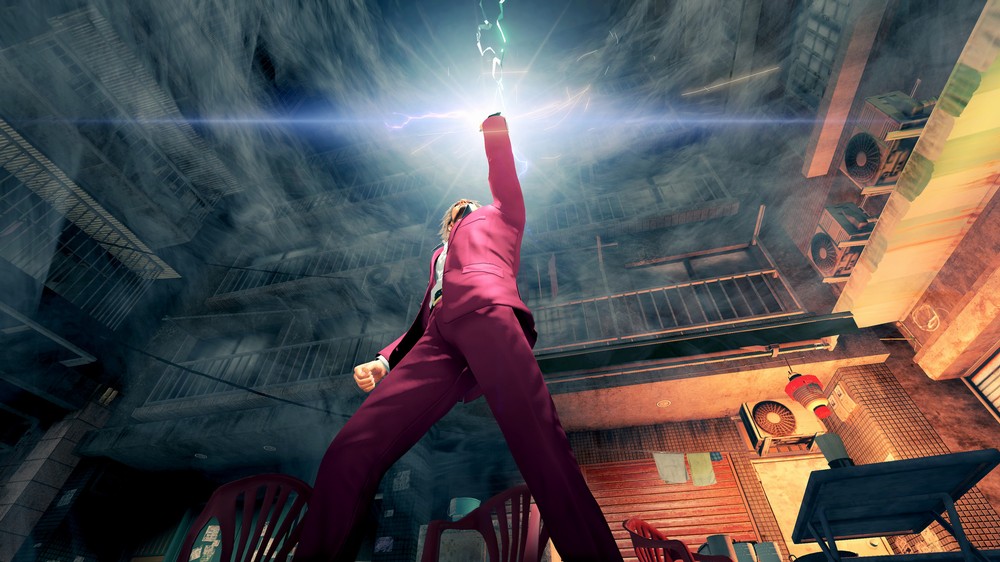 As well as the more familiar side stories that fans of the series will know and likely love, Yakuza: Like A Dragon has a smorgasbord of activities, from visiting the cinema to view an arthouse film to a secret underground dungeon where you can train and level up your characters. There’s the ability to search around the city for crafting materials to improve your weapons, the chance to hire yourself out to residents as a guardian figure, and even the chance to run your own confectionary business, hiring and firing staff and taking part in shareholder meetings. That’s not to mention the Mario Kart homage in the form of Dragon Kart or even the fact that you can become a gardener on the side, growing crops and using them to build healing items in your very own karaoke bar.

There is a massive amount of stuff to do in Like A Dragon, and I often found that I could play for hours at a time without worrying about progressing through the main narrative. These distractions do serve a purpose outside of killing time, though, as they reward valuable items, weapons and experience that is used to strengthen your party. This is an RPG after all, and as such, you will need to make sure that your party is strong enough before entering certain areas or fighting bosses. Yokohama is divided into segments, each of which has its own threat level that dictates enemy strength, and at a number of points in the story you will be informed that an upcoming section is recommended for characters of a certain strength and asked if you want to continue. 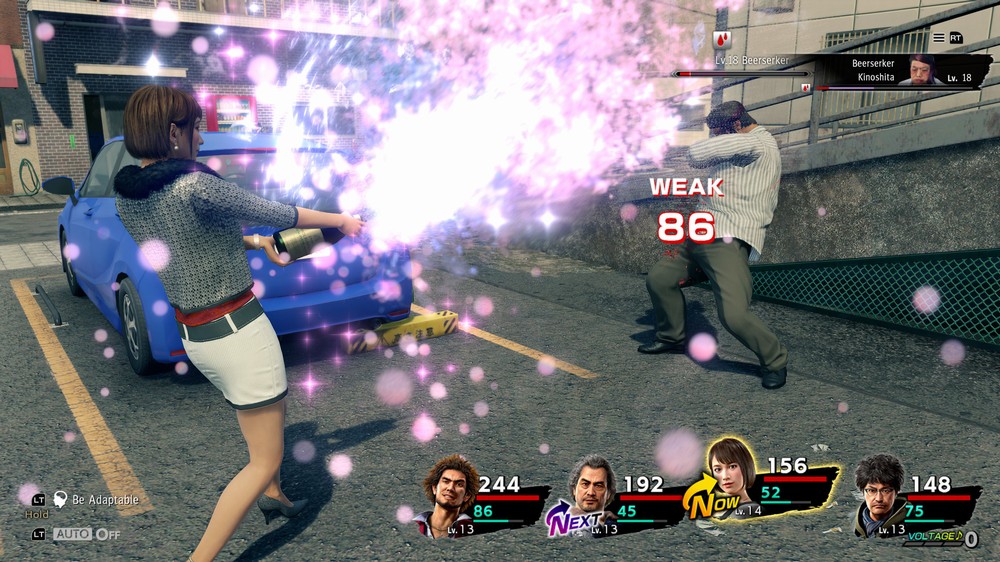 In terms of difficulty and grinding, I generally found that Like A Dragon offered a fairly well- balanced experience, and that so long as I did spend a share of time taking part in activities away from the main story, I was prepared enough to overcome the obstacles presented to me. I would be a little concerned about players wanting solely to experience the main narrative in a linear fashion though, as unlike some of the other Yakuza games, the side activities feel like more of a requirement than an optional jolly. This is a game that is worth exploring though, and as mentioned earlier, the rewards come frequently and are more often than not both valuable and useful. There’s also plenty of value in experimentation too, especially in terms of party makeup and job selection, which can make a huge difference to how battles play out.

The battle system in Like A Dragon will be familiar to most players who have experience with RPGs but is easy enough to pick up for those unfamiliar with the genre. Your party of characters will move around the fighting area, but they move independently of your actions, meaning that all you are required to take control of is whether they will attack, use a skill or item or guard in an attempt to reduce incoming damage. It does feel at times like there is a general lack of depth to strategy or any need to pre-plan your moves, but this also helps to keep the combat feel fluid and prevents battling from getting in the way of the overall experience. It also helps that between character levels, job levels and bonding with your fellow party members, battles are always helping you to progress towards the goal of becoming a stronger, more tight knit party. 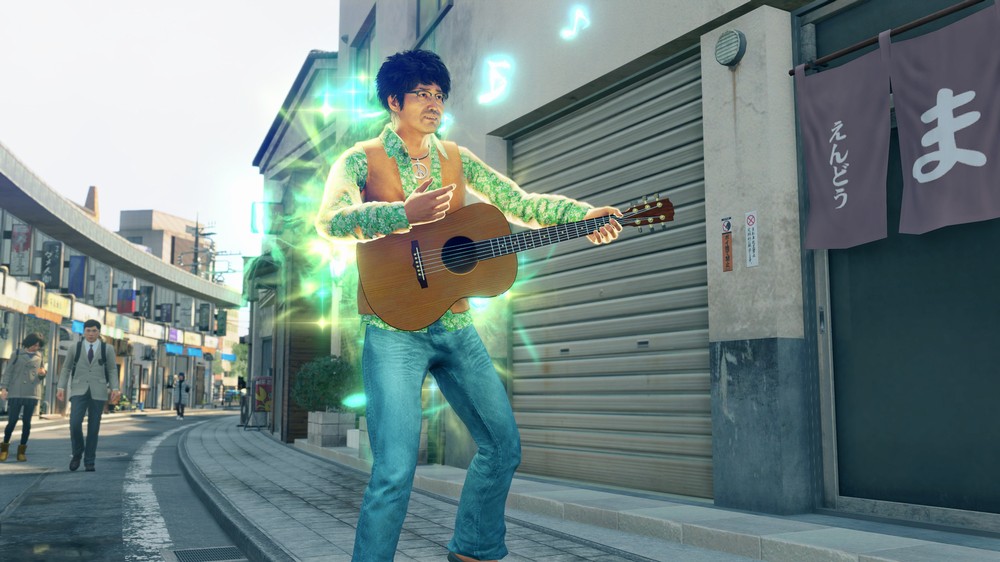 Spending time with your party members is obviously a great way to make them stronger and learn their abilities, but it is also genuinely entertaining in terms of learning their characteristics and feeling like friendships and trust levels are being built up. For the most part the cast of characters within Like A Dragon are interesting an entertaining, and I took pleasure in figuring out which characters would prefer to take part in certain activities with Ichiban, and which would be better leaving behind. You are rewarded for these choices as well, with stronger relationships making for better cohesion in fights, and Ichiban improving various abilities that can unlock new gameplay mechanics and new jobs, as well as new story sections.

In a series that is so typically story-heavy as Yakuza is, it’s not much of a surprise to learn that Like A Dragon contains a story that is as full of twists and turns, character betrayals and surprise revelations as any other game in the franchise, but what was surprising to me was how willing I was to simply ignore the story and go off and do my own thing. That isn’t to say that the story isn’t interesting, as I was always engrossed when I decided to progress, but instead that there was simply so much else to do that I was often happy to have other priorities. While the main narrative of Like A Dragon is noticeably more serious than some of the sillier side activities in the game, it in turn feels more light-hearted than some of the tales from the mainline games. It’s definitely arguable that this is because Ichiban and his friends present a less stoic front than Kiryu Kazuma does in potentially similar situations, but I think it’s also because Like A Dragon doesn’t come with the same weight of six other games that mainline Yakuza games do, which is undeniably freeing. Regardless, aside from a similarity of tone in certain places, Like A Dragon feels quite detached from Kiryu’s story, and is fully accessible to those new to the series.

I held a number of reservations towards Yakuza: Like A Dragon from the moment that I first leaned about the RPG mechanics, through realizing that this wouldn’t star Kiryu Kazuma, all the way up to first booting the game up. The first couple of hours of the game didn’t do much to quell my concerns either, especially as I only held the controller for about fifteen of a hundred and twenty or so minutes of introduction, exposition and development. Once Like A Dragon finds its stride though, it really gets into step and I wouldn’t be surprised if this eventually rests amongst my favorite entries in the Yakuza series. There’s an excellent cast of characters on offer, a huge amount of content to get through, and a genuinely enjoyable world to inhabit. While Yokohama isn’t quite at the same level as Kamurocho in my head just yet, I’m learning its streets and alleys and am now able to point out a number of different stores to newcomers, and I’m sure that I’ll soon be able to navigate the city with my eyes closed. 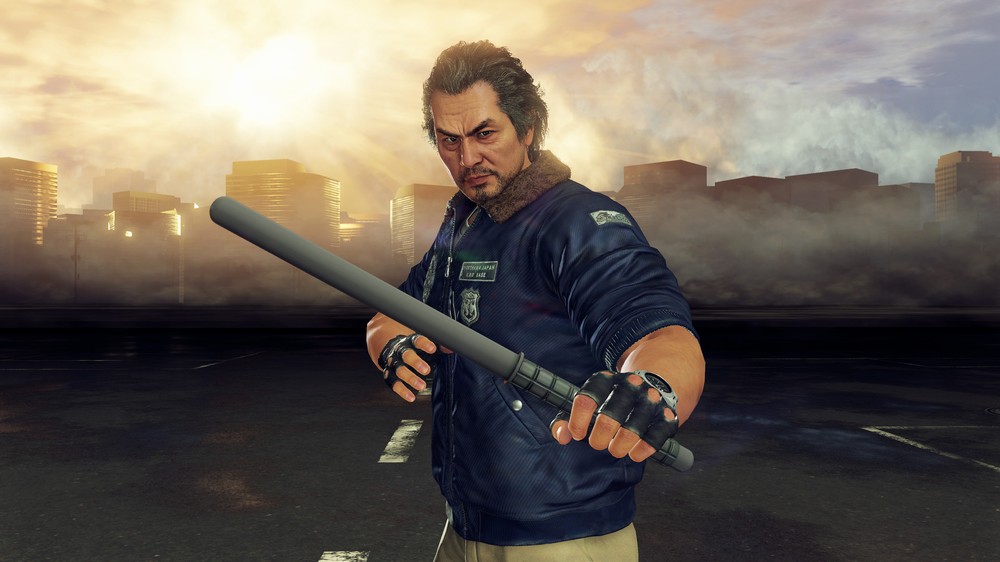 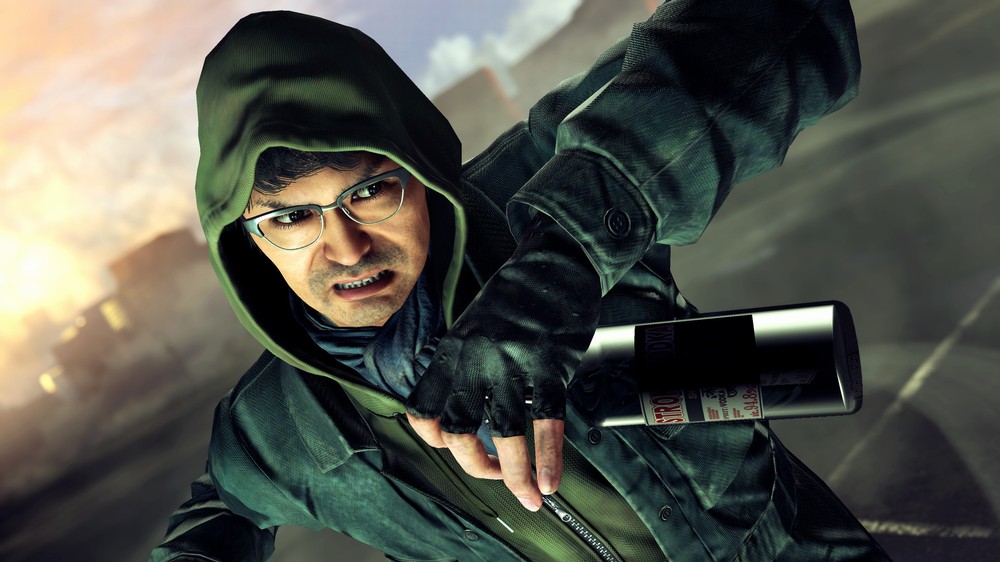 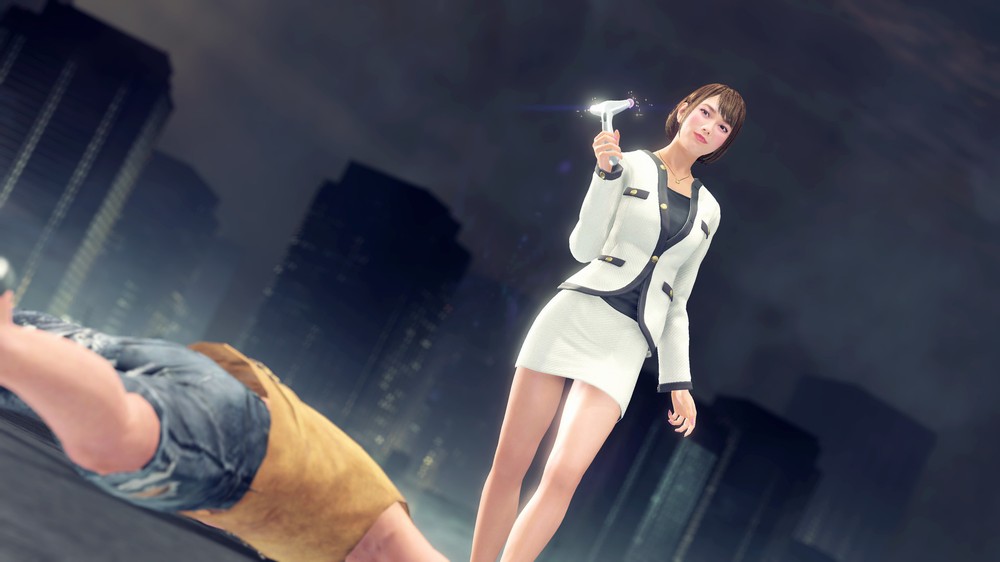 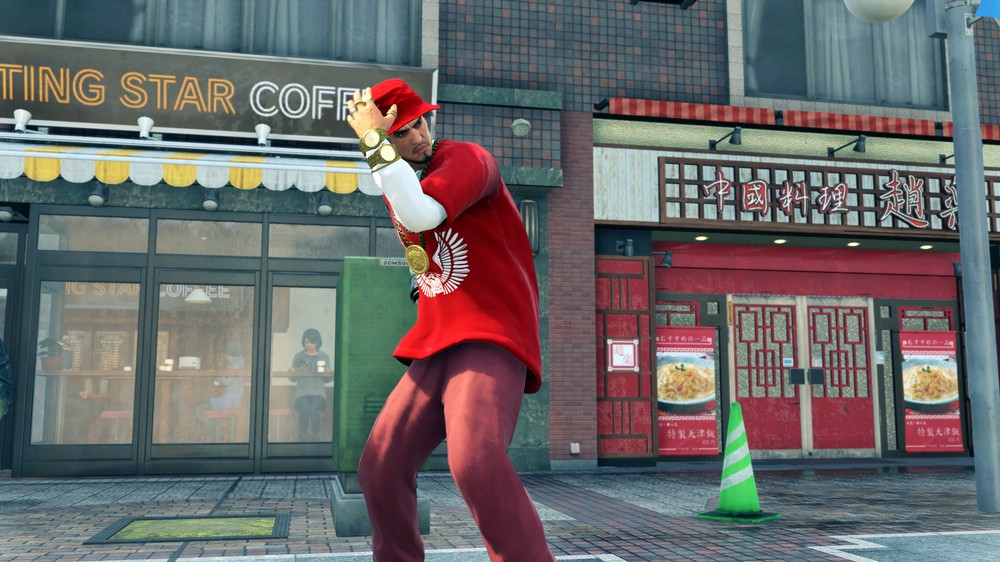