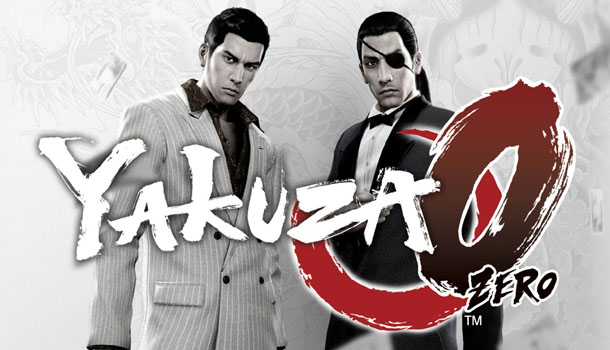 Hundreds of hours of accessible content that will launch an epic franchise journey.

My path through the Yakuza series has been unorthodox, to say the least. Starting with a couple of hours in Yakuza Kiwami, I then completed Yakuza 3, 4 and 5, before going back to the beginning of Kiryu’s story and playing Yakuza 0. Though Yakuza 0 takes place earlier than the other game listed above, it actually came out more recently than the four other titles, originally being released in Japan in 2015. It has now found its way to Microsoft’s Xbox One console, marking the first time that a Yakuza game has released on the Xbox family.

Yakuza 0 splits its narrative fairly evenly between Kiryu Kazuma and Majima Goro, two young yakuza who for differing reasons find themselves on the fringes of their respective crime families. Kiryu will be a familiar protagonist to anyone who has played a Yakuza game previously, while Majima has featured heavily as an NPC in previous games, but is playable for the first time in Yakuza 0. Both characters are separated for the vast majority of the game, both narratively and physically, as Kiryu spends most of his time in Kamarucho, and Majima is confined to the boundaries of Sotenbori, where he runs a cabaret. Narratively, both characters’ stories touch each other every now and then, before various threads start to join together towards the end of the game, but there’s a distinct feel to each journey that allows you to keep the stories separate. 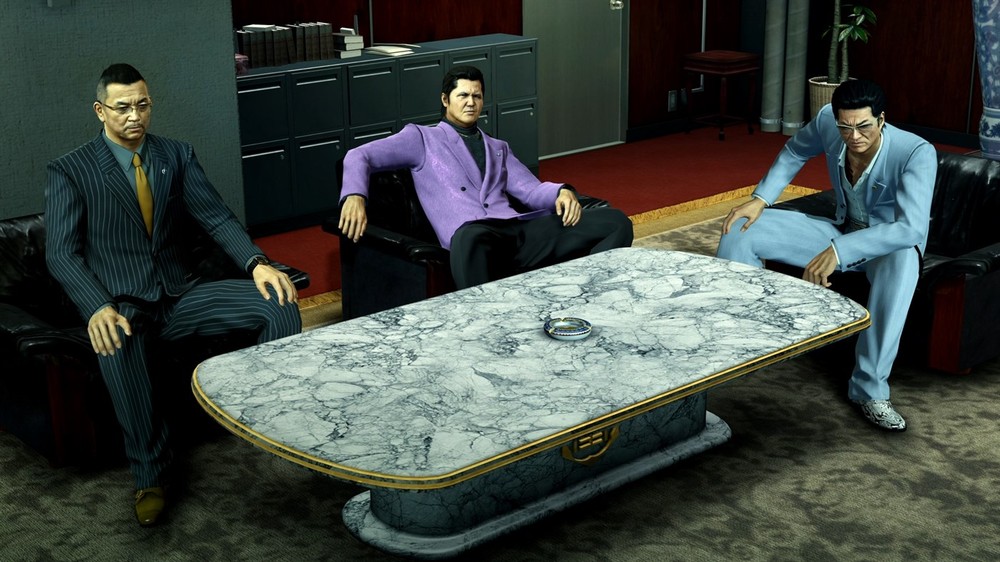 Kiryu begins his journey betrayed by his Yakuza family and framed for a murder that he didn’t commit, and with his patriarch imprisoned, he is unsure where to turn and who to trust. Majima, on the other hand, is being held on a tight leash, put in charge of a cabaret club in order to repay his debts to the Yakuza and closely watched by an unknown number of informants. As with any Yakuza game, the start of a narrative is only scratching the surface compared to where it ends, and through many twists and turns, betrayals and deaths, both Kiryu and Majima find themselves much closer to where we meet them at the start of the original Yakuza game.

Beginning a new Yakuza game always feels a little like coming home, especially because Kamarucho plays such a central part in each title. The Kamarucho of Yakuza 0 perhaps feels the most different from any previous Yakuza game, as it is grounded in the culture of the 1980s, but you’ll find a familiar layout of streets and stores, and there are definite landmarks that you can still help you to find your way around the city. Sotenbori, similarly to Kamarucho, is a fairly small location when looking at the map, but is packed with enough things to do, and exhibits enough life, to make it feel just as living and breathing as any previous Yakuza locale. 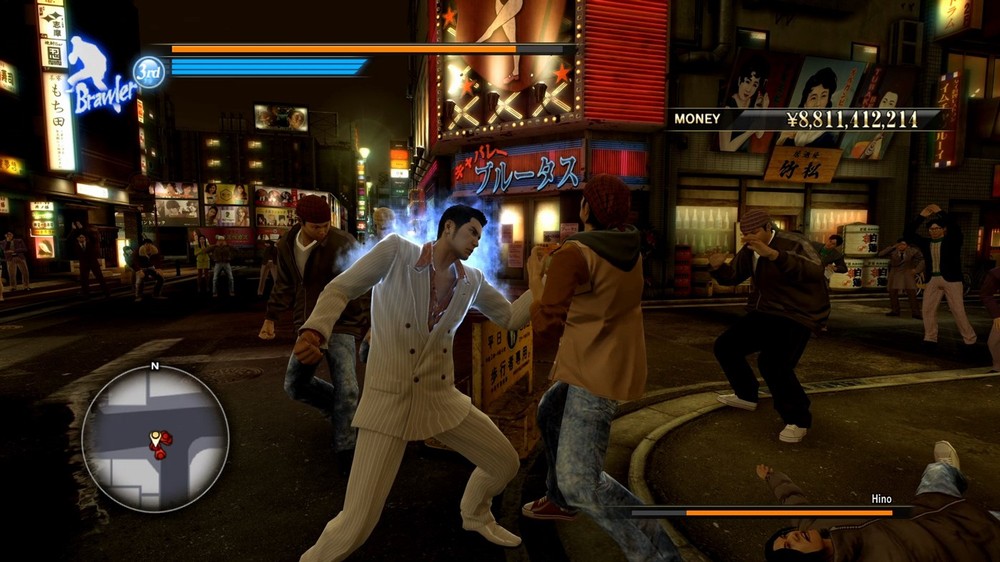 In a similar manner to how Kamarucho feels the same but different to previous representations, the gameplay of Yakuza 0 feels like the familiar mixture, but with a couple of interesting wrinkles. Firstly, both protagonists have a selection of fighting styles, and while each character’s repertoire is slightly different, the three styles can be broken down into light, regular and heavy, with distinctive styles, moves and combat music for each. Each style also has its own upgrade path, and while you will often be unlocking moves for a particular style, some more passive upgrades, such as health improvements, improve your character regardless of the fighting style they are currently employing.

In keeping with the decadence of 1980s Japan and the economic boom the country was experiencing, Yakuza 0 is powered by money, with upgrades to your characters being paid for using currency. Money serves as a form of experience, as you gain money instead of XP from defeating enemies in combat, though you are also able to take part in regular Yakuza activities such as gambling to improve your finances. As you explore each character’s upgrade wheel, though, you’ll start to notice upgrades that cost millions and even billions of yen. The only viable way to make this much money is to engage in one of Yakuza 0’s largest additions to the gameplay flow: business ownership. For Kiryu, this takes the form of property management, investing in properties around Kamarucho, assigning managers and advisors and defeating rival businesses. Majima, though, takes ownership of a cabaret club, where he recruits hostesses, trains them in the art of customer service, and helps out as a runner, dealing with customer requests and making sure that his guests are having a good time. 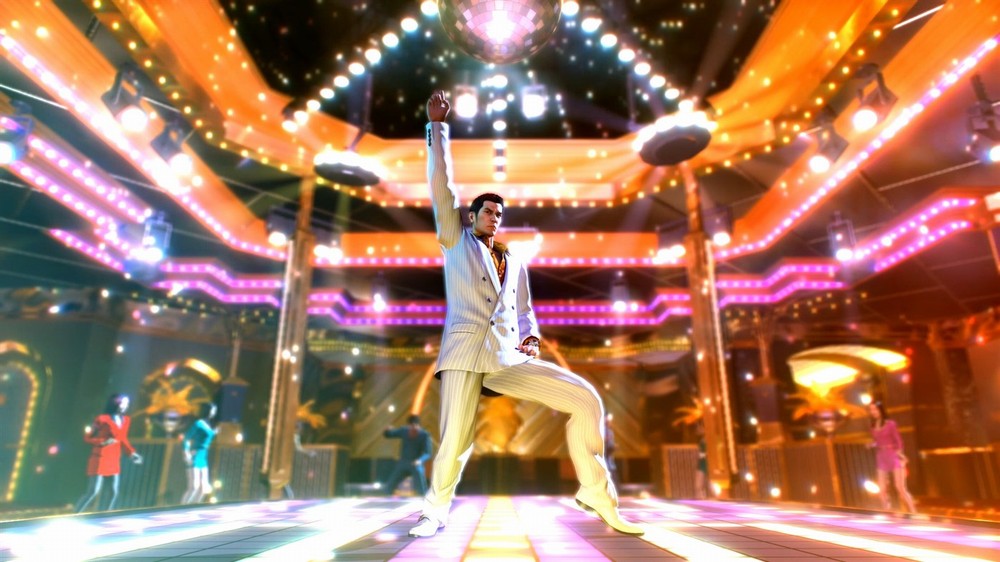 In typical Yakuza fashion, the business management area of the game can, aside from a couple of mandatory missions, be entirely ignored in favour of the main narrative, should you wish. However, if you start to venture down the rabbit hole, you can easily lose multiple hours to ensuring that you have the most attractive hosts and the most profitable businesses, and you can soon be raking in more money than you know what to do with. However, also in true Yakuza style, beyond a brief introduction, neither area is particularly well explained, leaving players a little lost in how best to progress. A good example of this is the fact that for Kiryu’s side of things, none of the businesses that you can invest in are marked on a map anywhere, leaving you to wander the streets, running to every doorway you can to see if a particular business is willing to take your money.

The Yakuza series has always prided itself on the amount of side content available to players, and Yakuza 0 is no different, with stores, activities and sub-stories aplenty. There’s the usual variety to the sub-stories as well, including attempting to buy a pornographic magazine without being seen by your neighbours, acting as a producer on a television food show, and helping to solve a crossword for a soon to be engaged couple. Yakuza 0 does a better job of both tracking and rewarding these activities as well, with Completion Points being awarded for finishing certain tasks, or certain numbers of tasks. These Points can be exchanged for bonuses that help with the gameplay, but I found them particularly useful to get an idea of both what I could do in the game, and what I was expected to do. 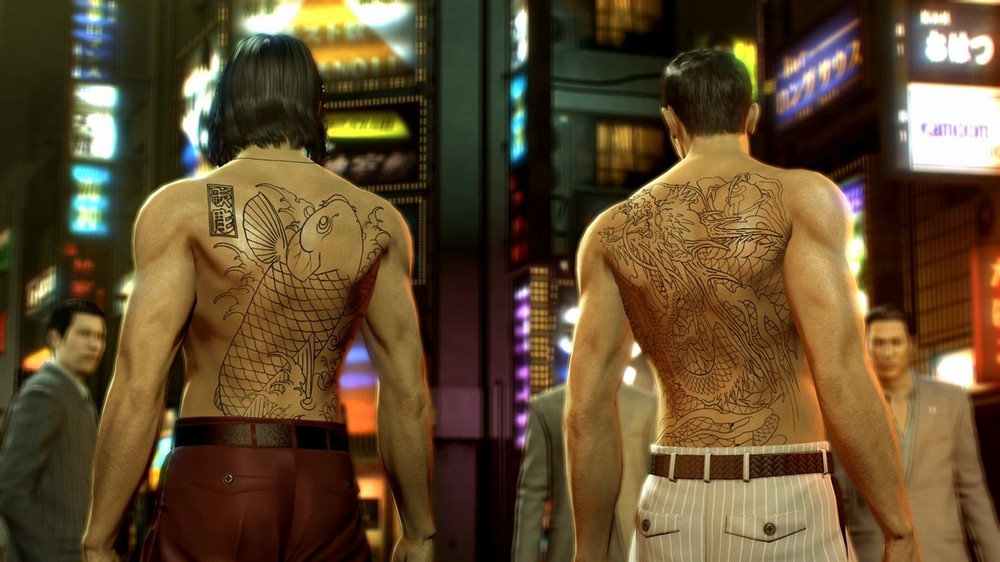 This isn’t a negative point, but Yakuza 0 is pretty much more of the same when it comes to the Yakuza series, albeit with a few twists and gameplay additions. The 1980s setting doesn’t add a huge amount of difference to the typical experience, and though it is interesting to see how both Kiryu and Majima started out, the narrative still has the feel of a prequel, with certain beats feeling like they’re only present because they have to be to serve later story elements. However, I still plunged headfirst into the world and loved my time with it, with every intention to return and finish off any areas that I might have missed.

For newcomers to the Yakuza games, Yakuza 0 is the sensible place to start, especially now that it’s available on multiple formats. As usual, there’s a ton of content available, and the fact that you’re now starting at the beginning of the story makes it more than accessible for those who may have been previously put off by the weight of the narrative. It’s a more measured main story than games such as Grand Theft Auto V, but there’s still a twinkle in its eye that points to the next wacky adventure just waiting around the next corner, where you might just bump into a man wearing just his underpants. While the Yakuza series isn’t for everyone, I would recommend that most gamers at least try it, because if you find yourself enjoying your time on the streets of Kamarucho, then you’ve got a series with hundreds of hours of gameplay ahead of you. 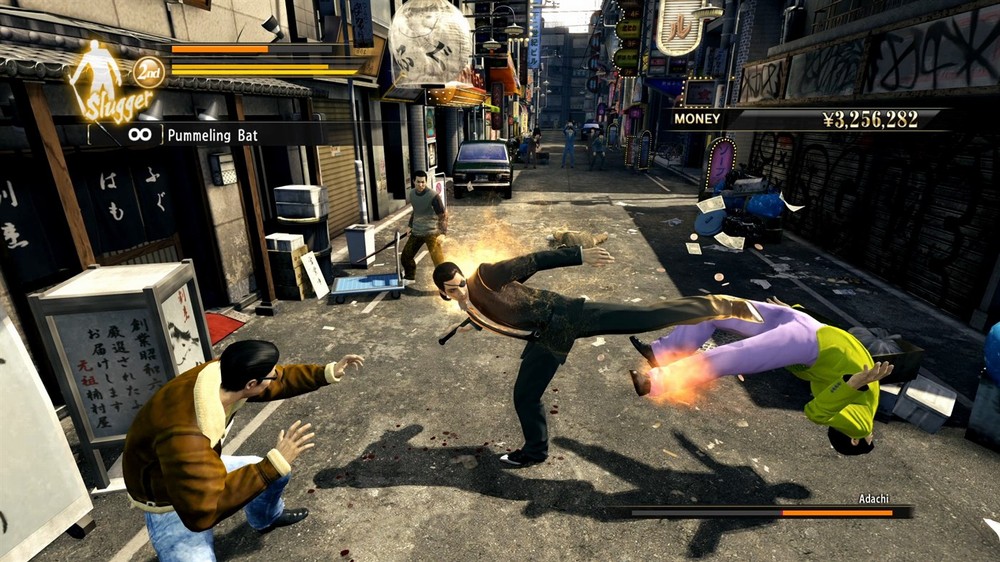 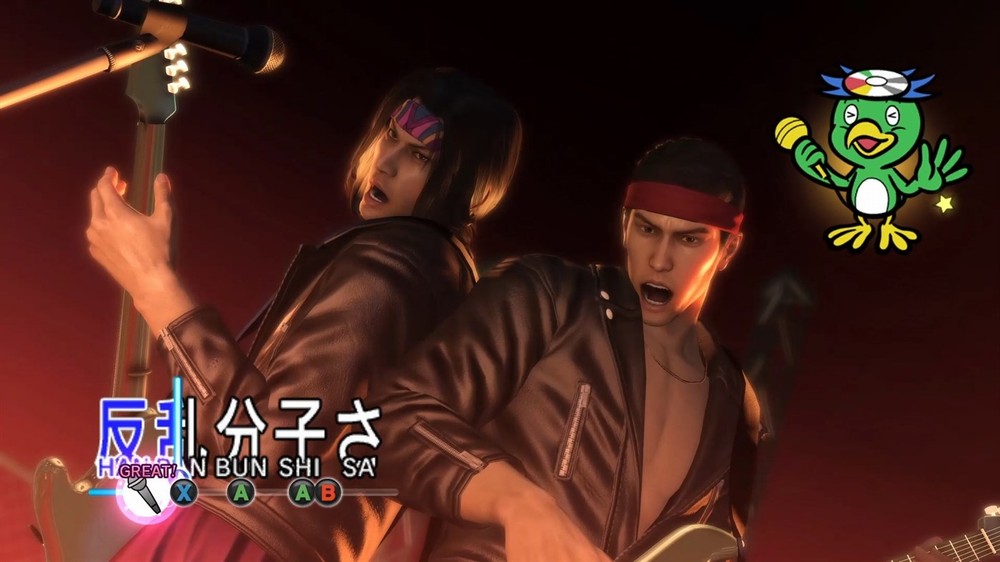 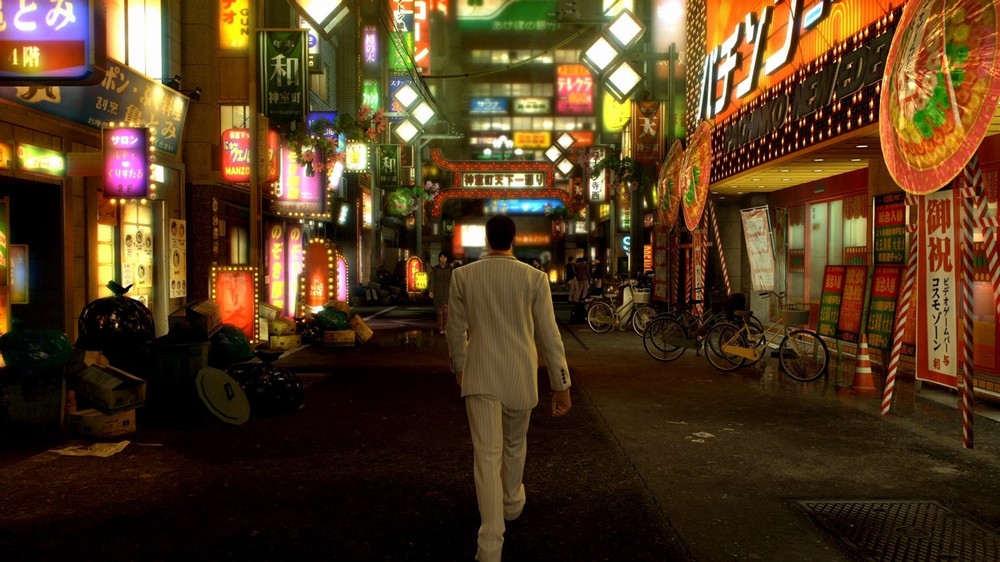