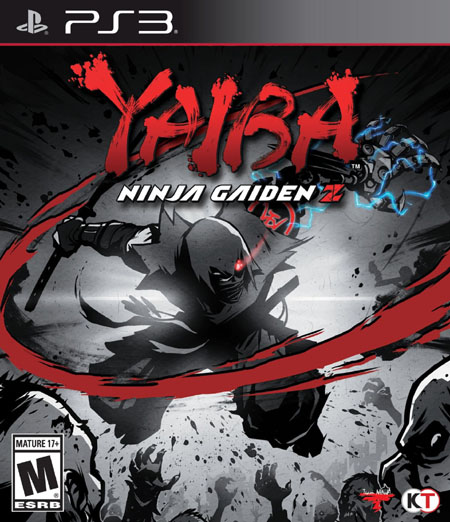 A change of pace for the Ninja Gaiden franchise, and while veterans might be a bit underwhelmed by the Dynasty Warriors style gameplay, the excellent presentation more than makes up for any shortcomings.

For long time fans of the Ninja Gaiden franchise, the fate of the series has really been a hit or miss operation since Tomonobu Itagaki famously walked out of his leadership role at Tecmo’s Team Ninja in 2008.  While most gamers expected this to be the end of the Ninja Gaiden franchise altogether (along with Itagaki’s most notable creation – the Dead or Alive fighting franchise), Tecmo has continued to pump out titles every two years or so to keep the legendary Ryu Hyabusa character alive.

The successive releases have come with mixed reviews – some fans appreciating the continued focus on the tough-as-nails gameplay that has become synonymous with the franchise – others lamenting on the lack of authenticity now that Itagaki was no longer behind the helm.  However, even for the most hardened Gaiden fan, it would be hard to argue that last year’s release of Ninja Gaiden 3: Razor’s Edge (a much-improved remake of the previously released failure Ninja Gaiden 3) did not have the heart and the soul of an Itagaki-developed title, and succeeded in returning the franchise to the level of distinction it deserved.

Coming off a year of success, Team Ninja has released a new title in the Ninja Gaiden franchise with Yaiba: Ninja Gaiden Z.  For the first time in the series’ lineage, “Z” makes a dramatic departure from the standard Ninja Gaiden formula – featuring an all-new central character in the cyborg Yiaba Kamikaze, a fantastic new (to the series at least) comic-book visual style, and an all new army of enemies: Zombies.    Yes folks; Team Ninja is the latest developer to jump on the zombie bandwagon. 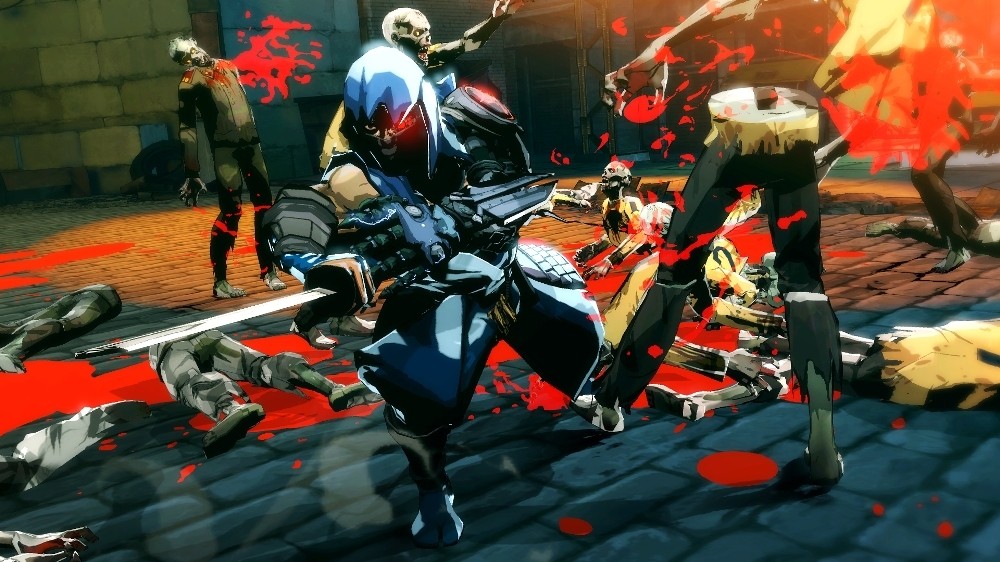 Yaiba: Ninja Gaiden Z’s story is a little out there, to say the least.  The main character, Yiaba Kamikaze, is a ruthless killer who slaughtered his own clan just for the sake of doing it, and went out in the world to fight the best of the best warriors.  Naturally, this led him to an encounter with Ninja Gaiden’s hero Ryu Hayabusa – who ultimately severed Yaiba’s arm and disfigured his face.

A mysterious corporation finds the mutilated Yaiba, and repairs him using a robotic arm and mechanized eye – making him a uber-powerful cyborg of sorts.  Yaiba sets out to settle the score with Ryu, but discovers along the way that the world is laden with hundreds of zombies – the result of an apparent outbreak.

All of this nonsense is just a vehicle to deliver the incredibly-intense arcade-style combat that makes up a majority of Yaiba: Ninja Gaiden Z.  For a franchise that has long been associated with precision combat and perfectly-timed blocking, Ninja Gaiden Z turns the tables and delivers a gameplay experience that is not unlike the chaotic hack and slash Dynasty Warriors series.  With wave upon wave of zombies circling Yaiba, Z is at times a veritable button mashing bloodbath. 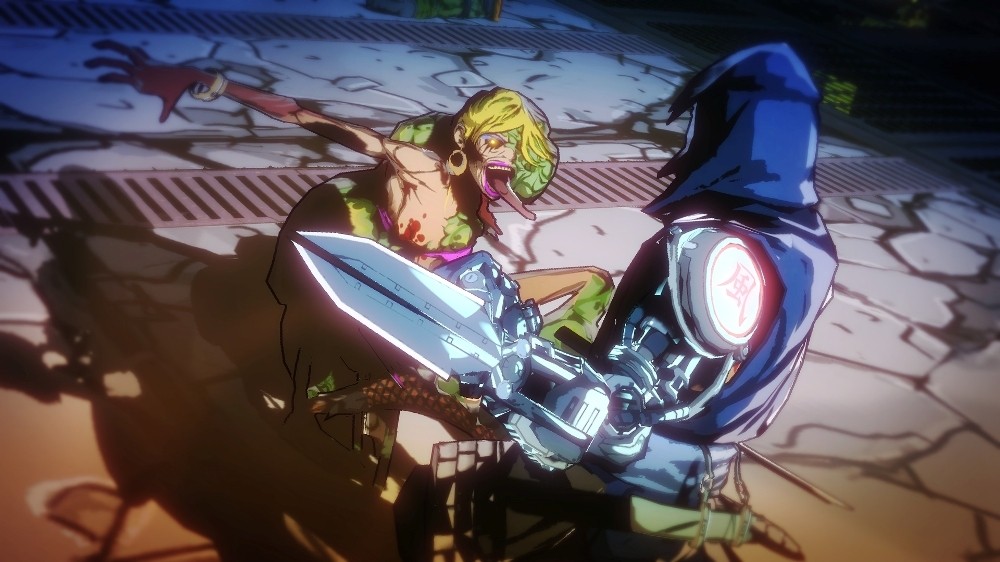 While I did enjoy this frantic change of pace, I have to admit there were more than a few times I found myself longing for the challenging exactness that has long been synonymous with the Ninja Gaiden lineage.  And whereas the Ninja Gaiden series has become known for being tough, yet fair, and thereby truly rewarding – Yaiba feels a bit unfair and unbalanced.

Often times, mid-level enemies would prove to be excruciatingly demanding – i.e. impossibly difficult at times – yet a subsequent level boss would go down in short order, often times on the first attempt.  This threw off the rhythm of the game more than a few times, leading to an unrewarding feeling at the end of the level.

There are a number of Ninja Gaiden enemy mainstays that make a triumphant return – helicopters that fire missiles that Yaiba can redirect with into crowds of zombies, and some seriously massive mechanical bosses.  But the enemy list definitely has a cruel and ugly side too – with legless torsos and torsoless legs, demonic clowns, and drunken zombie mutants – Z definitely ups the ante on Ninja Gaiden foes. 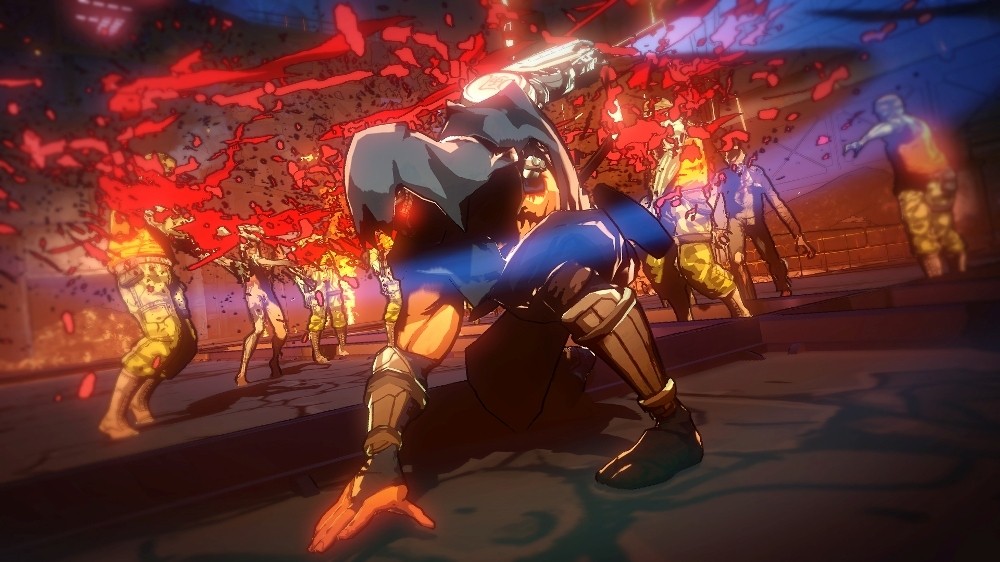 The overall vibe is very much tongue-in-cheek, with the ridiculous story and gameplay narrative being delivered by a ridiculously sexy Miss Monday.  The double entendre is rampant, with Yiaba constantly trying to work at getting under Miss Monday’s skirt, all while maintaining his badass warrior attitude.

In terms of presentation, the game is stunning with some of the best comic-book inspired visuals to his a console.  I’m not talking the typical cutesy cel-shading fare like we see in the Sly Cooper series; I’m talking the real-deal pen-and-paper Dark Horse Comics kind of stuff.  This is fitting, since Dark Horse Comics recently teamed up with Team Ninja to release a three-part digital comic series chronicling the backstory for Yaiba: Ninja Gaiden Z , which can be downloaded for free at their website.

The scripting and voice acting is equally impressive – delivering truly laugh-out-loud one-liners in a manner befitting of the dark subject matter and the dystopian setting.  Team Ninja did a knock-out job in assembling a crew of quality voice actors to deliver the script, and while their names might not sound familiar – Ian Gary (The Alchemist Agenda), Anastasia Baranova (The Darkness II), Tony Alvarez (Guild Wars 2) and Kate Higgins (Naruto) – these folks give it their all with Ninja Gaiden Z.

All said I really had an enjoyable time with Yaiba: Ninja Gaiden Z – even if it seemed a little unbalanced at times.  The art direction and presentation are top notch, and the frantic action proved to be a nice diversion from the standard Ninja Gaiden fare.  While I would have liked a bit more precision in the combat, I cannot deny that Yaiba is one badass trip through the zombie apocalypse. 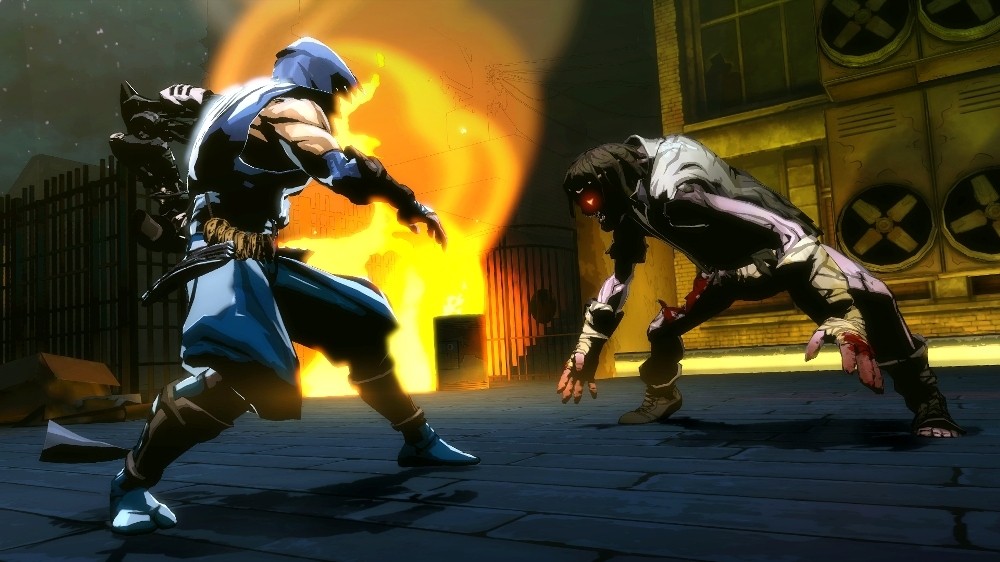 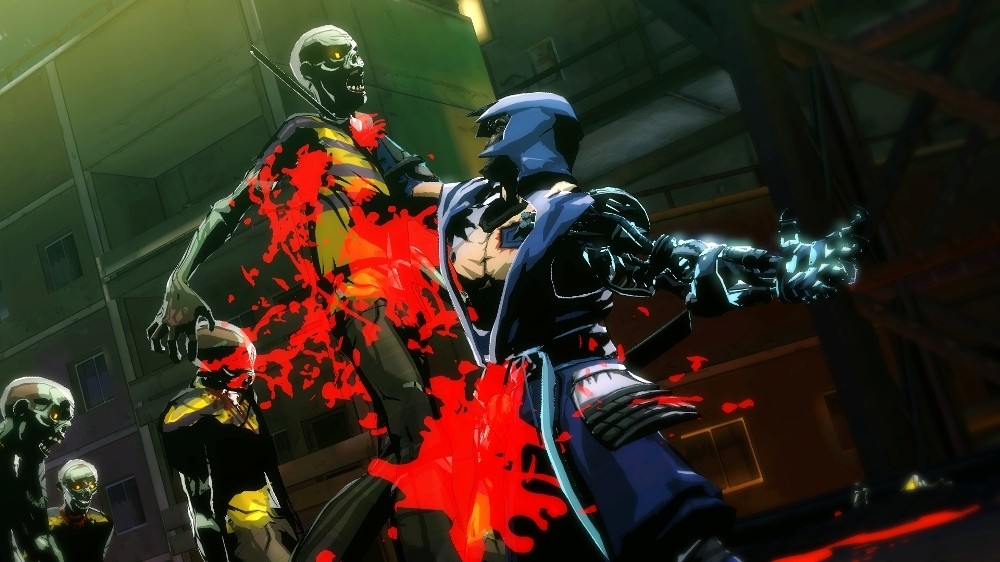 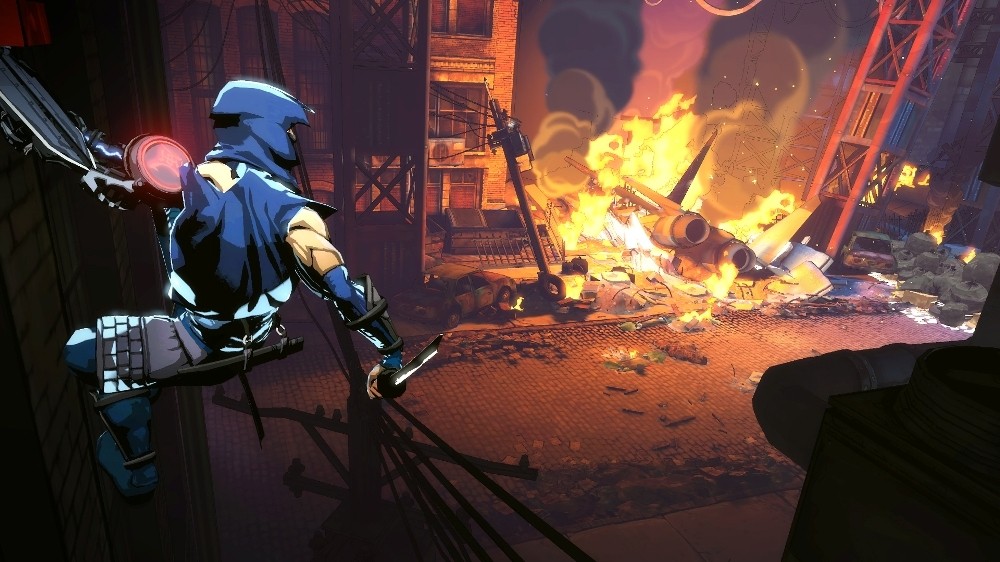 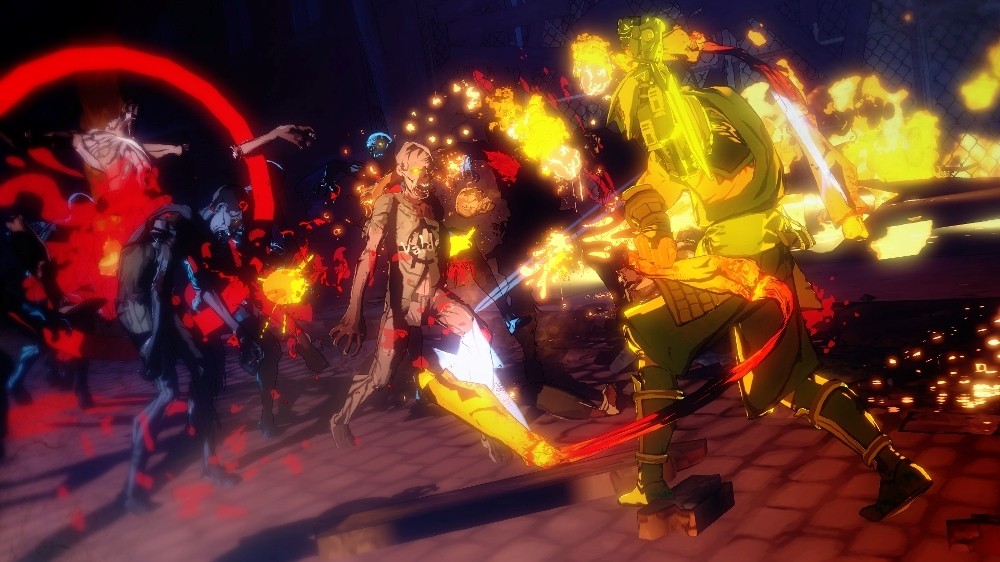