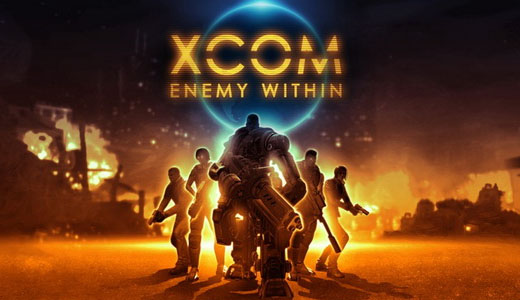 The expansion encourages a more aggressive and less overly cautious play style without sacrificing the deadly suspense that gave the base game so much tension. MEC troopers are awesome, and there’s no feeling quite like punching a Chrysalid through a wall.

EXALT only mainly affects the early and mid-game, and the late game is still largely an easy victory lap.

XCOM: Enemy Within adds a huge amount of new content to the game, and its changes encourage a much more proactive and aggressive play style. If you liked the base game, get this as soon as you can.

Let’s start with the flashiest stuff. The biggest change to the game is the addition of Meld, a new resource that lets you genetically enhance your soldiers or augment them with cybernetics. Genetically enhanced soldiers gain superhuman traits like the ability to camouflage their skin to match the environment or leap onto rooftops. Cybernetically augmented soldiers have their class replaced with a new one, the MEC trooper. They wear enormous suits of powered armor that transform them into walking tanks that wield huge guns that destroy cover.

These are powerful options, but you’re going to need a supply of Meld. This substance is found in canisters in every abduction and UFO crash site map. However, there’s a catch. Each map contains two canisters of Meld, but the Meld is on a self-destruct timer. If you don’t reach it in time, you lose it. This simple new mini-objective on each map changes play in XCOM enormously. The best approach in Enemy Unknown is usually extremely cautious advancement, crawling around the map at a slow pace, and taking your time to fight on your own terms. In Enemy Within, that strategy won’t cut it if you want to grab all the Meld you can get. For XCOM veterans who were starting to get bored with the optimal approach, Meld encourages riskier plays. The slow and careful approach is, of course, still open, but now it has actual downsides. 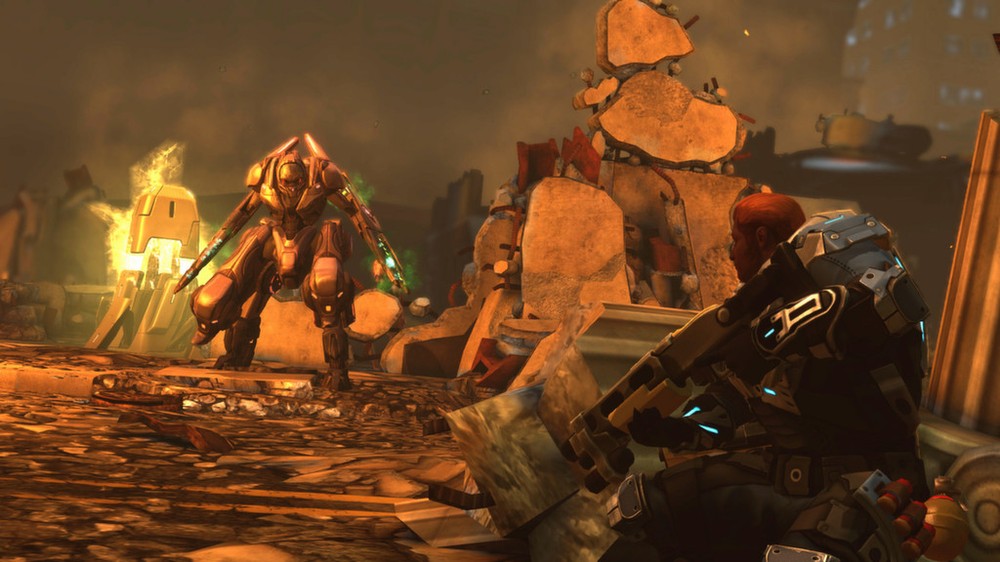 This new faster and more aggressive approach to play is especially helpful when dealing with EXALT, a new group of human antagonists. Unlike the aliens, who target humanity in general, EXALT is dedicated specifically to ruining XCOM’s day. Occasionally, a cell of EXALT operatives will steal your money, destroy days of research, or broadcast propaganda to raise a country’s panic level. When they do this, the cell becomes exposed, and you can send one of your soldiers after them to get intelligence on the location of the main EXALT base. After a few days, you’ll get a mission to help that soldier escape with a clue about the location to EXALT’s home base.

During these missions, you often have to fight wave after wave of EXALT operatives, and this is where things get really different. In most situations, you only fight aliens in small groups, and aliens wander the map or stay in just a few places. EXALT, on the other hand, is out to get you. A mission can involve wave after wave of EXALT operatives doing their burst to murder your squad, and if you fight them like they’re aliens, they’re going to succeed. Playing defensively might work against aliens, but against your fellow man, you need to be aggressive. Whatever operatives you kill, more are going to be on their way, and if you can’t keep their numbers down, you’ll be overwhelmed.

Where Meld exists to shake up the battlescape where your soldiers fight the enemy, EXALT exists to shake up the geoscape where you manage your base. If you’re sitting on a surplus of money and saving up for something big, or sitting comfortably on high but not quite maxed out panic levels, EXALT is likely to screw up your day unless you go aggressive. You can pay to conduct a global scan that’ll reveal all EXALT cells on the global map for a short time, and once revealed, those cells can’t hurt you. On top of that, you can send in a soldier as a covert operative to disrupt them and gather intel, just as if they completed an operation against you. Once you’ve gathered enough intel, of course, you can launch an attack on EXALT’s main base and put them out of commission. That, of course, is extremely satisfying, and it manages to turn even the game’s broader strategic layer into an exercise in being proactive and taking the fight to the enemy. My only real complaint about EXALT is that once you put an end to EXALT, you’re likely just in the mid-game, and the rest of the game plays out much like the base game, except for the more aggressive play style. 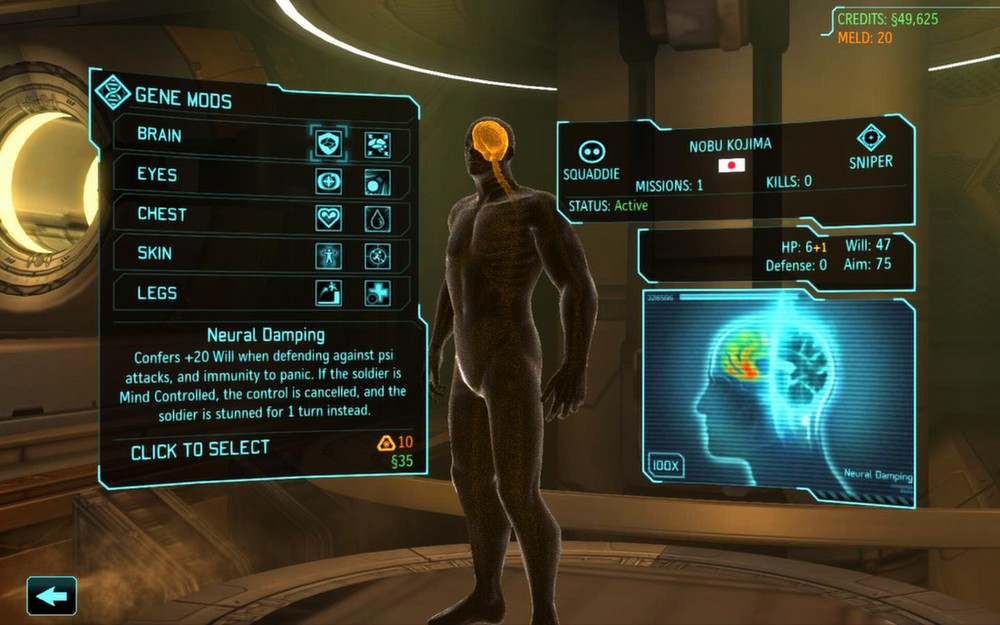 On top of these brand new systems, the game’s also added a hefty amount of new content on top of what was already there. Loads of new maps have been added to the game, resulting in a much more diverse set of locations for battle. I didn’t see any of the old and familiar maps for months of in-game time, which kept me on my toes, since I had no idea what was ever going to lie ahead. New UFO crash site maps are especially welcome. In the old game, they always crashed into the woods. This time, UFOs can splash down in more diverse areas. The most notable of these was smashed into an office skyscraper where I had to make my way through the wreckage of burning cubicles. However, as a special treat for long-time XCOM fans who have been playing since the title was spelled X-Com, there’s a rural farm crash site map. That really brought a smile to my face. At least, until I shot a rocket into a wall and accidentally triggered an additional spawn of aliens I wasn’t ready to fight. But hey. That’s XCOM, baby.

There’s also been a load of new gear, making the Foundry especially valuable. Needle grenades have a huge blast radius, but their blasts don’t penetrate cover. Ghost grenades let you cloak your squad and let you stealth around. Reaper rounds give your conventional weapons a little extra oomph in the early game at the cost of long-range accuracy. I could go on and on. On top of this, the new Tactical Rigging project in the Foundry lets you carry two pieces of gear on every soldier, much like the Support class’s old Deep Pockets upgrade. There’s a lot to play with here, and Tactical Rigging lets you experiment with your new options while letting you keep your old standby equipment.

Oh, and the soldier promotions have been changed up as well. Deep Pockets was changed to allow an additional use of limited use items (since Tactical Rigging renders the old one redundant), for example. A lot of skills that never saw much use were made a lot more attractive, so there are fewer obvious choices when customizing your soldiers. The Assault class skill Close and Personal, for example, now makes it so that the first shot you take on a target within 4 tiles doesn’t count as an action (though it can’t be combined with Run and Gun). The old version just gave a bonus to crit chance against extremely close targets.  A very few skills were given an outright nerf. Squad Sight snipers, for example, can no longer land critical hits on enemies beyond their normal range of fire (unless using Headshot). While a little disappointing, I think everyone who played a lot of Enemy Unknown can agree that Squad Sight snipers are overpowered. This new change encourages them to stay closer to their squad instead of staying in their deployment zone and sniping everything without ever putting themselves in harm’s way. 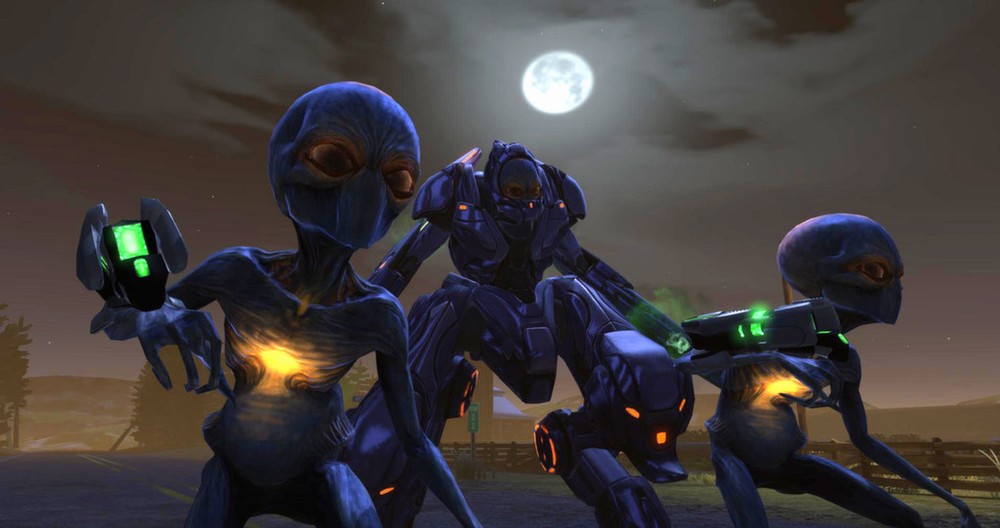 In fact, one of the two new aliens added to the game is there specifically for that purpose. Seekers are flying robotic drones that cloak themselves as soon as they’re discovered, then strangle isolated soldiers. If you spot Seekers and your Sniper is five turns of running away from the rest of your soldiers, things probably won’t end well for your Sniper. Seekers also love to wait until you get into a fight with other aliens before ambushing someone. I’ve never lost a soldier to Seeker strangling, but a soldier that has a Seeker clamp onto them can’t move or shoot, and has a few turns before they die from it. You can shoot the Seeker off, but a soldier needs the rest of the turn to catch their breath, which can complicate a firefight in progress.

The other new alien is the Mechtoid. Like the name implies,.it’s a Sectoid in a huge mech suit. Mechtoids are effectively early-game Sectopods. These guys don’t change the game up too much directly, but they do allow Sectoids to remain a reasonable threat through the course of the entire game, instead of Sectoids just never spawning again after the early months. Sectoids also start spawning in Council missions alongside Thin Men now, so be prepared to see a lot more of them. Considering that Sectoids are the classic gray alien design, it feels appropriate for them to always be present in some fashion.

Enemy Within also offers a number of other lesser changes that bring some solid improvements to the game. There’s now a button you can click to unequip gear from all your soldiers, so you don’t have to go through and look for the guy who’s wearing your sixth set of Titan armor. There’s a new option to allow soldiers to speak the language of their home countries (as long as it’s a language the game was previously localized to). The infamous “teleporting alien” bug has been annihilated once and for all. New Second Wave options have been added, including Training Roulette, which gives soldiers access to random upgrades when promoted. Oh, and Save Scum, which regenerates the random number seed, so players can reload the game if a shot they really need fails. I’m also fond of Aiming Angles, which grants a bonus to aim if a soldier is closer to flanking an enemy.

XCOM: Enemy Within adds a huge amount of new content to the game, and its changes encourage a much more proactive and aggressive play style. For long-time players of Enemy Unknown, this is a welcome change, since playing the game and taking extreme caution can become dry and clinical. If you liked the base game, get this as soon as you can.
Good luck, commander. 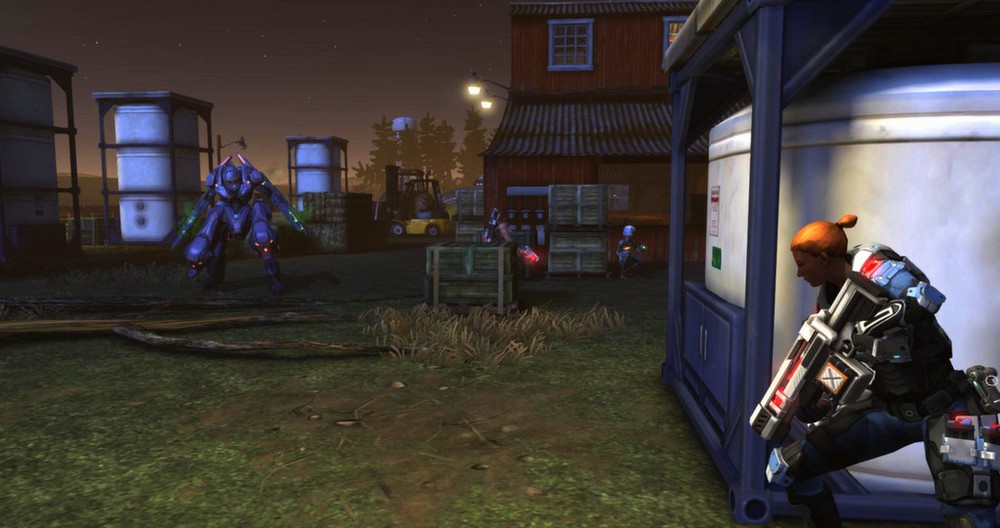 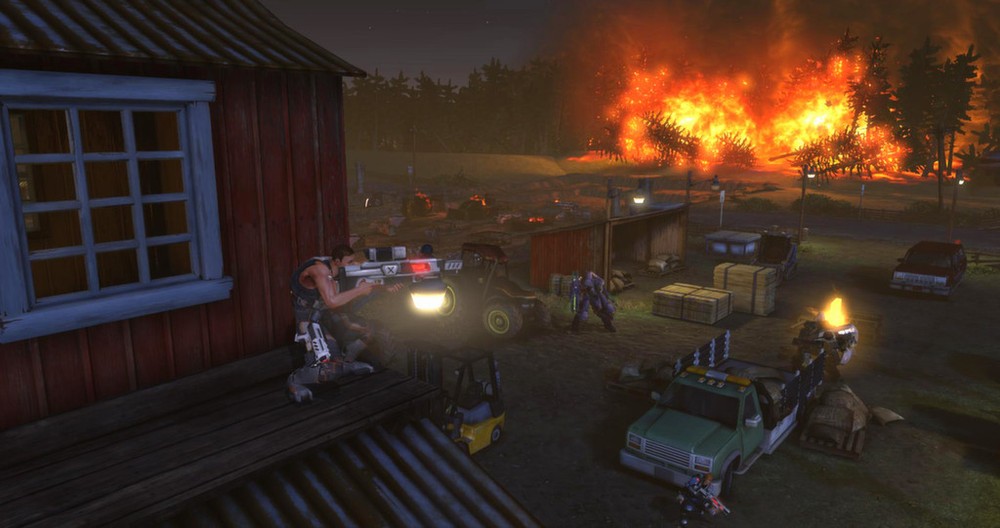 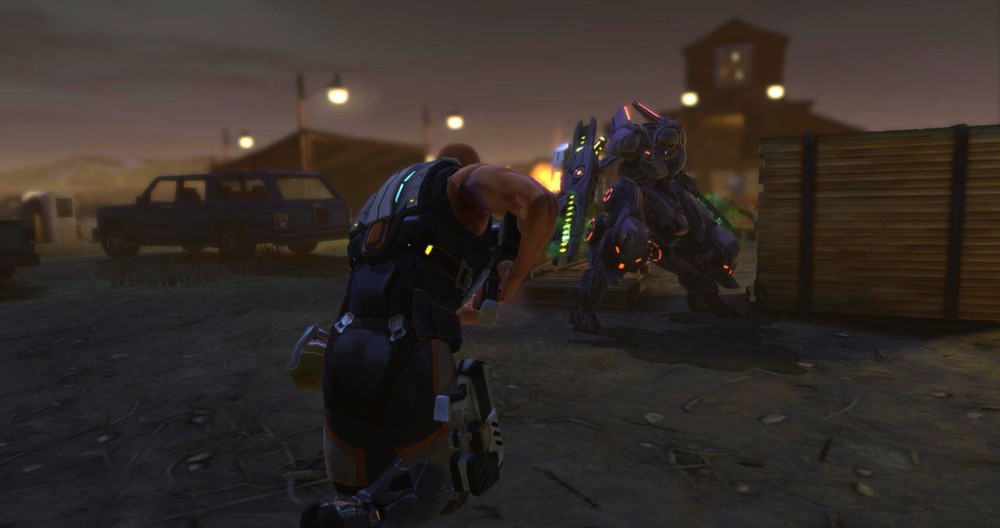 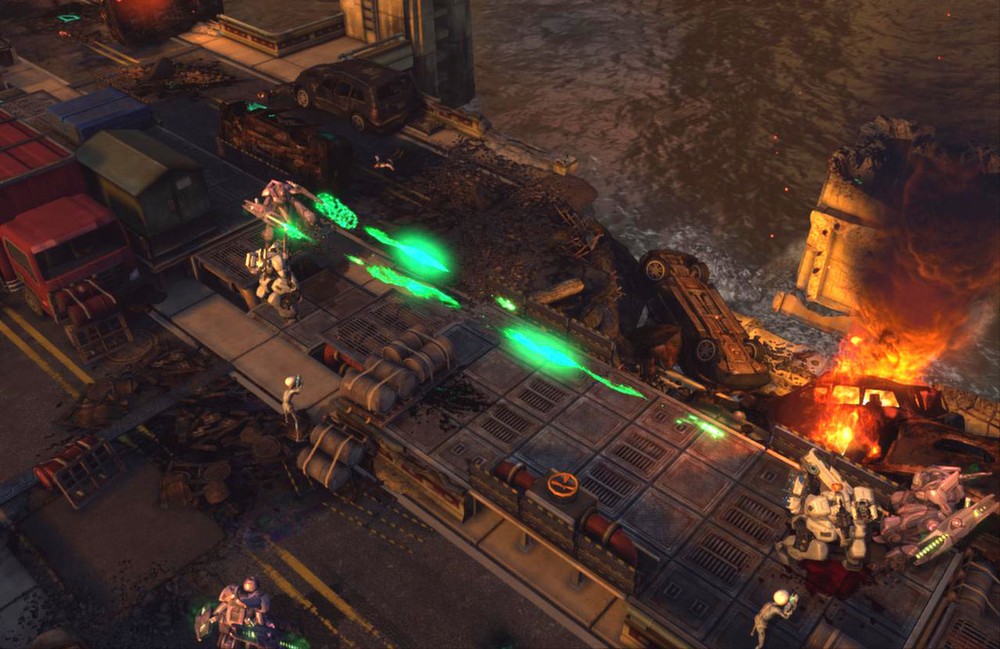 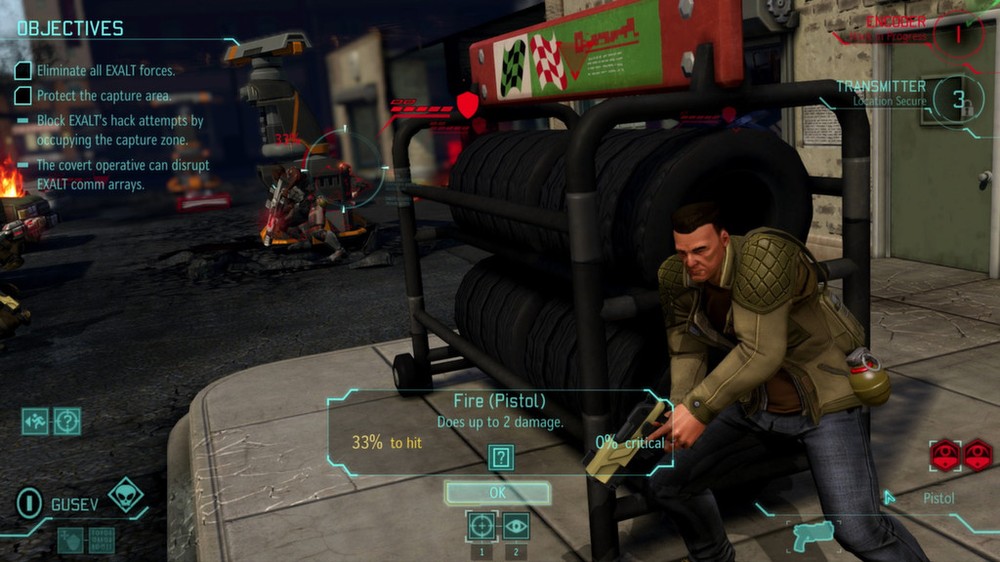 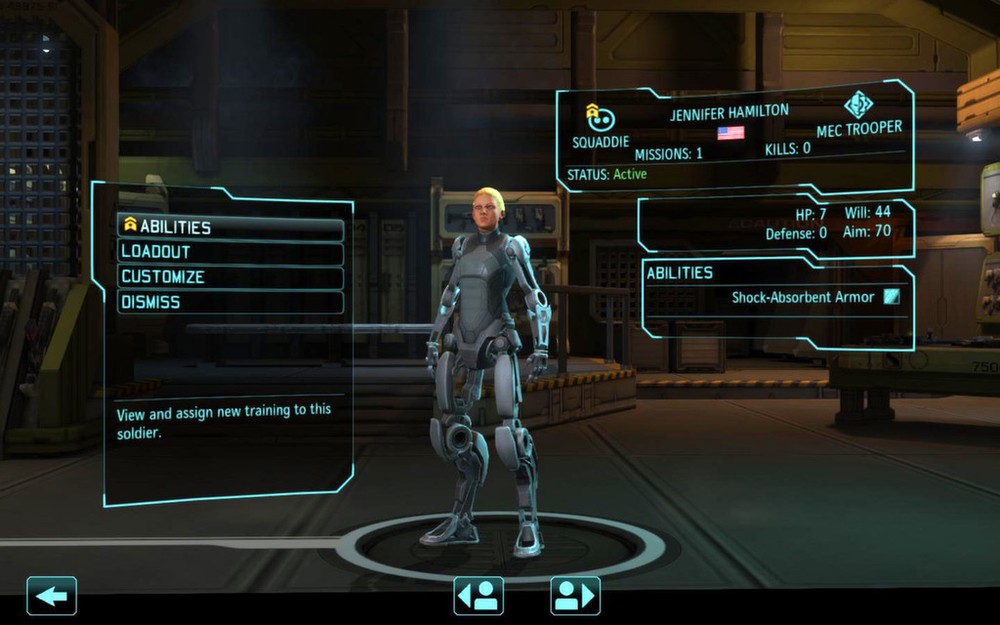 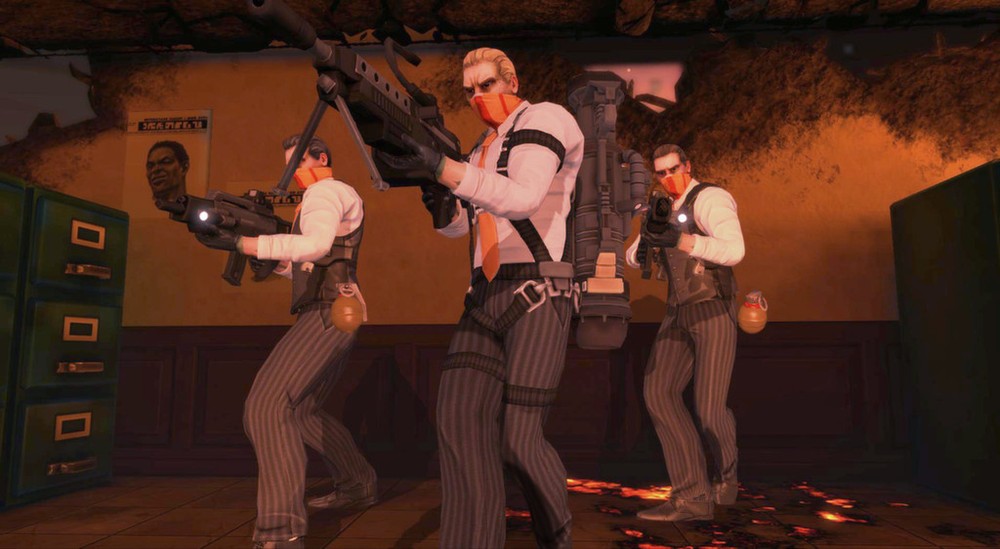 Requires the base game XCOM: Enemy Unknown in order to play.