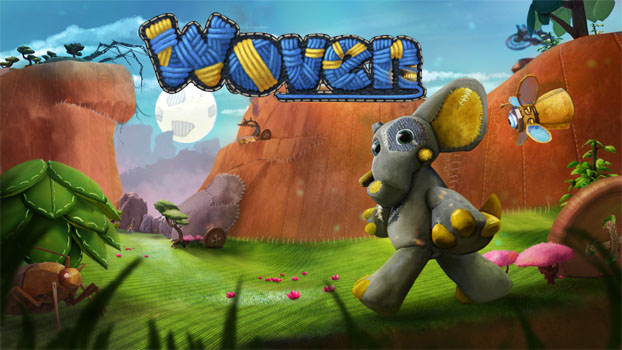 - No map
- Rhythm puzzles may be too difficult for younter kids.

I was pretty excited to experience Woven, having followed it since it was announced on Kickstarter. I really had no idea what to expect as the game loaded, and my initial reaction was disappointment until I realized that the game had launched into the lowest video settings possible. After a quick trip to the video settings my jaw hit the floor when I finally got to see Stuffy and the amazing world around him in stunning 4K. I haven’t seen such attention to detail outside of games like LittleBigPlanet and Yoshi’s Woolly World and this beats them both. Every fabric texture and every stitch holding this arts and crafts world together is fully realized and constantly changing as you explore six wonderfully unique environments in classic 3D adventure gameplay. 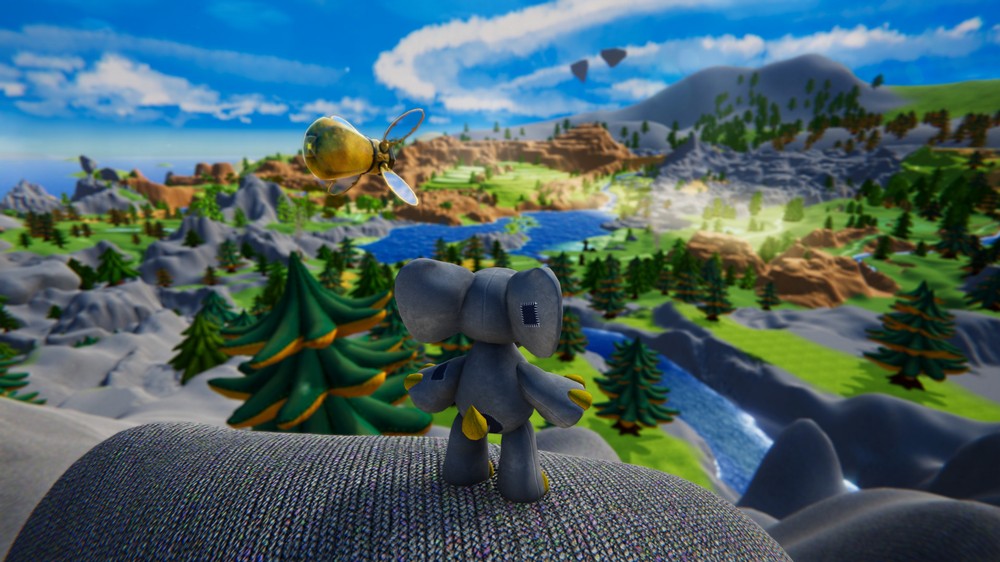 You’ll start off playing Stuffy, and adorable stuffed elephant that quickly teams up with Glitch, a firefly who has lost his memory and will follow you around scanning items to reveal clues and puzzle elements required to solve the mystery of a forgotten past. Woven is a breath of fresh air in a hobby filled with so much intensity and violence. The leisurely pace of the exploration and the thoughtful puzzle designs combined with the charming visuals and almost hypnotic storybook narration told in rhyme is great fun for kids, adults, or even as a family, as this game will certainly attracts kids who may be too young to get past certain parts.

Woven is mostly about exploration and collectibles but there are also plenty of puzzles tossed in and many of these focus on Stuffy’s ability to change his appearance and abilities. This is done by finding and unlocking new patterns then visiting a sewing station and choosing from various body part patterns to change-up your design. You can change out your arms for added punching power to move obstacles or you can change your legs so you can jump higher/farther. You can even make cosmetic changes to switch out your material from cloth, leather, or many more as well as changing colors to hide from danger or solve puzzles. There are over 100 fabrics to discover and experiment with that can all integrate with the various blueprints, and it’s all presented in a friendly menu interface for customizing Stuffy. 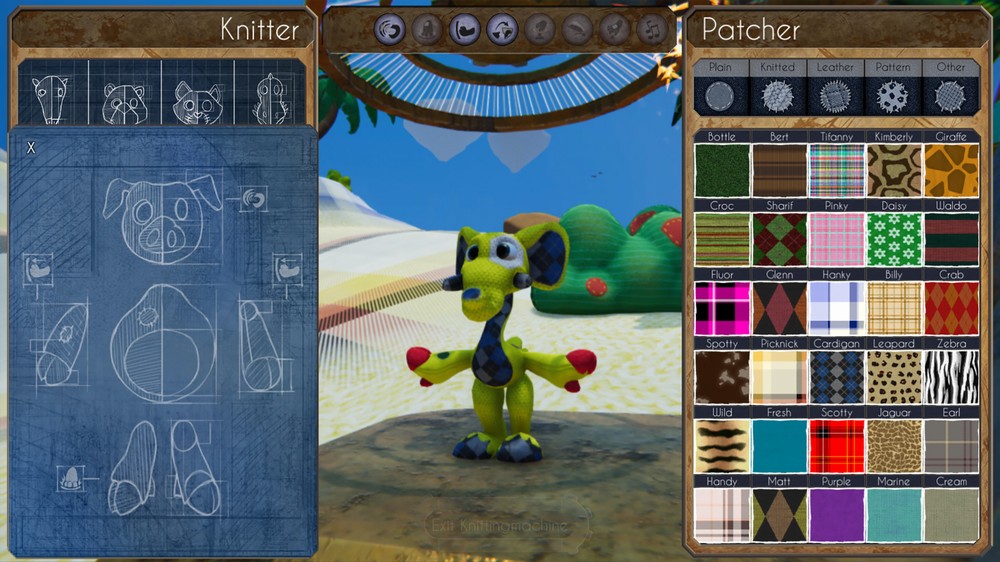 Woven is a very relaxing game, partly due to the non-violent gameplay but mostly due to the wonderful narration taking place while you play. Told entirely in rhyme (yes, sometimes they are stretching to make that happen) the soothing voice of the narrator reminded me of the Trine series. He provides an interesting backstory as well as setting up the emotion of the scene and even the occasional hint. Combined with the outstanding soundtrack and immersive sound effects, the entire sound package is a work of audio art.

The game lacked a map and the various environments didn’t have clear borders so it can be easy to get lost or even know where to go next, but getting lost in this world of fabric is its own reward since there are so many charming characters to encounter and so much stuff to collect. Secrets and story elements abound, making you want to explore every square stitch. The more hidden memories you uncover the more backstory is revealed, tempting you to find the next clue in this revealing mystery. 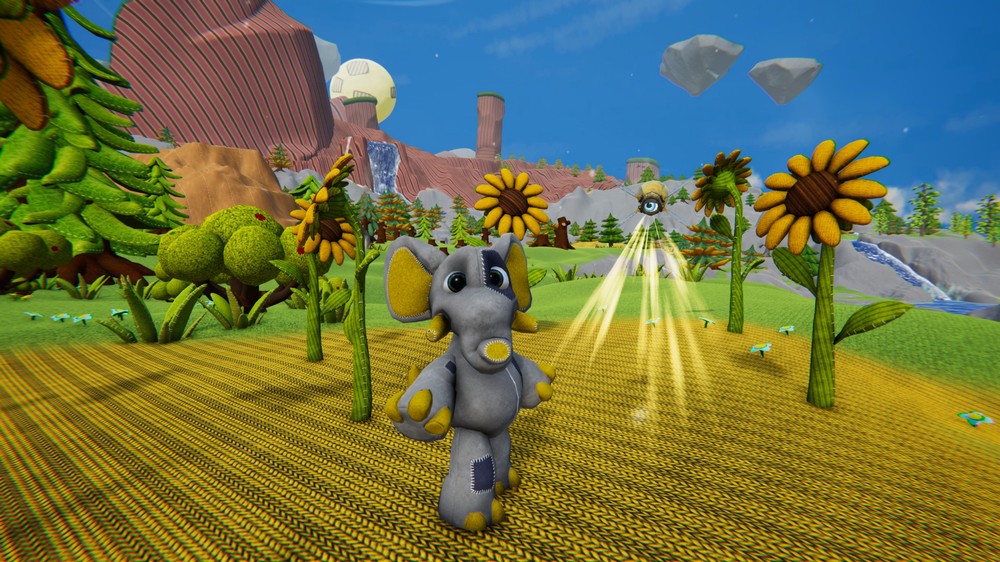 Woven was a total delight and while it can be finished in 8-10 hours it will take you much longer if you want to totally complete it. Some of the collectibles are very challenging to find and collect. The game scales nicely across a wide range of system hardware and those with higher specs will certainly appreciate the super attention to detail in every square inch of fabric and every stitch that brings and holds this enchanting world together.   Woven is one of the most original and memorable games of 2019. Don’t miss it.