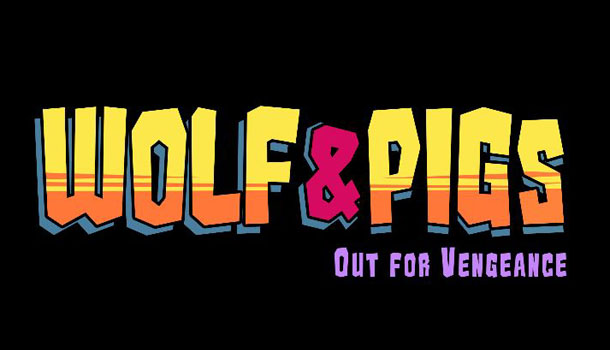 I love every part of this game except the actual gameplay.

Wolf & Pigs: Out for Vengeance is one of those games that I so desperately want to enjoy. Everything about it from the flipped script of The Three Little Pigs to the charming art design and unique cardboard cutout presentation to the endless humor strewn throughout kept me playing long after commonsense told me to bail. How could you not love a game where those famous three pigs turn out to be evil gangsters trying to take over the world and you’re playing the literal “lone wolf”, the last of his species?

The game uses a traveling theater as its menu and hub to the various chapters and stages of the story. This central area is quite original, as everything is constructed from corrugated cardboard like some arts and crafts project. Story cutscenes are presented much like a puppet show with fun art and pop-up cardboard characters and text bubbles – it’s all quite clever, even if the story gets surprisingly dark in the first few moments. Turns out those three pigs cut off the arms of the sole surviving wolf and left him to die, but Dr. Bacon has managed to give our hero mechanical arms with grappling cables that can also be switched out with a variety of weapons. 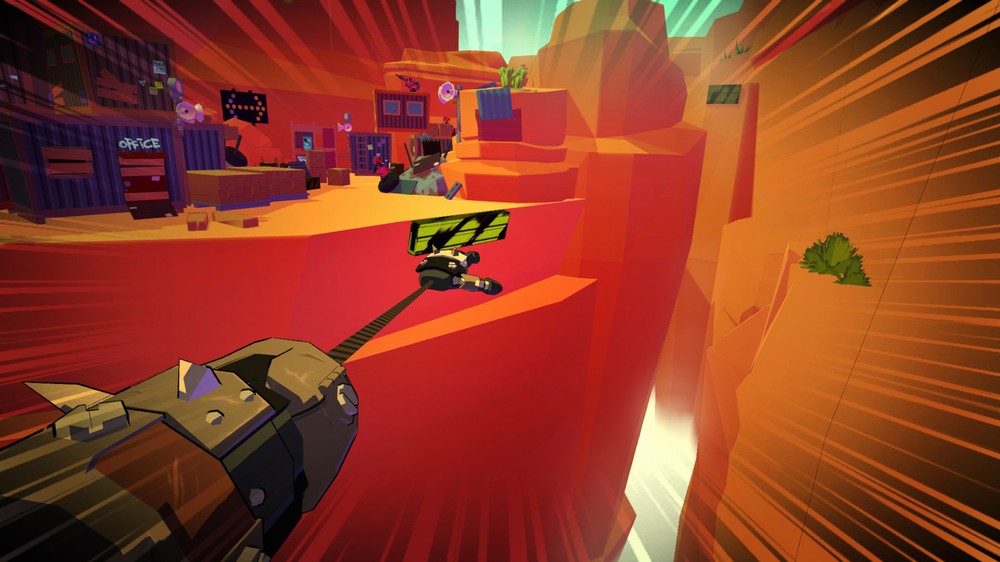 Jumping into the first level you’ll find a series of tutorial screens that clearly show you how to play. You basically point at wooden planks or beams to grapple and zip toward them. This is primary means of navigation in Wolf & Pigs, as there is no analog stick movement, not even for turning around. This is a mandatory standing and room-scale VR game despite the game saying you can play seated. While this mode of moving eliminates VR motion sickness it also seriously limits your mobility and overall enjoyment of the game. I felt like I was constantly paralyzed in place – like those pigs had cut off my legs as well.

Your limited mobility severely impacts your effectiveness in combat as well, since after zipping to a new location you are essentially a stationary target for any nearby pigs. Your only chance to avoid taking damage is to immediately grapple to a new plank and zip away or pray you have enough living room space to effectively dodge incoming fire by stepping out of the way. While the game is fairly linear with a focus on forward movement there are plenty of times where you need to survey your 360-degree surrounding, which leads to your ankles getting cocooned in your own headset cables. This game would certainly benefit from a wireless VR solution like the Oculus Quest. 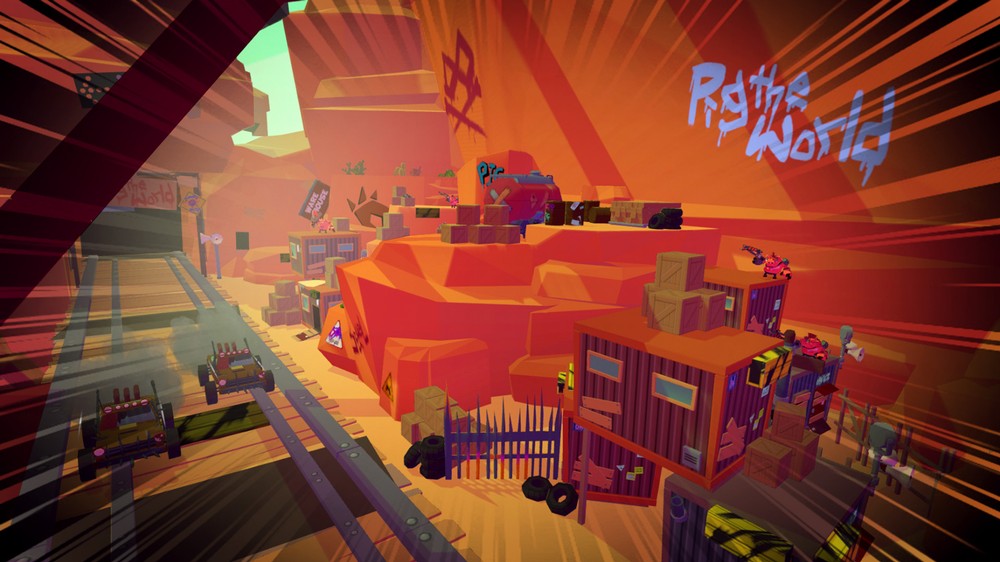 Controls are another issue. The A/X buttons used to swap between weapons and grappling cables is overly sensitive or just glitched. I would setup the perfect ambush and zip toward an enemy switching to guns in mid-zip, land and open fire only to find my zip wrist had either not changed or changed to a gun then back to the grapple. By the time I stopped firing cables at the pigs I was dead. Perhaps the worst part about the controls is the grenade-throwing. Trying to throw a grenade overhand is impossible. The game refuses to track the forward motion of my throwing arm so the grenade simple drops at my feet when I release the button no matter where I am in the throwing arc. I did find that you can lob grenades underhand with slightly better results, but it never feels responsive and the resulting arc never matches what I feel should have happened. There is a lot of trial and error with the grenades almost every time you need to use them, and when they did work it always felt like luck.

Wolf & Pigs could have been a fun action-shooter with great platforming elements, but due to poor controls and restrictive movement the whole thing turns into a repetitive grind where you are forced to suck up damage and hope you can make it to the end of each stage before your health bar depletes. Distant checkpoints mean playing and replaying significant portions of the game including combat and platforming sequences you’ll feel lucky to complete just once. Admittedly, you do get better the more you do these, but it’s still boring and ego-crushing. The game could have this really great flow to it but instead you are forced to stop an analyze before each new grapple move to see how you can gimmick the game by finding bits of environmental cover then using full-body dodge moves to duck or sidestep bullets and arrows that slowly arc toward you. More often than not you just suck it up and take the damage since the only reliable way to avoid taking damage is to keep moving, but if you are moving you can’t really shoot back. It’s very frustrating. 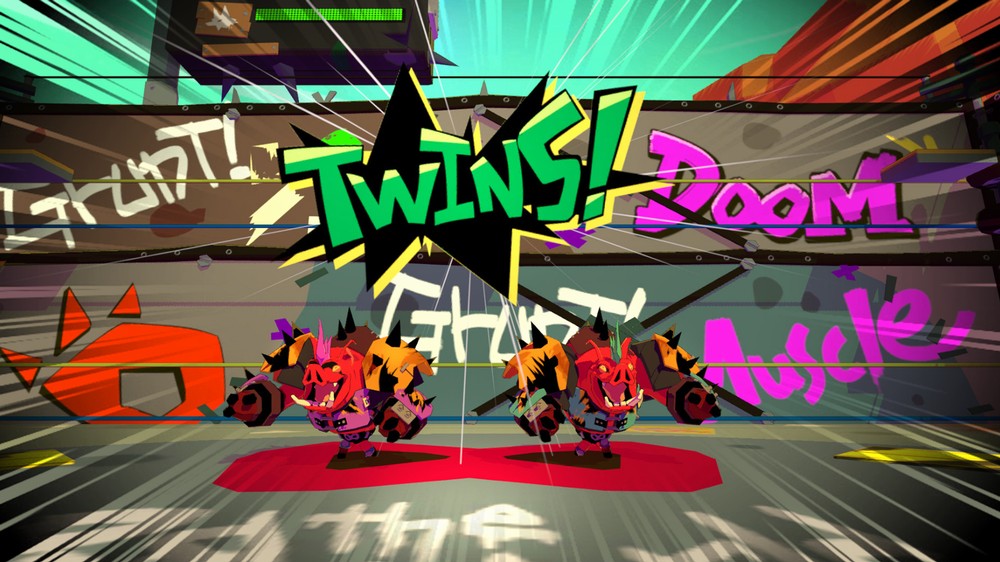 There seems to be a bit of replayability built into the game, aside from its “play-die-repeat” design. You are scored on each stage by completing objectives that earn you stars and a letter ranking, and from what I can tell there are things you can’t do on some levels until you perhaps earn upgraded abilities. In the first stage there is a chest high atop a cliff, and you have no way to reach it the first time you play this level making it impossible to earn the S ranking until you do.

I love every part of this game except the actual gameplay. There is so much great potential here, and hopefully it can be fixed in an update because I really want to finish it, but for the safety of my VR equipment and my own sanity I can no longer continue playing Wolf & Pigs: Out for Vengeance or recommend that you do either.

The game is out now on Steam for Oculus Rift, HTC Vive, and Valve Index. We only played on the Rifts S for this review. 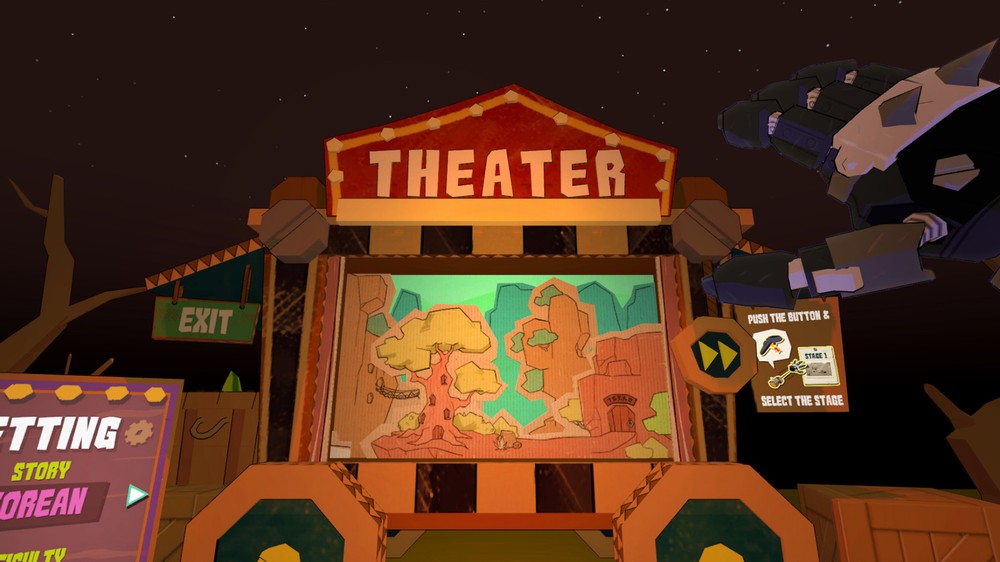 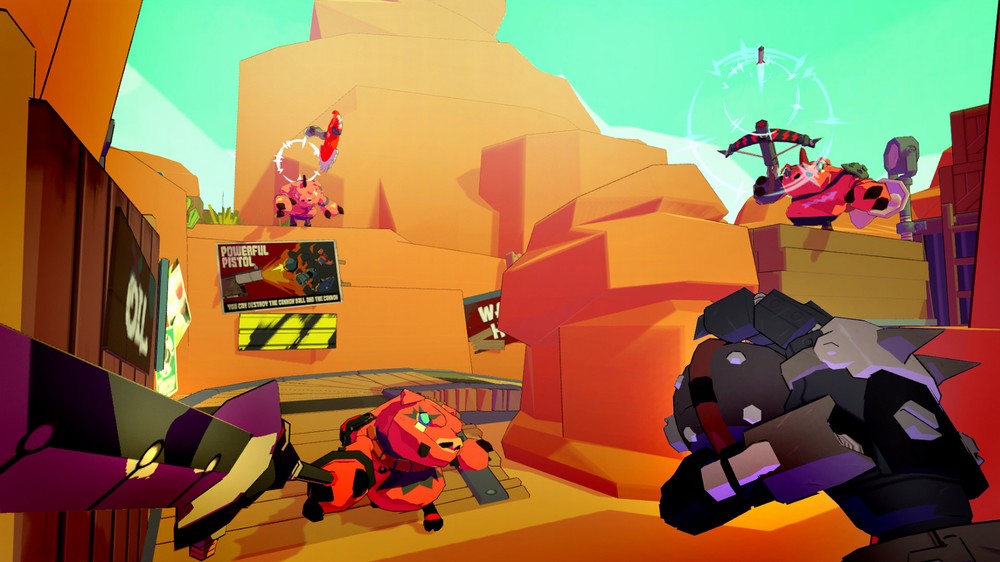 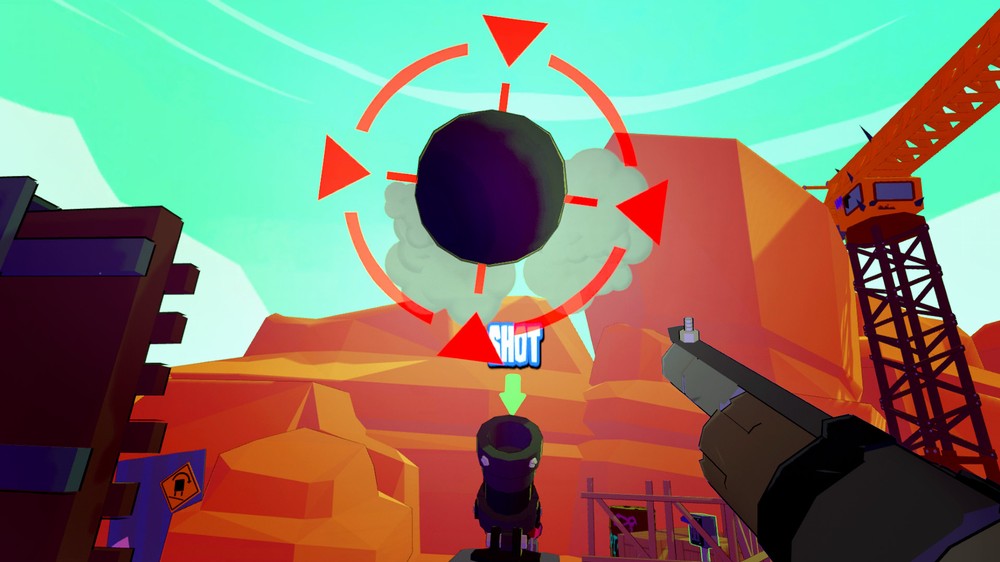 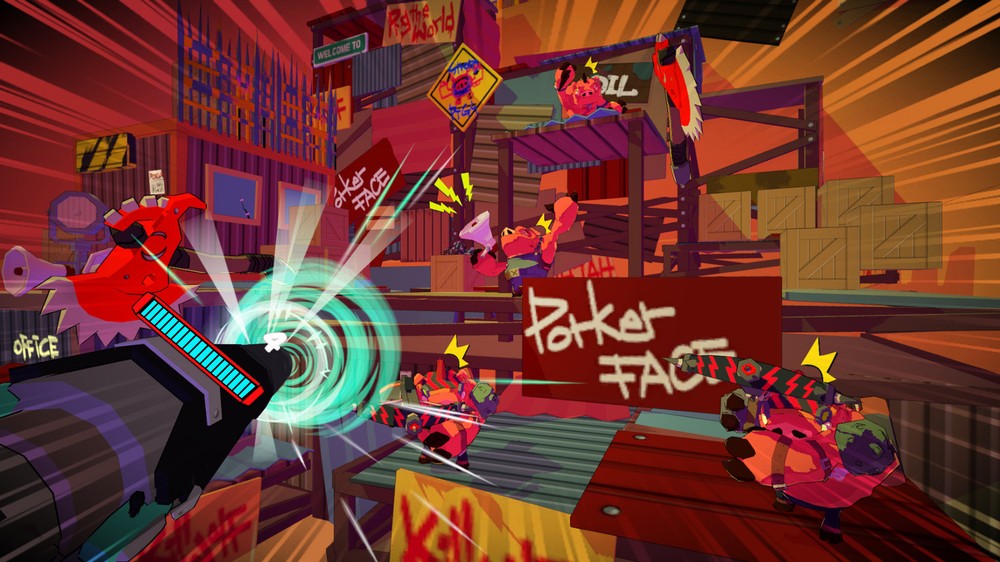