I’ll put it out there at the top: I’m not really a PVPer in MMOs. I’ve spent my time doing it, usually zerging around in Guild Wars 2’s world versus world, or… zerging around in World of Warcraft’s Alterac Valley. Really, if there’s a pattern to my PVP habits, it’s that I tend to do it while charging around with a huge blob of people. Mostly because, left alone, I can’t really compete. Nothing I can do seemed to do much, especially against the bionic meganerds that hop around my in circles as I desperately spin to try to keep them in sight.

WildStar changed that for me, and I can say why with one word: Telegraphs. Those templates for each attack make it so much easier to understand what’s going on, in the best possible way. Now, instead of just being about who can get the drop on someone, stun them, and hammer out their rotation, combat is about dodging attacks, trying to keep enemies in your sights, keeping aware of the attacks that are coming at you.

Granted, I’m not a PVP expert. If somebody told me that PVP was about that before, I’d believe them. But now it actually makes sense and can be followed by someone who’s not incredible at it. Color-coded templates on the ground turn out to make all the difference in the world, and dodging between the attacks of three players who’re converging on you and lining up shots that hit all of them is a real rush. 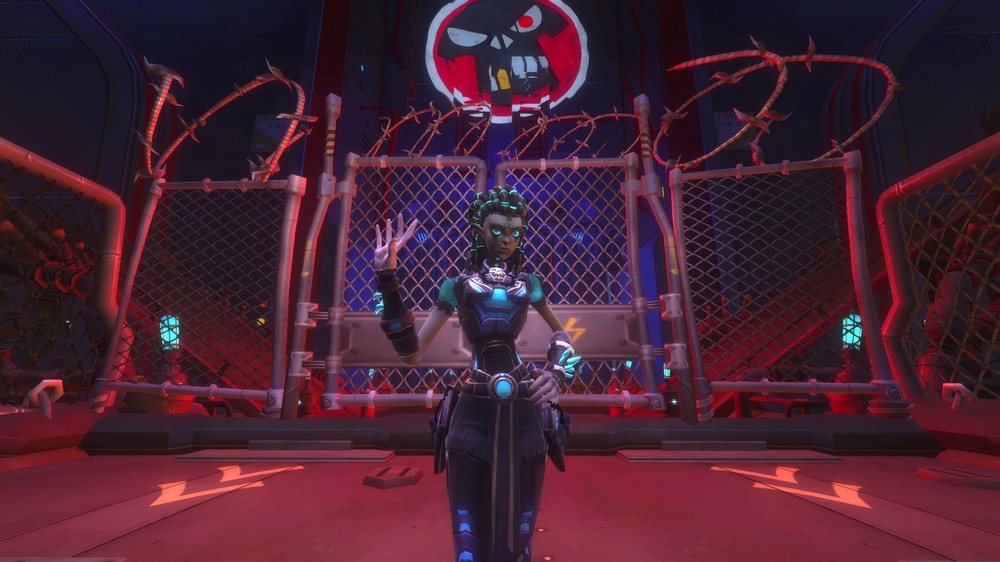 So, all that’s to say, the mechanics are fun, and even someone who’s as bad as me at PVP can have a good time. But how does it actually play? Pretty well, and with a good amount of variety. There are arenas and battlegrounds, for deathmatches and objective-based PVP, and then there’s WildStar’s big new addition to the PVP landscape, warplots. Each give unique rewards, and each is meant to appeal to people who something special out of killing other players.

Arenas are for the PVP hardcore. No objectives to get in your way, just pure killing. You can try them out, unranked, at level 30, and once you hit 50, you get into the ranked game. Arenas; like all of WildStar’s PVP, normalizes your gear and levels, so you only need to worry about your ability to kill, and to not be killed. The big thing that sets WildStar’s arena apart from typical arenas are the shared pool of respawns.

You won’t be able to just take out the enemy’s squishiest guy once, and be done with it. Instead, you’ll have to win battles, retreating back to your spawn in order to regroup when your fallen teammates come back, extending the match and giving more tactical options before the time finally comes to winnow down the opponent’s numbers for good. 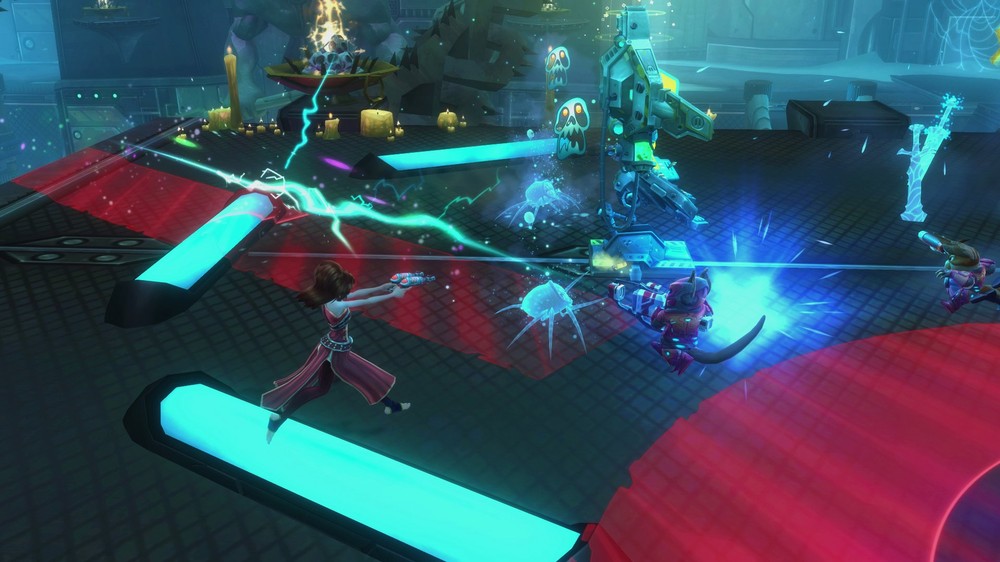 Battlegrounds, meanwhile, are more casual. Two exist right now, the capture-the-flag variant Walatiki Temple, and the capture point-based Halls of the Bloodsworn. Each has an interesting twist on the core formula, though. In Walatiki Temple, neutral tiki masks spawn near the center of the battleground, prompting a scramble to take control of them and bring them home before the opponent does. Meanwhile, masks you’ve already captured can be taken from your base, so it’s possible to come from behind through a dedicated campaign of theft. The first team to have five masks in their base wins, and it takes some coordination to manage to keep them there and drive off the enemy’s thieves.

While I didn’t get any hands-on experience with Halls of the Bloodsworn, the core concept sounds interesting. The attacking team is trying to capture the central point of the map, while the defending team is trying to hold out. To make the capture easier, the attackers can go for secondary capture points, which make the main one easier to hold.

Finally, there’s Warplots. The game’s unique innovation, Warplots are a 40-on-40 experience, designed to create the PVP equivalent of a raid. Warbands, groups of 40 players who team up for Warplots, design their fortress using a series of plugs and sockets similar to how a player adds features to their housing, each giving offensive or defensive benefits to the warband. Guard plugs will spawn monsters to protect your base, including the hilariously adorable chompacabras. Transport plugs will let you drop in on capture points between the bases. A boss plug can let you summon raid-scale bosses to fight your opponent. Once you’re done building, you can join matches, sending base against base. 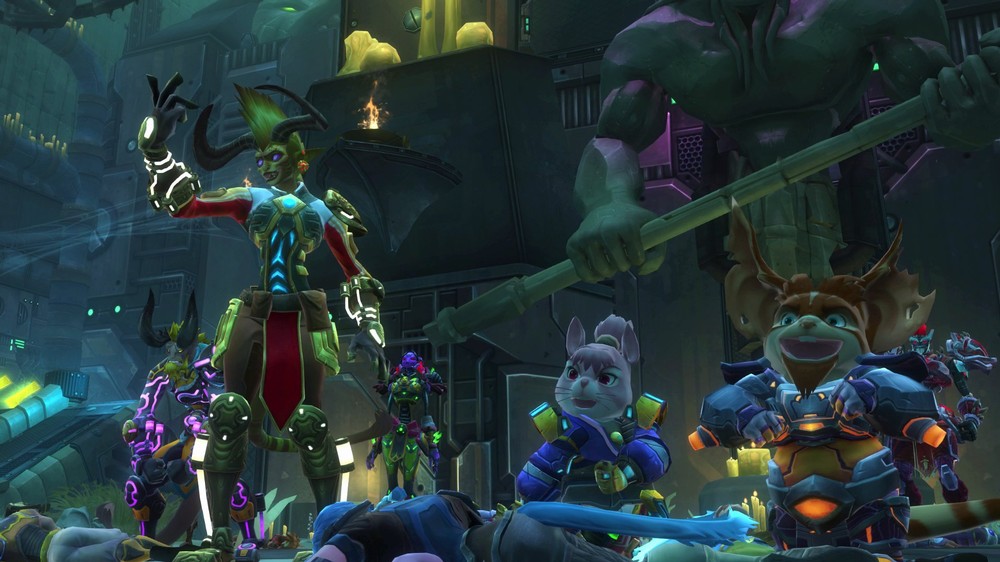 Each plug, and each player death, drains power, and power is what keeps you in the game, giving a broad selection of strategies to build your base around. You can aim to dominate the no-man’s land between bases, controlling the capture points and killing attackers to drain their power. You can build a power-cheap base and defend it yourself if you want to try playing the long game. You can focus on superweapons and other offensive abilities to back up your assault on the opponent’s two generators, knocking them out immediately. There’s a huge number of base structures you can plug in, and I’m anxious to see how the strategy shakes out.

The glue that binds all of this together are the nanopaks, resources that the warbands can pick up as they fight. You spend them to upgrade and repair plugs, to deploy objects to help in your defense, like turrets and mines, and to activate plugs’ special abilities. If you want to fire off your super weapon or send your boss out to wreck the opponent’s base, you’ll need the nanopak.

We only played one match, and only with twenty on a side, but it was still great fun, and I’ll be looking to join a warband when the game goes live to see how the full experience plays out. Even for someone who’s always been discouraged by PVP, WildStar manages to make it worth playing. 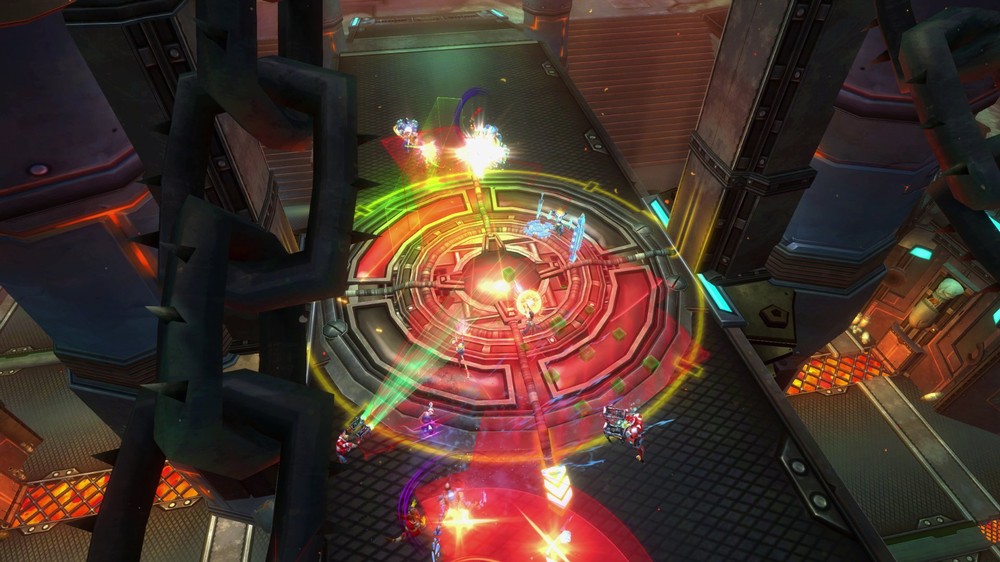 So, here’s all there is to know about Wildstar’s release.

First, the big news: It’s hard to say when, exactly, it’s coming out, since they’re still getting it all together, but Carbine Studios is aiming for a June 3rd release date. If you buy it then, or after it, you’ll be spending $60 for the game, along with 30 days of play time, three guest passes to get your friends hooked, and some Eldan-themed housing items, which is a pretty decent deal

If you feel especially generous, or really like digital trinkets, for $15 more, you can get the Digital Deluxe edition, with Eldan themed costume pieces, a hoverboard, and a title. You’ll also get dyes, so everyone can covet your exclusive colors.

Now, if you’re as eager as I am, you can preorder on March 19th, and get a whole lot more! Preorders get immediate access to the beta, a rocket house for their player housing, a suite of unique vanity items for their player housing that enhance their rest XP, a storage bag, and the ability to reserve player and guild names (or to spitefully reserve the player and guild names of your enemies, if that’s your thing.)

There won’t be a boxed copy for the US, but European customers will be able to get a boxed version of the Digital Deluxe edition in limited numbers. Sadly, for American box lovers, it sounded like this version couldn’t be played on US servers.

But if you were looking to buy Wildstar, that’s all you need to know. Wait until the 19th, then get on it! 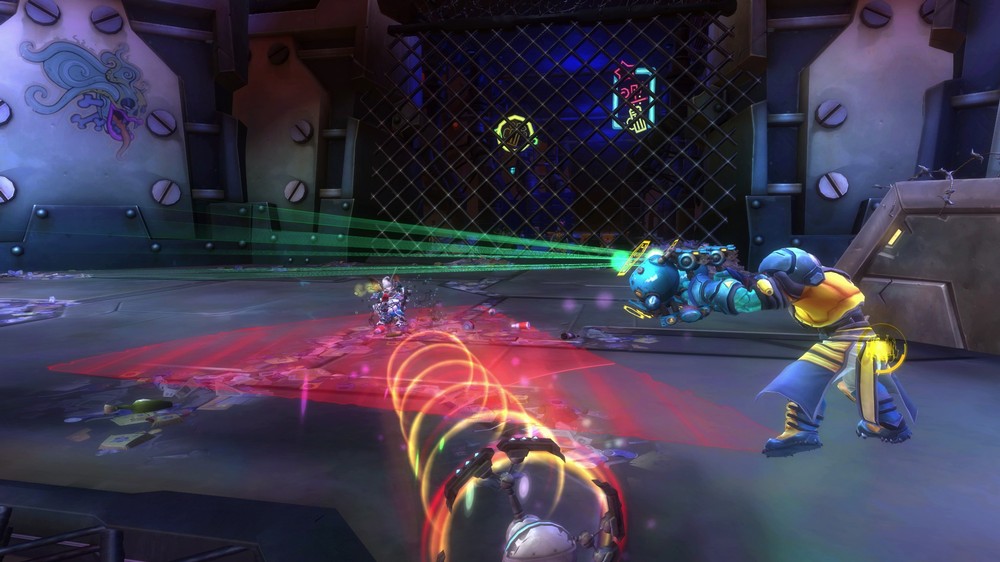 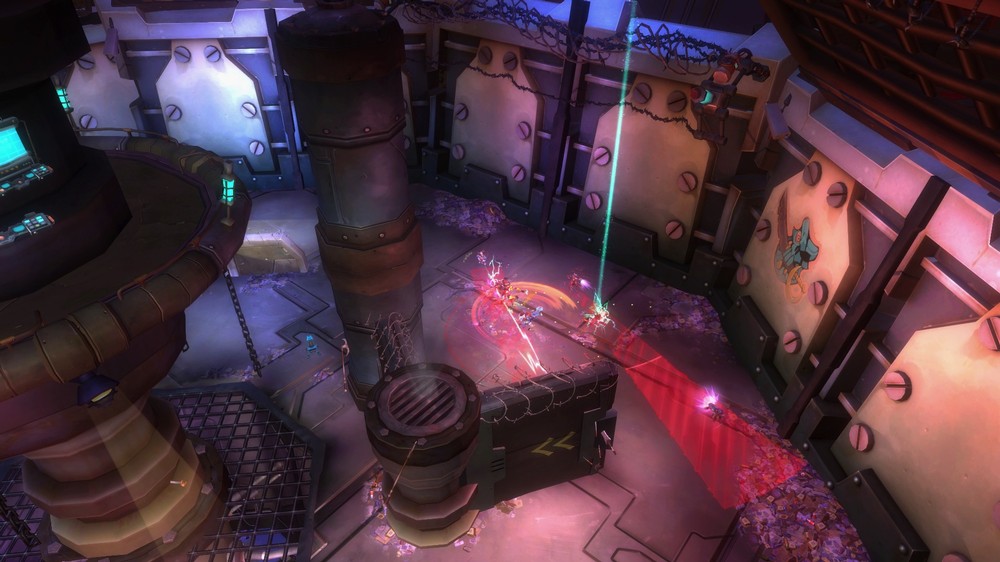 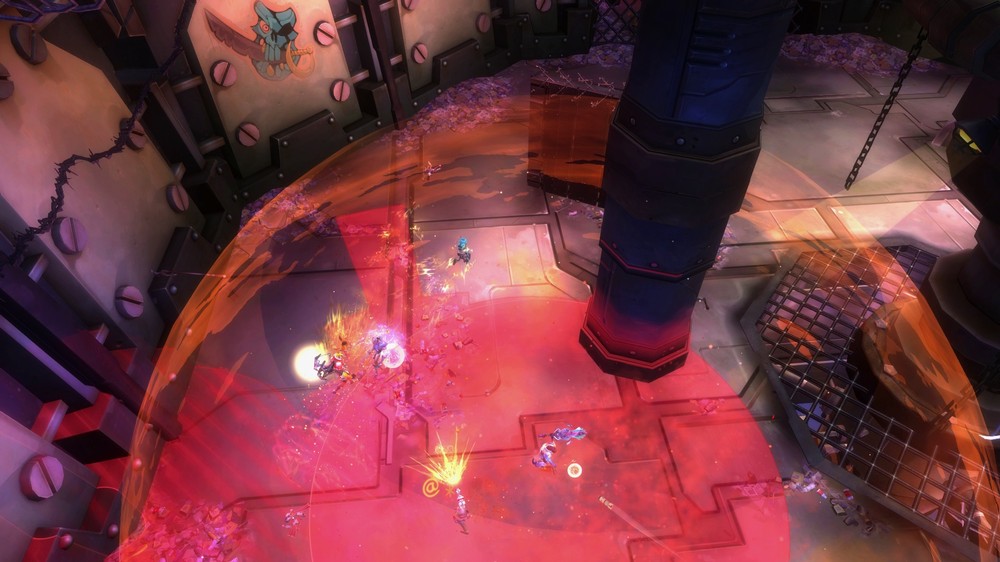 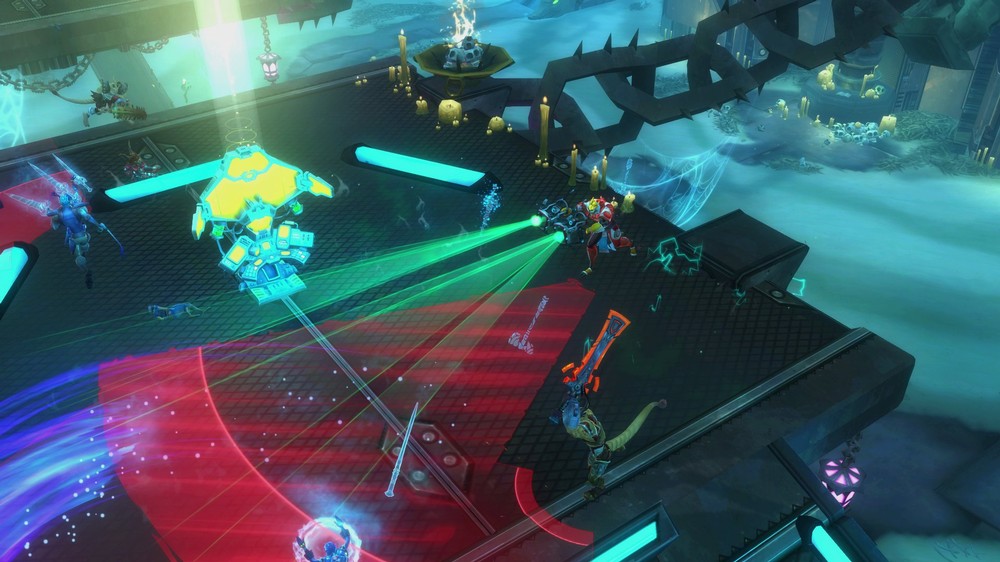 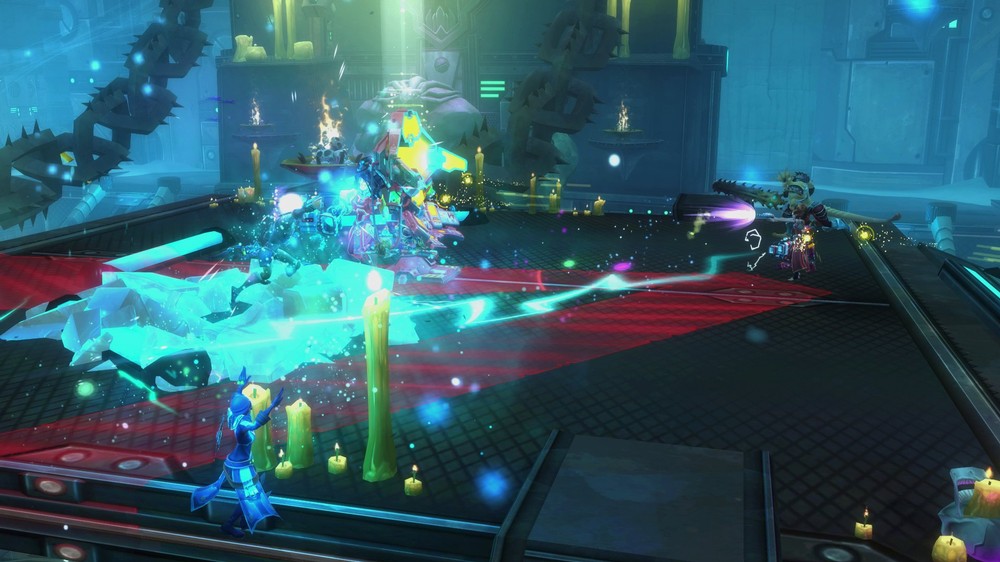 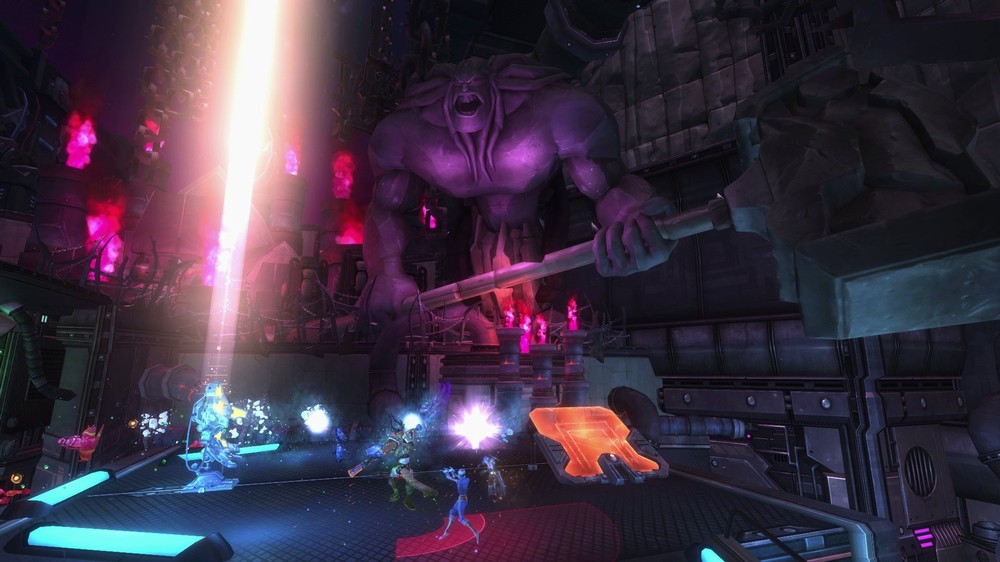 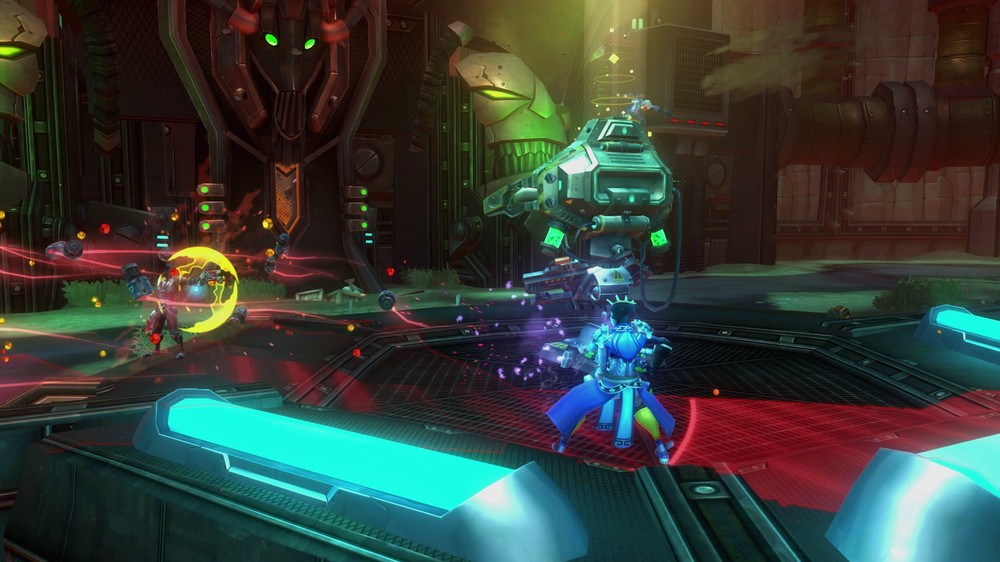 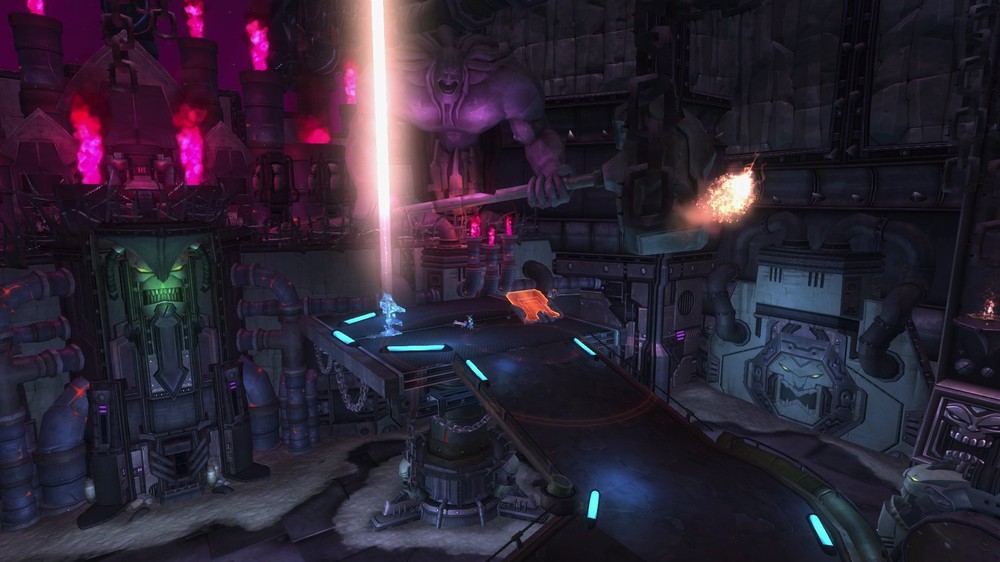