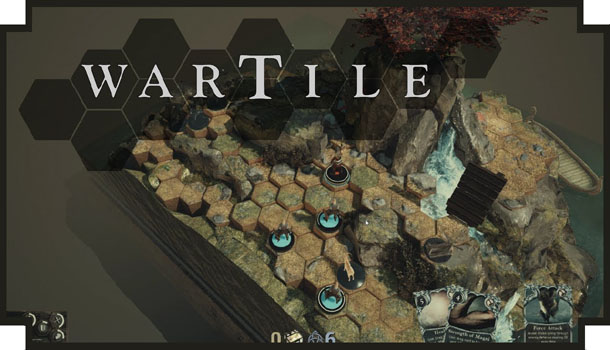 A unique experience until the initial novelty wears off to reveal a shallow and unremarkable RPG/board game.

At some point, almost every child playing with toys has wished that they would come alive, acting independently and carrying out their own adventures. Though Wartile is based more on board games than regular action figures, it attempts to capitalize on the same wishes, but leaning more towards the Indian in the Cupboard stories rather than something like Toy Story. Featuring a heavy focus on Norse mythology, Wartile asks the player to guide a group of warriors around a number of game boards, defeating enemies, collecting mystical McGuffins and encountering all kinds of strange creatures.

There’s clearly a heavy board game and miniature influence present within Wartile, but rather than using dice or taking turns to move your characters, your pieces are instead restricted by a cool down meter, meaning that once you have moved a piece, you’ll need to wait a few seconds before you can move them elsewhere. It takes some getting used to, but it does eventually start to make sense, and as each level has you in control of more than one character at a time, you can move pieces sequentially, which prevents you from sitting there waiting for something to do. In terms of combat, all you need to do is line a piece up with an opponent on an adjacent space, and they will begin fighting automatically. You do have a selection of special moves that you can choose to execute by assigning ability cards, but for the most part combat is taken out of your hands. 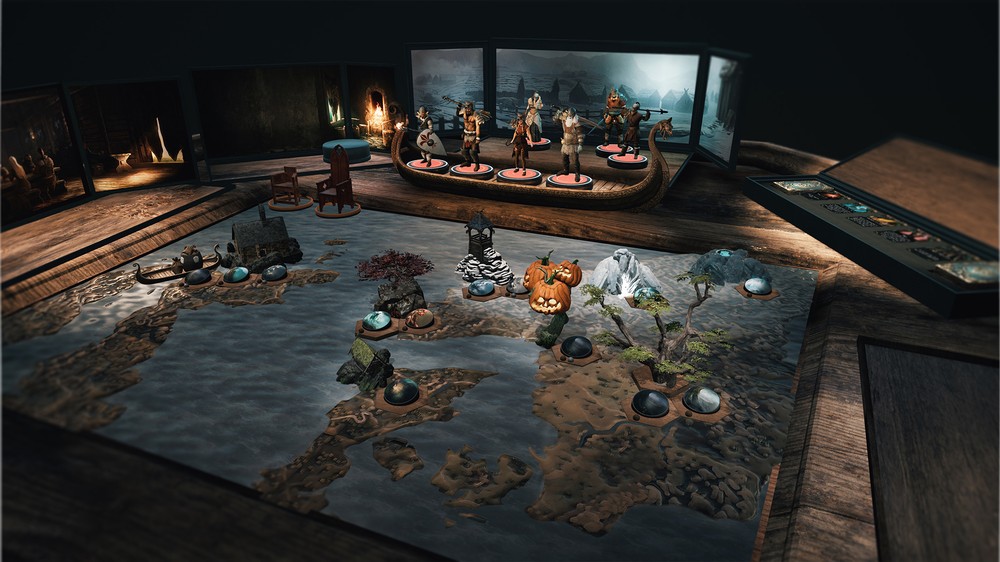 One of the strongest aspects of Wartile are the visuals, particularly when it comes to the game boards themselves, of which there’s an admirable number. There’s obviously been a lot of effort put into making these feel like tangible environments that players could imagine in someone’s converted basement or attic, though clearly in the real world these boards would cost an absolute fortune. There are fish caught in mid-jump, crackling fires and leafy trees, and the fact that the appearance of your character pieces changes when you equip new items adds to the feeling of ownership that you have over your fighters. You can purchase extra equipment and characters in the hub area as well, meaning that you can quickly setup your team in the way that you want.

Unfortunately, there are few areas within the game that lower the experience, most notably the UI and menu navigation. The first giveaway was with the narration, which is perfectly serviceable, if a little monotonous. However, the real clue was the dialogue boxes, which look cheap, almost as if they were an afterthought, placed as an overlay with a default Microsoft Word font. I also found the menu navigation to be clunky and imprecise, and the number of times that I lost my way on the hub menus due to tricky directional control was excessive. There’s also a lack of explanation regarding what you’re supposed to do on the hub menu too, especially as each story level has multiple incarnations. These varying difficulties are indicated on the top of each level screen, but they’re never outlined at the start, leaving players to figure it out for themselves. 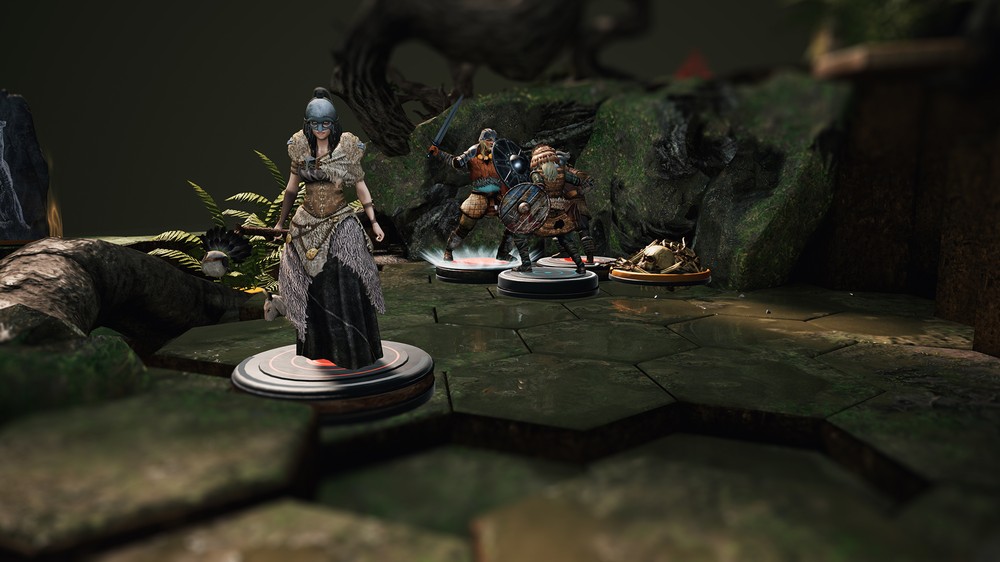 These multiple playthroughs of each level add to what is already a fairly sizeable game, and on PlayStation 4 Wartile includes a couple of extra non-story levels and a DLC campaign which unlocks after the main story is complete. Each tier of a level unlocks new equipment and ability cards, as well as awarding experience to your pieces, meaning that it’s well worth going through each tier when your character level allows. In effect, this serves as a form of grinding, but the rewards make each re-entry feel worthwhile as your characters become noticeably stronger. However, by the time you get towards the latter half of the game, and game boards are already being reused for narrative reasons, it can start to feel like you’re making the same moves over and over again.

Wartile is certainly a unique experience, even in terms of tactical RPGs or virtual board games, but unfortunately for a game of this length, novelty isn’t enough, and it needs to be enjoyable too. I found that once the interest of playing something new had worn off, Wartile was a little shallow and unremarkable, and I had to really push myself through the final few levels. It’s a shame, as experimentation in this medium needs to be rewarded, and there were parts of Wartile that I genuinely enjoyed and appreciated. 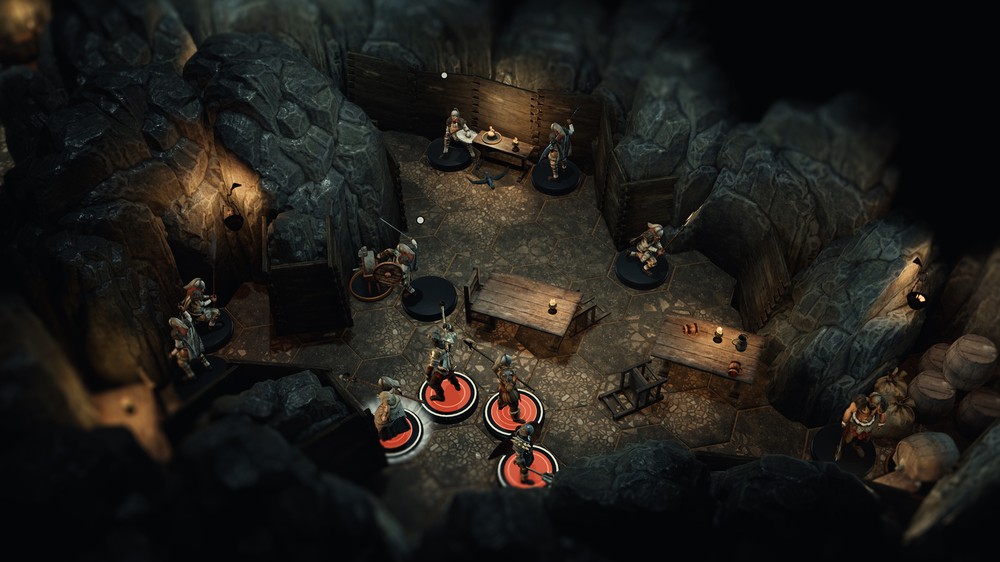 As a complete package, though, Wartile quickly starts to feel more than a little one-note, and there isn’t enough variety or evolution spread throughout the experience to make you feel like you’re doing anything differently at the end of the game than you were at the beginning. It might be worth picking up as a curiosity piece more than anything else, but I can’t promise that you would come out the other side feeling entirely fulfilled. Wartile is solid but unremarkable, and unfortunately doesn’t do quite enough with a genuinely interesting premise.