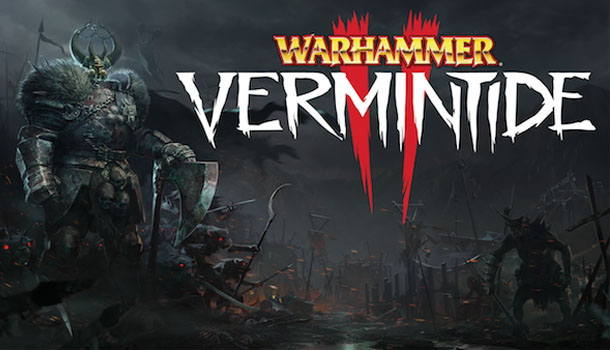 - Potentially shallow and short-lived
- Trigger fingers hurt after each session

Rare online game that encourages you to play with people instead of against them.

I’ve either never allowed myself or never allowed myself to entertain the thought of getting into Warhammer. I can remember gazing into the windows of stores like Games Workshop when I was a child, wondering about the many figures of warriors and creatures, before my parents would drag me off, hoping that I hadn’t formed any lasting desires. Now that I’ve grown up, there’s a door at the back of my brain, marked Warhammer, locked and chained up, and treated much like the cellar door that you see in the background of certain horror movies, where the characters know that it’s there but deliberately ignore it for fear of opening it an unleashing the horrors contained within. In the case of Warhammer, I can see such horrors as financial devastation, my apartment becoming covered in figurines and fake grass, and the gradual breakdown of all relationships as I lose myself in a fantasy world.

Despite all this, I jumped on the chance of playing Warhammer Vermintide II, with reckless abandon, with no thought given to the roads that this game could lay before me. I’m glad that I did, because Vermintide II has provided me with some of the fondest multiplayer memories that I’ve created recently, and all it took was a game encouraging you to play with people instead of against them. Playing similarly to a fantasy version of Valve’s Left 4 Dead series, Vermintide II pits four fantastical warriors against waves of enemies, and by providing players with story context and an objective in each level, encourages you to work together and overcome your foes. 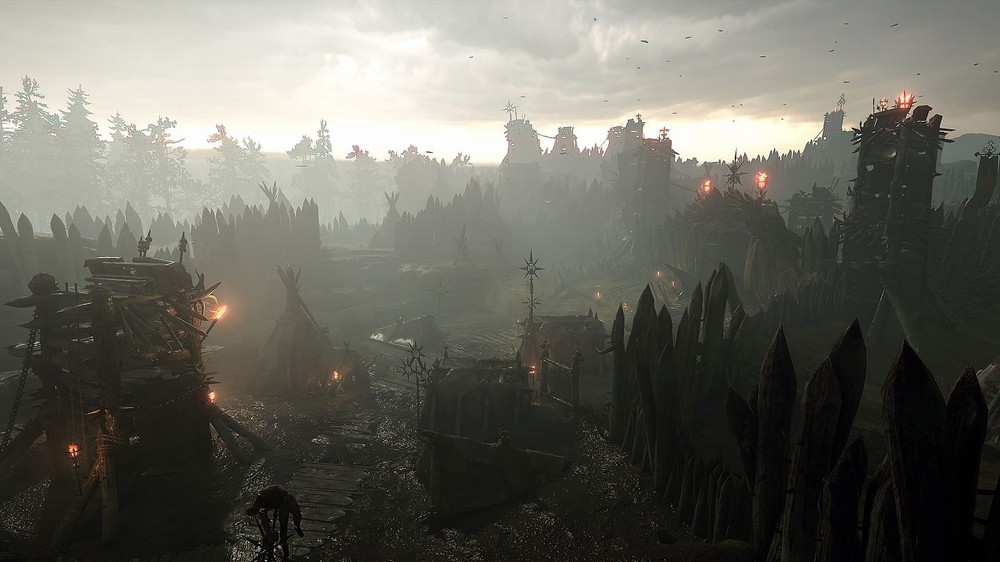 There’s a brief tutorial level that sets up how the game plays and delivers a little bit of story, but the main gist of the game is that there’s a seemingly endless number of enemies between you and your objectives, and by teleporting to various locales, you and three other players have to perform a series of tasks in an attempt to stem the tide and bring peace back to the land. These objectives can range from cutting down a giant bell to aligning mysterious devices in an ancient elven temple to freeing prisoners, before returning to your base, again via teleport, and sorting through any loot you may have gained to strengthen your character. You then venture out into the field once again, and the routine begins anew, but likely in a different area, and sometimes with different players.

There are five characters to choose from within Vermintide II, each with a particular combat focus and unique special abilities. You’re able to improve each character individually, as whenever you open a chest of goodies, the items within correspond to whomever you opened the chest with. Progress with each character is marked by their power level, and by increasing this, you unlock access to higher difficulty levels, which in turn grant access to stronger equipment and better abilities for your characters. Though you’re essentially leveling up through loot boxes, Vermintide II feels quite generous with dishing these out, and there’s plenty of opportunities in each level to increase the potency of your rewards by finding hidden items and performing well. 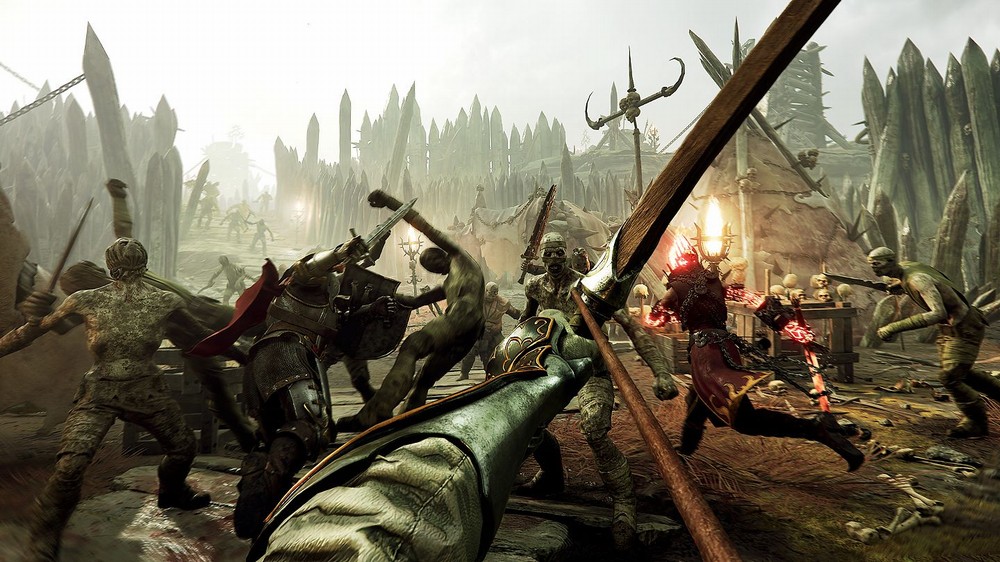 There are thirteen levels in total within Vermintide II, and though they do form an overarching narrative, they’re also self-contained enough to provide an individual experience by themselves. There are four chapters in total, with four levels in the first three and just one in the final chapter, and this final level, along with the final level in each of the three preceding chapters is locked until you’ve played through and completed the other levels in a chapter. It’s not a bad setup, but I often found that I was rarely playing through any story-linked levels one after the other, and instead found myself hopping from one level near the start to one near the end, or vice-versa. With the levels being relatively self-contained, this wasn’t too much of an issue, but it did mean that I often didn’t have any idea why my party and I were supposed to be doing what we were doing.

This hopping around is due partly to the ease of finding a match through the Quick Play filter, and the difficulty of finding a particular level available to play combined with my lack of patience. Quick Play will often near-instantly find you an available party and load you into a level in less than a minute, while trying to select an individual level will take a fair bit longer, or even fail to find one altogether. It isn’t a huge deal unless you want to play the story from start to finish in order, and to be honest, this is the only real issue that I had with the multiplayer portion of the game. I had no problems with lag or dropping connection, and I never had any problems finding a game so long as I wasn’t being fussy about what I played. It also seems to be difficult, if not impossible, for players to grief their other party members, which is always welcome. All in all, Vermintide II is a welcoming and well-built online experience, and aside from knowing that my other party members were fellow players, much of my time was indistinguishable from a single-player experience. 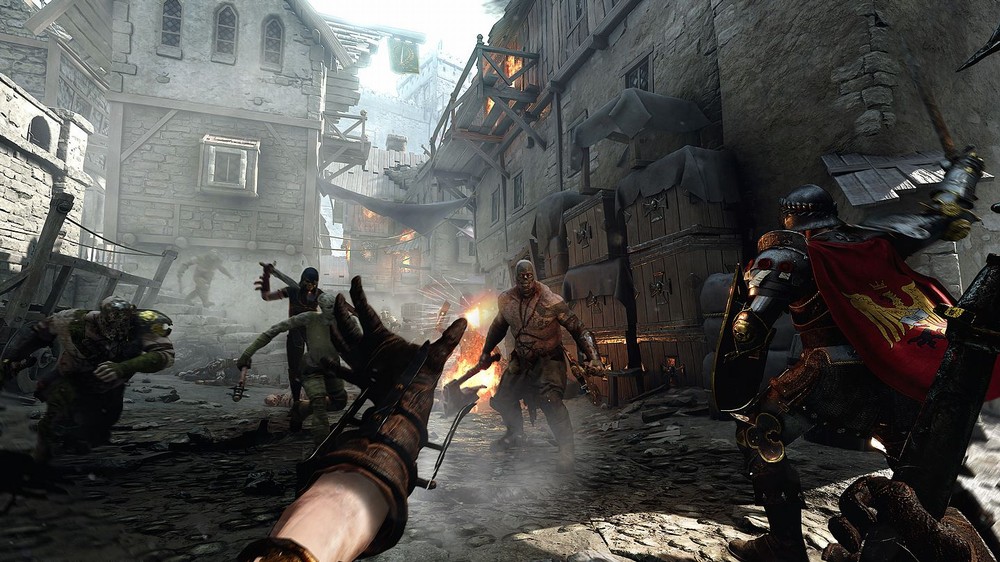 My one major reservation with Vermintide II is that aside from the levels, the experience as a whole feels worryingly shallow. Though there are enough levels to keep players occupied for a while, there isn’t enough within them to encourage multiple playthroughs, with little variety from one run to the other, at least in my experience. I’m well aware that the nature of games these days, particularly those with a major online component, means that the game you play today may be completely different a few months down the line, and developer Fatshark may well have new levels or even entire new modes in the pipeline. On the flipside of this, though, is the fact that as soon as players start to get bored and move on, it can mean the death of an online game, no matter how popular it may be at any point.

I’ve had a lot of fun playing Vermintide II, even if my trigger fingers have had a workout the likes of which haven’t been seen since games such as Diablo II destroyed numerous computer mice. As mentioned, I’m a little concerned about the longevity of the online experience in the case of players picking up and moving on, but for now, the game seems well populated and I rarely had any issues getting into a match quickly. What’s more, Vermintide II feels like it’s constantly throwing upgrades and new equipment at you, and with a mixture of daily and weekly quests, you’ll likely have plenty of objectives to aim towards. This is one of the more enjoyable and dare I say, relaxing online experiences that I’ve had recently, and I’d recommend it to anyone looking for a little bit of a break from the norm. 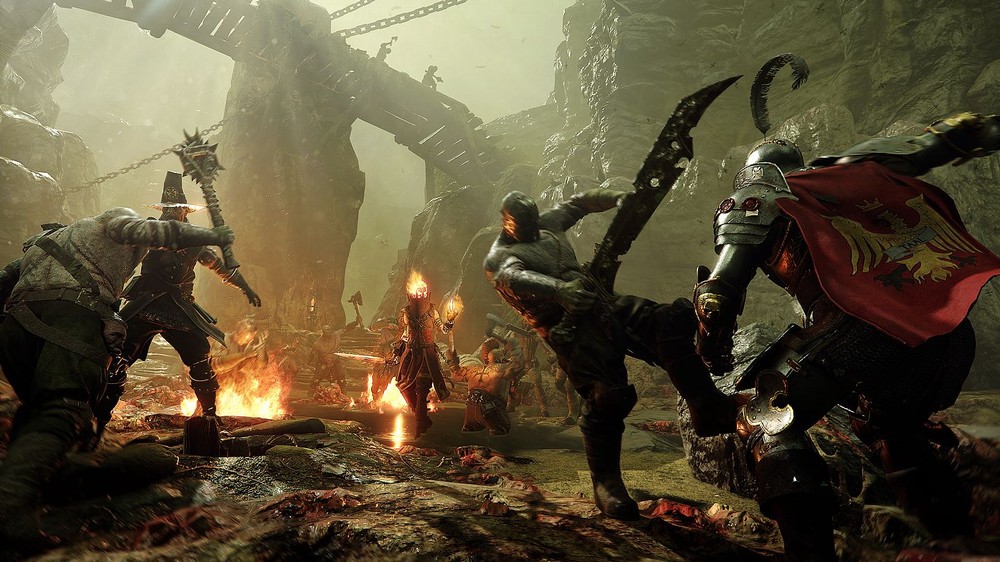 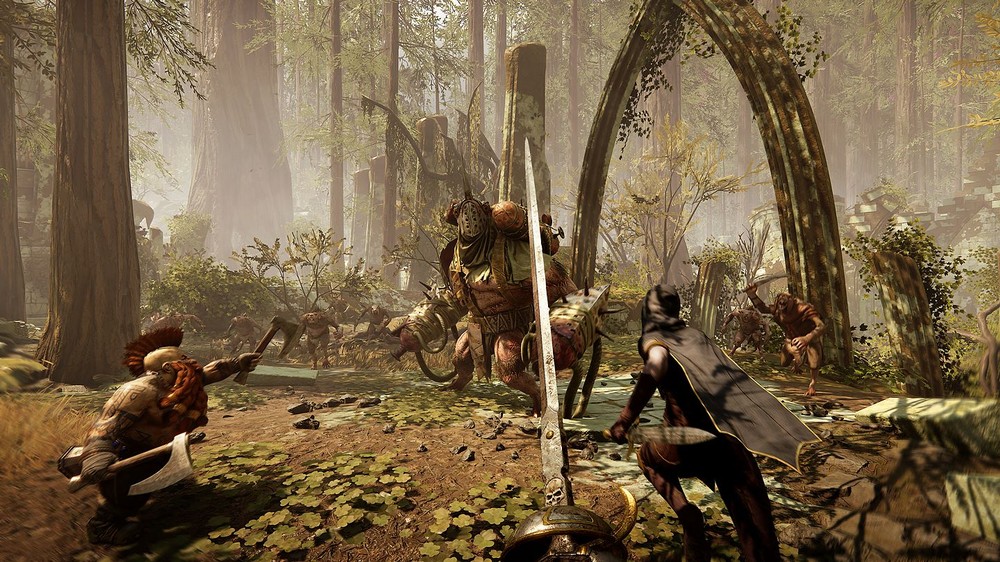