There is nothing about this game that looks, plays, or remotely feels like ping pong.

I’m usually able to find something nice to say about even the worst games I’ve played over the years, but there is absolutely no single redeeming quality about the new VR Ping Pong game now out for PSVR. If there are two games I consider myself expert at it’s pool and ping pong. I grew up with both tables in my basement and the first thing I bought when I became a homeowner was my own pool and ping pong table. And all ego aside, I am damn good at both games.

Back in 2006 GTA fans were taken off-guard with Rockstar Games Presents Table Tennis, a ping pong game that not only had awesome graphics but some pretty wicked physics and realistic gameplay; or at least as realistic as you can get playing ping pong with a controller. I had high hopes for VR Ping Pong that despite the rudimentary graphics, VR and motion control would allow me even more precise and immersive control. Nothing could be further from the truth. 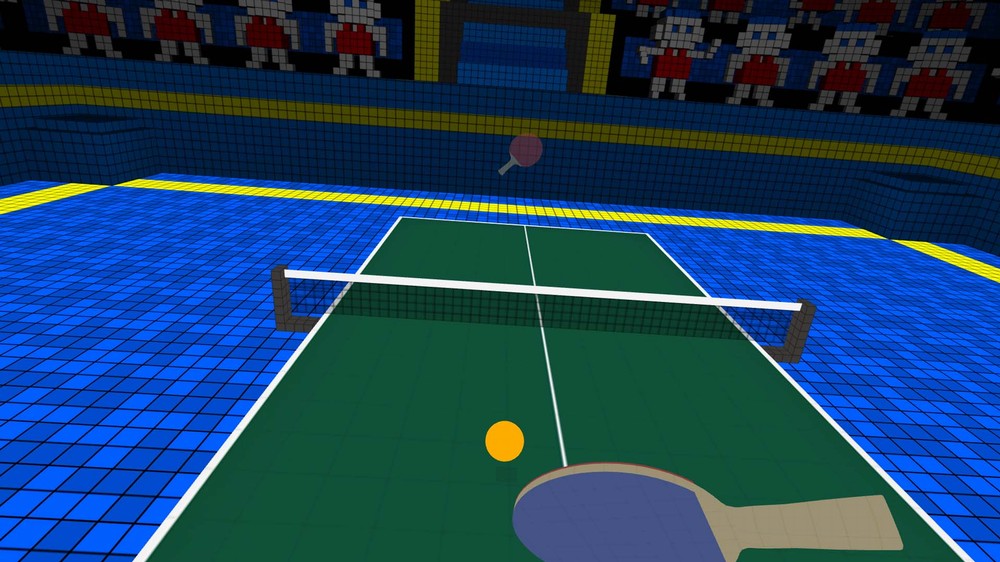 First off, the menus are a mess and I was never able to get the Options/Setting menu to disappear after tweaking the settings; at least not until I exited and restarted the game.   You’ll probably want to play standing up and hitting the Options button centers the VR screen and put the table about chest height for me, which was why I had to visit the options screen to set my height, which is done, NOT by entering in your actual height in inches/cm, but rather by moving an arbitrary slider bar to move the table up or down.

You can pick either one or two handed service. I opted for one since I really didn’t want another Move controller soaking up sweat in my left hand. Pushing a button pops the ball up and you need to time the paddle to hit it, first on your side then the other side of the net – standard ping pong stuff. The only problem is the Move is pretty twitchy when it comes to precise controls. You can compensate in shooting games or games where you are using virtual hands, but ping pong is pretty demanding and you are lucky to even hit the ball, let alone hit it where it needs to go. Don’t even think about getting fancy with any paddle slice moves to put spin on the ball. 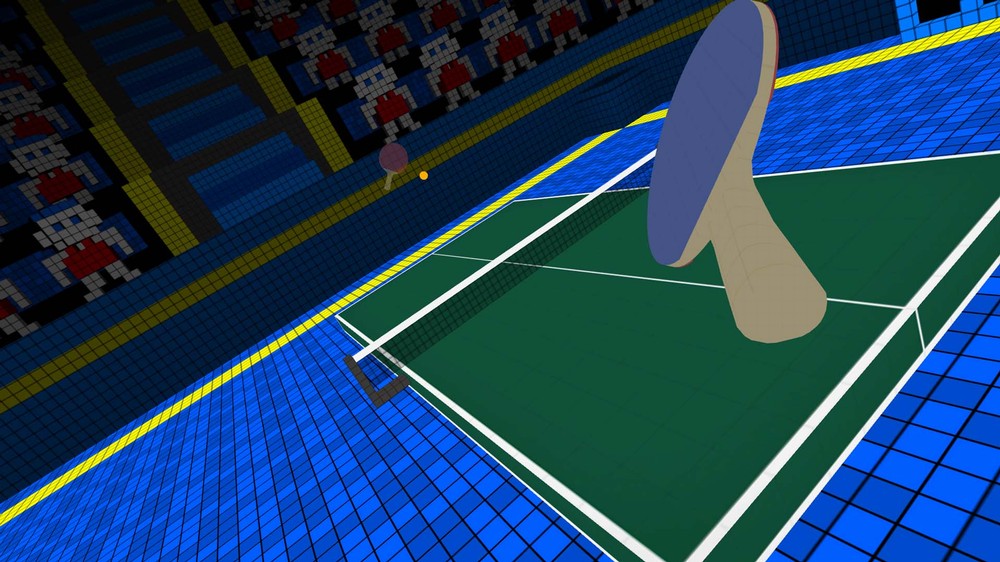 Physics are grossly exaggerated, or just incorrectly modeled as you have no real gauge to tell you how hard you are going to hit the ball. After 40+ years of playing real ping pong I was going by muscle memory, but the game would take even my lightest tap of the ball and send it soaring into the crowd and my normal swipe had a 50-50 chance of just plopping the ball at my feet.  The Move has always had trouble registering depth, which in this case translates to the striking force of the ball.

In the 90 minutes I tried to play this game in both practice and single-player arcade and match modes on both easy and medium skill levels I believe my longest volley with the AI opponent was four passes across the net (not including the serve). There were no heated exchanges or run-ending smash plays and it was impossible to recreate my wicked spin serve that I use in real life. There is nothing about this game that looks, plays, or remotely feels like ping pong. The music and sound are as primitive as the 8-bit retro graphics that are used to create the cloned crowd of Robotron stick figures. 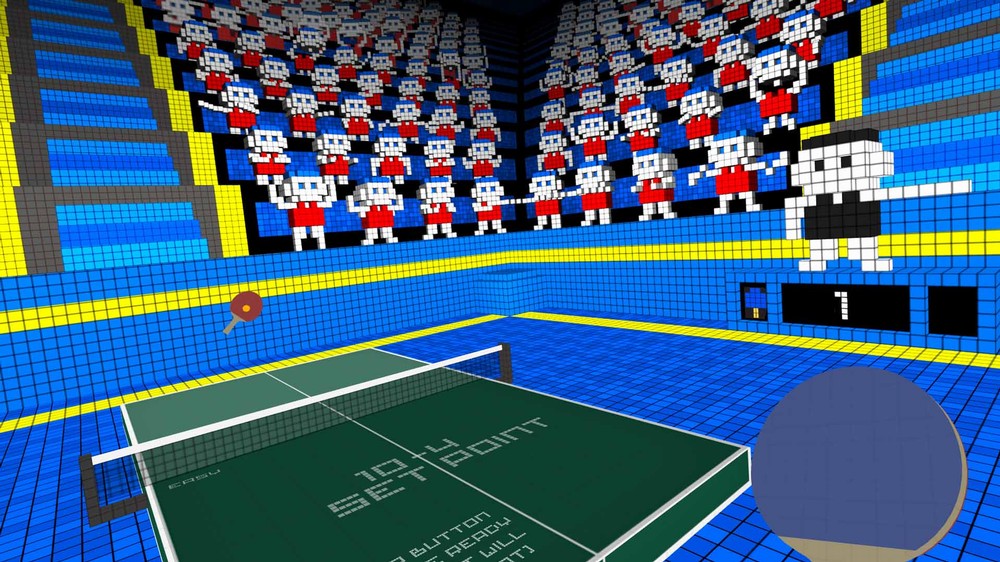 I couldn’t even recommend this game as a free downloadable tech demo let alone a $15 PS Store purchase. It is utter unplayable garbage. Go dig out your old console and find a used copy of Rockstar’s ping pong game or better yet, go find a real ping pong table and enjoy the game the way it was meant to be played.   VR can recreate some experiences but VR Ping Pong proves that table tennis isn’t one of them.