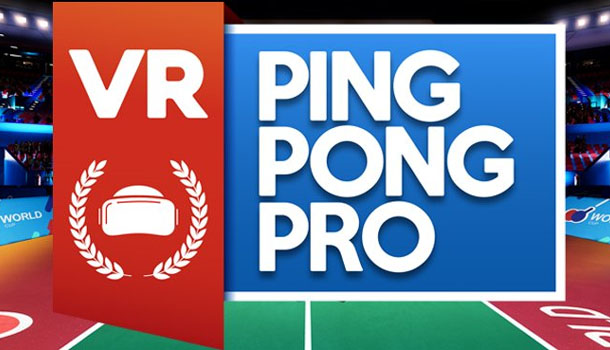 Best VR Ping Pong to date but still far from realistic or even reliably playable.

Let’s face it, when we think of video game ping pong it doesn’t get (and hasn’t gotten) any better than Rockstar Games Presents Table Tennis back in 2006; a game so good that nobody has really tried to top it in thirteen years. Not even Rockstar has bothered to update or enhance for a new generation. Meanwhile, VR has come along and they’ve been taking their own virtual shots at the sport. Admittedly, the format is kind of perfect with a unique and immersive first-person perspective and accurate motion-tracked controllers in each hand.

VR Ping Pong Pro is the follow-up to Reddoll’s 2016’s VR Ping Pong released to Steam and PSVR; a game I found entirely unplayable at the time and quickly forgot about until now. Over the past three years the devs have made some serious improvements to the overall presentation, but the game still lacks the precision and required physics to recreate the sport of ping pong in VR. In external versions of the sport you can rely on button presses and analog stick movements to factor into hard-baked gameplay physics, but in VR you not only have to track the overall motion, every angle of the paddle and every nuanced spin of the ball needs to be flawless because almost everyone who plays this will have played REAL ping pong and will instantly know something is off. 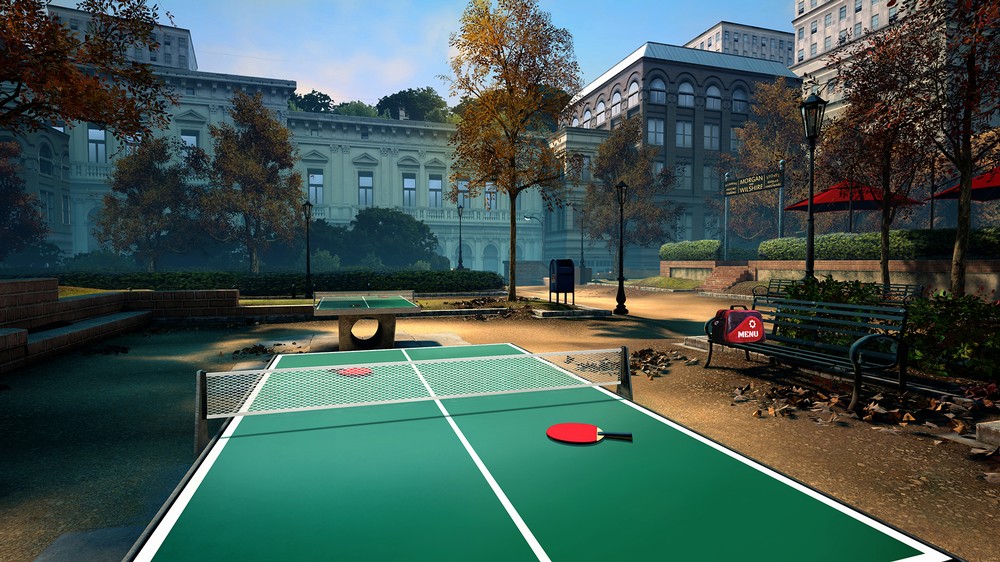 I have more than 20 years’ experience playing ping pong and I dare say I’m pretty good at it. I’ve got a wicked serve with a 10% return rate and a vicious backhand slam when given the opportunity to unleash it. I will say that VR Ping Pong Pro occasionally allowed me to replicate my signature serve within the game but with such unreliability that I was better off playing with more simplified and generic moves. I have a backhand slicing serve that will curve the width of the table, and the few times I could connect with the ball the game actually mirrored that curve perfectly. The problem is the game has trouble with depth perception, so nine out of ten times I would just whiff the ball and it would simple drop to the table. This same issue with VR depth perception also factors into velocity, so often my gentle swipe at the ball would send it rocketing to the back of the environment while my powerful slams would casually arc across the net.

When the game actually works it feels and plays great, but it’s just not consistently fun. You might get 4-5 volleys per game that feel right and are fun, but the rest of the time you are just fighting this awkward feeling that something is off in this virtual world. I played with both the Rift S and the Vive and for the first time in nearly a year of VR reviews I’m going to say the Vive is your better option here. The graphics aren’t as crisp as the Rift but the overall feeling of playing ping pong is more attuned to the Vive wands and room-scale tracking. You feel like you are holding an actual paddle and you can easily adjust the default angle of the blade by gripping the Vive wand differently versus the Rift where you need to go into settings and rotate/tilt the paddle as an option. 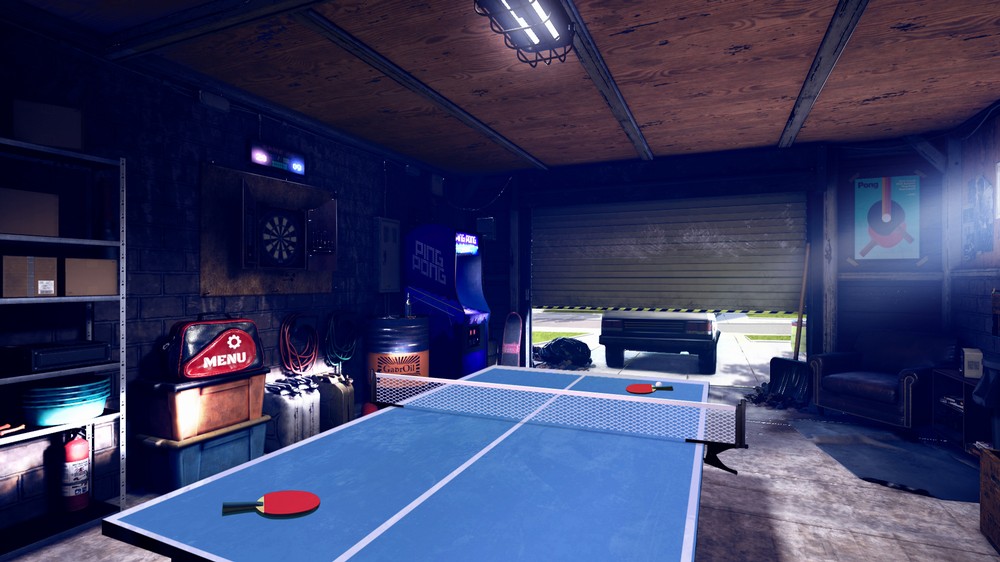 VR Ping Pong Pro seemed to forget my table height between game sessions, so I was always having to readjust that setting. The game claims you can play seated but I don’t see how. I was pushing the limits of my generous 8×8 play space, and once I even instinctively dove to return a slam and crashed into a nearby recliner. Just goes to prove that when the game is working it can be quite engaging and trick your mind. There is a surprising amount of fresh content to explore including eight new levels that will take you from a casual garage environment to an arcade, a Japanese garden, and even a tournament stadium. These play areas are very nice in their design and overall level of detail, and swapping table ends between games gives you a chance to see them from both sides. Likewise, there are plenty of visual options for your paddle and balls to customize the experience as you see fit.

There are five difficulty levels to match to your own skills in the game, but given the unpredictable game physics it’s hard to play VR Ping Pong Pro on anything Hard or above and still have fun. The AI will slaughter you on the higher difficulties. The game also offers a multiplayer mode for individual matches or tournaments but even a month after release I was only able to match up with one person during that time (7-8 actual attempts) and the game just felt laggy and awkward. The mini-games are definitely fun but still fall prey to suspect physics and imprecise controls. 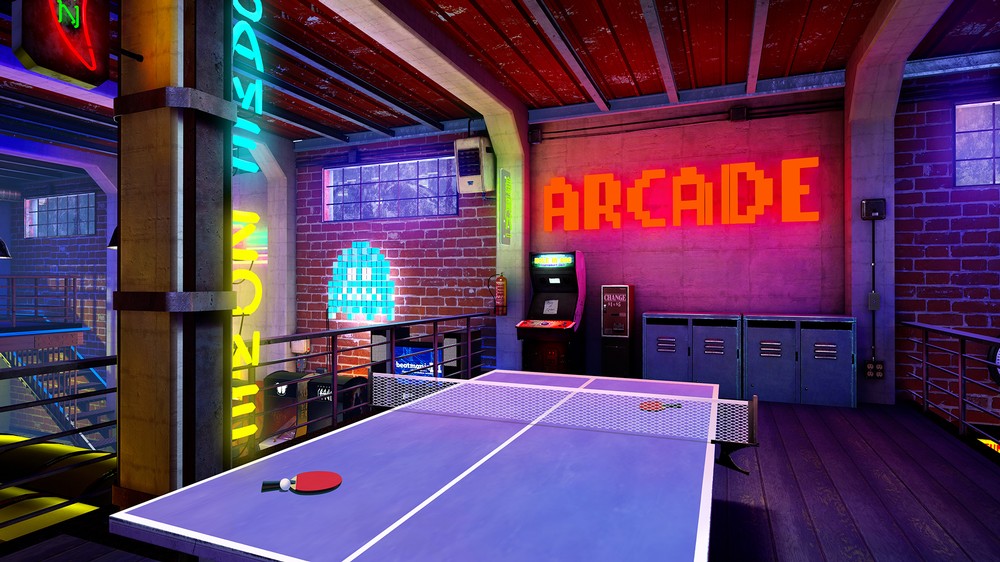 VR Ping Pong Pro does an admirable job of trying to recreate a popular sport, but history has repeatedly shown us that no matter if you’re playing PlayStation Move, Xbox Kinect, or any type of VR, motion tracking hasn’t gotten good enough for games that rely on precise movement and velocity detection. Reddoll has certainly nailed the environments, game modes, and various content surround the sport of ping pong; now they just need to figure out the actual gameplay, and I look forward to that day.