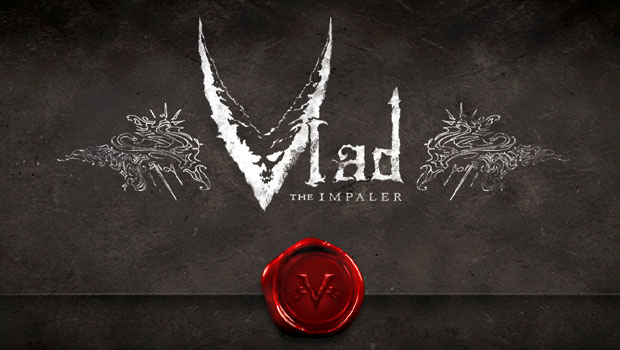 Some interesting scenarios
An intriguing premise

An intriguing premise but structurally unsound and ultimately an unrewarding experience.

Vlad the Impaler, from Section Games, tasks players with investigating the city of Istanbul and attempting to bring a halt to the darkness that enshrouds the city. Taking the form of a text-based, choose-your-own-adventure style narrative, you’ll need to work your way through various locations in the city, discovering clues and gaining strength, before your ultimate assault on Vlad’s castle.

With a bare minimum of introduction, Vlad the Impaler allows players to choose from one of three classes (Explorer, Soldier or Mage), before thrusting them out into the streets of Istanbul, leaving them unsure of what their aim is or how to proceed. By clicking on different area labels, such as Port, Bazaar, Square or Catacombs, your character will enter a brief scenario, which gives you a little bit of narrative before presenting you with a choice of how to proceed, which ultimately affects whether your character’s stats will improve or decline upon the scenario’s conclusion. Your choices also affect how your character progresses, with each of the three classes given a further two branches to specialize their skills at the end of the third chapter, depending on your actions prior to this. 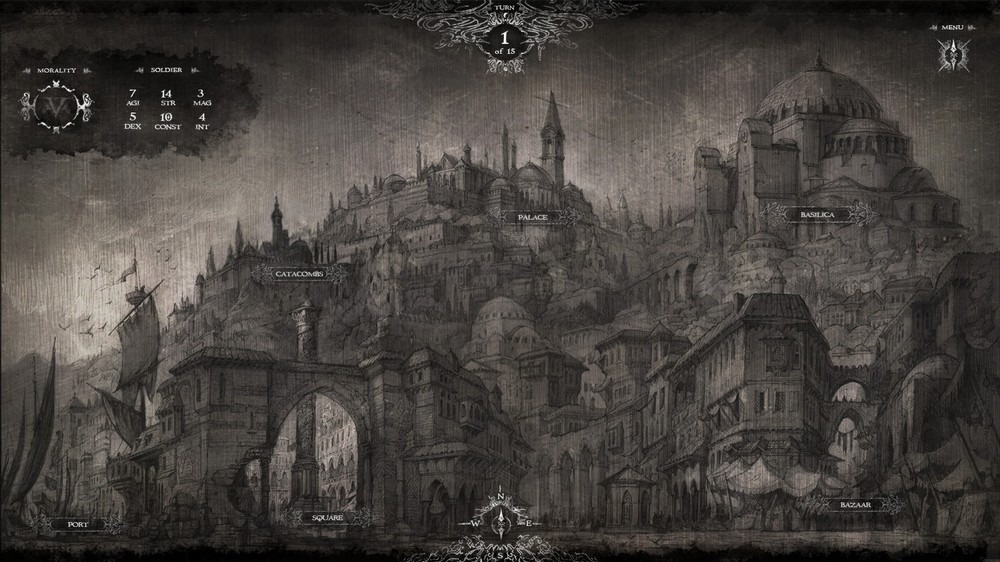 Most of the scenarios within the game are well-written and present quite interesting events, with choices and outcomes that aren’t always as clear-cut as they first appear. However, it doesn’t feel as if the scenarios offer any form of narrative cohesion, and there certainly doesn’t seem to be much linkage between what you choose to do during a particular chapter, and what the summaries that bookend each chapter state that your character did to advance the story. This may be because the bookends are predetermined, and don’t change from one playthrough to the next, but it certainly removes any sense of immersion that the game may offer as it suddenly jumps between seemingly unconnected events and reflects upon actions that your character didn’t actually do.

The muddled narrative isn’t helped by the fact that there doesn’t really seem to be any sense of purpose or direction to your character’s quest, and there isn’t any indication of a guiding hand leading you to a particular destination, such as being offered clues or given any sense of progression in the investigation that you’re supposed to be conducting. The game quickly boils down to a case of, ‘let’s see what happens when I click here’, rather than being able to establish a calculated series of steps that leads towards any form of successful conclusion. Even the final battle against Vlad feels like it relies too heavily on luck and randomly picking the right options. On the occasions that I actually defeated him, I didn’t experience much sense of achievement, as I didn’t feel as if I’d really done anything myself, but merely clicked on what just happened to be the correct option. 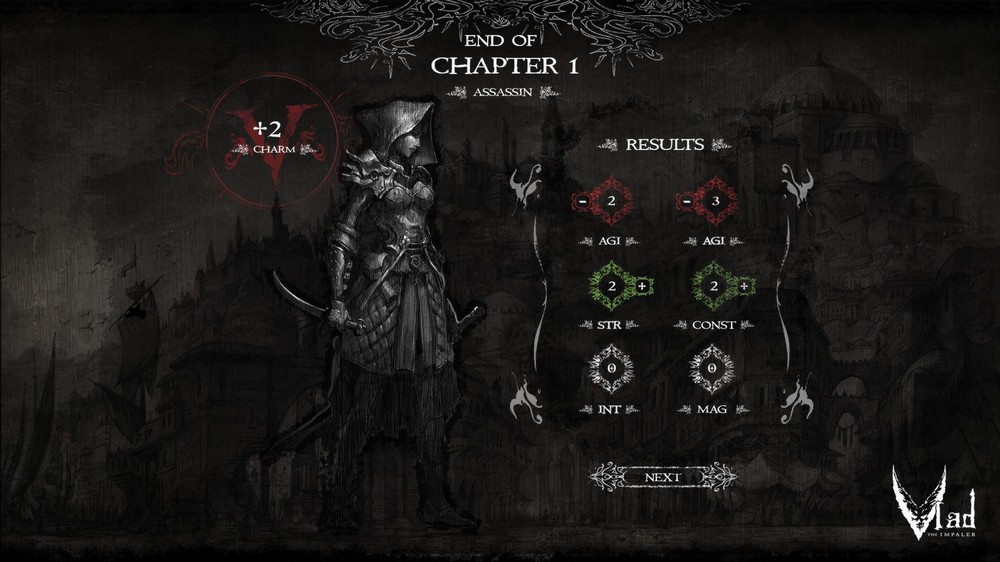 Whilst Vlad the Impaler presents itself as a game where replays allow you to discover more of its story, the lack of structure makes it feel as if the only purpose is to ‘collect’ as many stat upgrades as possible, to give you the best chance of defeating Vlad at the end of the game. These stat upgrades fall into categories familiar to those experienced with RPGs, such as Strength, Intelligence or Dexterity. They’re tied into your choices, as for example, if your character survives an encounter with a monster, their strength may improve, but if you choose an option that upsets those you’re supposed to be helping, your charisma may drop. As mentioned before, though, these stat upgrades prove almost meaningless, as they don’t seem to affect your interactions with other characters during your investigation or increase or decrease your chances of surviving a particular encounter. Even in the final battle against Vlad, where it appears as though your stats finally come into play, they’re reduced to the point of almost no significance, due to the aforementioned overreliance on luck and selecting the correct option.

Vlad the Impaler describes itself as an adventure game with RPG elements, and whilst this description is true to a point, the game ultimately proves to be a bare-bones example of both labels. The writing on display here is intriguing, with some interesting scenarios presented to the player, but it never gets to the point of excitement. The lack of narrative cohesion leads to a lack of desire to push forward and discover what happens next, as the scattershot delivery of scenarios makes the story feel like a random grab-bag of experiences, rather than a tale with a clear narrative thread. It’s a shame, because a story about hunting vampires and evil through the streets of Istanbul holds a lot of promise, and some of the scenarios within Vlad the Impaler go some way towards delivering on that potential. As a whole, though, the game is structurally unsound, which prevents any real sense of accomplishment from shining through upon its conclusion. 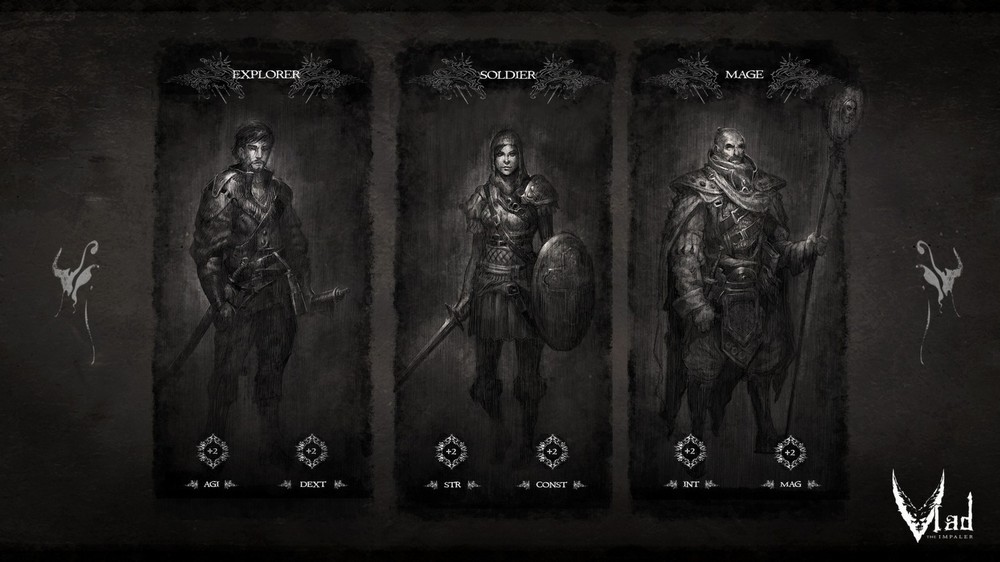 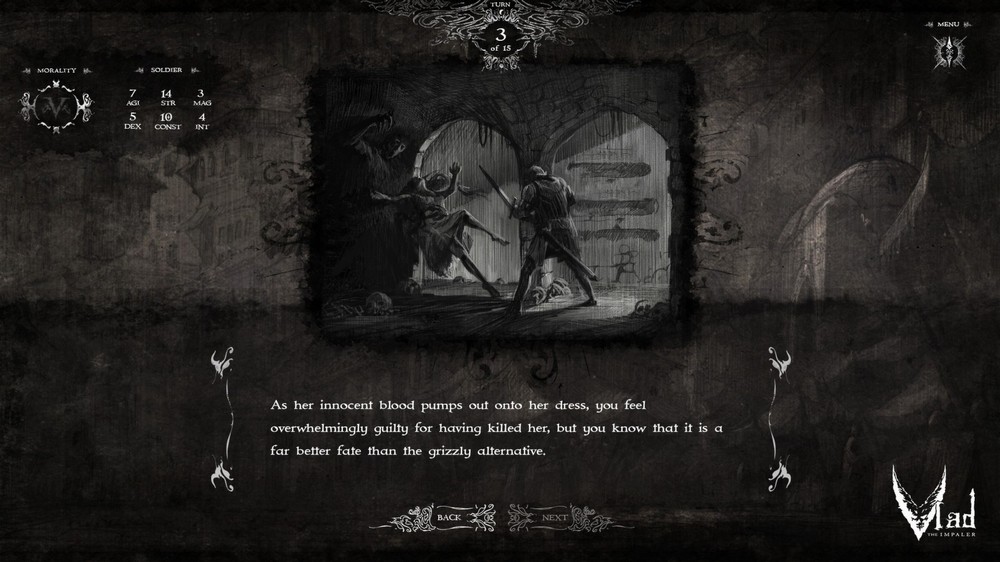 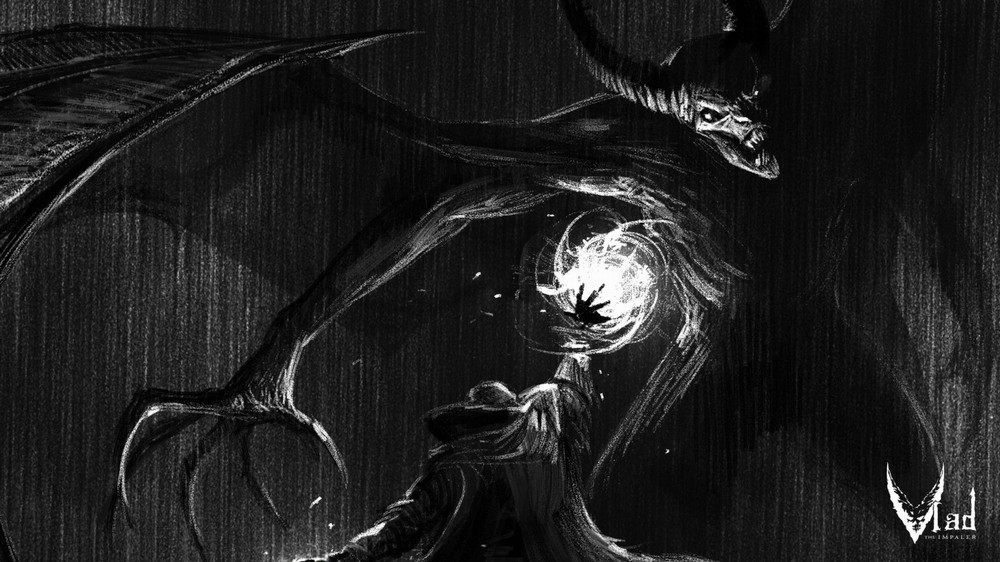 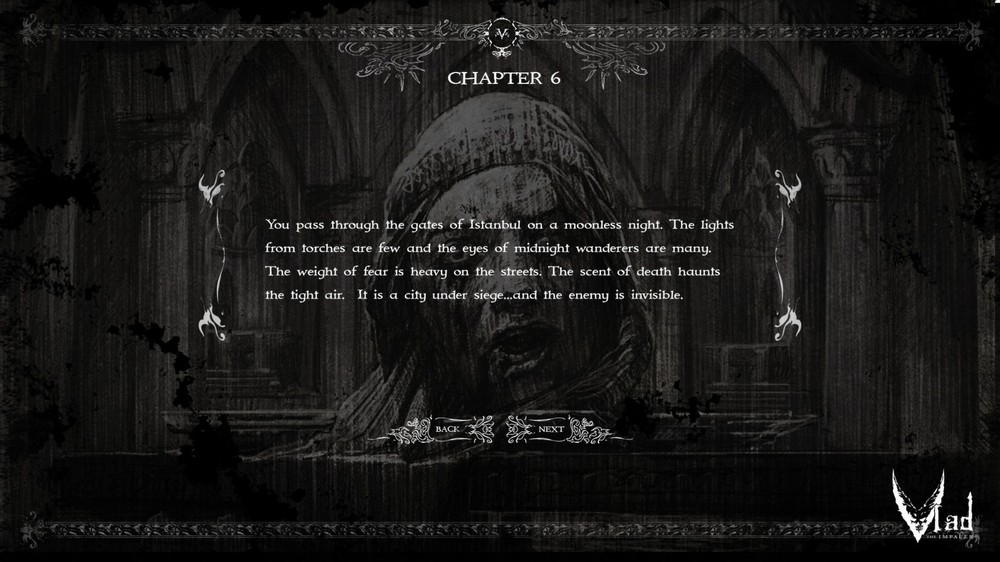 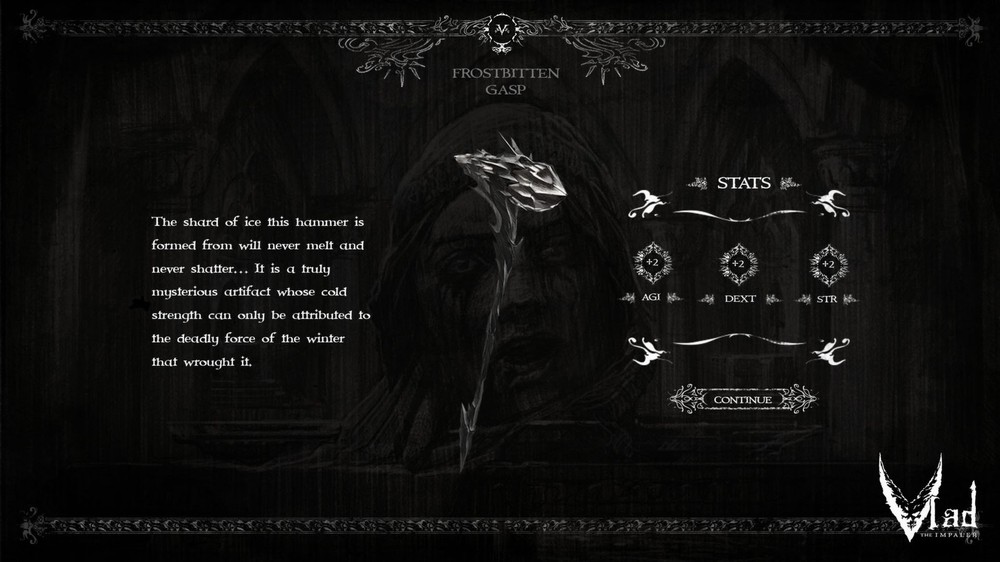 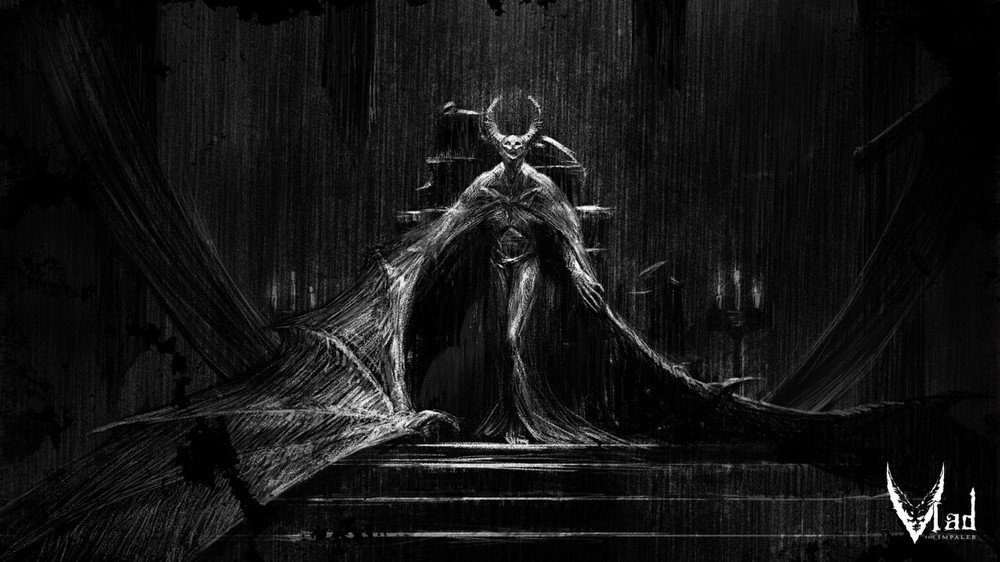 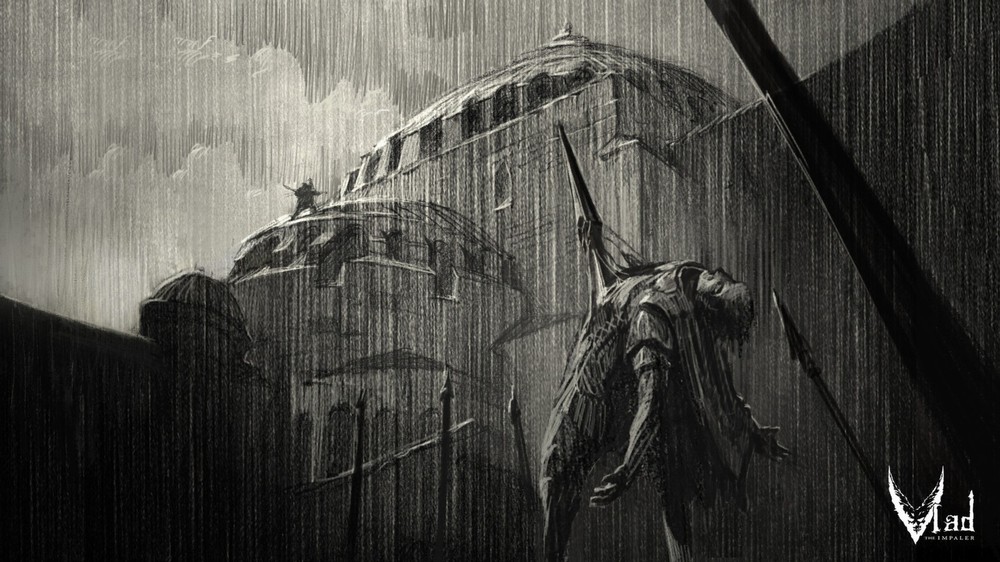