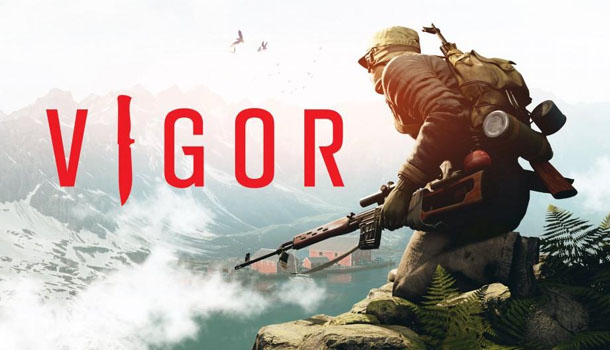 I had no idea what I was getting into when I signed up to review Vigor. I was provided a code, so I didn’t even realize it was a “free to play” game on the Xbox otherwise flags would have already been raised. In the past I’ve been a big fan of Bohemia Interactive’s games such as ArmA and the Operation: Flashpoint franchises, and while Vigor certainly achieves a certain level of technical prowess, the experience falls apart after the first hour or so; about the time you realize this is purely a platform created to launch an assault on your wallet.

Vigor takes place in 1991 Norway, the last safe place after the nuclear war in central Europe. You’ll need to create a character but the pickings are slim with only nine models, only three of which are female. There is minimal customization, so it gets a bit weird in the pre-game launcher when you often see multiple versions of the same person, especially early on before people start creating custom loadouts. There is a nice selection of mission locations to choose from or you can jump into Quick Play for a random level selection that will often load up a match 2-3 times faster than trying something specific. 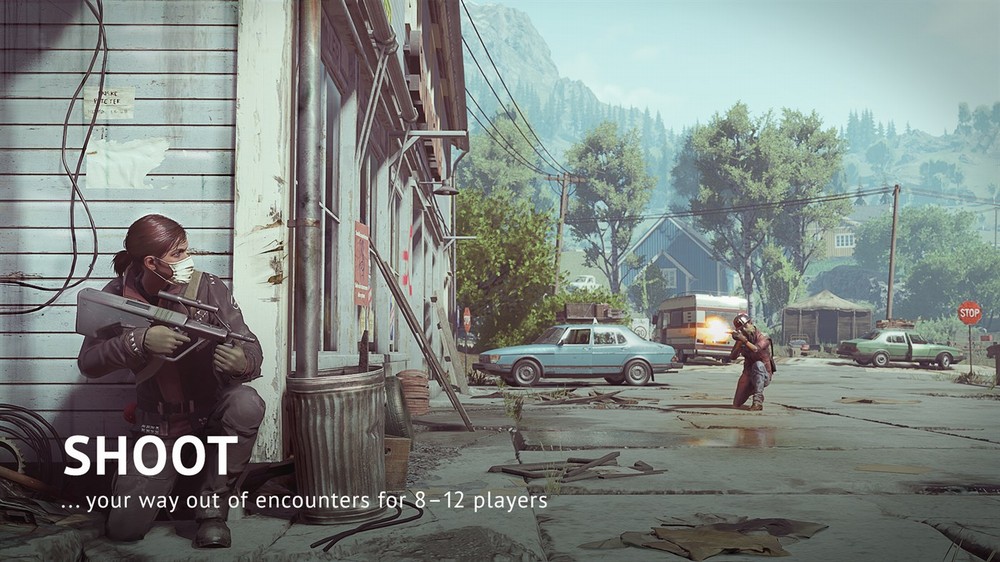 Vigor plays from a typical third-person view as you traipse across some stunning scenery. The Unreal Engine has never looked quite this good with a mix of sprawling landscapes and other urban environments. There is a nice level of cold despair in the atmosphere as you race around collecting loot and trying to stay alive. The game can be approached in several ways. If you are playing alone then enemy avoidance is the way to go. Just hit the key locations and ransack the levels as much as possible.   Playing with others can be fun but only if you are playing with friends you know, and since the game is free it shouldn’t be hard to convince any with an Xbox to give it a shot.   The few times I played with strangers (killing time waiting for my teammates) did not go well. They either sucked, wouldn’t chat, or would turn against their own team. You can invite friends to join your game from your Shelter, and once you enter the pre-game lobby you have a chance to assign various boosters. You can even buy insurance to protect your loot if you get shot before escaping the level via the exit.

One of the only good aspects of Vigor is the map and the unique levels it contains. The graphics are breathtaking in places with great lighting, special effects, texture detail, and a draw distance to the crystal clear horizon, and all running at a smooth 60fps. It was so good it actually defied reality as there was no haze on the horizon or variable LOD – everything was pristine and in focus from my feet to the horizon. But that was on only a few levels. Other levels were certainly more realistic and there was even some bad weather tossed in that reduced visibility. And there were more than a few graphical glitches and clipping issues; a few of them nearly game-breaking. 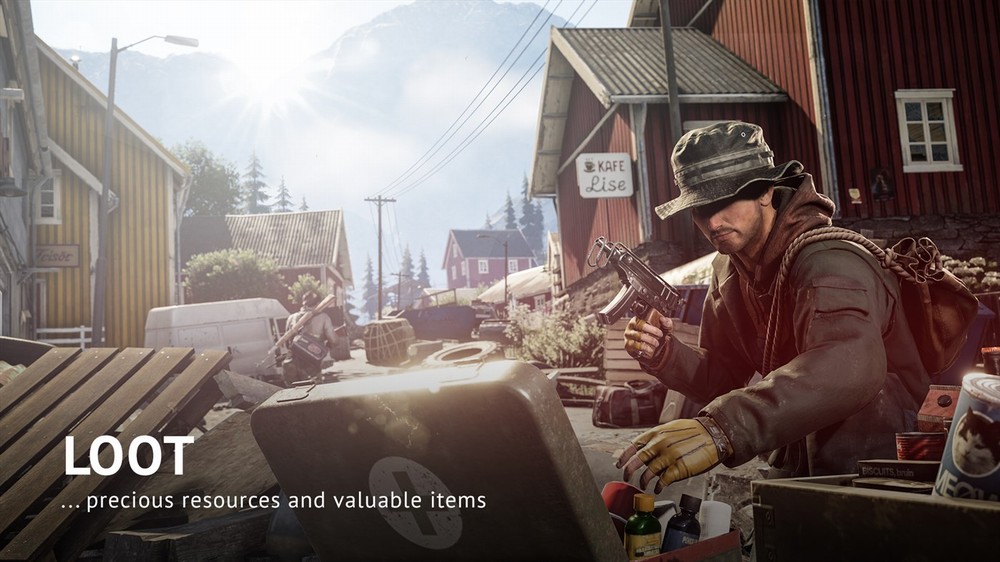 The driving force behind Vigor is to collect loot and upgrade your Shelter, a nice two-story cabin complete with a shooting range outside that offers up its own set of target practice challenges for each weapon. The upgrade tree for the Shelter is extensive and the entire cabin can be upgraded to 13 levels. You’ll also be crafting plenty of inventory items and tearing down old items for materials to make new stuff. You can carry two primary and two secondary weapons and your pack has limited slots but can be upgraded to carry more.

Sadly, with the focus on loot versus actual combat those looking for a more traditional shooter like Call of Duty, Apex, or even the recently released Ghost Recon: Breakpoint will find Vigor shallow and boring after only a few hours.   Vigor doesn’t seem too concerned about your time though, as crafting new upgrades and gear makes use of a real-time clock that will have you pacing around long after all the hard work in simply collecting the ingredients. 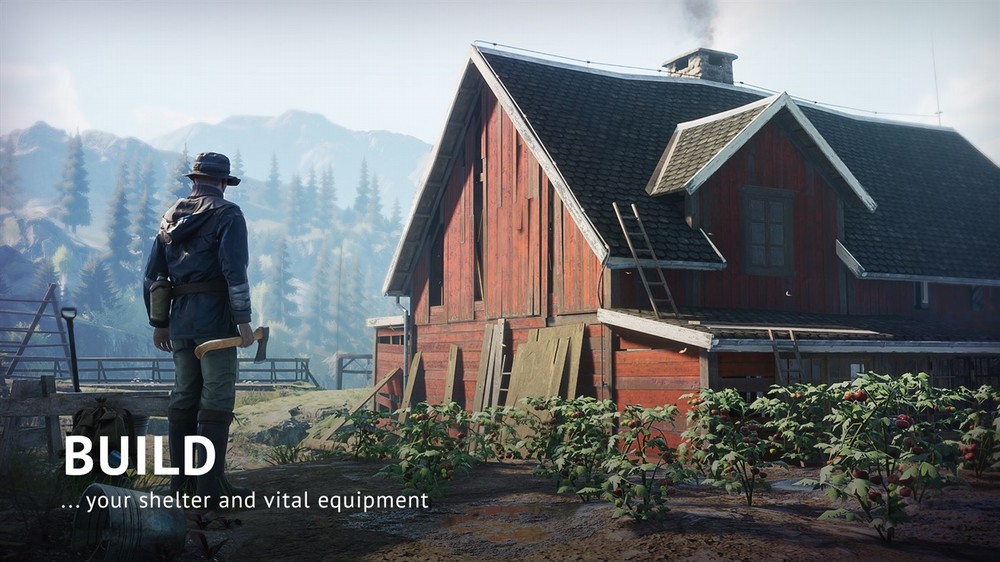 Vigor is also heavily monetized with everything in the game costing Crowns, the in-game currency that is parceled out like coins to the homeless during regular play, making it awfully tempting to purchase any number of available Crown bundles with real money. But once you realize that all store purchases are purely cosmetic it becomes easier to justify not spending any money despite the game frequently “reminding” you that you can. Periodically, while playing a match, planes will fly over and airdrop loot boxes. These are a great way to get some good stuff for free assuming you can get to the crate, loot the items and get away alive. These airdrops will usually attract everyone on the map, which is a great way to encourage localized combat or hanging back and sniping from a distance.

Vigor reminds me a lot of the Dark Zone in The Division; get in, loot as much as possible, try to stay alive, and get the hell out. Stealth is always preferred over combat, especially when the gunplay is as terrible as it is in Vigor.   The aiming is horrible, and no matter how you tweak the controls you can never aim down the sights or scope and move your aim as fast as the enemy can run away. This forces you to mostly fire from the hip which is wildly inaccurate and most encounters turn into drunken Mexican standoffs. Keep in mind that if you die (and didn’t buy insurance) the enemy can loot everything you brought into the game and everything you collected up to the point you died. Guns are also unbalanced with some overpowered weapons taking you down in one or two shots while others require multiple clips. Even the targeting seems off as you will learn if you try any of the shooting gallery challenges. Bottom line; it’s best to avoid combat and treat this as a stealth-loot game. 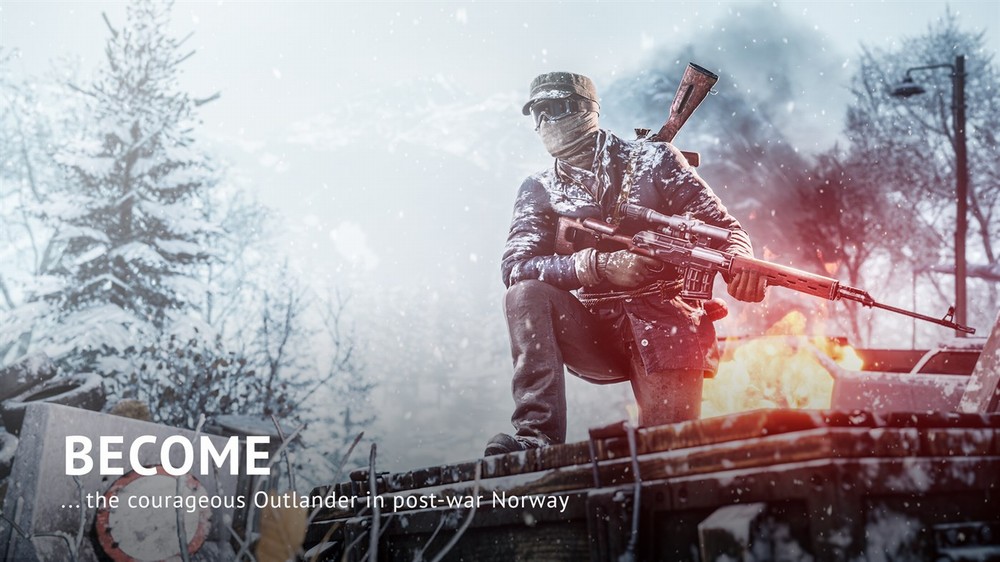 There are daily challenges and other activities to encourage coming back to Vigor on a daily basis, but as I mentioned there just isn’t enough fresh content or compelling game modes to make you want to play more than a few hours. Even the Shelter upgrade system loses its appeal quickly. I will admit to having a bit of fun playing outside the box and exploiting a few of the systems. There are tools built into the game for locating enemies as well as picking the location for the next airdrop, both of which are great for setting up ambushes. Of course the most fun is teaming up with friends that you know and will work together. If you have any type of organized firepower you can crush nearly anyone else playing this game.

With everything else Vigor has going against it, the game released at just the wrong time. It had a nice two-month lead on multiplayer favorites like Ghost Recon and Destiny 2, but when you stack those two games along with the upcoming Modern Warfare in a few weeks the only people left playing Vigor will be the ones who can’t afford these newer mainstream titles.   The good news is if you are playing Vigor due to limited finances you at least won’t fall prey to the monetized cosmetic content in the game.   There is some noteworthy potential here, but at the end of the day Vigor is doomed to be lost and forgotten in the sea of major titles either already out or coming soon.