Everything that I could have hoped for in a sequel to an already amazing franchise.

There are very few game developers that I hold in high regard, each for different reasons, but ultimately because they create wonderful games. Among those developers is the award-winning studio FuturLab based in Brighton, UK who develop almost exclusively for Sony’s PlayStation line of consoles and handhelds. My biggest exposure to FuturLab’s work comes in the form of the Velocity franchise which has been a downright amazing and addicting experience so far. I loved Velocity and its upgraded version Velocity Ultra so much that I’m absolutely thrilled to review Velocity 2X, the newest addition to the Vita library.

Building upon the success of Velocity Ultra, FuturLab has sent things into terminal velocity with the release of Velocity 2X, which adds a whole new gameplay element to the space puzzle shooter while still maintaining the fast paced addictive nature of Ultra that I know and love. Players once again resume the role of Lieutenant Kai Tana after the events of Ultra or the original depending on which you one you’ve played. If you haven’t played either one then there is a prologue that will give just enough information of past events to tell you Kai was put in a very bad spot at its end while leading into the new story.

Kai awakens to find herself in an unknown med bay separated from her ship, the Quarp Jet. In an attempt to save Kai from death, the AI aboard the Quarp Jet merged with its pilot to sustain her life altering her physical makeup allowing her to jump and run faster than any human. Rescued by an alien research slave by the name of Hjun Ralan III, she is reunited with her ship and the two set off to rescue his people while trying to find a way home. 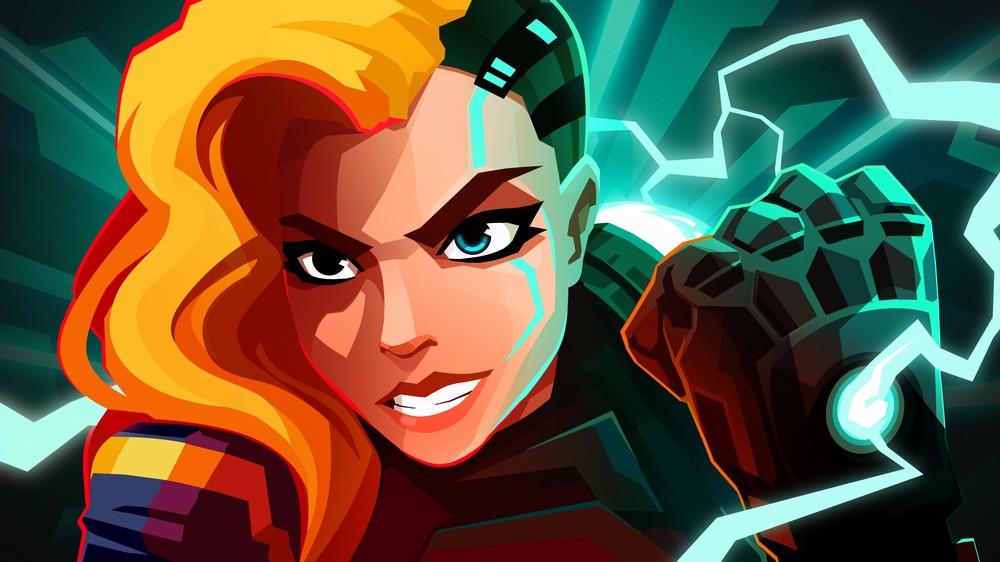 For those that haven’t experienced Velocity before, Velocity 2X features the same top-down gameplay that space shooters like Ikaruga are known for. Movement of the ship is controlled by either the D-pad or the Left Analog stick depending on your preference. While it doesn’t hit the full “bullet-hell” of games like Ikaruga there are often dangers that require quick movement and the use of the Quarp Jet’s onboard weapons system executed by using the X Button. The game later gives you access to bombs which can be thrown in the four cardinal directions with a quick flick of the Right Analog stick especially against enemies and switches outside of the Quarp’s forward-only guns.

What has really set the Velocity series apart from all others is the ability to teleport your ship around the screen at nearly a moment’s notice. Much like its predecessor on the Vita, Velocity 2X uses the front touchscreen to allow you to quickly, and for the most part, effectively tap the part of the current screen to maneuver through some of the tightest spots often while hitting the afterburners to get through a level as fast as possible. During some of the later boss fights teleporting is practically a requirement so using the touchscreen or getting the manual teleporting option down pat is a must.

FuturLab not only took a page from the space shooters book but also from platform shooters as well with Velocity 2X biggest addition to the franchise, Ground Combat. They start you off easy in these on-foot missions laying down the ropes while adding more and more elements to learn and implement as you go. It only took me a few of these missions to be reminded of platformers like Metroid or Gunstar Heroes. The biggest reason for this is that Kai has a built in in Palm Cannon that allows her to rapid fire energy shots from her hand in a full 360 degrees to take out turrets, collect Rekenium crystals, destroy obstructions such as glass and hit switches. You also gain access to a vehicle mounted cannon that Kai can wield like a rifle due to her increased strength. You can do some damage with it but at the loss of only firing left or right with it. 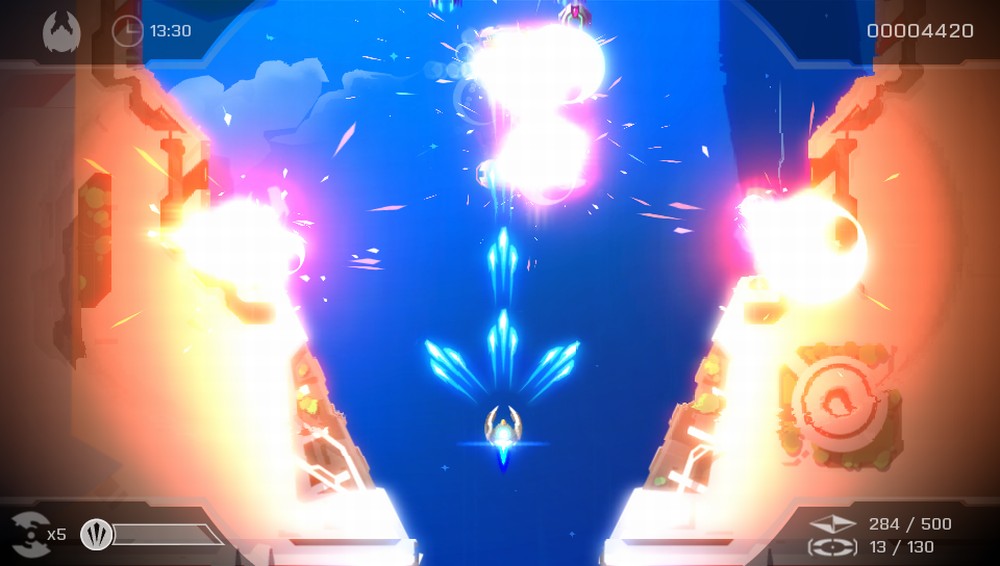 The beauty of this mode is that FuturLab was able to take several of the key components of what made Velocity so good and adapt and expand upon them into an entirely different type of gameplay. Kai much like her ship can “boost” her movement to get through areas faster and has the ability to teleport dash through small sections of walls. Doing this however requires precise control and the farther you progress the more you have to be at the top of your game as you’ll often have to make split second midair teleport dashes. The dash is also crucial to disable enemy soldier’s shields before you can attack them. FuturLab even so far as to create portable teleport pods for Kai to use in multi-path situations just like with her ship. There are moments where you will eventually have to throw them and teleport to them while they’re in mid throw to get through some tight areas.

While Velocity 2X’s gameplay is fairly fast paced sometimes you just want to slow down just enough to take in the gorgeously fine details of each level between moments of utter chaos. The engine used in Velocity 2x has been built from the ground up to take advantage of next-generation technology and deliver fast paced combat in the Vita’s native resolution and all at 60 frames per second. This new engine also allows for the beautiful dynamic lighting and visual effects like when you blow up hundreds of enemy creatures, turrets and glass amidst tree blossoms and snow alike. There are lots of little nuances like the wave and shimmer effect when Kai teledashes that you might not notice at first. If you’ve been following FuturLab’s development progress like I have you’ll truly understand the hard work and skill it takes to make even Kai look flawless as you blast your way through tight corridors on foot.

One of the most enjoyable things about the Velocity franchise for me besides their fast paced action is the amazing sound effects and music that accompanies them. The gunfire and destruction effects as you fire through glass and enemies alike has a real weight to it especially if you’re wearing headphones. As I’ve stated in my review for the original Velocity, I didn’t know if I loved the gameplay or the music more and I still don’t with Velocity 2X. Joris de Man returns once again to deliver another amazing score that features Velocity’s signature vibe while elevating it to another level. The original games had only a few tracks that never got old, a testament to a brilliant composer, but Velocity 2X features a full soundtrack this time around and if you love it half as much as I do you can buy it via the PSN store, iTunes, Google Play and many of your favorite digital music distributors. 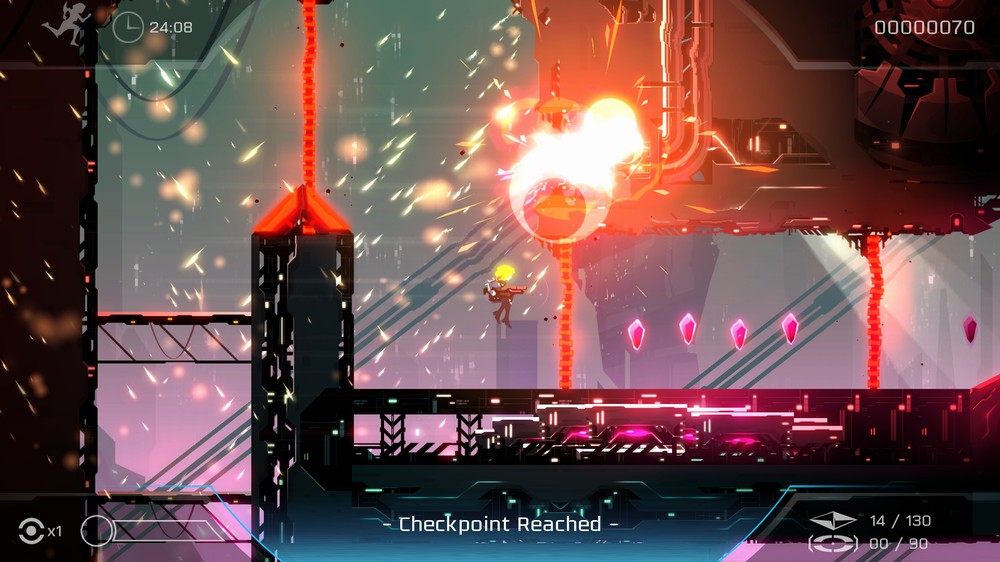 There will plenty of time to hear all the music in the game as there is plenty to do in Velocity 2X with 50 fast paced levels as well as 25 bonus Labyrinth like mini-game levels that are unlocked once you find their golden crystals hidden throughout the game. Getting through the game’s main 50 levels however will require quick reflexes as you can’t progress into the later missions without accruing enough XP to unlock them. XP is rewarded for beating the levels in under certain times, collecting survivors and crystals and for not dying along the way. For those that make it through to the very end and are seeking a greater test there is the Day One purchasable “Critical Urgency Pack” which will put your thumbs and reflexes to the test with 6 finely tuned additional levels. If that’s not enough for you can try to make your way to the top of the combined global leaderboards for both versions or challenge your friends to see who is the better Velocity 2X player.

While Velocity 2X is perfect for the Vita it also releases simultaneously this week for the PlayStation 4. I’ve had the opportunity to try out the PS4 version and while both versions have their strengths like the PS4’s more refined analog sticks or the Vita exclusive touch teleport feature I enjoy the portability of the Vita more. But the nice thing is purchasing it for the Vita rewards you with both the PS4 and Vita versions for one low cost. Velocity 2X also allows for cross-saves between the two systems so I’m never that far away from my next Velocity 2X fix. Velocity 2X is everything that I could have hoped for in a sequel to an already amazing franchise. Velocity 2X is an addictive, fast paced adventure featuring amazing visuals, a great score and rock solid combat. This is an absolute must buy for any PlayStation Vita owner and if you’re a Plus member you can get this amazing game right now for FREE.

PlayStation 4 Mini-review by Mark Smith —  I thought I would jump in on this great review for Velocity 2X and add my own comments for the PlayStation 4 version. I agree with everything Jason has said above. This is a really great game; a classic nod to top-down and side-scrolling shooters from ages past with a high level of polish that will offer countless hours of challenging entertainment (and frustration) as you strive for that Perfect Rank in every level. I only have two issues with the game; the first being the level unlock system that requires you to do well (very well) in the earlier levels in order to unlock levels near the end of the game, and unless you can hone your skills to godlike perfection there is a good chance you’ll never get to experience the entire game.

And lastly, while the DualShock 4 offers some amazingly precise controls for playing both the space and ground games in Velocity 2X, there is no denying that the touchscreen is clearly the intended and superior way to warp around the screen. No matter how good you get at holding down a button, moving the target reticle, and then releasing the button to teleport Kai or the ship, it’s never going to be as fast or intuitive as simply touching the screen. The Vita is clearly the better system on which to experience Velocity 2X. 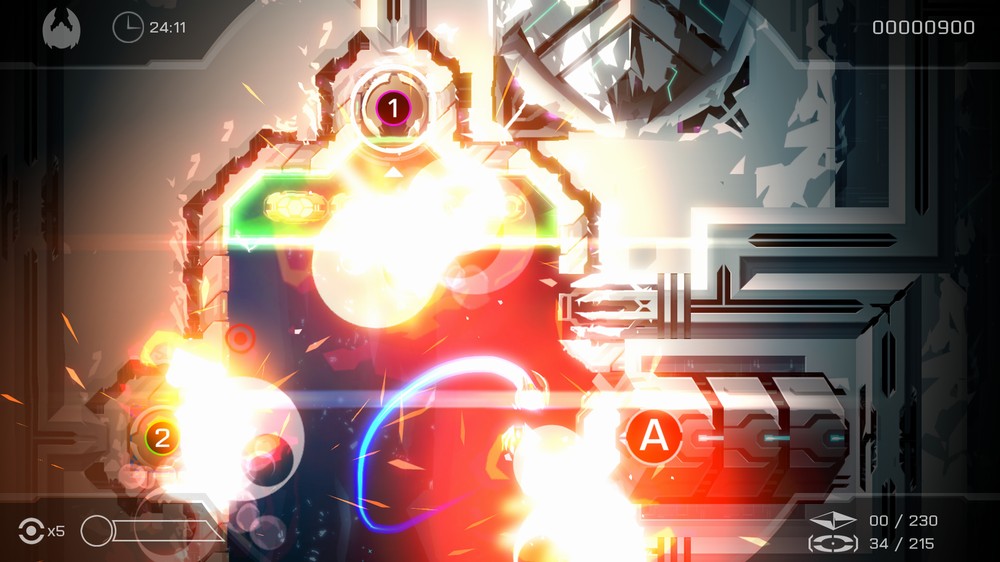 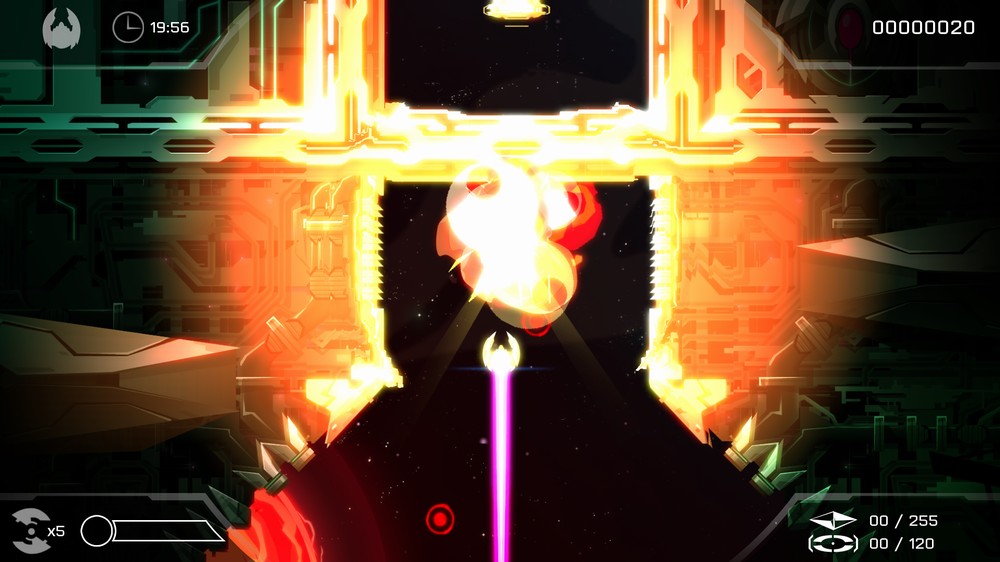 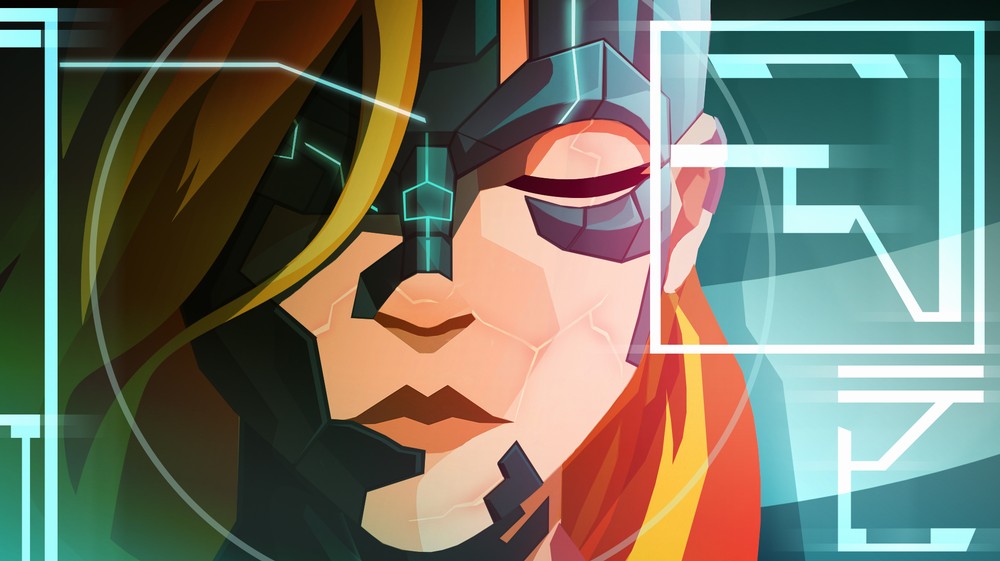 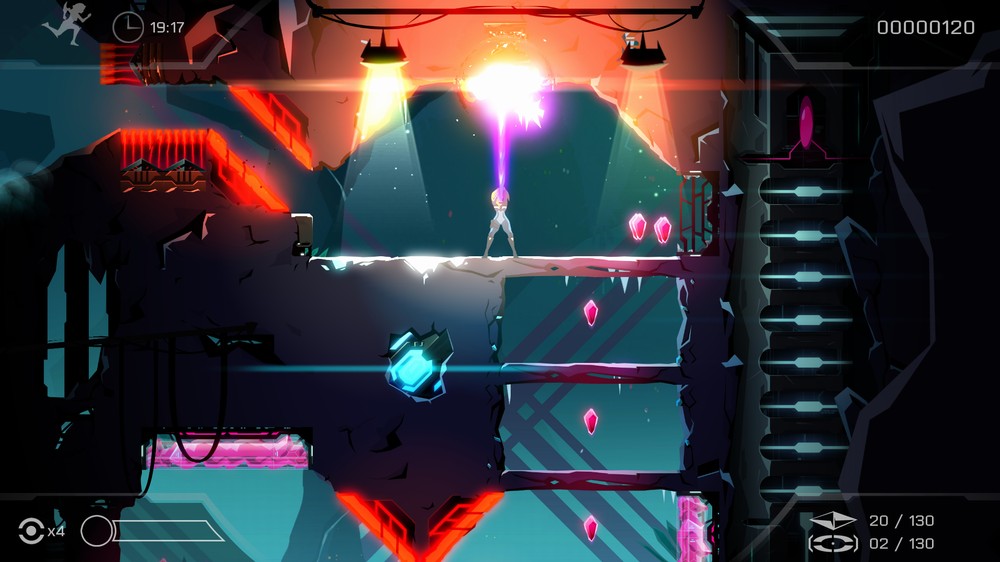 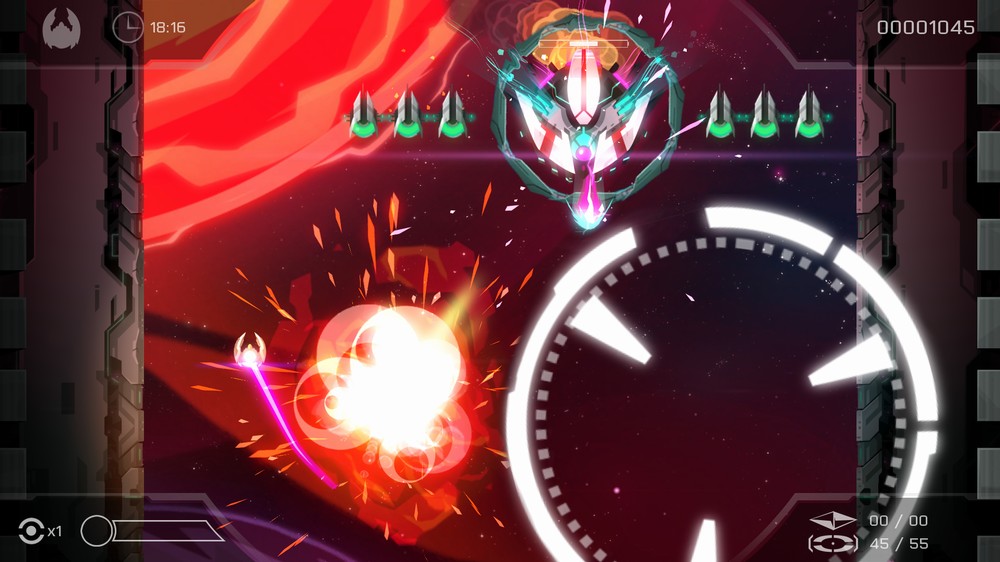 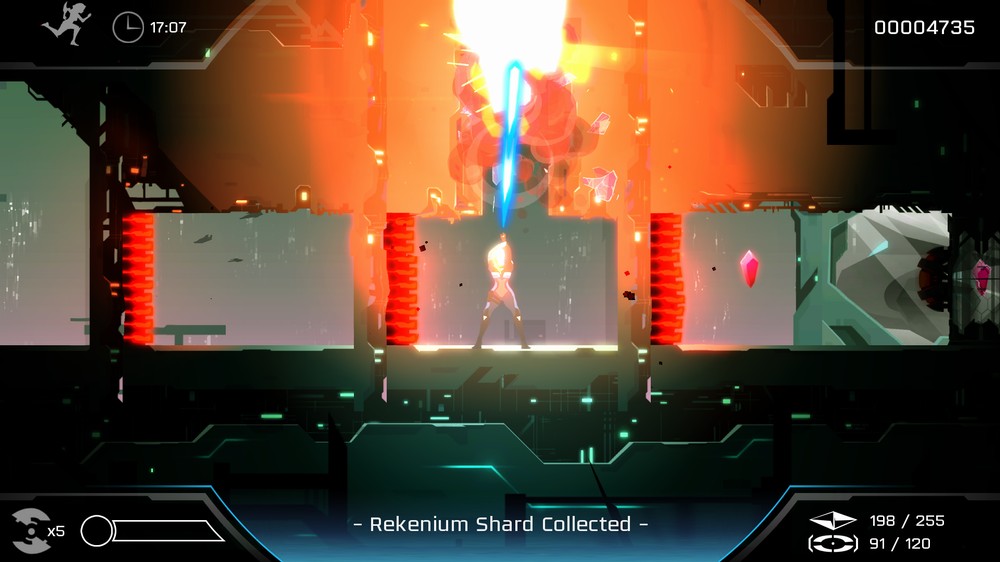 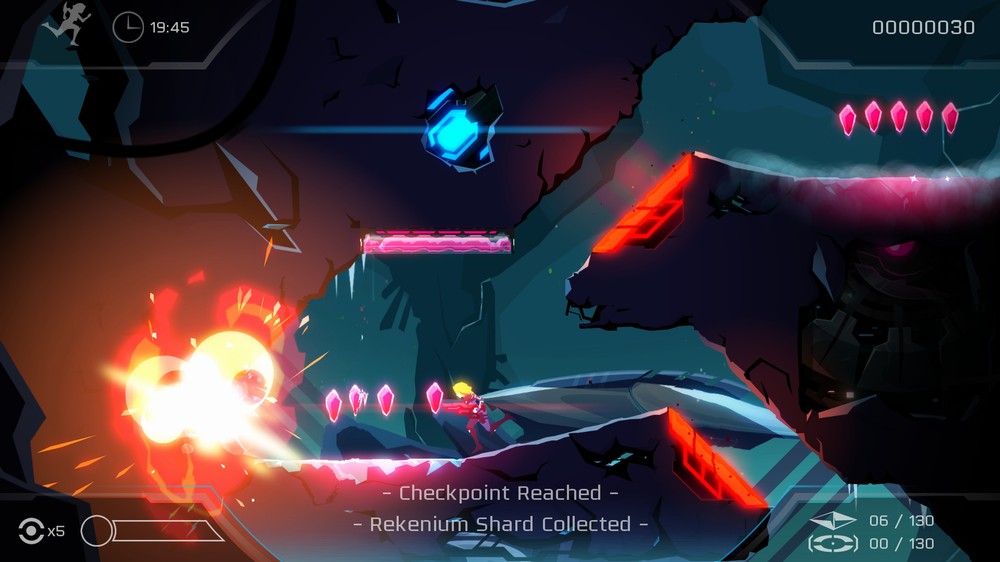 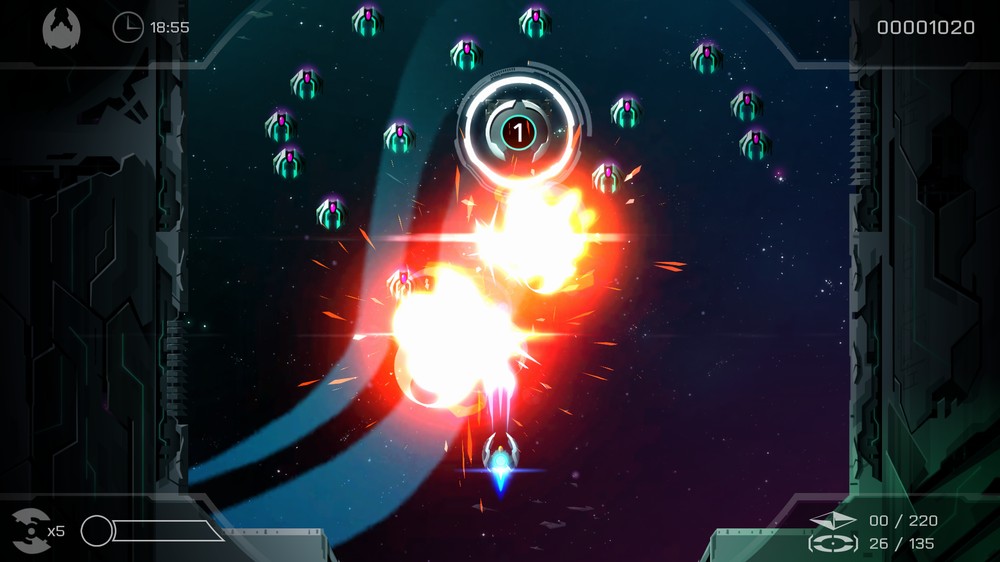 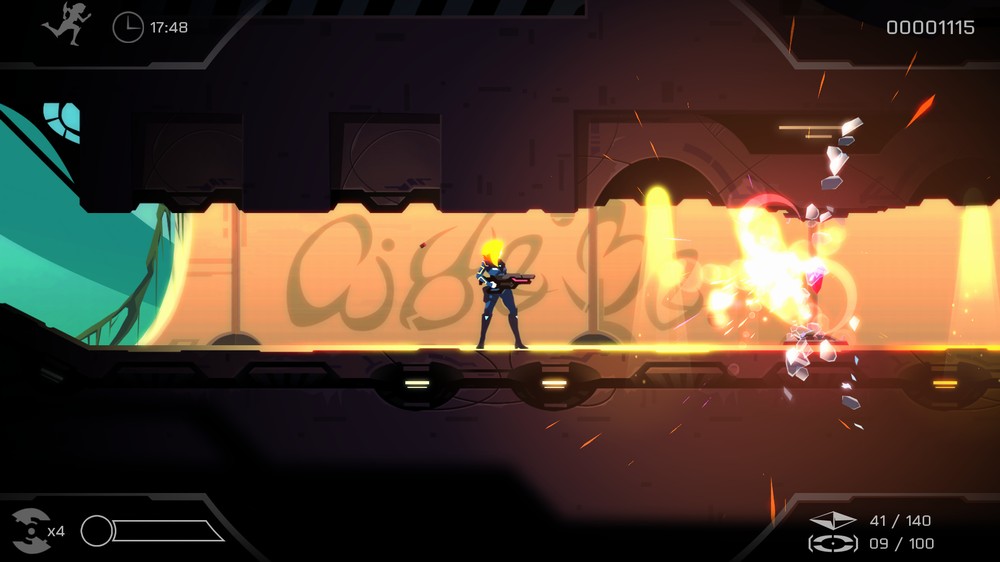 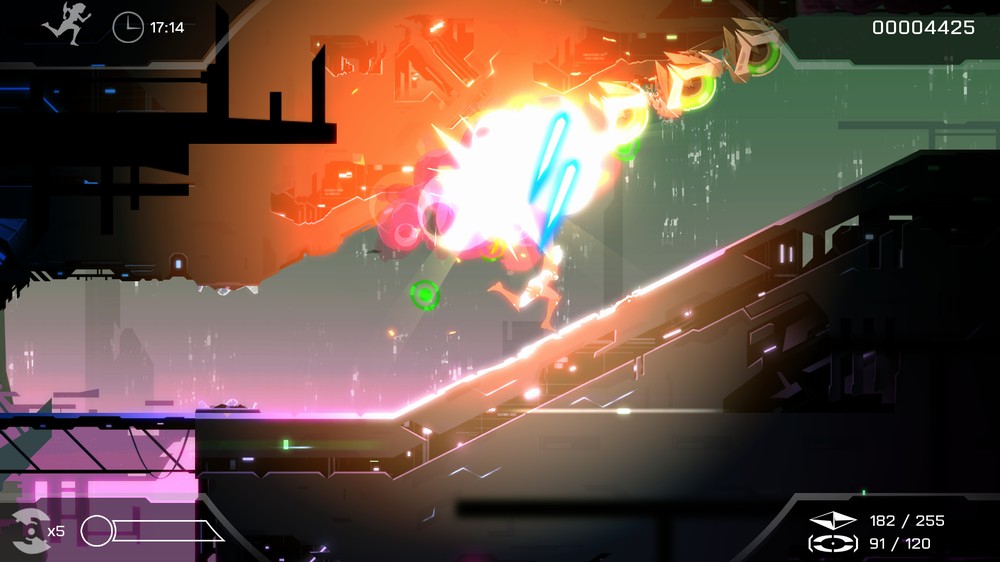 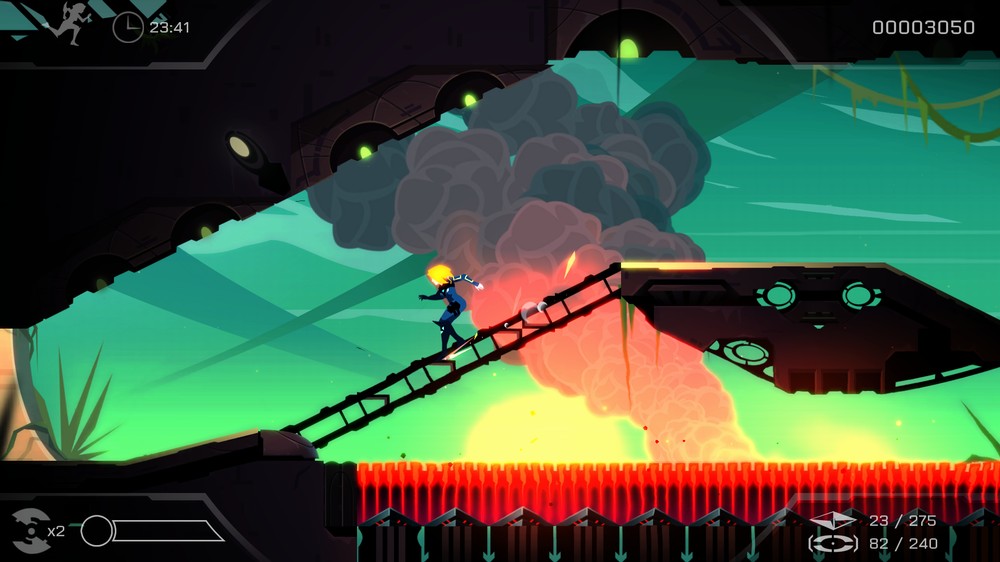 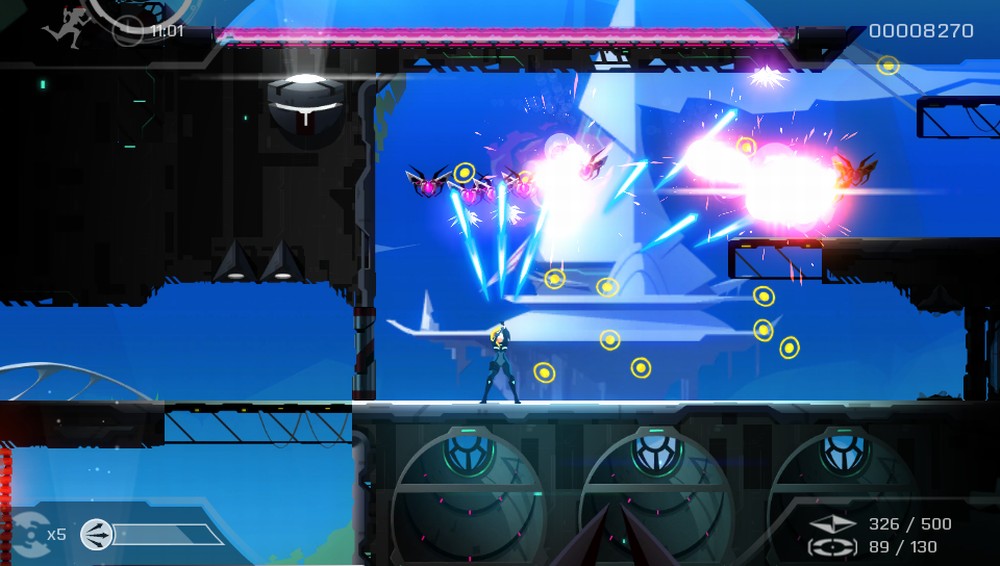 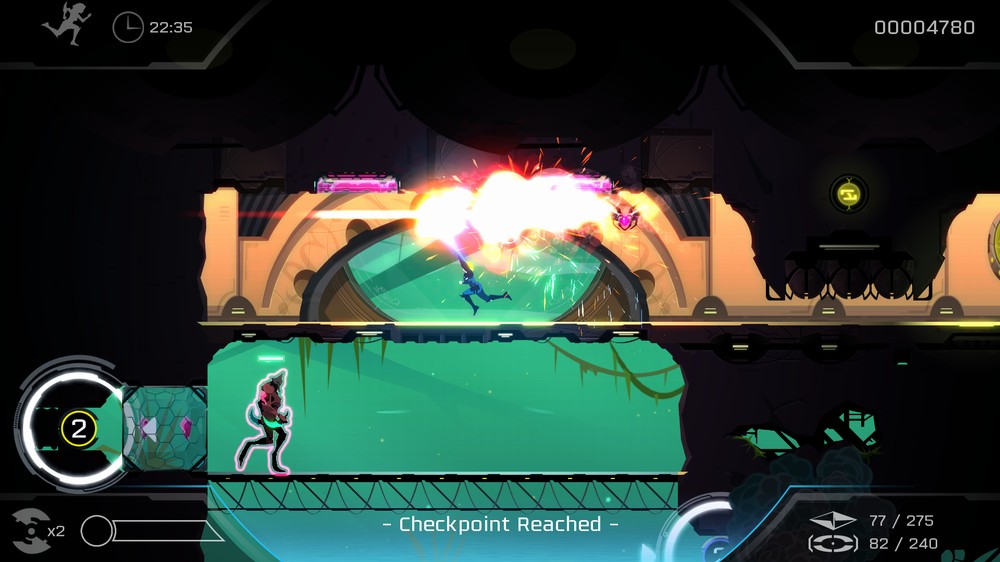