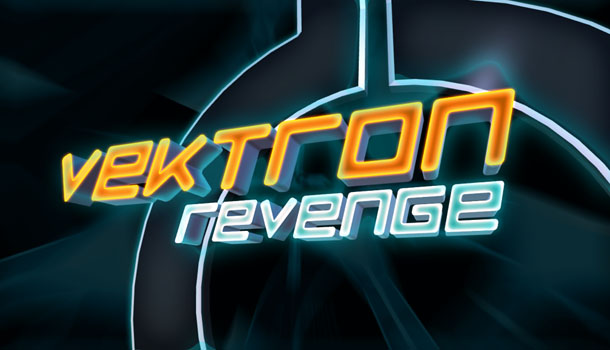 Basically a VR version of Geometry Wars minus the fun.

I really wanted to like Vektron Revenge…almost as much as I want to put an ‘s after Vektron. Admittedly, the trailer and the screenshots sucked me into checking the game out, and while there is some arguable potential lurking around this concept of arcade VR gameplay, sadly, this is not the experience I was hoping for.

Vektron Revenge is basically a VR version of Geometry Wars with the added challenge of having enemies coming at you from 360 degrees while you can only see about a fourth of that. It’s classic twin-stick shooter gameplay with matching controls, as you move your circle-ship around the screen avoiding geometrically shaped obstacles and enemies with one stick while unleashing a stream of continuous gunfire in hopes of destroying them before they reach you with the other.

The graphics aren’t terribly impressive and the 3D is nothing more than you being able to spin around a 360-degree screen like those new Facebook videos. That might work if you are in a swivel office chair but sitting on the couch makes this problematic at best and puts a real kink in your neck. To its credit, the visuals are colorful and smoothly animated and the sound effects are loud and arcadey.

My biggest complaint with the game is that it’s just too hard, and while I certainly don’t mind a challenge your average lifespan in Vektron Revenge is about 30 seconds. If you watch the trailer and see all those cuts in the video – there was probably a death just after the cut.  Your circle is basically just a giant magnet that attracts dozens of enemies that quickly become impossible to avoid; especially when other giant geometric shapes start popping in to create narrow paths and mazes to navigate, all the while trying to avoid and kill enemies. This is mostly due to the close proximately of your viewpoint to the virtual screen surface.  Unless you have your head on a fast and constant swivel enemies can appear within your visual range mere seconds before they kill you.  It’s like trying to play Asteroids with your nose touching the screen.

Originally released for Gear VR, I can easily see this as a mobile game for sporadic game sessions on a phone, but it was also about half the price they are asking in the Oculus store. There just isn’t enough of a game to demand the $5 price tag for the Oculus Rift version.  I’ve had more fun and immersion with many of the free Rift demos.  I suppose there are many people (fueled by energy drinks) that may live longer than 30 seconds, but even then the fun factor wears thin after about ten minutes and you’ll be looking for something better and more rewarding to occupy your time.