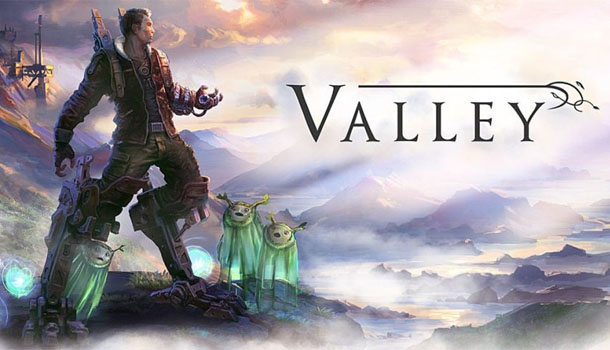 - Checkpoints
- Minor sound glitches
- Sad when it was over

One of the best games I’ve played all year.

Wow! What to say about Valley by indie game developer Blue Isle Studios. Um…”go buy it now” comes to mind. I’ll be honest; I’d only heard snippets here and there about Valley during its development and from time to time it would be brought up by friends asking if I’d heard of its life/death balance mechanic. Well, it only took about 15 minutes of watching my fellow reviewer play the PC version that I knew I just had to play it. So it came to pass that I ended up reviewing and experiencing the beauty and wonder that is Valley for the PlayStation 4 for myself.

I grew up with some of the greatest games for over the past three decades so I’ve seen some pretty amazing games including the likes of Portal and Myst. While each of those two games are wildly different Valley shares a lot of the same charm that I enjoyed with them both. You start off as a gender defined archeologist following a lead to find a mystical item of power known as the Lifeseed delivered from a voice message that finds you canoe-wrecked in the Rocky Mountains. While you never see your character outside of a few covered visible limbs and sound effects during the game it’s a nice option to have for all gamers. 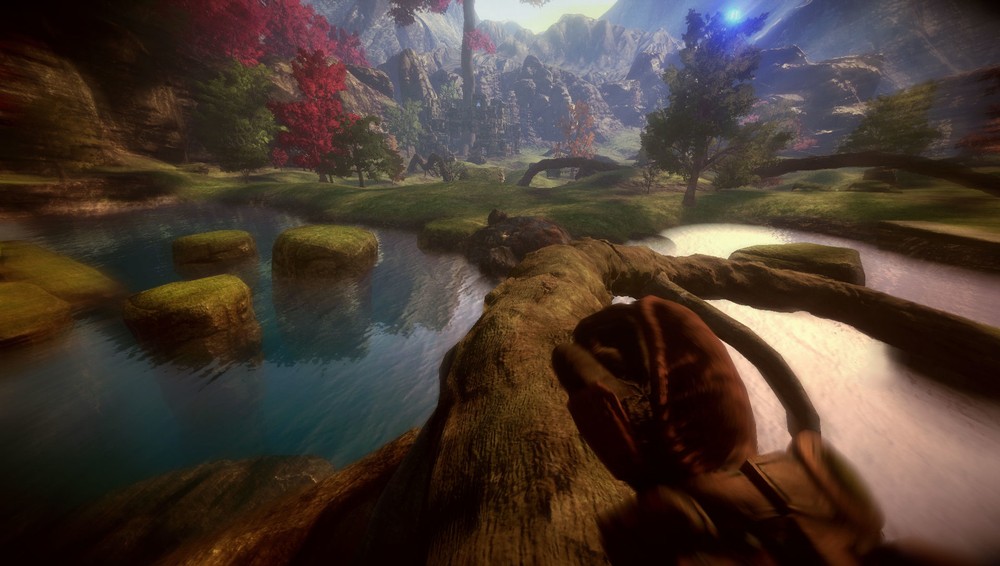 It wasn’t moments later as I stepped out of a cave and followed a tree lined path that I found myself looking upon what I can only describe as a magical scene right out of a Ghibli film, as I encountered strange forest spirits set to a perfectly timed vocal melody that would ultimately set the pace for everything that I would experience to come. Not moments later you unbox the L.E.A.F. suit from the nearby wreckage of an army truck. It seems that you aren’t the first to come across this expansive valley, as the story starts to unfold about experiments involving the Lifeseed and creating an alternate means to ending WWII.

By the time you get there though all you will find is the dilapidated buildings, crates scattered literally everywhere, and what appears to be the ruins of a civilization long since gone. The only signs of life are the world around you and some very angry forest spirits. The L.E.A.F. suit you don very early in the game will be the key to everything you do as you try to piece together what happened here in the Valley, as you seek out the Lifeseed. There are critical audio logs that play at certain moments mostly by anthropologist Virginia King and documents scattered about that you can read that reveal more and more of the story as you go including this one guy who liked to crack science puns much to his coworkers displeasure. 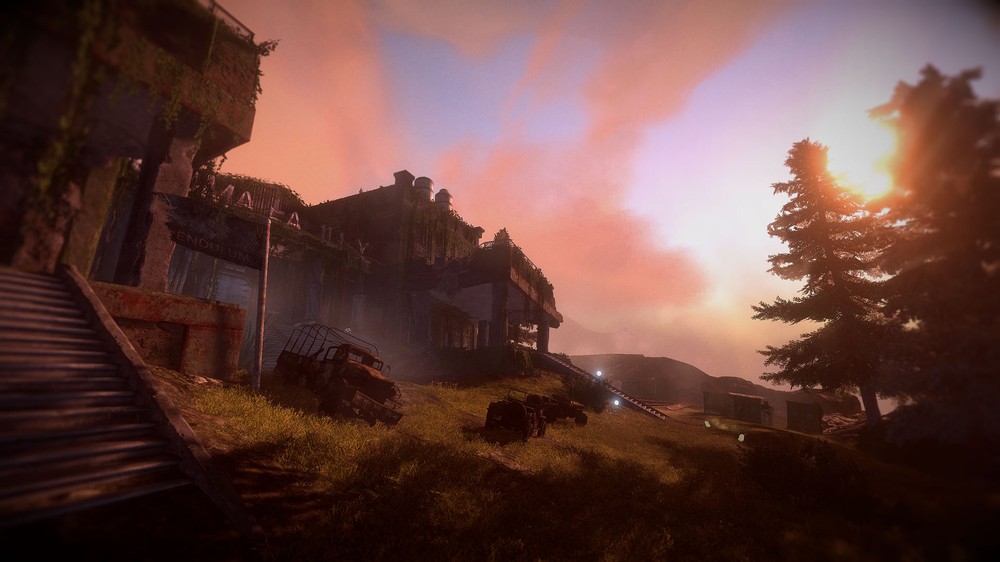 The L.E.A.F. suit allows you to run at crazy speeds and jump considerable distances at first which is explained by a nice Fallout style video. You’ll gain other additions to the suit when the need arises like the ability to walk on magnetic surfaces often on walls or ceilings or grapple onto special points to propel you to new areas. This is particularly useful as there are collectibles such as door-opening acorns and medallions hidden everywhere, often in hard to reach areas. Luckily you can travel back to earlier areas and explore once you have the one of the most useful suit upgrades found much later in the game.

Your borrowed L.E.A.F. suit has one other crucial ability that defines your interactions with the world around you, the later discovered name of the God Hand. You see your suit’s more complex features runs off of Amrita energy which can be harvested from living things such as trees or forest creatures like deer as well as by collecting thousands of reappearing floating orbs scattered around the valley. Just as easy as you can take life though you can also give it back to that little deer or revitalize that huge tree as you are told very early on. 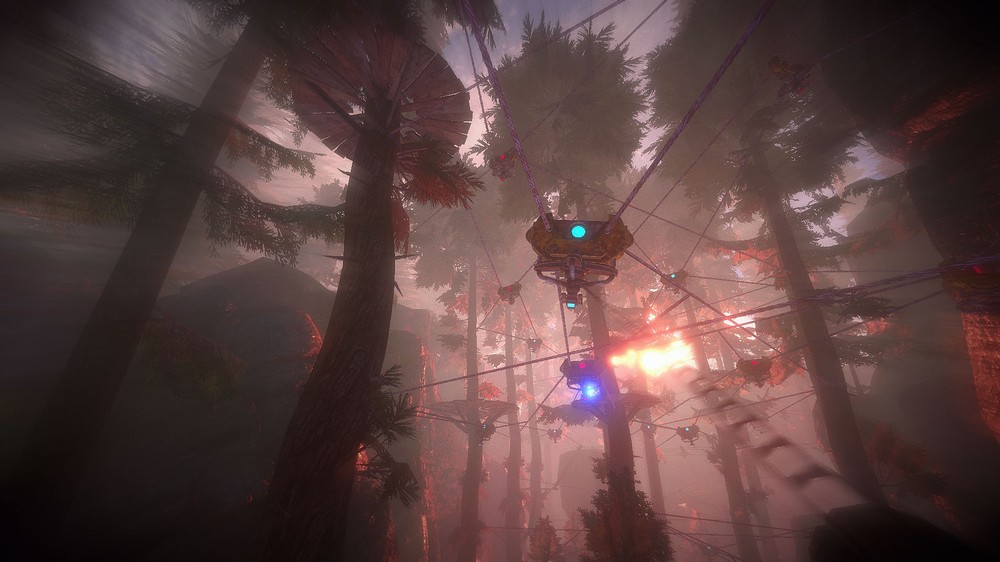 It’s this life/death system that must be balanced throughout your journey. This balance is made trickier by your ability to traverse the increasingly challenging landscapes while trying to avoid pitfalls such as any water more than six inches deep. This is due to the fact that your L.E.A.F. suit makes you sink like a…hunk of metal suit in pretty much any water. This will later be negated with a suit upgrade that literally lets you run on water for a short amount of time as long as you are actually running.

A lot of Valley’s traversal woes as I found out are actually dependent on how fast you’re running to clear small gaps or how far you will be propelled across a ravine when using a grapple point. This is particularly tricky when barreling down some subterranean train tracks at break neck speeds, to an amazing score piece I might add, when you have to make turns that could easily break you stride and make a jump end a little too short. The controls for Valley are actually pretty solid and remarkably simple leaving most human error down to pure control and timing. Death resulting in a failed jump or defeat isn’t permanent in Valley though thanks to breakthrough of Quantum Death to anyone using the L.E.A.F. suits. It comes at a price though. 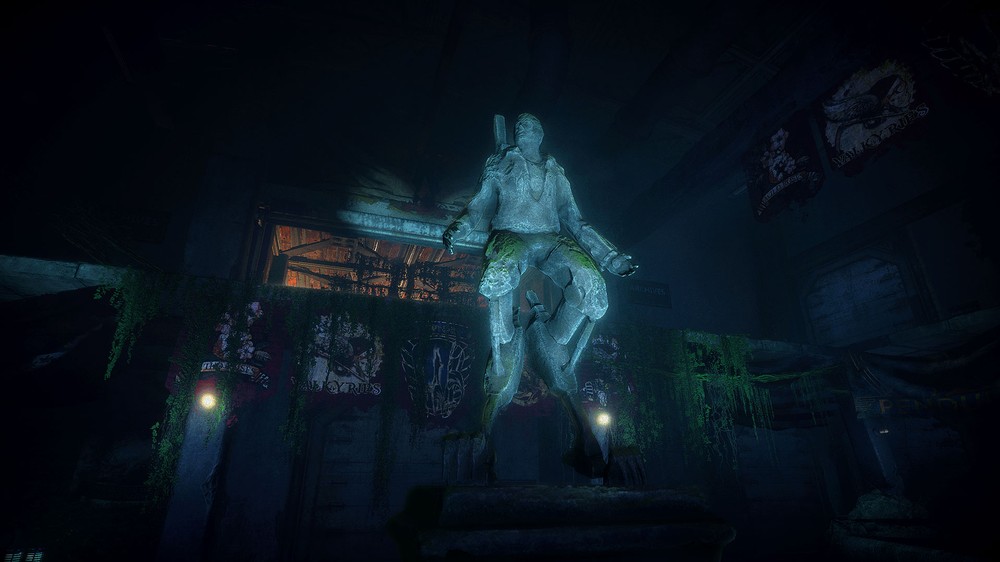 Every time you die part of the valley around you is sacrificed in a form of equivalent exchange to bring you back. This could prove troublesome to players if they can’t seem to get themselves out of a bad situation and your only recourse is to reload to a previous chapter checkpoint. While I can’t say that happened to me, I can say that I can see the frustration that might cause. I did die several times mostly from poorly executed jumps throughout my journey, but I always able to restore the balance with the environment with little trouble afterwards.

Other than pitfalls your biggest threat in the world of Valley are the Amrita Swarms and Wraith like forest spirits that will attack you at great distances with energy projectiles or straight up charge you before going invisible. Each can be pacified with 2 to 3 shots of energy at most with the exception of a forest spirit much later in the game. This spirit, The Wendigo, is what I would actually classify as a mini-boss and the only time where a spirit posed any real threat despite being dispatched fairly easily. 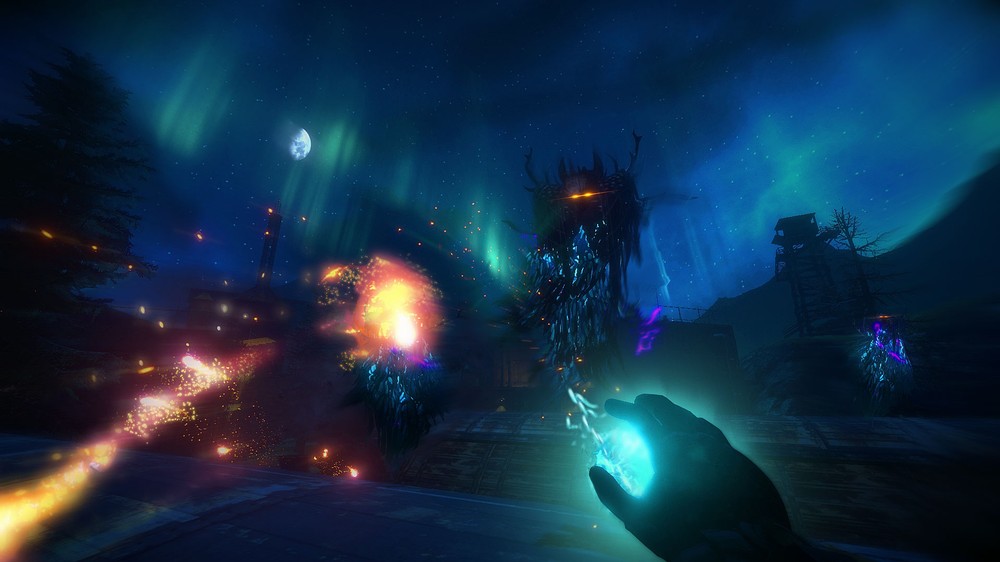 Despite the threats of death, Valley is a world to be explored and to be marveled by. There is a very peaceful vibe to the whole experience with its exterior environmental designs which only alters to a darker tone when you’re faced with enemies or traversing through the practically sinister and forgotten human blights to the Valley that is Pendulum. It took me a little over 9 hours to make my through to Valley’s conclusion and that was with being somewhat thorough in exploring almost every nook and cranny for collectibles and upgrades without traveling back to previous areas ala Tomb Raider until after I beat the story.

The most crucial of the collectibles are the medallions that gain you access to the Pyramid much later in the game. By the time I hit that point I had amassed 50 medallions without backtracking which was more than enough to get through the first door but about 20 shy of the inner door, as you need 40 total for it. You can go back and explore with your upgraded suit to hunt down the missing medallions and energy upgrades even after you beat the story, especially if you want all the trophies.

But what really makes Valley such an amazing experience beyond its environmental design, gameplay as well as traversal mechanics and technical aspects such as the skybox and the lighting? For me, that captivating answer lies in its music and how it is utilized. Coming out the cave and being treated to an almost Avatar mix of audio and visual was my first clue that Valley was going to be something very special. Things just kept getting better with a perfectly timed upbeat melody as I raced down hillslopes to launch myself repeatedly from one path clearing to another and trees just whipped by my vision. 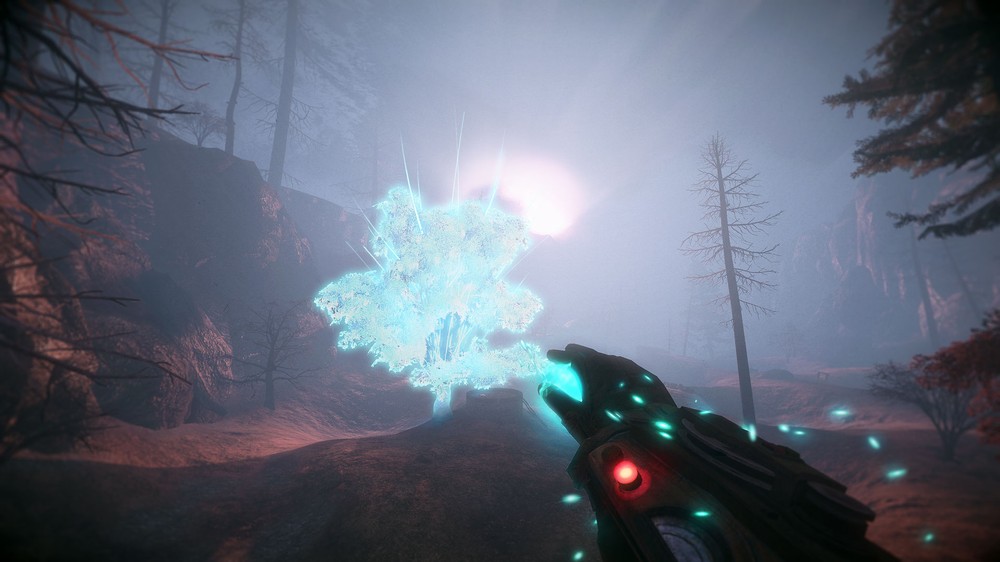 There are several instances of brilliant score pieces that are cued to match and flow with what you’re doing at that very moment like the aforementioned subterranean train tunnel system.  If the music isn’t in sync with your movements then its hitting just the right vibe to your environment be it the steel and concrete confines of the Pendulum installments to the wide open natural Sussurus Valley area. Now while most of my game audio was flawless and I don’t know if it was my PS4 or audio system but I did experience some minor glitches in the audio from time to time but nothing seriously game breaking thankfully.

The best part is that after spending a good amount of time exploring each area the music never once got old, ever. This is amazing since most of the tracks on the soundtrack (available on iTunes and the Google Play Store) are only minutes long. The audio team including composer Aakaash Rao did a masterful job bringing Valley’s world to life along with the musical talents of vocalist Zefora Alderman and musicians Deryn Cullen, Sandro Friedrich and Lucian Nagy.

Going in I had no idea that Valley was going to as special as it was. But the more I played the more I didn’t want the story to end even after some of the reveals much later on. The world, the mystery behind the army being there and the thrill of an Indiana Jones/Lara Croftian style adventure all tied together by one of the best soundtracks I’ve heard in years makes Valley one of the best games I’ve played all year. If you own a PlayStation 4 then you owe it to make sure this gem doesn’t go unnoticed, like this massive valley somehow, and get your copy via the PSN Store today.