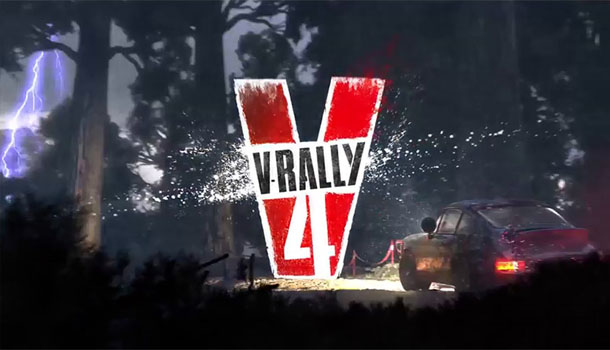 Hits a near-perfect blend of arcade fun and hardcore simulation.

After a 16-year hiatus, the V-Rally series has made its return to the consoles with V-Rally 4.  Developed by Kylotonn and published by Bigben Interactive, V-Rally 4 comes from the French team that is no stranger to high intensity racing games – having been responsible for the three most recent World Rally Championship titles (WRC 5, 6, and 7), as well as Flatout 4: Total Insanity and TT Isle of Man: Ride on the Edge. V-Rally 4 hits a near-perfect blend of arcade fun and hardcore simulation that hearkens back to an era of videogame racing that is near and dear to many old school gamers.

The late 1990’s saw a surge in games centered around the sport of rally racing.  Spurred on by the immense popularity of the original Gran Turismo, developers began shifting their focus from the arcade-style muscle car showdowns like Test Drive and Need for Speed, to more sim-like experiences in which technical knowledge and driving skill far outweighed raw horsepower.  Rally racing was the natural extension of this sim racing wave – requiring gamers to tweak and tune to get the best setups for the varying conditions, and to maintain control in the most dangerous of locations. 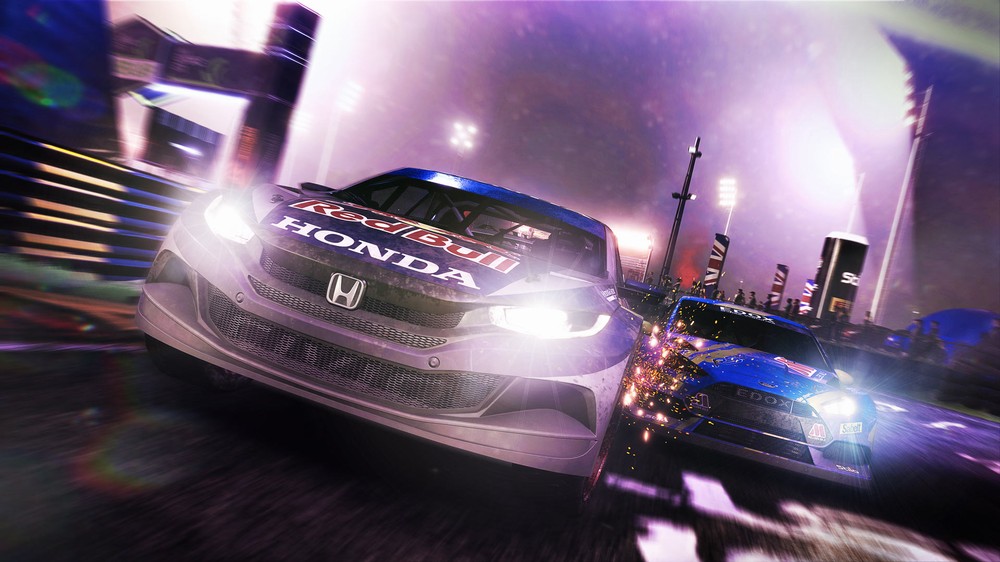 One of the stalwart rally racing franchises from the 1990’s was French developer Eden Studios’ V-Rally series, which took a slightly looser, more accessible approach to rally racing – as least compared to the uber-sims Colin McRae Rally from Codemasters, and World Rally Championship from Evolution Games.  V-Rally was ultimately parked in 2002 following V-Rally 3, and Eden Studios eventually shuttered.  Colin McRae remained under Codemasters, but since morphed into the popular Dirt franchise.  World Rally Championship became WRC, the license of which eventually wound up in the hands of Bigben and Kylotonn in 2015 where it has seen moderate success.

No longer in possession of the WRC license, Bigben and Kylotonn jumped on the opportunity to revive the V-Rally franchise with V-Rally 4 – and free of the constraints of the WRC, have developed an experience that reaches far beyond their previous work. V-Rally takes a cue from Codemasters’ Dirt series, by offering a variety of disciplines for gamers to master – from the standard Rally (single car, point-to-point, against the clock) and Rallycross (multi-car, lap races), to non-traditional events like Extreme Khana (gymkhana driving challenges, but on steroids), Hillclimb (one incredibly powerful car, point-to-point over a treacherous mountain road), and Buggy (like Rallycross, but in a truck/buggy hybrid). 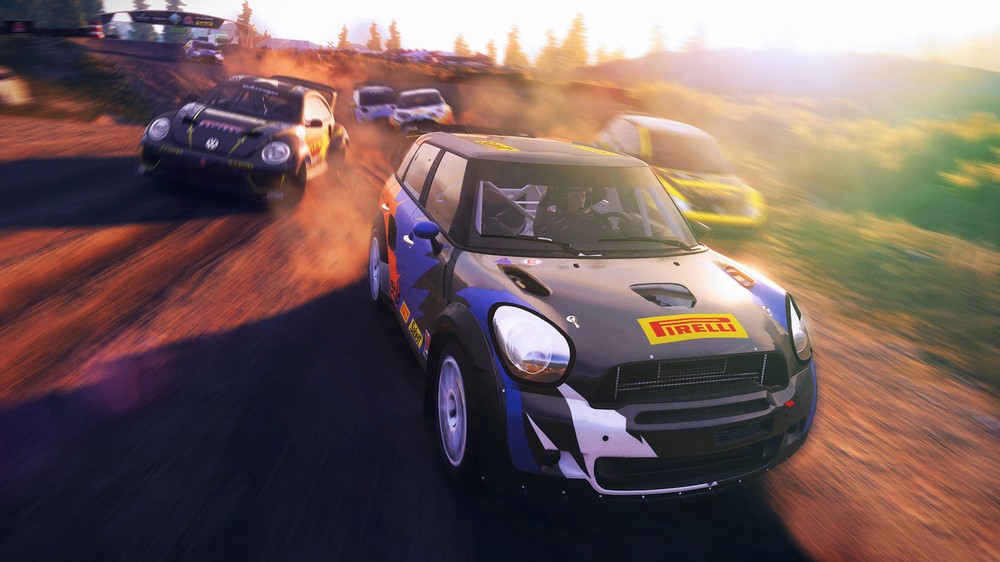 Having a variety of different types of events available at any given time definitely kept the experience fresher than I have felt for a long time in a racing game.  As an old school rally gamer, the point-to-point Rally stages and white-knuckle Hillclimbs were like a trip down 90’s memory lane, but I have to admit that I absolutely loved the Motorstorm-like crash-and-bash Buggy racing most of all.

Obviously, each racing discipline has specifically tuned cars with unique control and response based on the specific vehicle, surface conditions, weather conditions, and tuning setups.  Overall the control is pretty spot-on, and the feedback through the controller definitely gave a sense of the road beneath the tires.  One hint – while V-Rally 4 defaults to the behind-car view which gives a good look ahead, I found that the cars tended to over-rotate from that perspective, and that the over-hood view was best to maintain control. 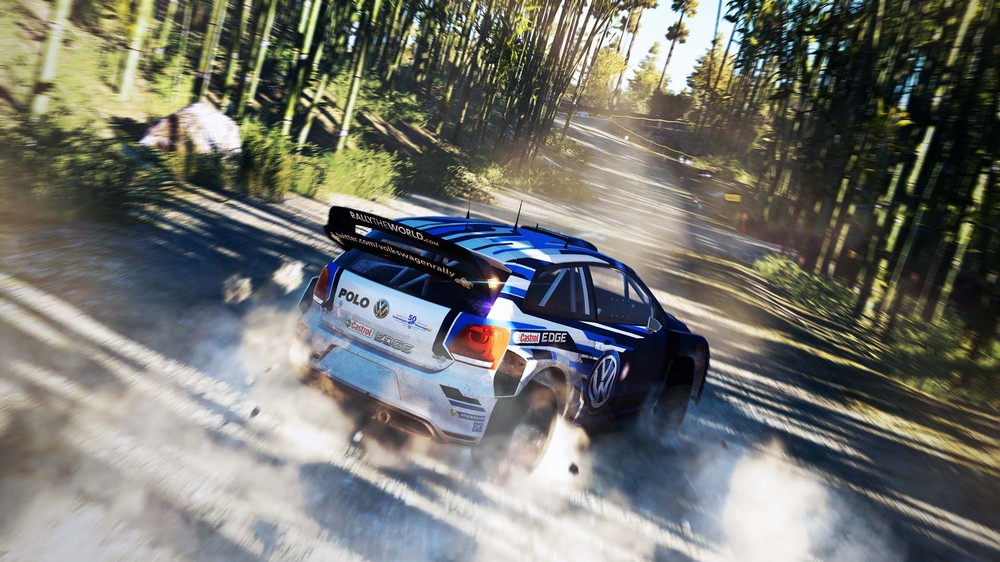 V-Rally 4 offers a map-based Career Mode that is similar to what we have seen in recent Criterion Burnout and Need For Speed games.  Winning races awards money that can be used not only for new cars and upgrades, but also to hire mechanics in the different disciplines who will better tune your vehicles to the conditions.

Without the WRC license, V-Rally 4 cannot feature any of the familiar locations from the FIA WRC circuit – on the flipside, that also means that V-Rally 4 isn’t limited to those locations, which allowed Kylotonn to design some of the most impressive (and often, implausible a many are protected environments in real life) courses in such varied locales as Sequoia National Park, Monument Valley, Siberia, Japan, and even Detroit.  Each location is rendered exquisitely and will really have you believing that you are careening through a dense rainforest in Malaysia or sliding off the edge of a monolith in Utah.  The audio is likewise impressive, save for the fact that there’s only one song in the game that plays over, and over, and over during the menu screens. 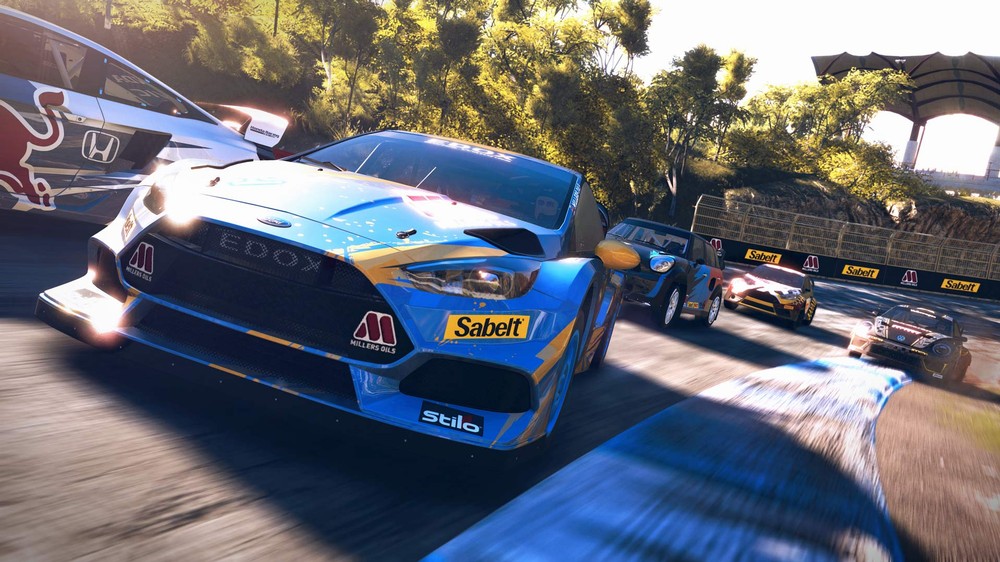 The biggest knock I can find against V-Rally is that the loading times are excruciatingly long – and this is from the perspective of a fully-digital download copy of the game with a brand new 1TB PS4.  We are talking 2-3 minutes per stage.  I’ll humor myself and imagine that this was a feature put in by Kylotonn to bring back memories of 1999 rally racing on the original PlayStation, but it really is aggravating in 2018.  Thankfully, a restart of a race is almost instantaneous – and restarting is something you need to do a lot of on these highly-technical courses.  Online play was available, but the pickings were pretty slim at the time of this review.

It must have been unnerving, yet liberating, for the folks at Kylotonn to be free of the WRC license and be able to deliver as varied and enjoyable a game as V-Rally 4.  It is fairly obvious that the developers have a great respect for Codemasters’ Dirt series, as V-Rally 4 does a lot of what Dirt has already done in the past.  And really, not any better.  But it does offer a solid starting point, and things can only go up from here. 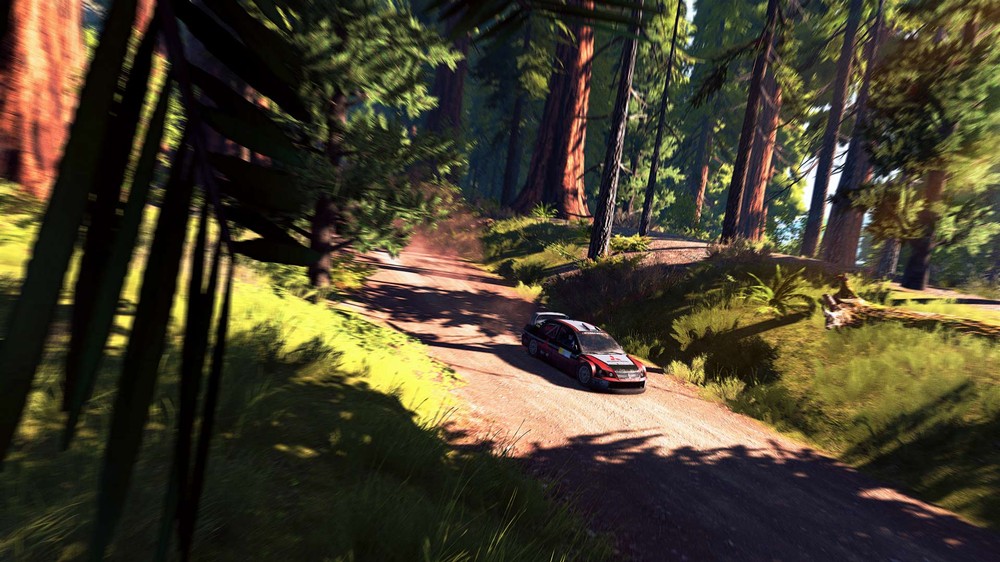 Does Codemasters have anything to worry about at this point?  Not at the immediate time…but they might want to keep an eye on the rearview mirror as V-Rally 4 is coming on fast.