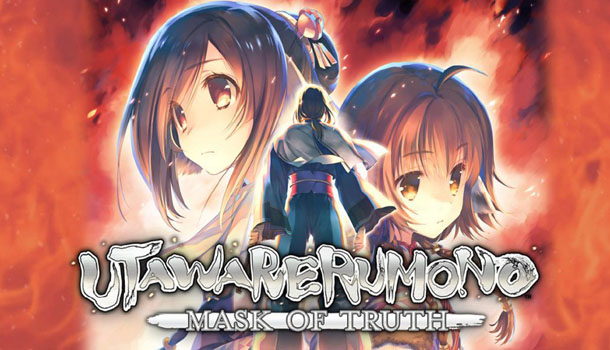 + A lengthy and engrossing narrative
+ Combat is well executed

Most definitely not a game for newcomers to the series, but delivers a fitting end for existing fans.

Starting up a new Utawarerumono title is akin to opening the cover on a new book for the first time, or hitting play on the pilot episode of a years-long television show. It’s a massive undertaking, a fact that fans of the series are well aware of, and the most recent release, Mask of Truth, proudly advertises its 80+ hour running time. This isn’t a game that you pick up and play in short bursts, or one that you’ll complete in the course of a weekend. This is an experience in which you get to know the characters on an almost personal basis, and once finished, will feel like you’ve suddenly developed a hole in your life. 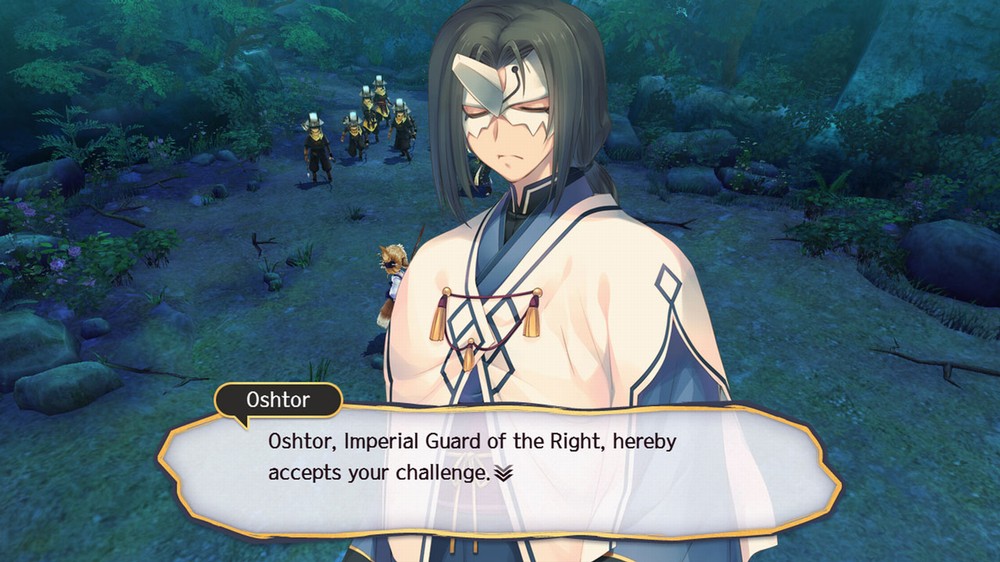 The Utawarerumono series originally debuted on the PC back in 2002, and has since encompassed a range of media, including manga, anime and videogames. Mask of Truth is the final entry in the series, following on from Mask of Deception, which released earlier this year, and promises to deliver a fitting end to this 14-year long narrative. I have to admit that I started this game at a major disadvantage, seeing as I hadn’t experienced anything from the series previously, but Mask of Truth delivers a refresher at the beginning of the game that aims to bring newer players up to speed with what’s happened so far.

The beginning of Mask of Truth sees Kuon, one of our main protagonists, waking up following the events at the end of Mask of Deception with memory loss, and surrounded by a large group of friends and allies concerned for her safety and the safety of the world following her discovery and use of previously latent powers. For rookies like me, this introduction to the world comes thick and fast, with a whole host of characters and situations being thrown at you in quick succession, and being taken away again just as rapidly. It’s difficult to keep track of who’s who and who’s worth paying attention to, and I must say that after an hour or so of this, my head was in a spin and I had to put the game down for a while for fear of mental exhaustion. 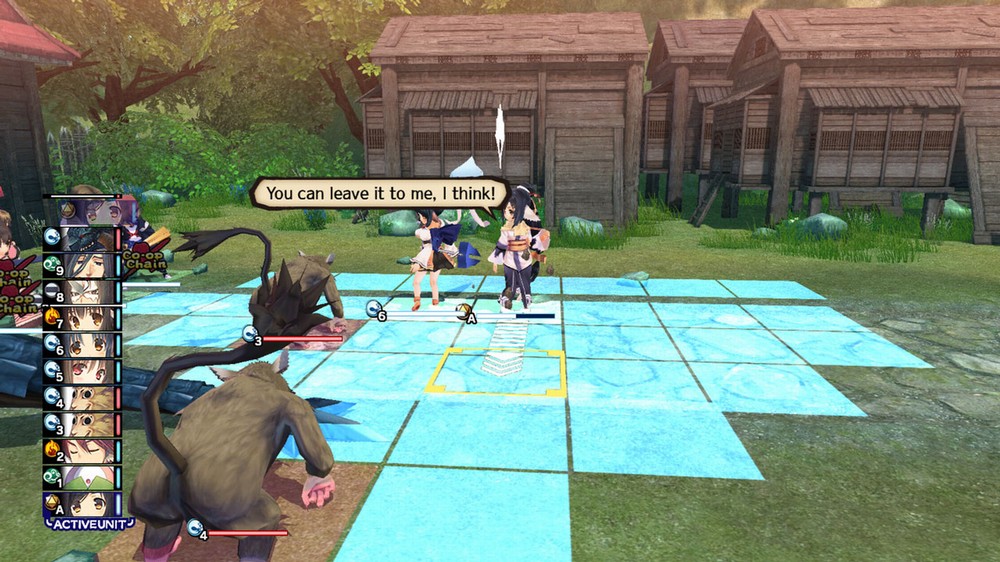 This is soon followed by a recap of what’s happened to bring our characters to this point in the narrative, and again, this is delivered at a rapid pace and in such a fragmentary nature that it’s difficult to follow with any real sense of clarity. Admittedly, summarizing a huge visual novel in a matter of minutes is a near-impossible task, and I can’t help but feel that with more familiarity with the series, this refresher course would have been quite effective at reminding me of what had come before. As it was, I felt distinctly overwhelmed, with characters and past events being thrown at me one after the other. Due to Mask of Truth’s visual novel set-up, I found that the lack of interaction on the player’s part didn’t help with the delivery of the information, and this was a problem that I found throughout my time with the game.

Another issue that was persistent throughout my time with the game was the oversexualization of characters and situations, and the general feeling of grossness that runs throughout Mask of Truth. This is a common issue that I have with JRPGs in general, where every female character has a dramatically oversized chest, and conversations often revolve around bathing together or barely-veiled hints at sexual attraction between female characters, but I found Mask of Truth to be particularly obnoxious and even downright offensive with its depiction of its characters. This is a game that I would be embarrassed to play in front of other people, and I even felt ashamed playing through portions of this game when I was sitting by myself. This greatly soured my experience with Mask of Truth, and I have to admit that the memories that I take away from my time with the game will generally consist of how slimy the game feels at times. 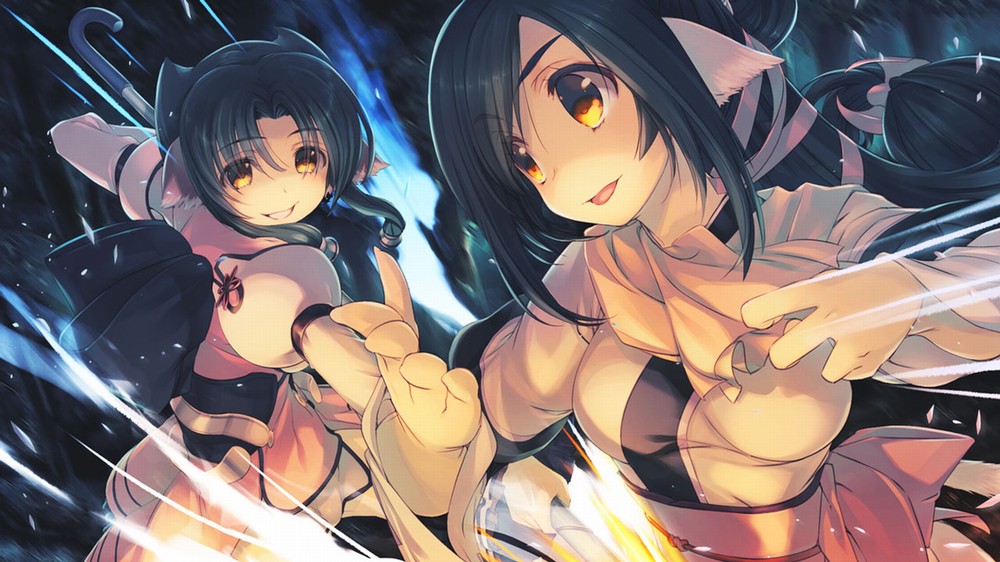 Thankfully, one area in which the game shines is its combat, which is tactical and measured and requires forethought, character knowledge and a small dose of luck to be successful at. The game does a good job of introducing you to its combat mechanics throughout the first few hours of the game, and you’re soon up and running with various party members to manage and a good range of enemies to defeat. For how passive the narrative aspect of the game is, it’s quite surprising how active the combat proves to be, as you’re not only directing characters around the battlefield, but also being responsible for timing their attacks, which can become more powerful if executed correctly.

Utawarerumono: Mask of Truth isn’t an experience to enter into lightly, and following my experience with the game, I’d also say with some conviction that this most definitely isn’t a game for newcomers to the series. However daunting it might be to think about going back and starting the series from the beginning, I’d almost say that that is a preferable alternative to the confusion that I experienced from starting with Mask of Truth. Though you may well still find something to enjoy with the combat, story is a huge part of the experience with Mask of Truth, and the intermittent combat events aren’t enough to make up for the hours of dialogue that will only serve to make you wish that you were more familiar with the series. For those who have experience Utawarerumono before this, though, Mask of Truth delivers a fitting end to the series and is well worth your time if you’ve enjoyed the narrative up to this point. 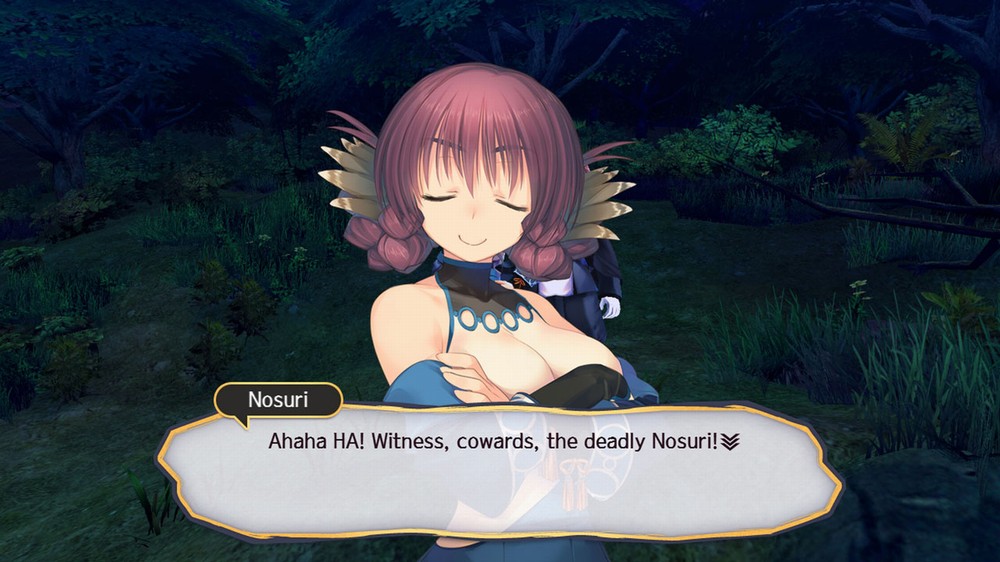 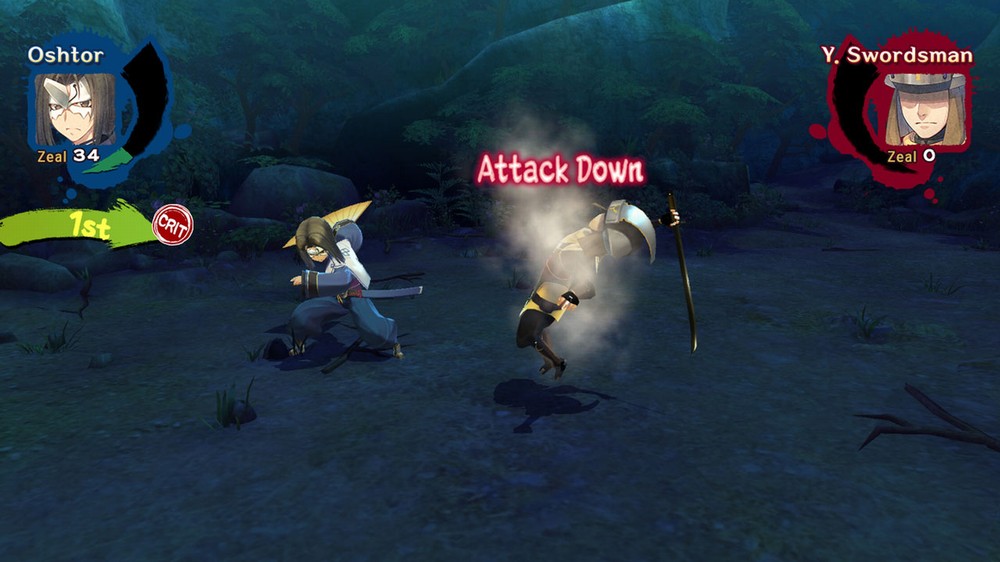 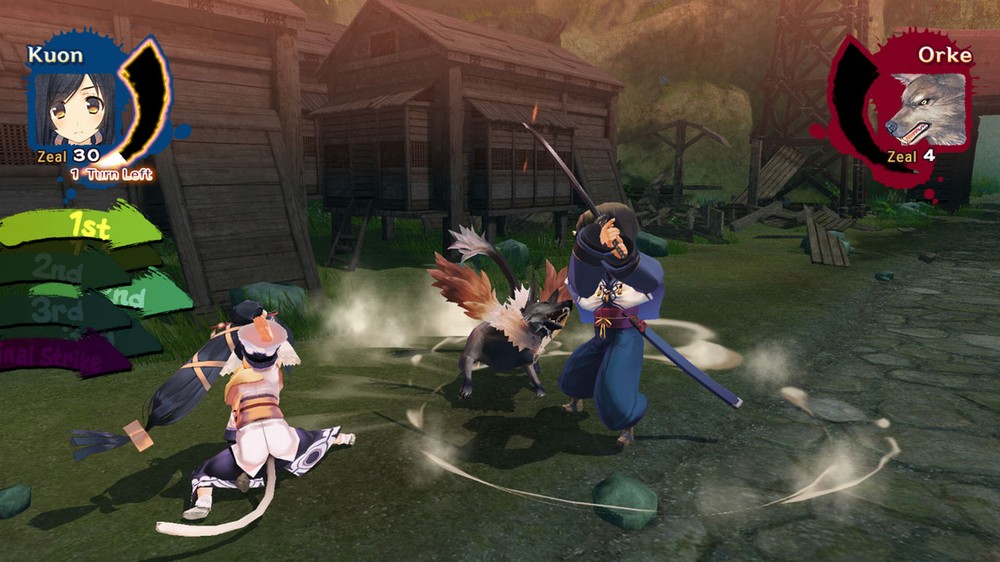 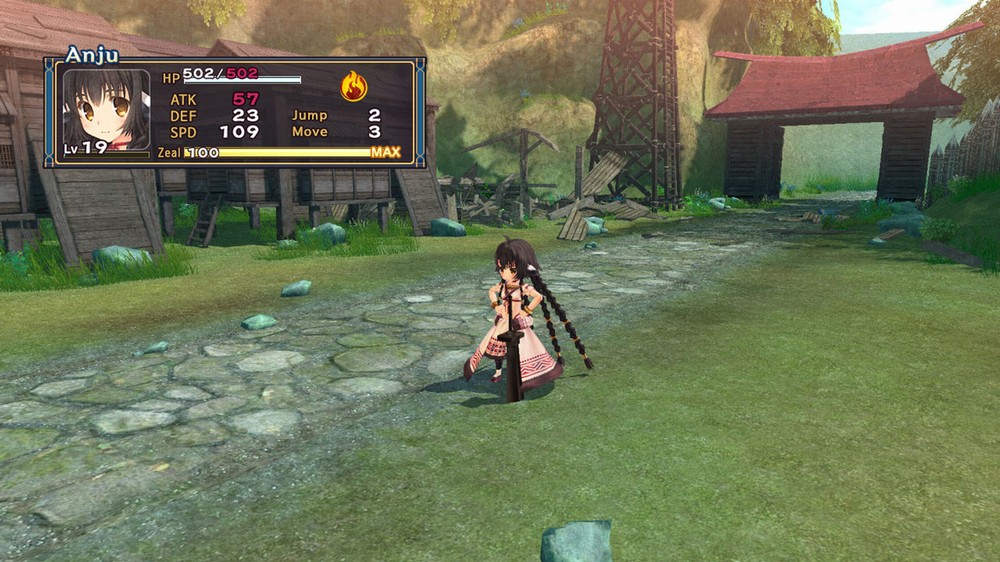 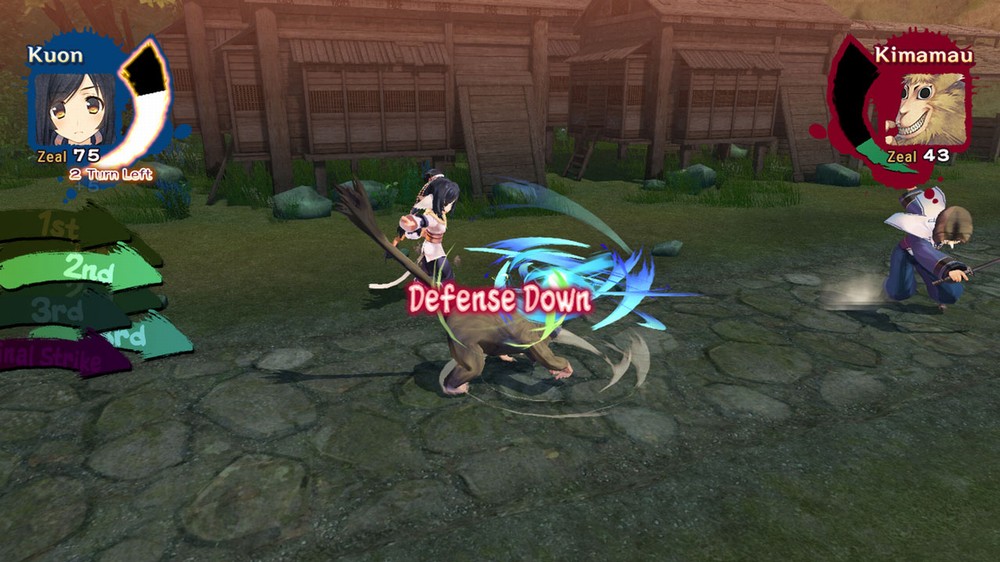 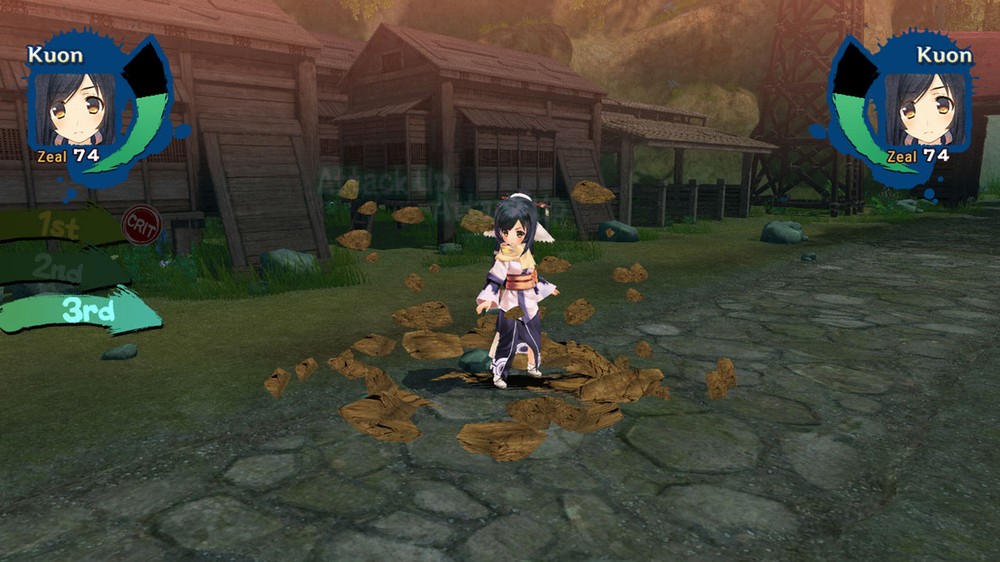