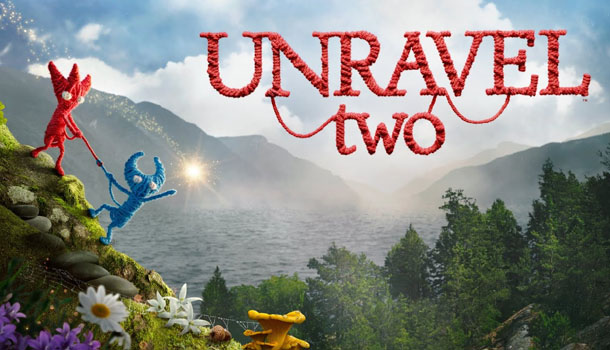 An unforgettable experience of joy, suspense, amazement and worry.

Sometime life hangs by a thread. It’s a phrase that all too often comes during times of uncertainty and in many cases, loss of life. This feeling is one of many that I experienced recently while playing Coldwood Interactive’s newest title, Unravel Two for PC. In the case of Yarny, returning protagonist of a game that I sadly haven’t played, you literally must use a thread of yarn and a new friend to traverse some of the most beautifully created puzzles that I’ve seen in years.

One of the biggest things that hit me right off about Unravel Two is how seemingly natural and fluid a lot of the puzzles feel. The thing to remember about this sequel is that while it is totally playable alone, the experience can be enhanced by bringing along another friend for some local co-op. It is important to know that there is no online support, but after having made my way through the story and a handful of challenge levels it became clear that it may not have been feasible in the greater scheme of cooperation.  Co-op play requires a lot of back-and-forth chatter that would be problematic over a headset. 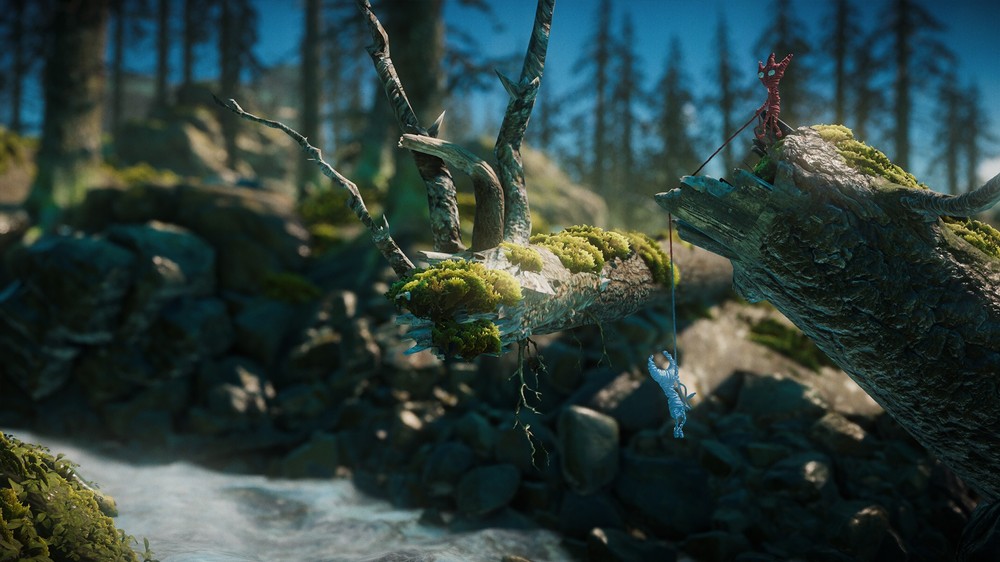 Cooperation along with friendship are among the biggest aspects that make up Unravel Two’s narrative and gameplay. I lucked out having the opportunity to play through the whole game both cooperatively and solo. That said it was a great experience either way as the areas within in each level are balanced out between largely quick jumping or swinging platforming segments to more complex puzzle maneuvers involving switches and platforms. Unravel Two is made up of seven chapters each with its own theme from forests and cities to industrial areas.

When it comes to navigating each level, both of your Yarny characters have the exact same abilities. The main method of getting to out of reach areas is lassoing a thread of yarn on various yarn tipped objects like tree branches and ladder rungs to name a few. When connected to these you can swing from them and/or tie off on multiple points to create bridges. There are some really clever puzzles scattered throughout, some of which took me more than a few minutes to figure out. But once my friend or I did we couldn’t help but grin or shake our heads when we made it through. 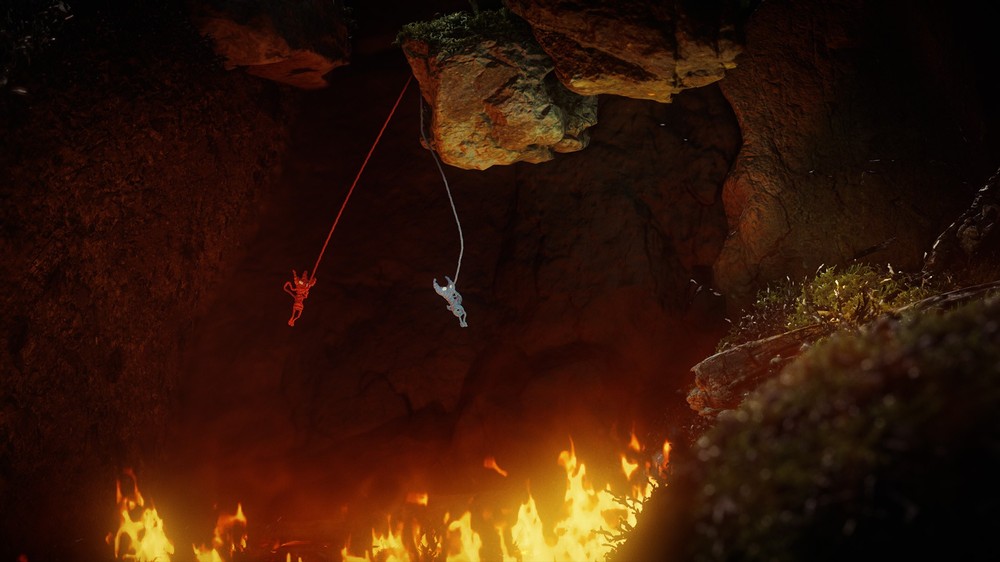 There are times however when moving each character independently is not the best option, particularly in speed areas. With the game being co-operative at its core this means that communication and timing are paramount. If one player feels a bit more confident in certain segments the other player can merge to make it through.  This makes Unravel Two the perfect game for parents to play and bond with their kids, as they can literally carry their child on their back in the tougher areas. There are a couple of features that can give players a bit of help including the ability to slow down time during complex platforming segments or auto grabbing. Players can even trigger hints if they are really stuck and all of these features can be toggled in the options.

I have to say that despite any minor issues I have making my way through Unravel Two the thing that kept drawing me in was the actual level designs. As I made my way through, not once did I feel that what I was encountering was out of place in an environmental sense. Both what is happening sometimes in the background and more importantly with your characters in the foreground are beautifully rendered. The background is mostly blurred, especially when outdoors allowing your eyes to focus on the actual player space, but even then there is plenty of detail there to make it believable. In the foreground the world is uncannily photorealistic in quality and completely believable in the way obstacles such as rocks, logs, pipes and rooftops are interacted with. Even things such as playground equipment looks and moves like their real-world counterparts. 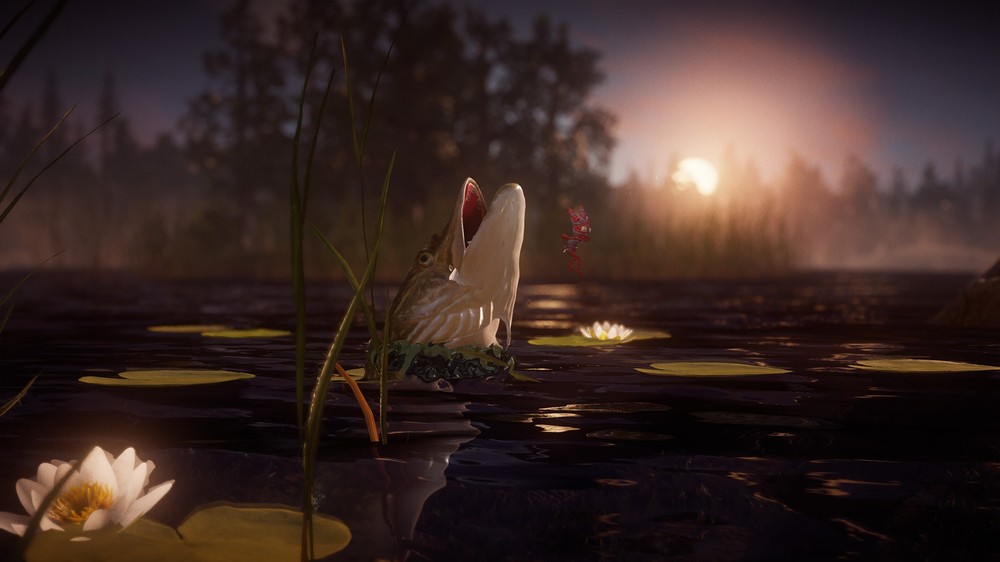 There is a sinister supernatural element to the game with these darkness/fire enemies, and they add a whole other element into Unravel Two’s story that isn’t wholly physical. They represent an almost parallel threat that the human kids that show up in the background face in the form of adults from time to time. Since you actually aid their survival at times from the player’s perspective there is a deeper form of storytelling and emotion that comes with each interaction.

Even as the story came to an end, I still don’t really know what the human kids’ plight really was but I felt that much like the player’s interactions it was more about the journey along the way than the ultimate goal. Of course once you take this trip to its conclusion there is still plenty for players to attempt. Hidden throughout each level, sometimes rather devilishly, are collectibles in the form of shimmering dandelions that you can gather. Each one completes a section of a painting you will see in the lighthouse, which serves as the game’s main hub world after you complete each level. Unravel Two does a really good job of letting you know how many collectibles you are missing in each level as well as other stats making it easy to replay levels for missed items. 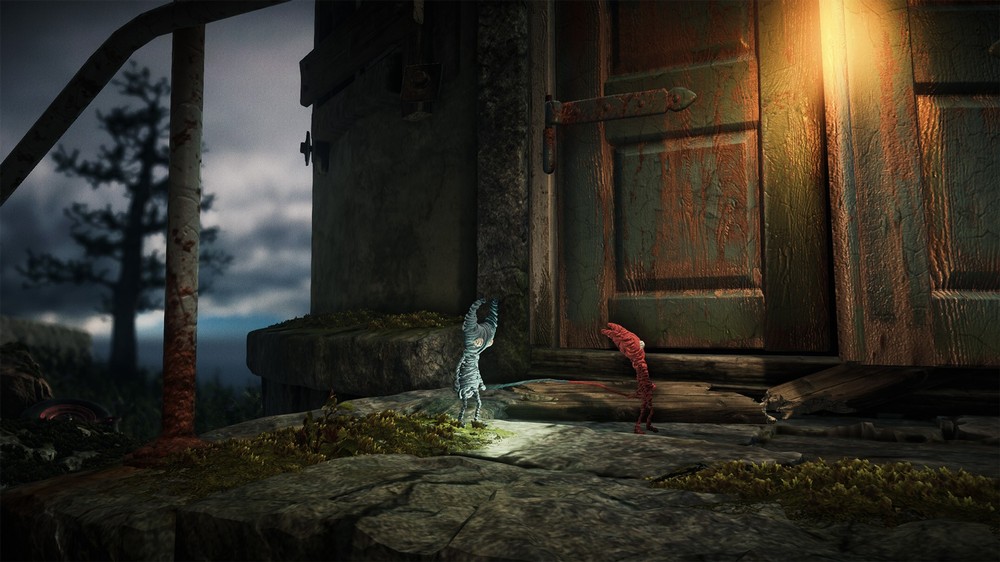 While the core game can be finished in 6-8 hours there is the added challenge of each chapter having medals that can be earned for completing them under different uninterrupted par times or without dying. While I did manage to beat a par time or two, I don’t consider myself good enough to finish without dying without loads of practice. There is also the matter of the challenge levels that unlock upon beating a story level. These optional levels are where players can earn some Yarny customization options to set themselves visually apart from other local players. The goal in these increasingly difficult levels is to rescue a trapped Yarny somewhere in the level. Again, I managed to complete a few, but I quickly found these to be best attempted with two people – they are really hard. Even without completing the Challenges players can customize each Yarny with a few basic head, eye and body options as well as their base color.

Even if you never really understand what the individual but seemingly parallel stories are in Unravel Two, what’s abundantly clear is its ambience and tone. This is a journey full of emotion from moments of racing tempos and heartbeats during the grouse chasing segment to more melancholic moments of despair. Much like the player’s timely maneuvers the score is meticulously on point with what is happening on screen. That final level though is something that gave me a sense of pure wonder and joy that I did not see coming that was unlike anything else I’ve experienced lately.

I can say that going into my review of Unravel Two that I didn’t really know what to expect. The experience that I left with was one of equal measures of joy, suspense, amazement and worry. To say that Unravel Two was a welcome surprise this year is an understatement, and it’s one that should not be missed out on. If you enjoy platforming with a unique take on cooperative puzzle-solving then you have to check out Unravel Two for PC today. 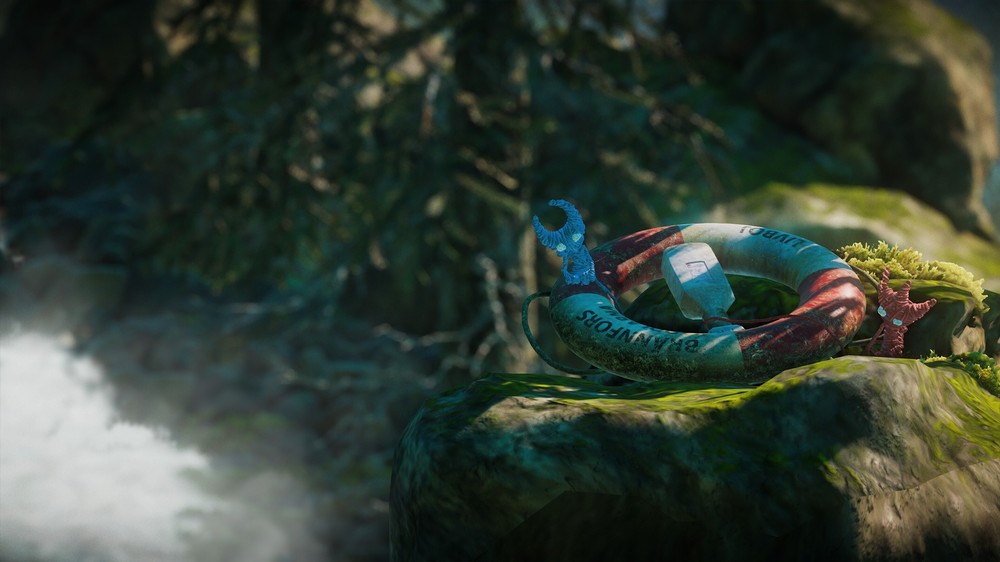 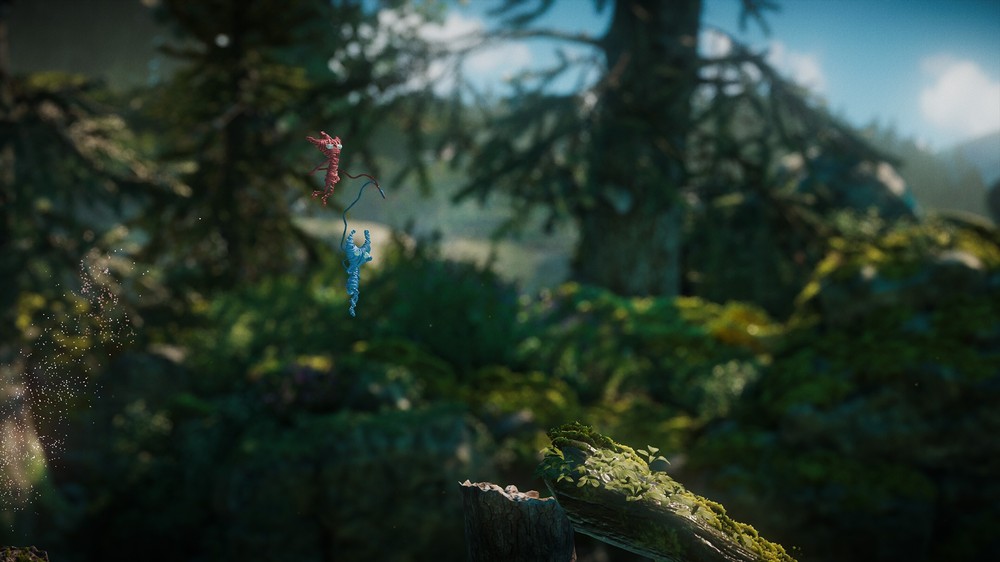 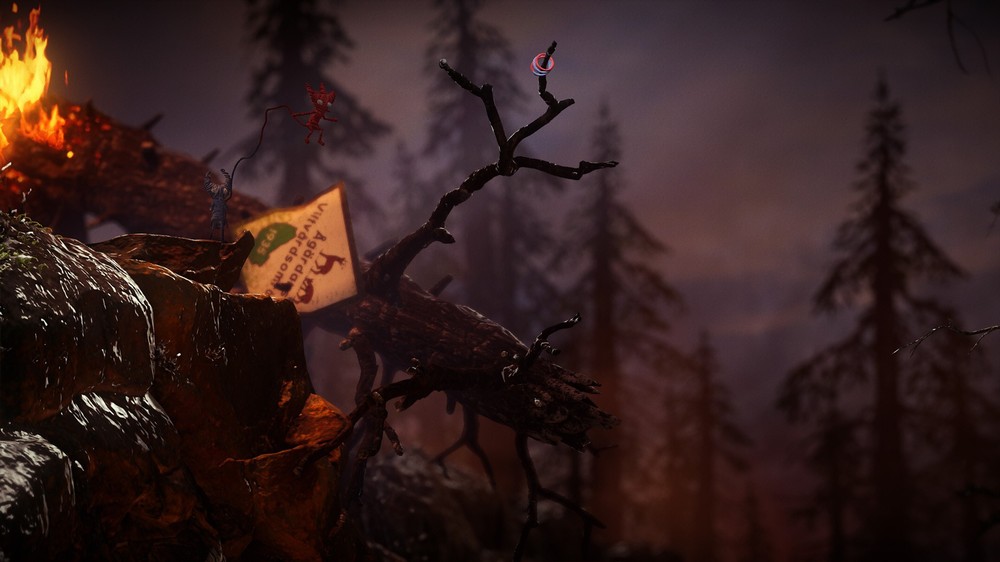 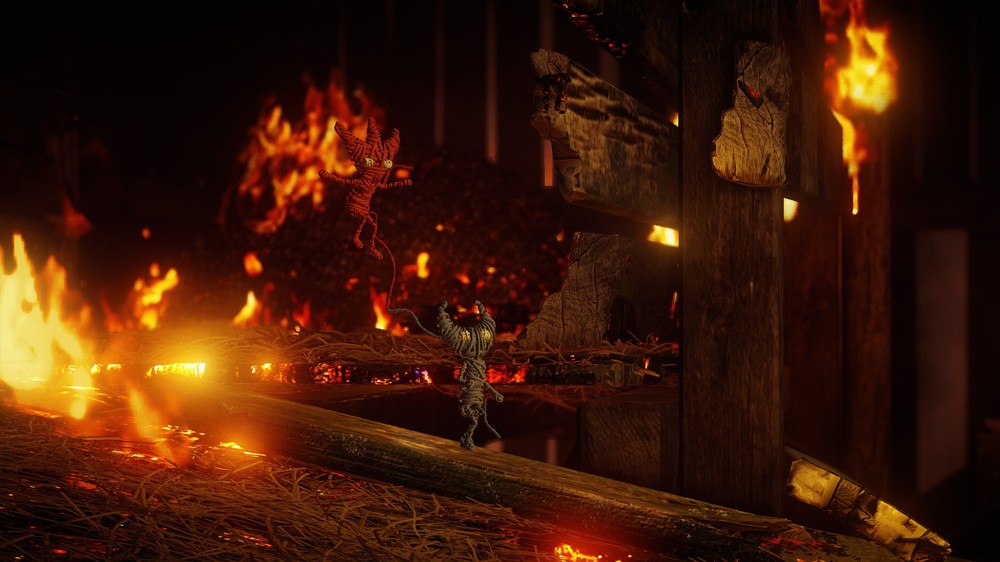 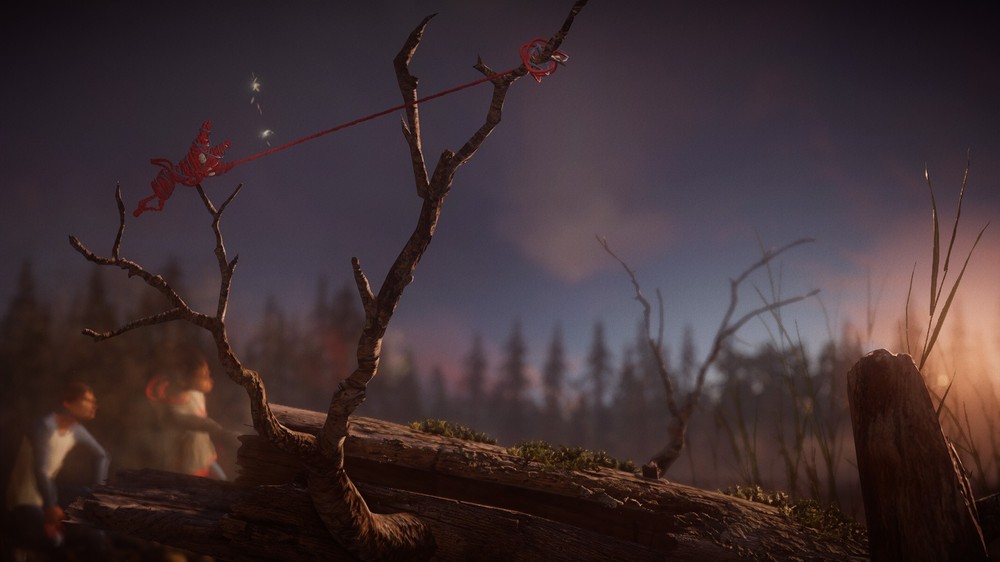 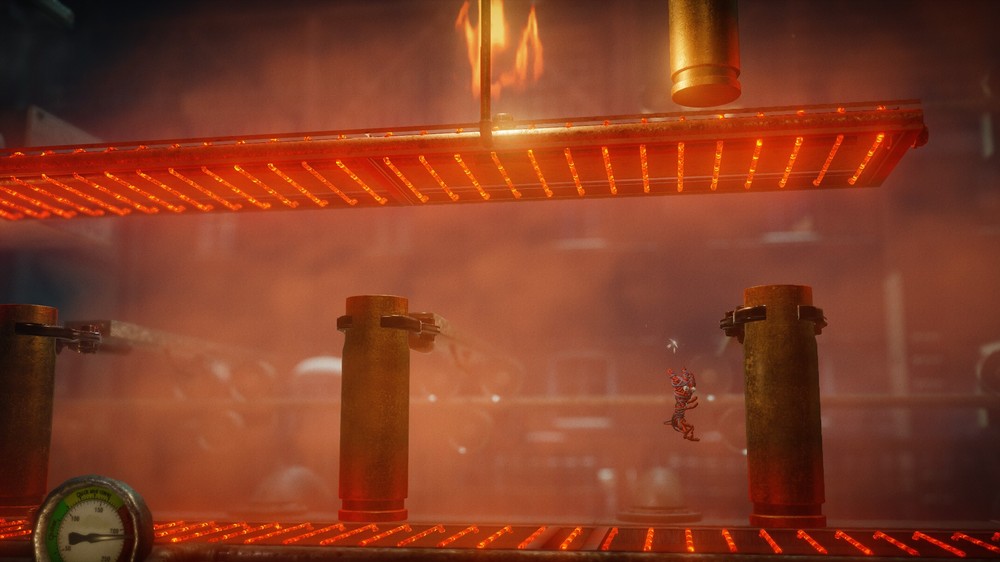 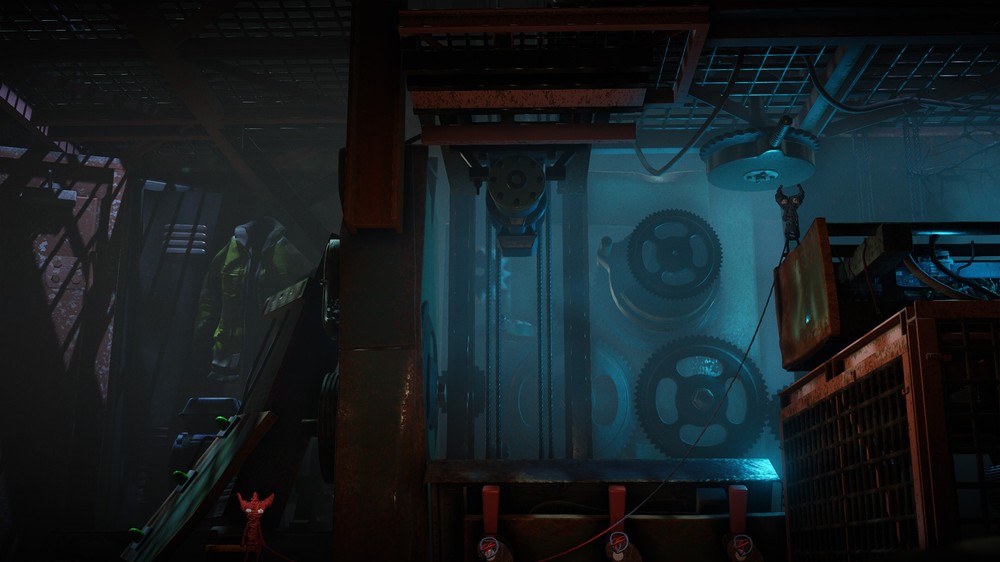 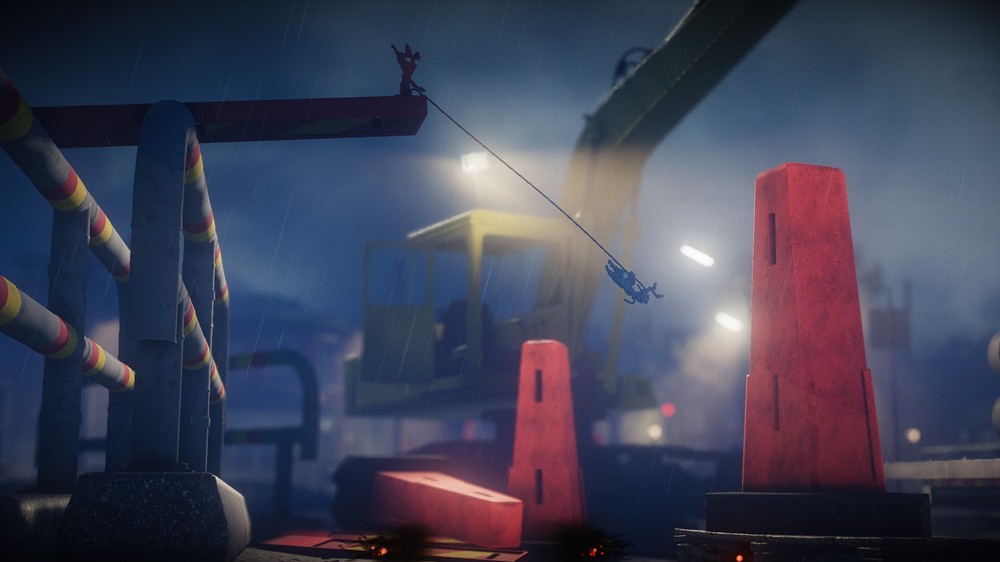