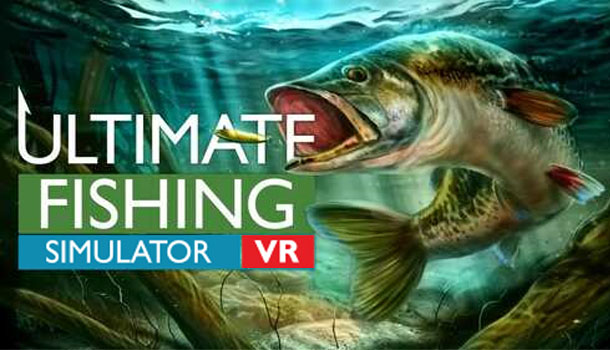 You won’t find a better simulation of the sport

The only thing more boring than a hunting game is a fishing game yet somehow those Cabela hunting games seem to remain eternally popular with their fan base and somehow Bit Golem actually made a fishing game fun…or at least more fun that actually fishing.   Originally released last year, Ultimate Fishing Simulator VR gets a one year update that takes the traditional PC game into the world of VR for even more immersion, but once you realize it’s nearly impossible to drink beer while wearing a VR headset you’ll be glad that VR isn’t required for this latest version.

Still in Early Access, Ultimate Fishing Simulator VR is definitely a work in progress, but the devs seem very active in the forums and new updates and patches are frequent, all working their way through an extensive roadmap of planned content. The fishing simulator is already looking to be a cash cow with new DLC fishing holes popping up at $5 each bringing back memories of all those golf course DLC’s in Tiger Woods PGA. There is loads of fishing gear, some of it licensed, not that I would know, and all sorts of fishing tackle, etc. that might actually attract real fishermen. 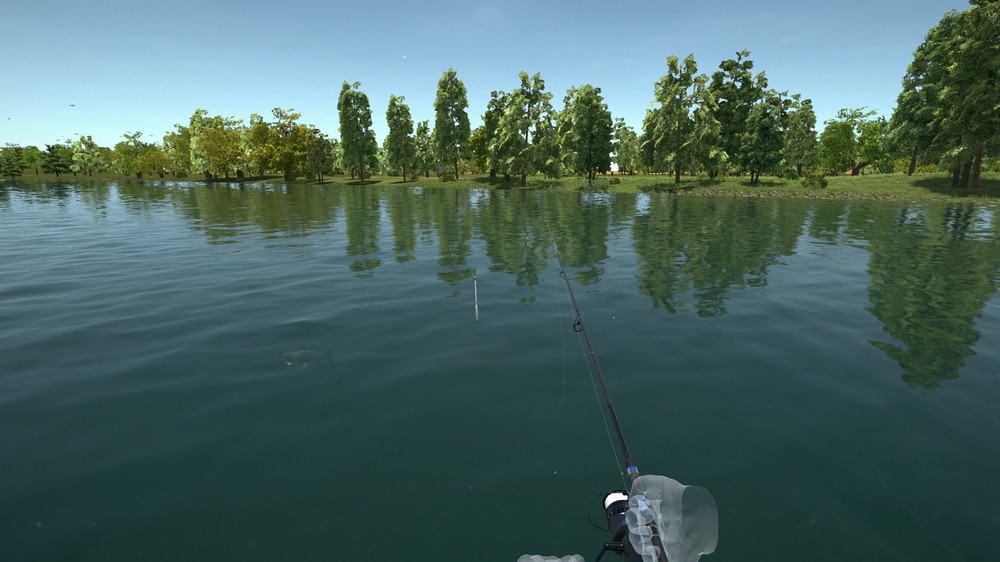 Straight up, I’m not a huge fishing fan; haven’t hooked a worm in 20+ years back when I went with my dad, so I might not fully understand all the work that went into making this ultra-realistic. It seems odd that the people who would appreciate this level of detail are likely the same people who would never play a video game and certainly wouldn’t own a VR headset. The list of features for Ultimate Fishing Simulator VR is massive, and rather than reprinting them here I’ll just cover a few of my favorites.

The graphics are surprisingly good for a VR game and not much was lost moving from a 4K monitor to my Oculus Rift. I enjoyed the scenery across all the fishing locations as well as the variable time of day and changing weather, but my favorite visual was the bait cam that takes you underwater so you can check out your baited hook as you jiggle it to attract any passing fish. My RTX2060 was able to run this game with everything set to high and shadows on medium. The underwater distortion effect was very cool and didn’t seem to affect performance. 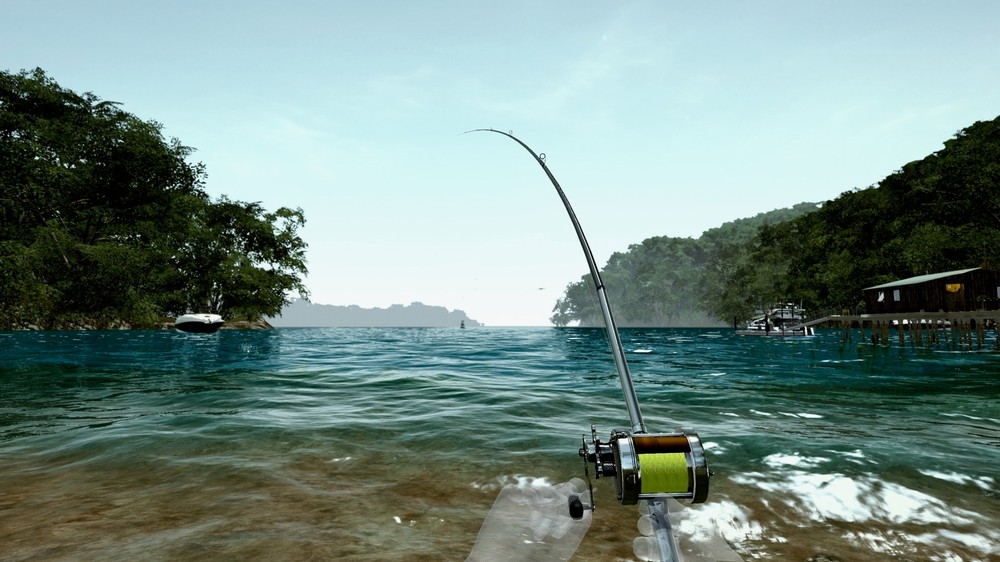 The game kicks off with an extensive tutorial that is strongly recommended. It not only teaches you the basics of fishing but how to fish in this particular video game and in VR. Ultimate Fishing Simulator VR supports multiplayer fishing with built-in chat along with tournament modes and even a trophy room to admire your catch. I dabbled with the online for only a few sessions but mostly stuck to fumbling around in the offline mode.

Using the Oculus Touch felt pretty good when casting my line and didn’t require any exaggerated movements. My issues with controls came with just about everything else. The buttons on the Touch were highly unresponsive, so I would be watching from the bait cam and when I saw a fish take interest I would try to revert to the normal view but the button wouldn’t register. I would have to hit it 2-3 times or really mash on it and by then the fish had escaped. Ultimate Fishing Simulator VR currently only supports right-handed players with your right hand permanently fixed to the pole, but rather than model your left hand you simply have a 3D model of the Touch controller, which feels and looks odd when trying to reel in your catch. Screenshots show a left hand so maybe Vive players get that; I didn’t. 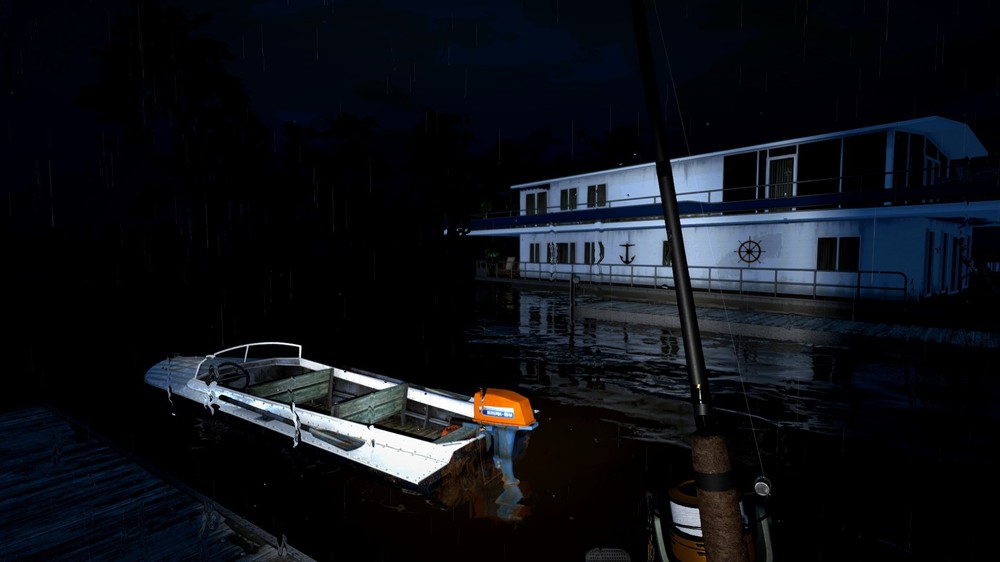 The game is great about teaching you all the facets of fishing with frequent pop-up tips to guide you while you play. There are plenty of fishing spots built into the core game and as mentioned, more you can buy. The game is packed with content and features, much of which is locked behind a progression system that hopefully incentivizes you to keep playing. Personally, I found the game almost as boring as the real sport of fishing, although things did seem to move along more rapidly and successfully in the game vs. reality. The multiplayer is a nice feature if you have friends who also have VR and want to use this as a virtual chat room or just want to challenge strangers in a tournament. There is also a difficulty setting so you can choose Normal (fun), and Realistic (boring).

Ultimate Fishing Simulator VR shows a lot of promise and the devs seem dedicated to check off all the items on that roadmap; it might just take a bit of time. I’m not entirely sure anything they have planned for the future will make this game any more fun or appealing for me, but those who enjoy fishing and want to enjoy the pastime on a computer or in VR won’t find a better simulation of the sport. 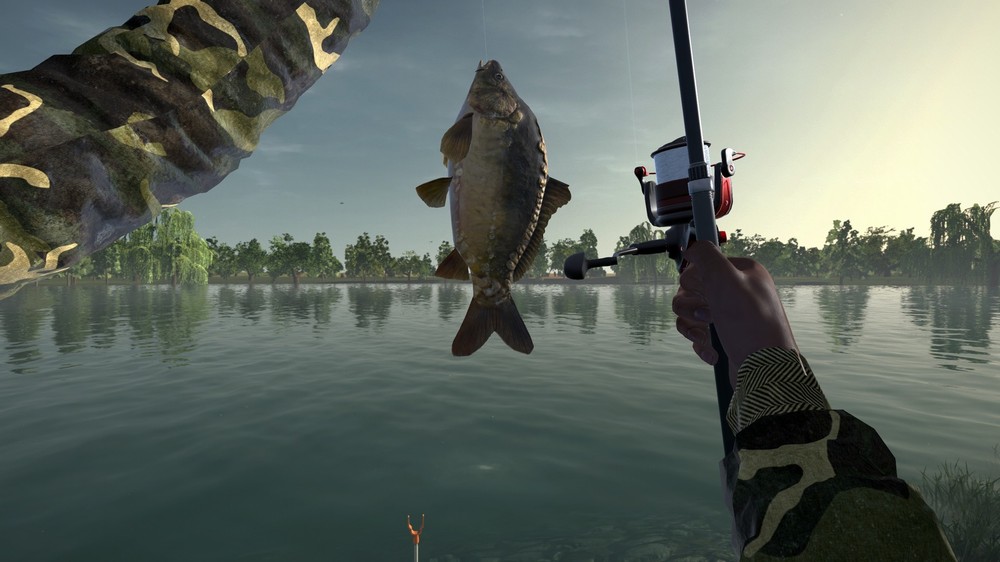 As always with our Early Access reviews, I’ll revisit this title when it officially releases and update the review and score if necessary. I am pretty excited about the ice fishing and using boats and my dad loves fly fishing, so he might be contributing to the review when that gets added. For now, I give the VR version a 3 and the screen version a 4, so I’ll split the difference for a final score of 3.5 and we’ll see what happens down the road. Happy fishing!