TT Isle of Man: Ride on the Edge 2 Review – Switch 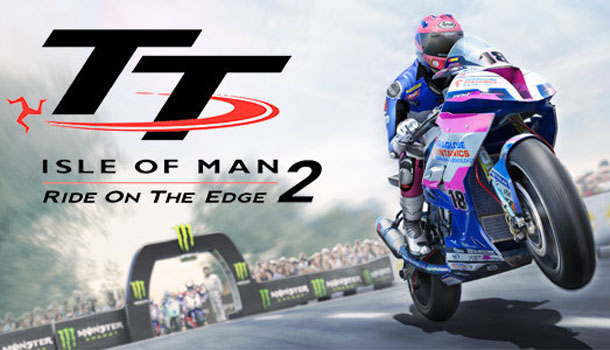 An excellent motorcycle racing simulation that barely functions on the Switch.

If you had told me at the start of 2020 that the game that would make me the most squeamish during the first six months of the year was a motorcycle racing game, I don’t think that I would have believed you. However, I can’t think of any other title that I have winced at as much as TT Isle of Man 2 on the Nintendo Switch, thanks to the multitude of crashes that I have inflicted on my avatar. I think it’s the cold harshness of the crashes, the complete lack of embellishment as bike and rider separate and fly through the air, with the bike ending up somewhere down the track, and the rider crumpled in a heap at the base of whatever solid object they hit last.

There have been comical crashes too, ones where I have managed to crawl my bike into a railing or some similar stationary object, and subsequently flopped to the ground, almost like a slow motion ragdoll, but it’s the more violent crashes that will stick with me long after Kylotonn Racing Games’ latest entry has come out of my gaming rotation. No matter the cause of the crash, though, I’m not ashamed to say that I spent a lot of time off of my bike, at least for my first couple of hours with TT Isle of Man 2, and I think that is almost the point of the game. This isn’t an experience where your hand is being held at each corner, and if you enter a turn incorrectly, you will soon know about it. However, with each race that you make a mistake in, you’ll learn not to make the same mistake again, and so the next time you’re on the track, you’ll race a little better. 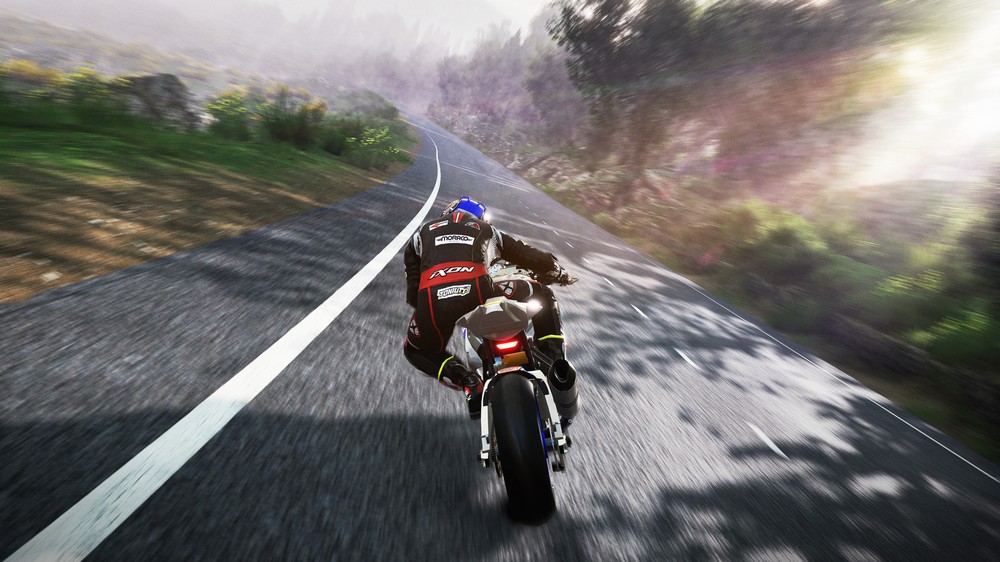 I found my first few races with TT Isle of Man 2 to be quite taxing, as I was coming off of my bike at almost every possible moment, and because of this, I was losing every race I entered by quite some distance. By the time I reached the end of my first career season though, I was climbing up the ranks, and I was able to make it round most courses without falling off more than a couple of times. In these later accidents, I could often tell that I had entered a curve too quickly before I left the track, and I could feel like I was learning how to get better each time. This is the mark of a good simulation, one where you can learn the ropes, the ins and outs of the experience, and you can put what you’ve learned to good use and make yourself better at the game. I could almost feel my brain clicking into gear every now and then as I learned a new trick, and I think my racing ability within TT Isle of Man 2 now is near unrecognizable from when I first started playing.

The career mode is where a lot of the focus of the game lies, and it’s here that players will likely spend the majority of their time. Races are spread over a calendar year, and are broken into Easy, Medium and Hard, with the difficulties dictating not just the abilities of your fellow riders, but often coinciding with the length of the races themselves. For the easier races, runtimes are usually between ten and fifteen minutes, but as you make your way up the rankings, it can be common to be in a race that takes about half-an-hour to finish. At the end of the season, if you perform well enough in the preceding races, you can qualify for the titular Isle of Man TT race, which will take riders approximately a couple of hours to finish, judging by the distances involved. 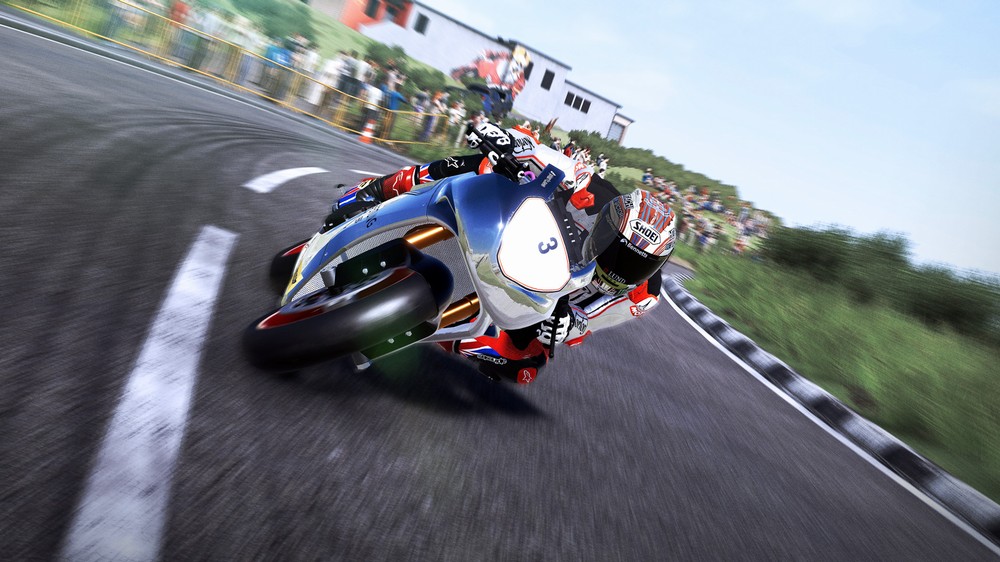 To really get into the career mode, though, I found that I first had to overcome some uninspiring first impressions, mainly due to the fact that I was playing a Switch copy of the game. Loading times for each race are fairly lengthy, and once you get into an event, the visuals can be described as ropey at best, with spectators that look like they have been poorly carved out of wood and scenery that doesn’t even give a hint of being in 3D. Once you’re travelling past these views at speed, though, this doesn’t really matter anymore, and there are some courses and certain sections of track that are quite pleasant to ride on, with a good use of color and a decent sense of traveling at a high velocity.

A lot of the events, at least early on, take the form of time trials where you’re often racing by yourself, with a likely maximum of one or two other riders on screen at any one point. Despite this, I still found that there are certain areas of the game that caused the framerate to drop significantly, and it began to feel like the game was struggling to keep up. This isn’t ideal at the best of times, but when you’re speeding down a narrow course filled with twists and turns, any slight delay to your inputs can be crucial. It seems to be that the faster you go, and the wider the current vista you’re observing, the worse the game performs, and when you start to add in the races where groups of riders begin the race at the same time, you start to run into some serious performance issues. In a racing game, this isn’t really acceptable, and there were numerous instances where I lost out on a better position come the end of the race because of these problems. 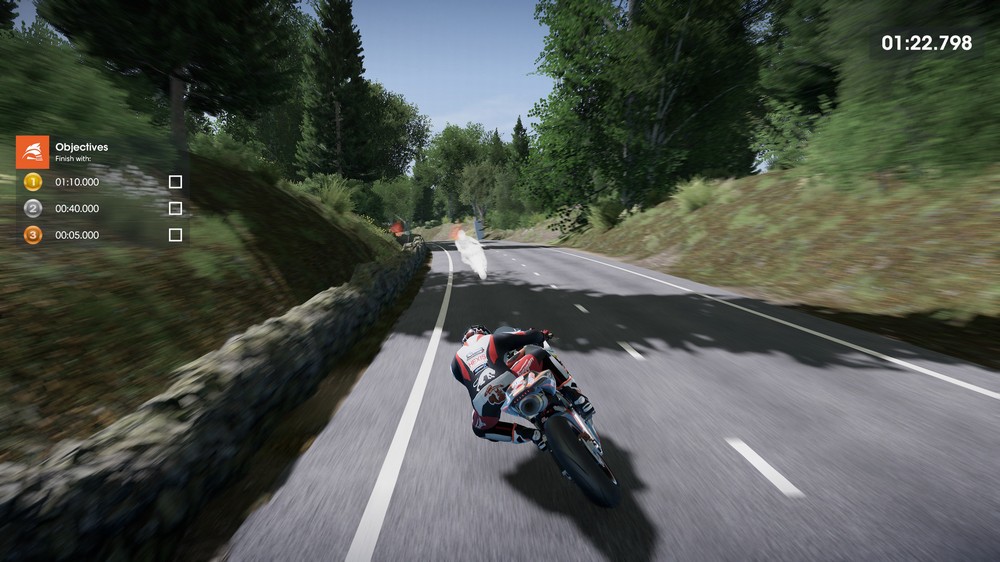 It’s these issues with TT Isle of Man 2 that make this such a difficult review to write, as I genuinely enjoyed the game otherwise. It’s not an easy, pick-up-and-play experience, but it is one that rewards perseverance and a willingness to learn from your mistakes, which results in greater rewards once you can feel yourself getting better. However, the fact that the game can barely function when it’s attempting to execute its basic function is alarming, and though it isn’t widespread enough to make the game unplayable, it happens with enough frequency to make it a valid concern, and to advise people to stay away until the problem is potentially patched. This is a real shame, as TT Isle of Man 2 is otherwise an excellent motorcycle racing simulation, in a time where there aren’t many of those on the market. This can best be described as a case of buyer beware, as your potential purchase will likely reward you with an enjoyable time, but at the cost of playing what is currently a broken experience.