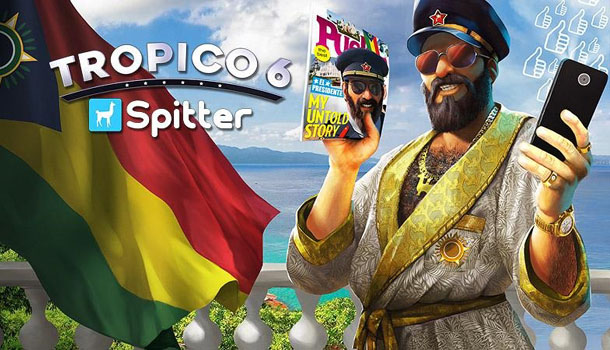 Compounds the problems from the base game rather than adding any meaningful content.

It’s fair to say that my relationship with Tropico 6 has blown hot and cold since it released in March 2019. I put the game down quite soon after launch, frustrated by fiddly controls, performance issues and a set of menus that presented too much information without telling you anything particularly useful. However, with the release of each piece of downloadable content, first The Llama of Wall Street and now Spitter, I return to the game with hope that the new developers have discovered the magic formula that made the previous games such fun.

With Spitter, Limbic Entertainment have brought celebrities and social media to Tropico, because one cult of personality seemingly wasn’t enough for your small archipelago. There’s an increased focus on tourism geared towards the well-off and super rich, and the new mission that is included within the DLC walks you through the new features, mechanics and buildings that will allow you to encourage the rich and famous to visit, and even live, on your island. Once there, they will post on the titular Spitter, spouting their opinions which you, as El Presidente, can either agree or disagree with. 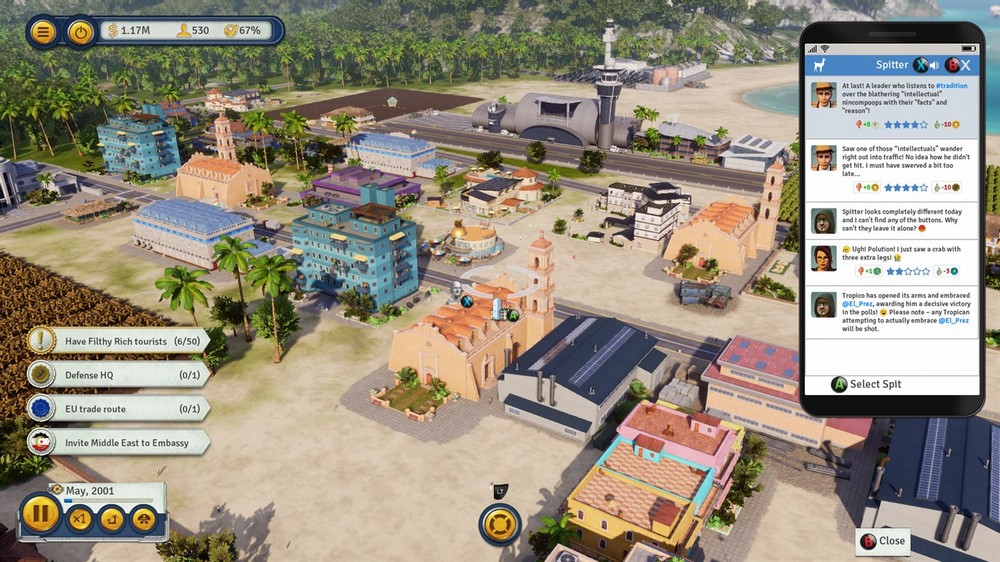 As an addition to the game, Spitter the gameplay mechanic acts almost as a microcosm of Spitter the DLC package. Responding to celebrities boils down to a binary choice, selecting one of two options that will please once faction but damage your relationship with another. The addition feels at home in Tropico 6, acting thematically and mechanically similar to what was present in the base package, but this DLC also feels largely inessential, and I don’t think that you would miss it if it wasn’t there. Spitter feels like DLC for the sake of releasing something, seemingly with no objective of adding anything meaningful to the game or changing up the mechanics in any significant manner.

There’s a similar lack of impact with the other additions included within Spitter. There are three new buildings, in the form of a Rehab Center, Beauty Farm and Super Villa, each bringing a certain bonus to your islands, but they don’t introduce anything new and end up feeling anonymous as a result. Even the celebrities, the main focus of this DLC, only exist to serve as either a set of passive bonuses or a relationship modifier, and for the majority of the time you can easily forget that they’re even around. 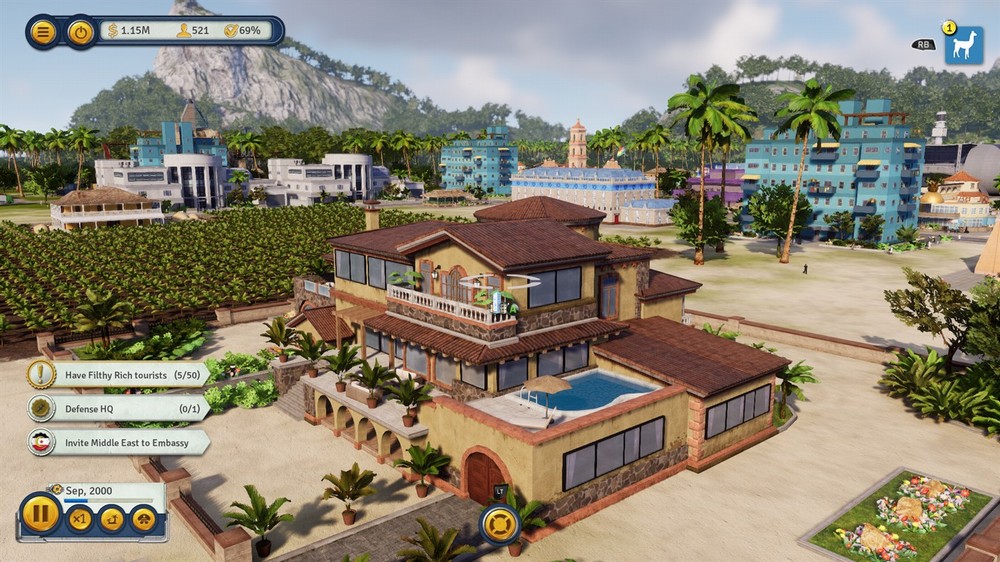 At this point, extra DLC for Tropico 6 seems to be compounding the problems that the base game has, rather than adding meaningful content changes that make the experience an attractive prospect to return to. Spitter adds yet another menu to further clutter your interaction wheel, and the new buildings are either buried within construction menus or push other buildings deeper into ever more submenus that are starting to require more and more button presses to access. At its heart, Tropico 6 is a fiddly mess, and additions such as Spitter only feel like they’re making the problem worse. This would be more forgivable if the additions felt worthwhile, or were especially enjoyable, but Spitter feels entirely skippable and almost works to the detriment of what came before.

I wouldn’t feel comfortable recommending Spitter to anyone but the most ardent of Tropico 6 fan, and if you’re at all interested in picking up the game, I would strongly recommend waiting to see if a version is released at some point in the future with all of the DLC included, as there isn’t enough here to advise picking each new addition up piecemeal. At the back of my mind, there’s still a spark of belief that maybe next time everything will come together and I’ll be able to recommend Tropico 6 wholeheartedly, but for now the game goes back on my shelf, ready to be pulled out again next time there’s a reason to hope. 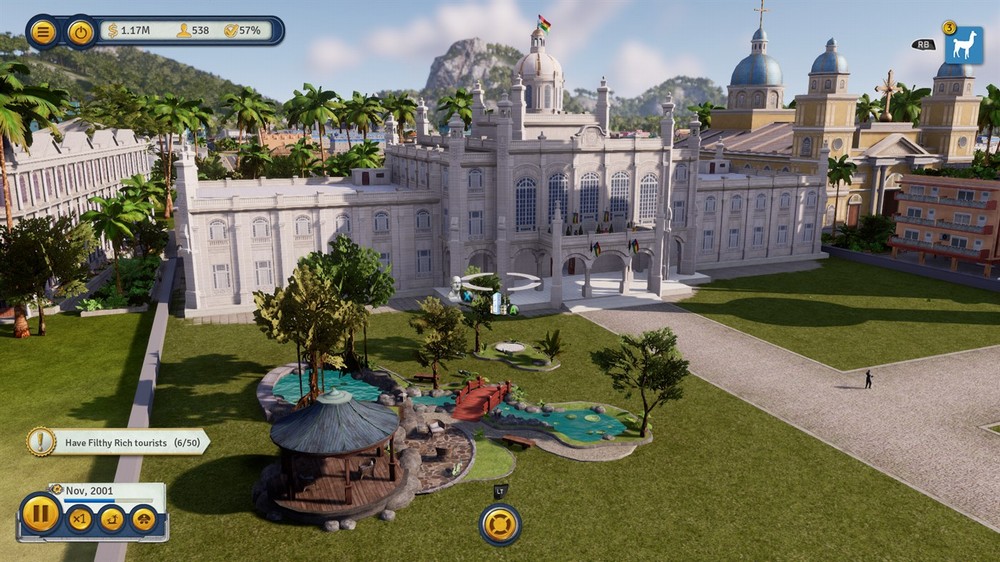