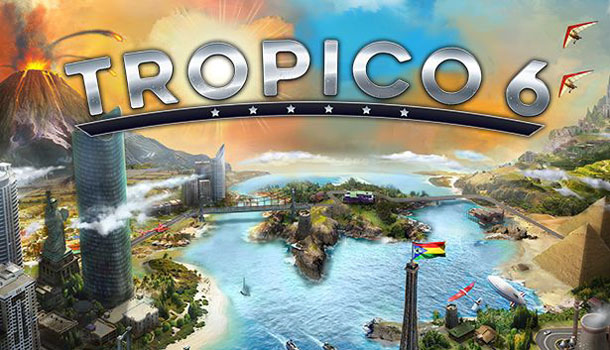 Look almost identical to the last game only clunkier, less intuitive, and it’s not as user-friendly if you’re playing with a controller.

Back in the days when I used to have the time and energy to keep up with the requirements of being a PC gamer, I used to love sitting down in front of an RTS or City Builder and losing a whole weekend to the pursuit of civic glory. Now, with a full-time job and other commitments, the ability to put a disc in a console drive and know that it will just work is far more appealing than fiddling with graphical sliders in an attempt to maximize both performance and visual fidelity, but it does mean that the spread of City Builders available to me has significantly diminished. Fortunately, a few series, such as Tropico, exist to scratch that itch for console gamers, and so I keep a keen eye on each title that is released as part of that tropical island management simulator.

Tropico 6 is the latest game to release in the series, and marks the first time that Limbic Entertainment have taken the development reins, with the German developer taking over from Haemimont Games, who worked on Tropico 3, 4 and 5. A change in developer can often go one of two ways, either breathing new life into a series, or not quite capturing the magic that previously made a game so beloved, and in the case of Tropico 6, the result that Limbic Entertainment has achieved can best be summed up as a little bit of both. There’s a lot to love here for fans of the series, but it would be a lie to say that there haven’t been changes, with Tropico 6 feeling different for reasons that it can be difficult to put your finger on. 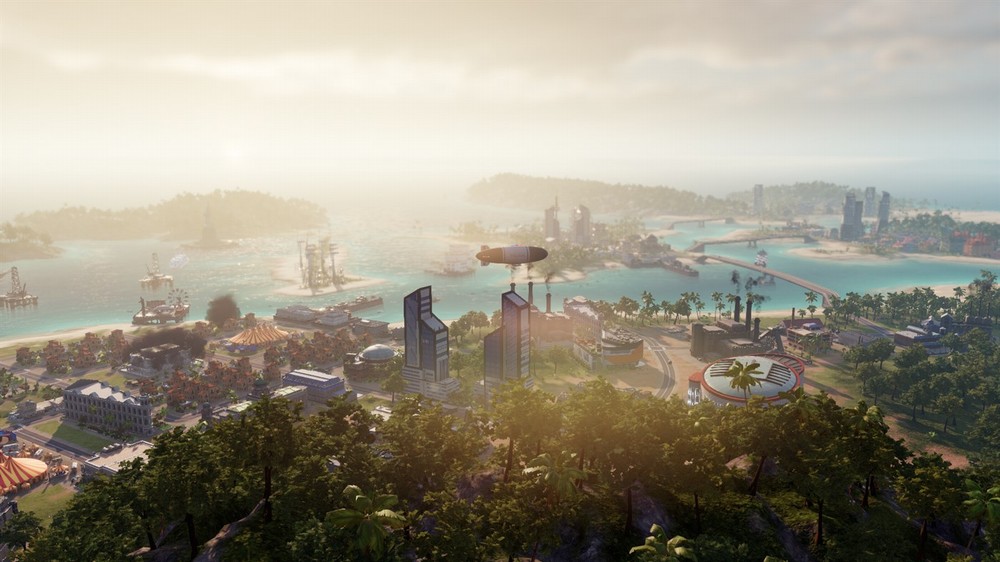 The first thing to note, which will be of reassurance to fans, is that the familiar Tropico charm and sense of lampooning is present, and it feels like the humor is a little bit sharper than we’ve seen before. However, that may be because of current events allowing the game to feel a little more reflective of the real-world than previous entries have been allowed, but whether that can be portrayed as a positive or not is certainly debatable. As usual, you’re accompanied by your trusty sidekick Penultimo, and there’s the usual layer of humor attempting to cover the fact that you are often exploiting your citizens and subjecting them to some horrific living conditions in the pursuit of a few extra dollars, or to please your foreign allies.

These allies seem to play a larger part in the events of Tropico 6, which feels like (at least through the single-player missions) it has more of a focus on delivering a narrative experience than previous titles. There are fifteen missions in total, with some unlocking as you complete others, and each focuses on particular aspects of the game’s mechanics, such as exporting goods, propaganda or building up a haven for criminals. Once you’ve met each of your objectives you’re offered the option of continuing with your current mission in a free-play environment or returning to the main menu to try another task, but it definitely feels like Tropico 6 is attempting to create a tighter experience that guides the player a little more than has been seen previously. While this does mean that you often have a good sense of what you need to do to succeed in a level, it also means that there’s often only a single avenue of victory, which means that you have to restrict your playstyle to match the objectives, which I personally felt removed a little bit of the fun. 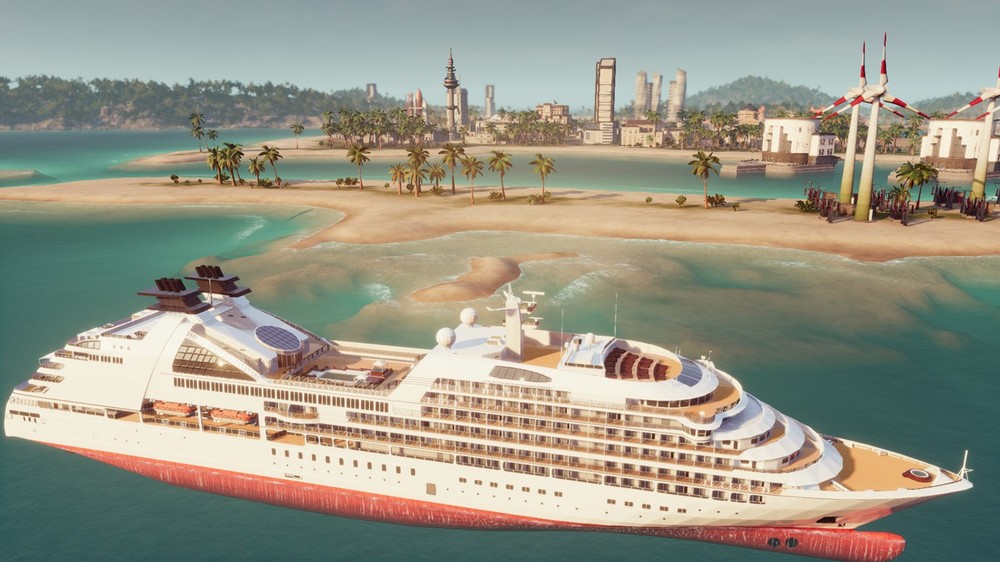 In terms of gameplay, the major change that Tropico 6 brings to the table is the fact that instead of managing one single island, you are now in control of an archipelago, with multiple landmasses under your control. This means that you have to be aware of transport routes between islands, be they boats or bridges, and the impact that this can have on travel time for resources and production necessities. You can have the option of assigning one island for agriculture and another for industry, but it’s often worth mixing the two to minimize the distance that resources will need to travel. Regardless, you’ll rarely have enough space to build everything that you need on a particular island, which means that you’ll frequently be zipping from one island to another, making sure that each has what it needs to be valuable to you.

I’m not sure if it was this from the inclusion of extra islands, or from another reason, but I found that Tropico 6 frequently suffered from bouts of slowdown, many of which only lasted a couple of seconds, but were common enough to become noticeable and almost predictable. Thankfully, moving around your islands with the controller is fairly straightforward, but the fact that it feels like your game is getting hung up every few minutes is a bit of a pain. I’ve been playing on the Xbox One X in performance mode as well, so this shouldn’t really be an issue. There is a 4K graphics mode as well, but after turning that on it felt like I was moving through treacle, so I retreated to the relative zippiness of performance mode. 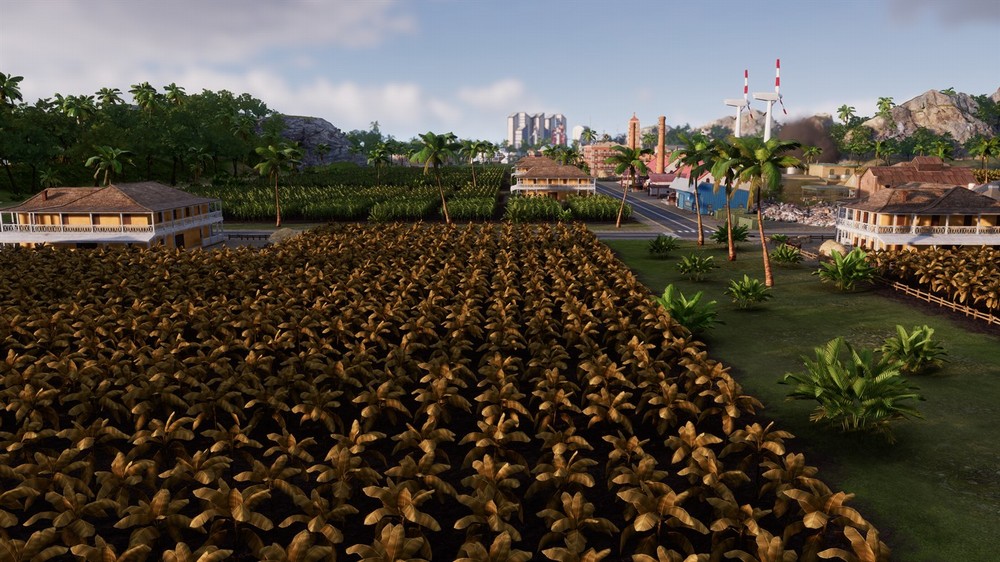 Though the Tropico series is well known for its often-excellent use of the controller as a viable option, I found that Tropico 6 often stretched the boundaries for how a controller can be used in a game of this type. There are a lot of menus and sub-menus, and a fair few of these aren’t particularly intuitive to use, and I often had to struggle to first figure out where there information that I needed was, and then how to use the controller to navigate to the correct area of the page to manipulate it in the way that I wanted. Tropico 6 feels like it has a heavier focus on the minutiae of government than previous games in the series, and it felt like trying to balance my budget and negotiate trade deals was a lot clunkier and less user-friendly than my previous experience with Tropico games.

Tropico 6 feels a lot more like a PC game crammed into a console than previous games have done, and this is partly the reason why this entry seems to lack a little bit of the magic that made me look forward to sitting down on the couch and set a tropical islands to rights. Even before I was aware that this was a new developer, I was wondering why Tropico 6 felt a little different, and though aesthetically it looks a lot like what we’ve seen before, there’s something in the atmosphere of the game, and something under the hood, that makes Tropico 6 feel like a little bit a step backwards for the series. That’s not to say that Tropico 6 isn’t enjoyable, but more that the charm wears off a little quicker than I’m used to, and that frustrations began to kick in that little bit quicker.

It’s a strange feeling, because on the surface, Tropico 6 looks almost identical to Tropico 5, just with a shinier coat of paint. Often, this will be a negative for games, as too much of the same thing can be a bit of a drag, but in the case of City Builders, a few new units and a new focus can make a game feel entirely different. Unfortunately, Tropico 6 may look the same, but it feels different, and not in a good way. It’s clunkier, it’s less intuitive, and it’s not as user-friendly if you’re playing with a controller. There is, however, a ton of content on offer, and some interesting scenarios to play through, but I found that I didn’t enjoy myself as much as I had with previous games in the series, and that the charm and humor on offer weren’t enough to cover the cracks that had begun to appear. This may well be entirely subjective, but I’d much rather return to a previous game in the series before playing Tropico 6. Hopefully that will change with the potential release of any expansion packs, but for now I would approach Tropico 6 with a little bit of caution. 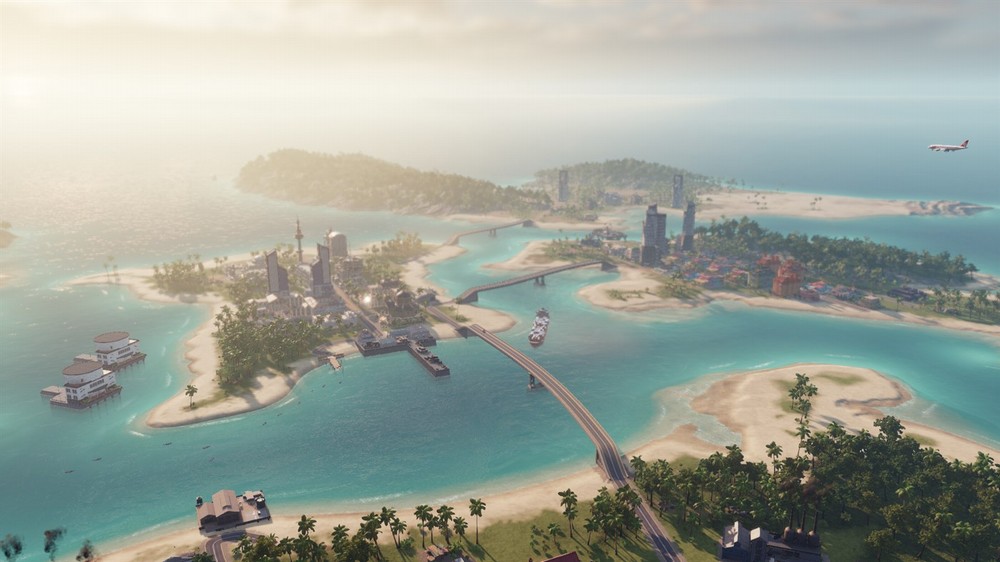 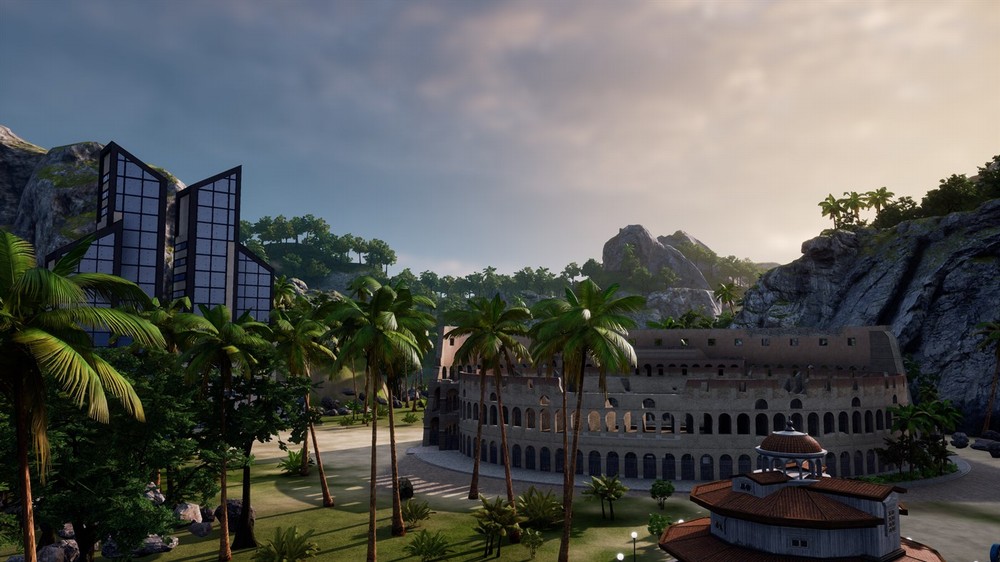 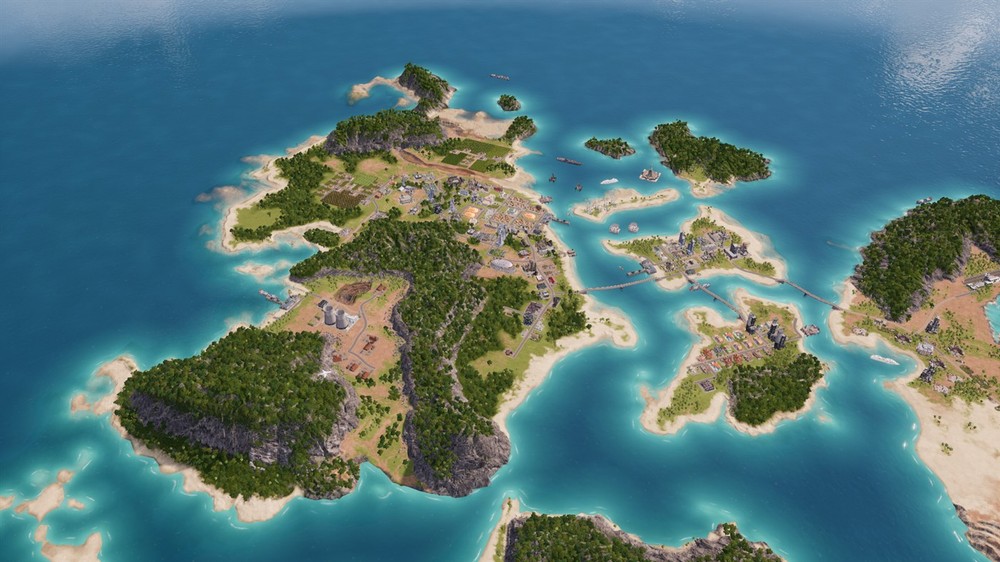 1, cooperative and competitive multiplayer for up to 4 players.