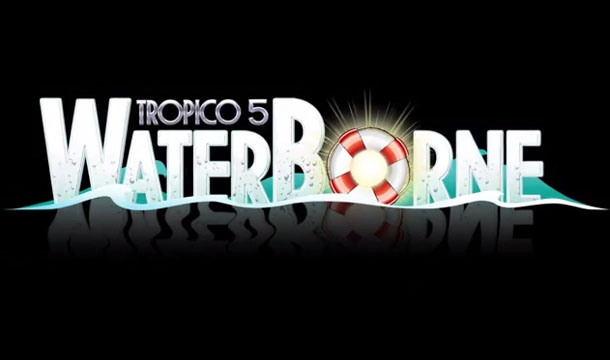 Experience isn’t all that different from the main game

Waterborne is a worthwhile purchase for fans of the core game.

For a game focused on building and managing an island nation, it’s strange that Tropico 5 offered only a handful of options designed to exploit the resources contained within the water surrounding each island. The new Waterborne DLC rectifies this somewhat by providing a new selection of water-focused construction options, as well as a new set of story-driven scenarios for players to sink their teeth into. 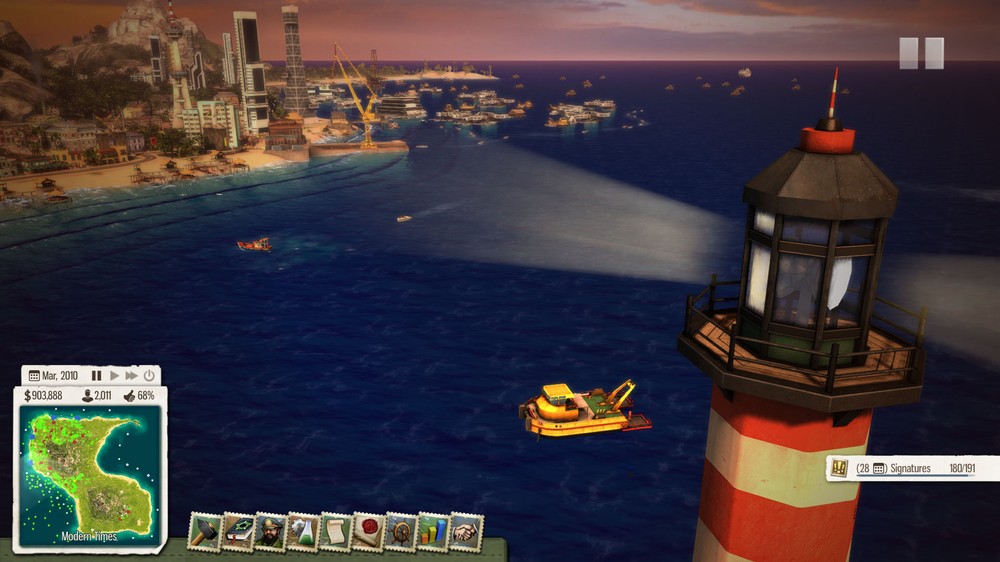 Waterborne doesn’t really go any way to revolutionizing the gameplay of the core Tropico 5 experience, but instead offers a number of new ways for players to expand their islands into the sea, including farms, apartments, offices and even military options. Whilst the changes aren’t drastic, the nature of Tropico 5’s management simulation gameplay means that the DLC experience on offer here lasts a lot longer than your typical ten-dollar 2-hour experience, mainly due to the new scenarios on offer.

Without trying to spoil too much of what makes the new ‘Lord of the Pearl’ campaign so humorous and enjoyable, El Presidente spends much of the campaign looking for the mystical Black Pearl, losing it to minions of Cthulu, creating a hole in the ocean floor, and then seeking to increase ocean temperatures through global warming to melt the icecaps and stop the ocean disappearing entirely. Waterborne certainly continues the Tropico series’ tradition of a mischievous sense of humour and entertaining characters, that prevent what could otherwise be a rather depressing experience from becoming too dark. 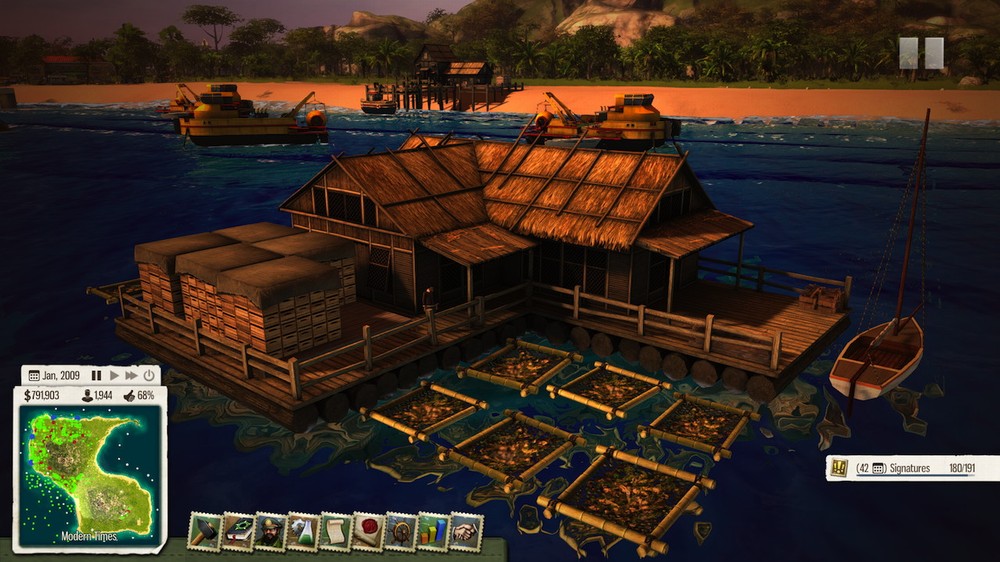 In terms of new buildings included within the expansion, the one players will likely get the most use out of is the Oyster Farm, which is one of the first buildings unlocked. These farms allow the harvesting of pearls, which can either be exported for a high amount, or processed in your jewelry factories. Also included are fishing trawlers, smuggler’s docks, glass bottom restaurants, floating apartments, and even a nuclear submarine for those more interested in the military side of life. None of these buildings really offer an entirely unique purpose, but like the expansion itself, instead offers a slightly different way of doing things already available to the player.

The Waterborne DLC doesn’t offer a drastic overhaul of Tropico 5’s core gameplay, but instead slots in as a nice addition to what was already included. What’s more, the additions make sense within the world of Tropico and expand on what was already a fairly substantial and enjoyable experience. With six new missions, nine new building options and a focus on an area of island geography that was previously neglected, Waterborne is a worthwhile purchase for fans of Tropico 5 that are looking for an excuse to get back into island management. 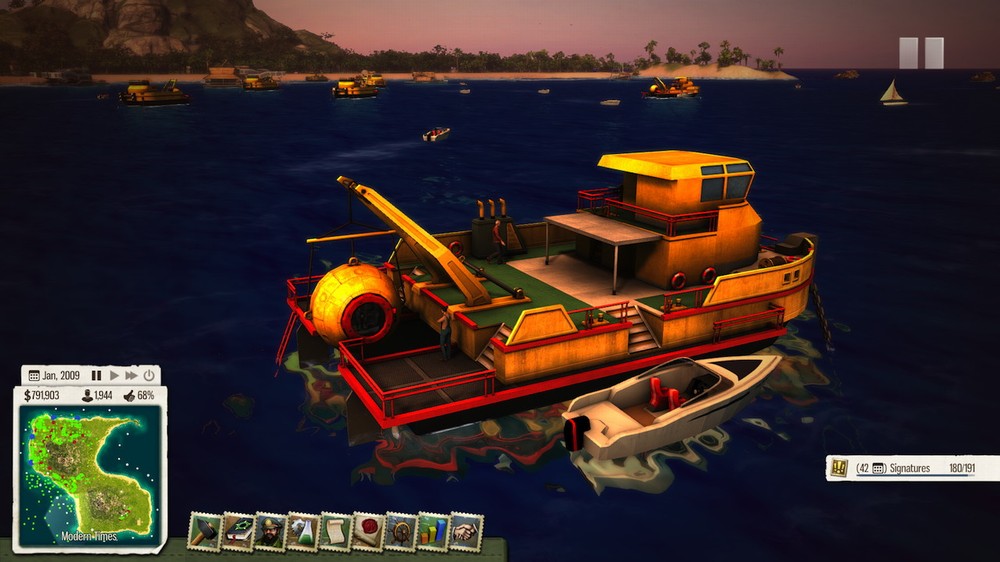 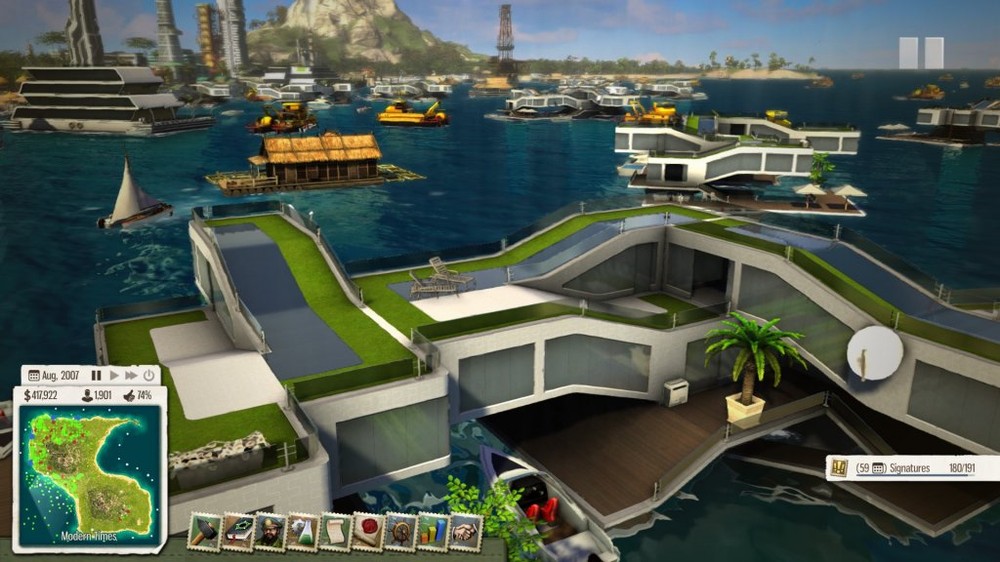