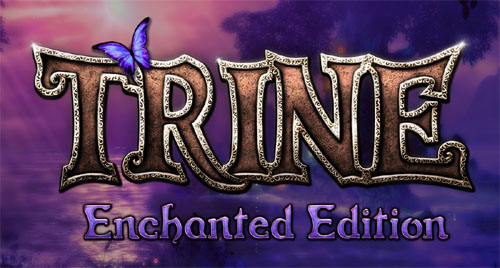 Six years old
A bit too frantic at times.

I am a long-time fan of the Trine series of side-scrolling puzzle games, dating back to the original 2009 release, the 2011 PS3 release Trine 2 and its 2013 expanded re-release Trine 2: The Complete Story for the PS4. I half-expected the Finnish franchise originators Frozenbyte would be announcing a release date on the third in the series sometime soon, but instead have chosen to give their The Complete Story treatment to the original Trine title with Trine: Enchanted Edition.

The thought of replaying a six year-old game over four years after its own sequel has already been released, and nearly eighteen months after the sequel saw its own re-release, might not sound all that appealing to most gamers.  But don’t be fooled, Trine: The Enchanted Edition might be a bit long in the tooth, but it definitely does not show its age.

Enchanted Edition has been completely revamped using Frozenbyte’s proprietary graphics engine originally developed for Trine 2, rendering Enchanted Edition capable of dishing out fantasy-themed visuals at a stunning 60fps and in full 1080p.  The result is a spectacular visual improvement that truly adds new dimension to the already-ethereal 2.5D side-scrolling puzzler. 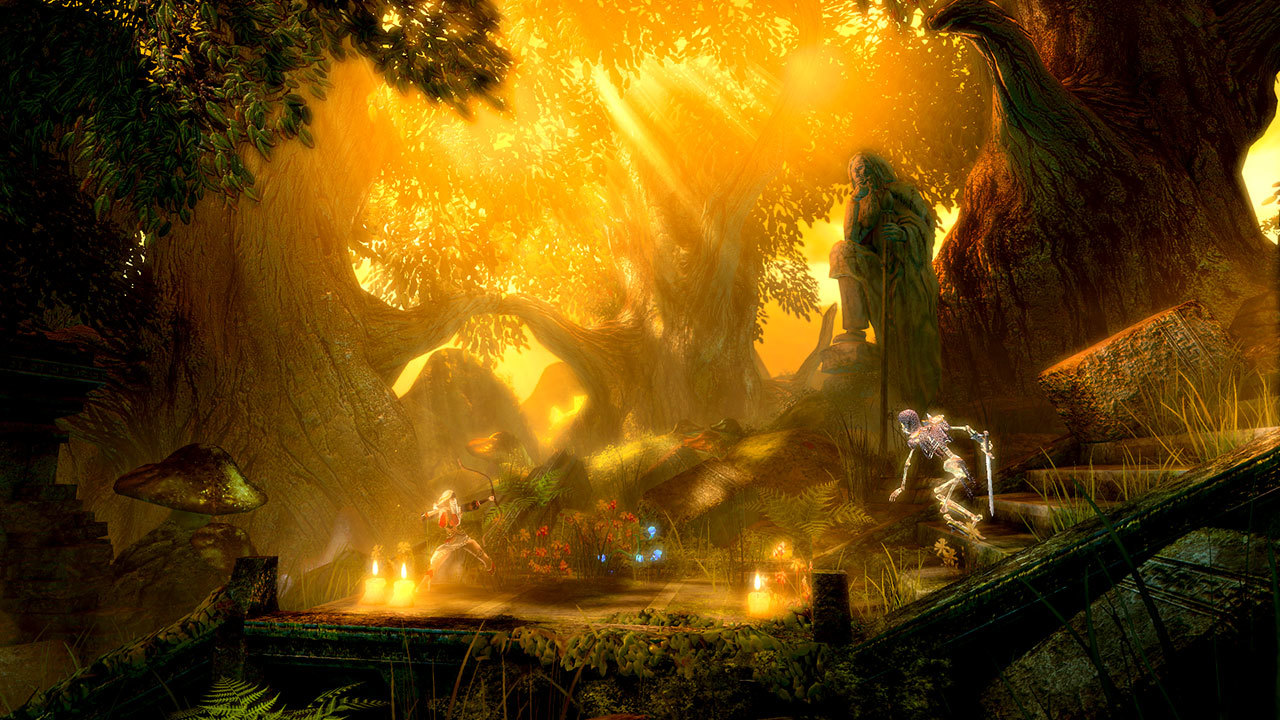 The game follows the story of three characters – Pontius the Knight, Zoya the Thief, and Amadeus the Magician – who inhabit a world overcome by an army of undead.  Each character is drawn to the Shrine of Ancient Treasure housed in the grand Astral Academy.  The trio simultaneously touches a magical artifact called the Trine, the power of which causes their souls to be bound together.

The three learn that their souls can be released only after finding and reuniting three additional artifacts – representing the soul, mind, and body – each of which is protected by a great and powerful guardian.  The trio must navigate through their land defeating countless undead soldiers, all while searching out the missing artifacts.

Each character has unique abilities and powers that must be employed to successfully traverse the numerous puzzle-laden stages.  For example, the Zoya the Thief has a grappling hook that allows her to safely cross large pitfalls and a bow that allows her to take out foes at range and to remotely trigger switches.  Amadeus the Magician has the ability cast spell to either move objects or to conjure boxes and planks that are used to weight levers and/or provide climbable platforms.  Pontius is more of a defensive character – his shield providing protection from incoming attacks and his sword doling out brutal blows to stop the advancing undead in their tracks. 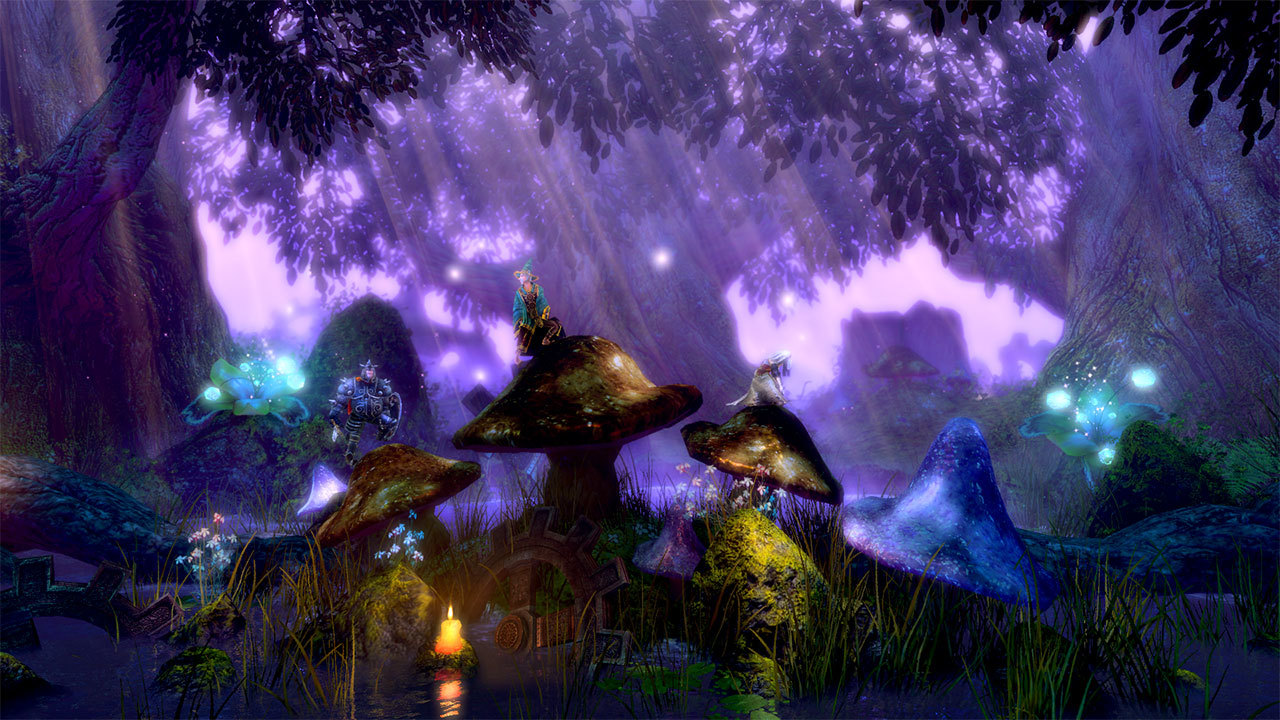 Success requires the cooperative efforts of each of the characters and their respective abilities, with gamers freely cycling between the three – triggering switches, casting spells, and defending against the advancing hoards.  The single-player gameplay mechanic is a frantic, but satisfying, but by far the greatest enjoyment comes from playing with friends, which is supported for up to three players via local multiplayer, online multiplayer, or mixed local/online multiplayer.

The most appealing feature of Enchanted Edition (or any Trine game for that matter) is the freedom the game allows for completing any given puzzle – there is always more than one way to achieve success.  This freedom in methodology adds a feeling of variety and freshness to the gameplay, even upon replay.

Trine: Enchanted Edition might be over six years old, but Frozenbyte has done wonders to make the game look and feel every bit like a current release.   At an MSRP of $15, the pricing might seem a bit steep at first, but given the stunning presentation, the varied gameplay, and the bevy of multiplayer options the price is more than justified. 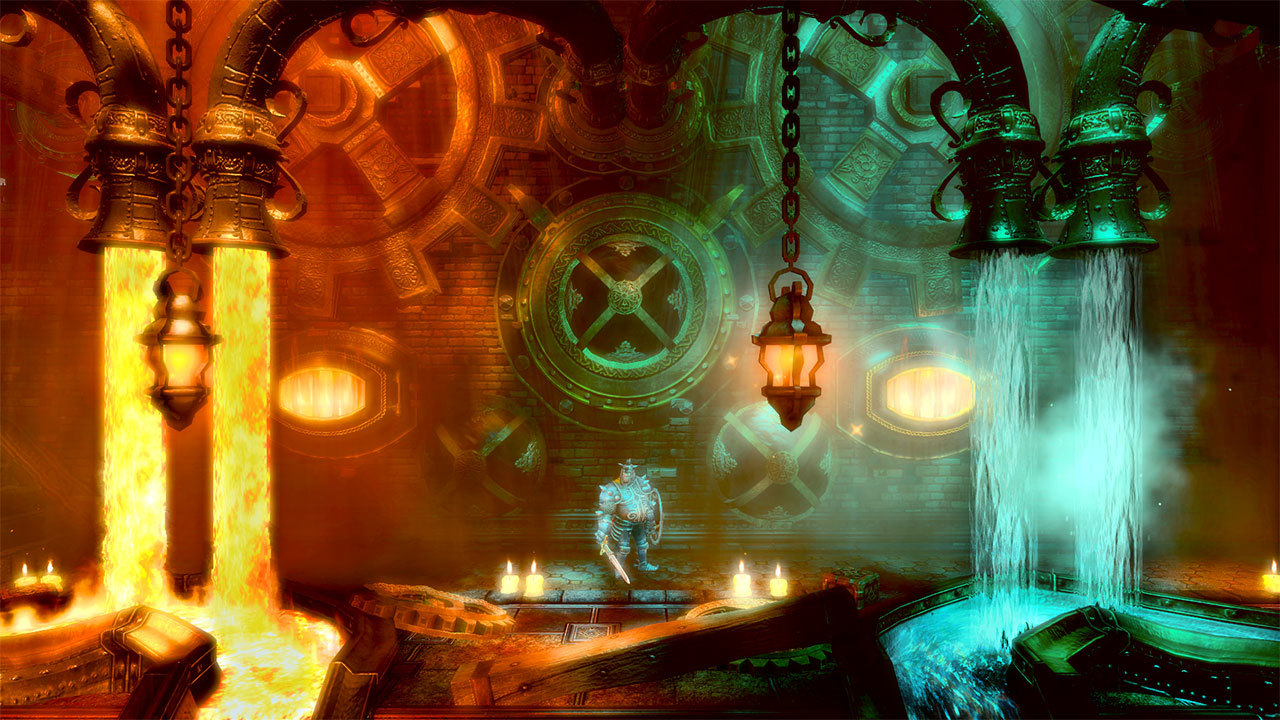 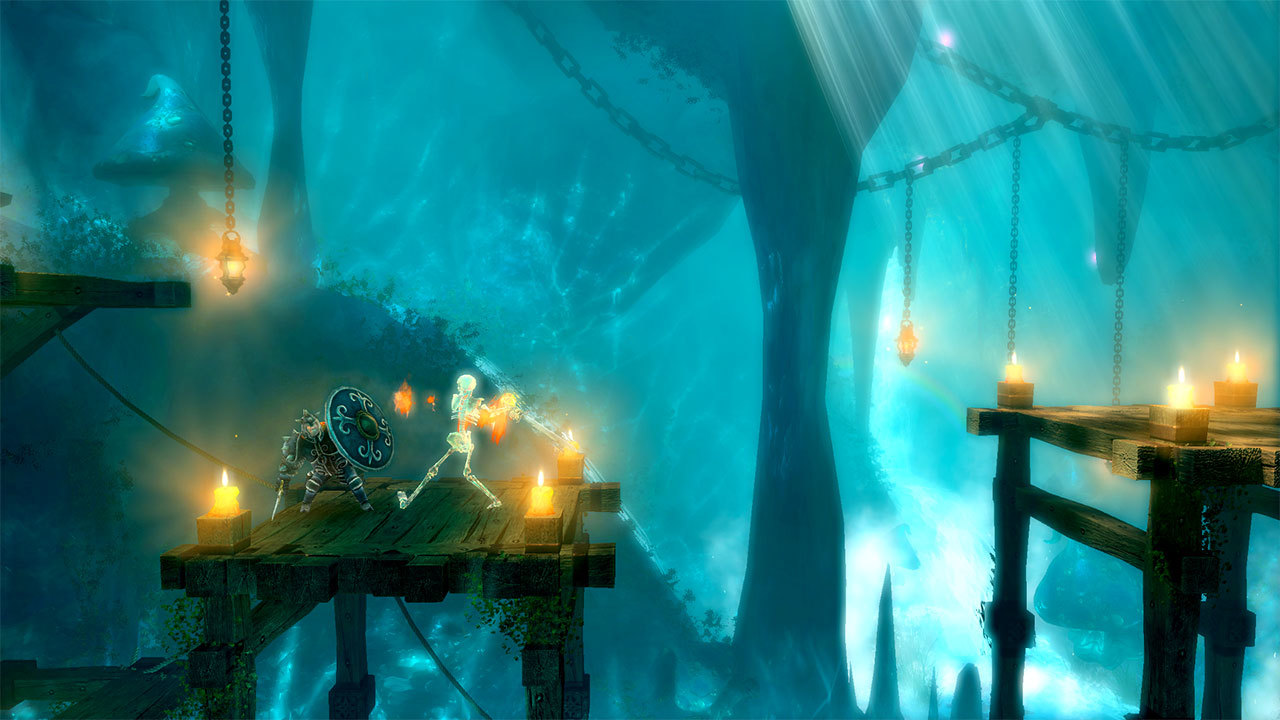 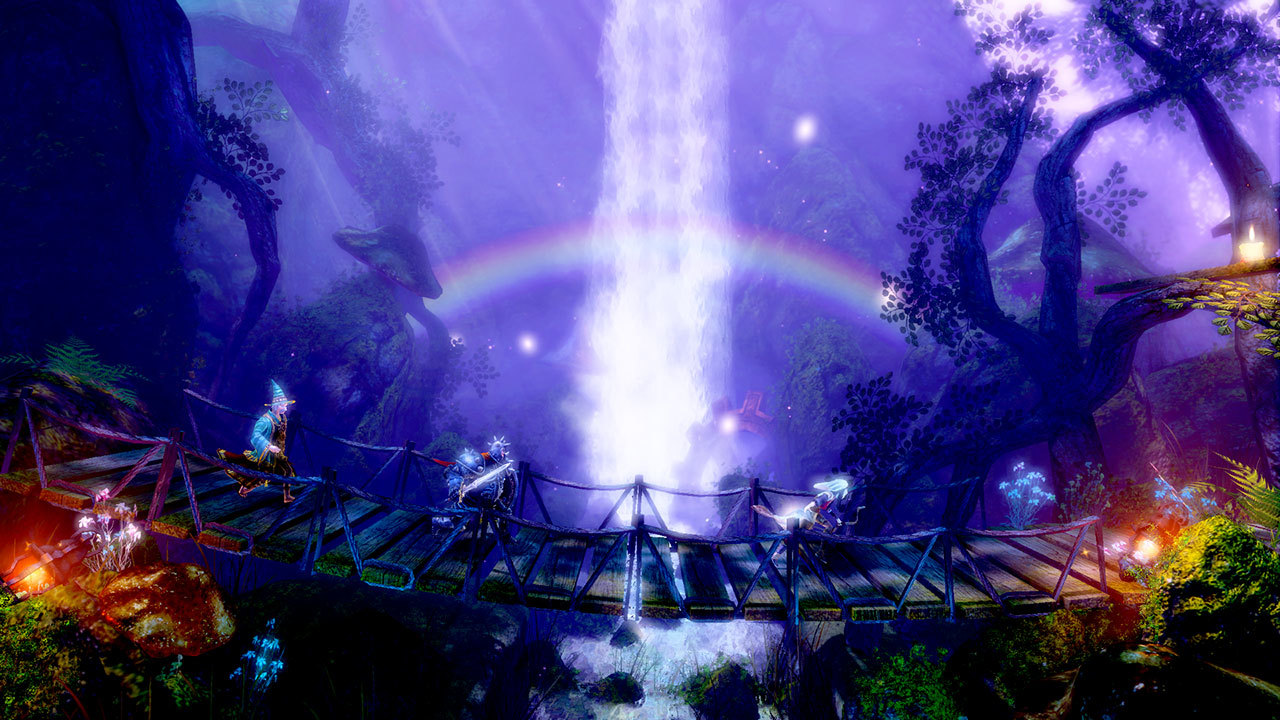 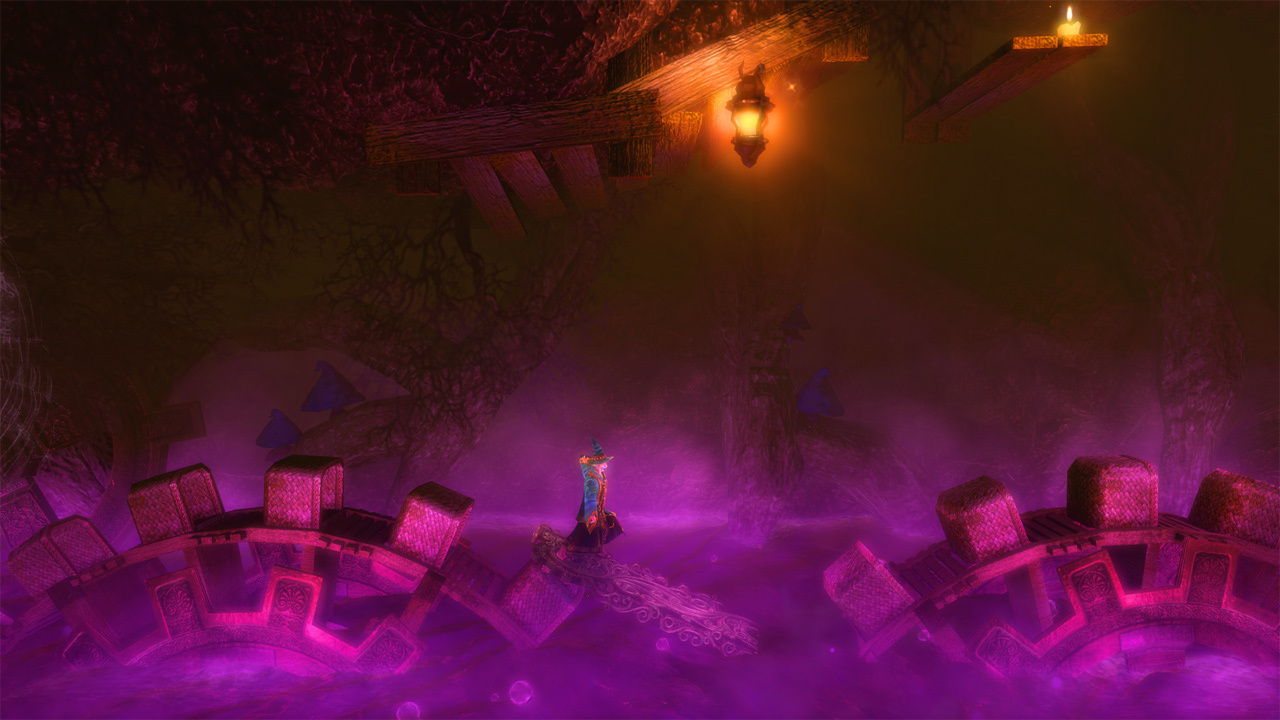 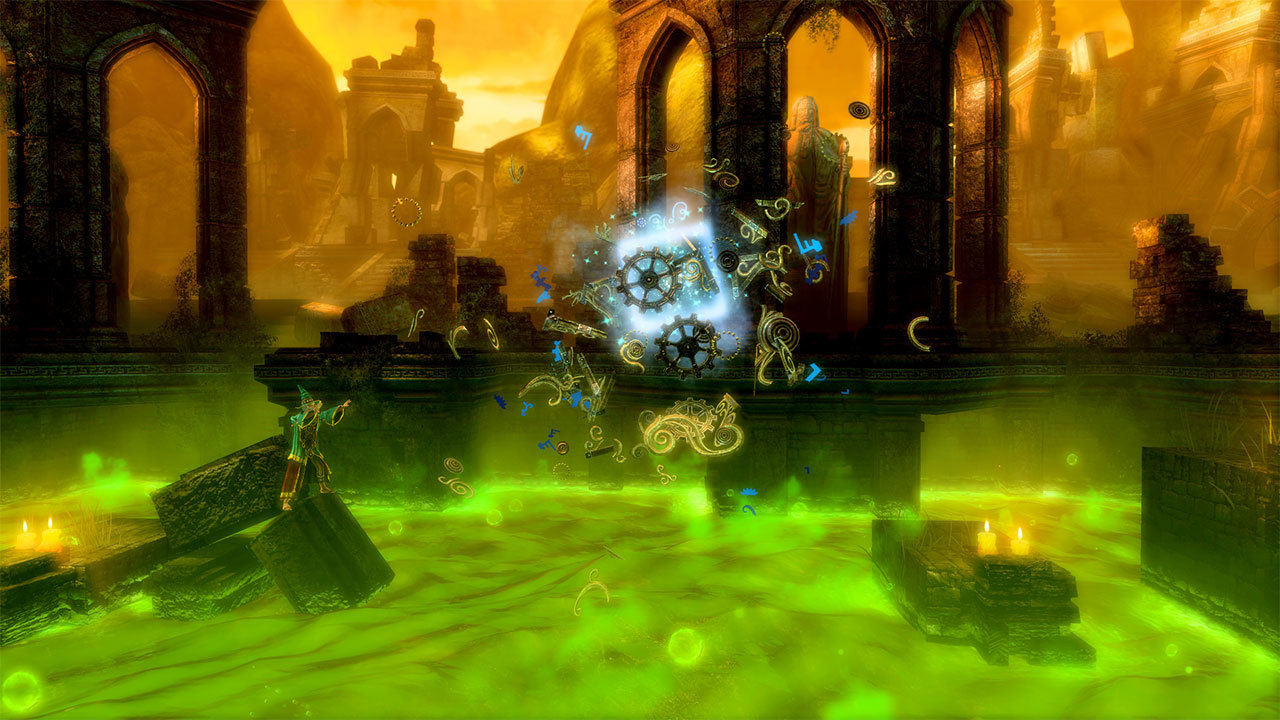 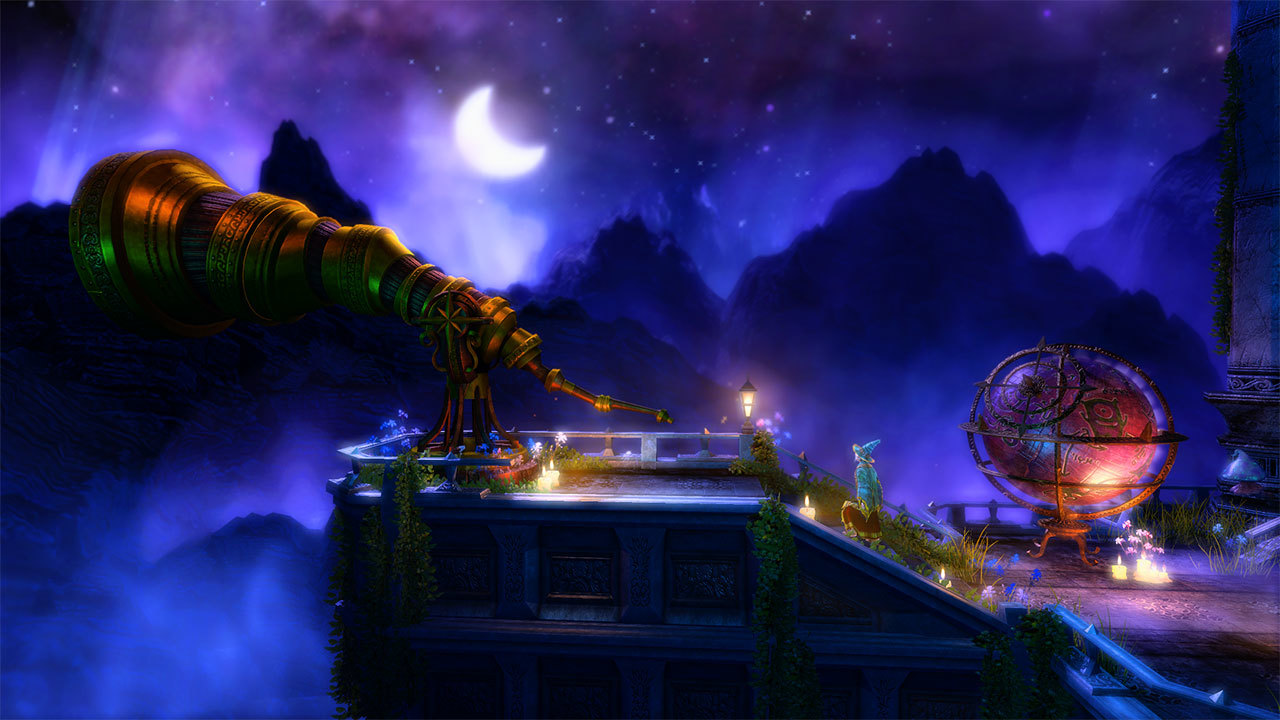 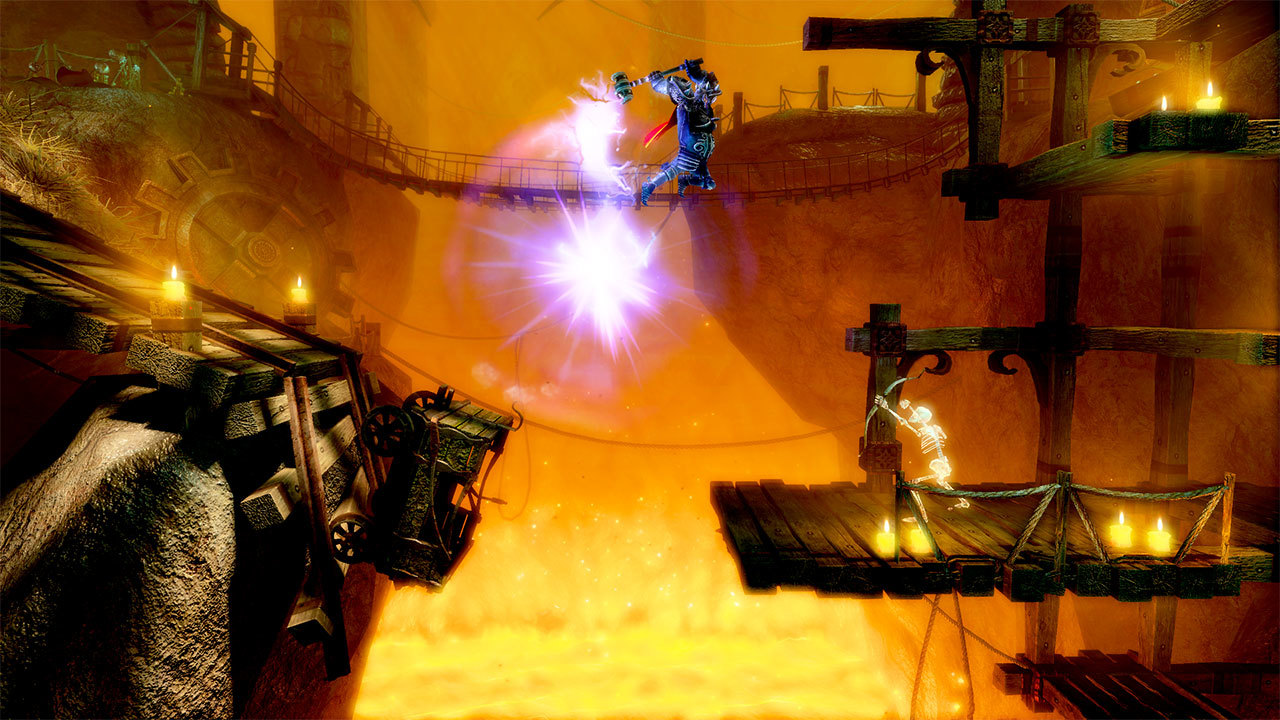 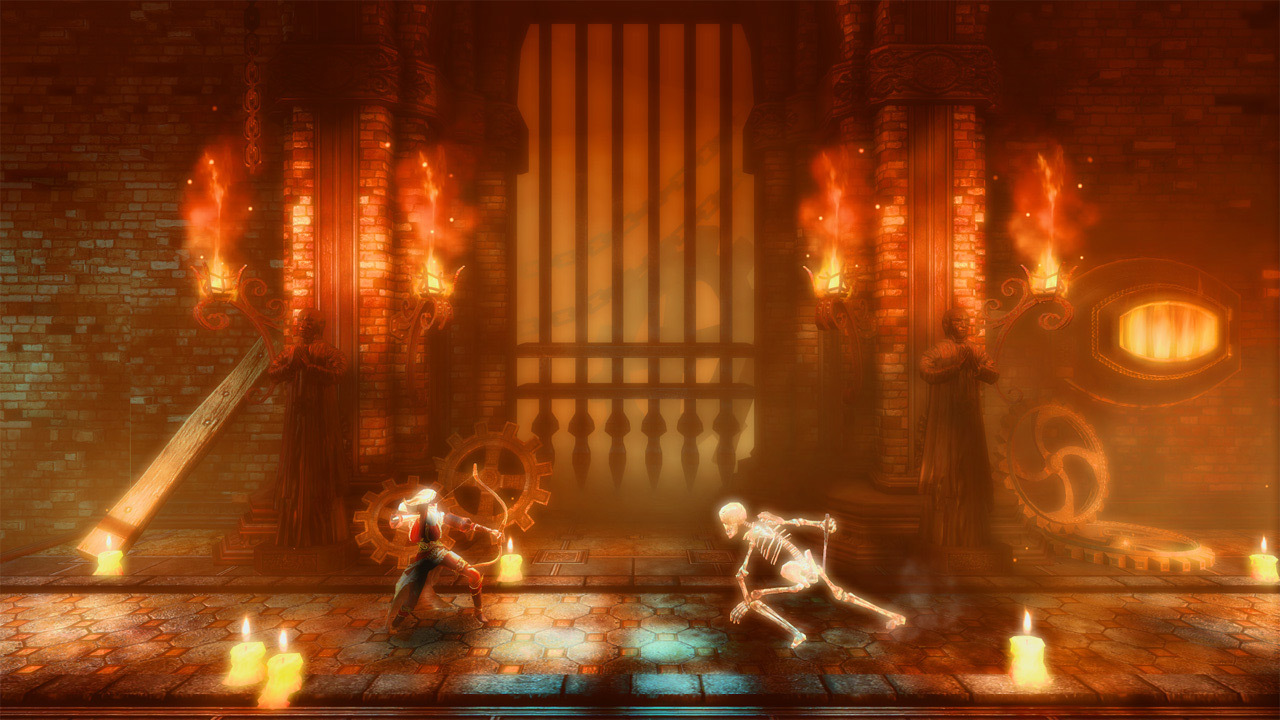