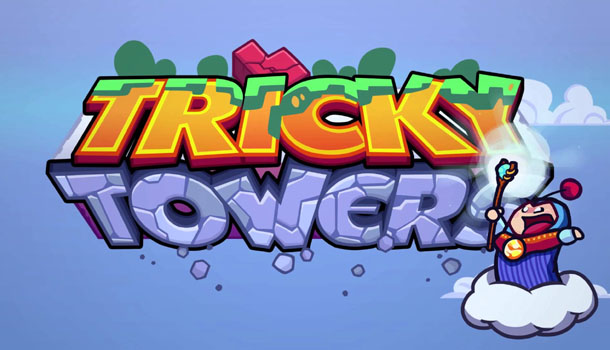 Stacking multi-colored blocks has come a long way since I played my first game of Tetris back in 1984. Back then the PC version was in CGA (that’s 320×200 with only 4 colors for you youngsters) and had a distinct Russian flavor with the Kremlin background art. Here we are 33 years and dozens of Tetris variations later with Tricky Towers, a game that may look and even play a bit like Tetris, but is ultimately far more fun, challenging, and addicting.

Solo gamers can enjoy a lengthy 50-game series of single player trials divided into five sets that require partial completion of the previous set to unlock the next. Each trial is based on one of three game modes, Race, Survival, and Puzzle, and there are some crazy difficulty spikes as early as games 9 and 10 and you might want to skip 16 entirely. 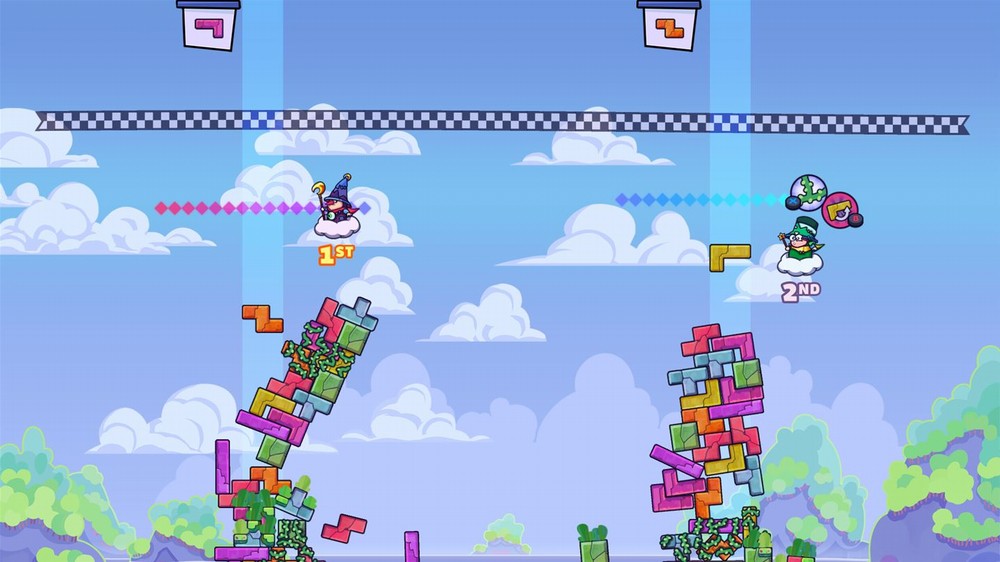 The modes are fairly self-explanatory. Race mode has you stacking various colored and shaped blocks in order to reach the checkered banner before the timer runs out. Building tall and skinny towers will get you there faster but you risk the entire stack toppling over, especially if there is any wind. Survival is probably my favorite mode and requires you to stack all the blocks given to you without losing more than three. This requires a stable base and thoughtful stacking of the interlocking blocks. Last up is the Puzzle mode that is fiendishly tricky until you realize there are only one or two ways to complete each level. You must stack all the blocks given (usually about a dozen) in such a way that your tower doesn’t cross the laser line and none of them fall.

There are all sorts of random factors that will vary the difficulty including wind that will blow off blocks and even topple towers as well as sudden bursts in speed to the drop rate of blocks or a helium balloon that will slow down your blocks during a race. There are 17 light and dark magic spells you can also use to influence the game, assisting your build or creating chaos for your opponents in multiplayer.  And for those looking for the ultimate challenge, check out the Endless mode where you stack until you lose. 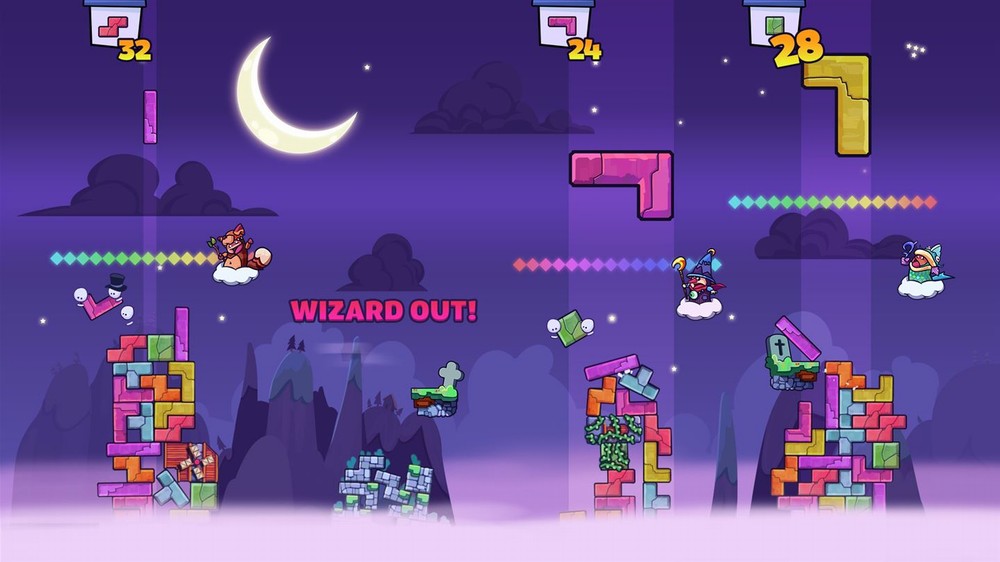 The multiplayer is where Tricky Towers shines. While playable online you’ll have the most fun playing this as a local party game with simultaneous play for up to four players, all building their towers on the same screen. You also have options on which modes and levels you want to play or you can randomize these options and just pick the length of the tournament.

The graphics are crisp with bright colors and various block textures along with some adorable character avatars to choose from. There is additional content available online as in-app purchases if you want to expand upon the core set, but this seems like a weak attempt at a cash grab considering you are already paying $15 for what is essentially Tetris with a twist. The music and sound effects are outstanding and surprisingly don’t get annoying – even after spending nearly an hour trying to get past one tricky puzzle. Thankfully, the game resets almost instantly, so when you know you can’t win it’s super-fast to reset. 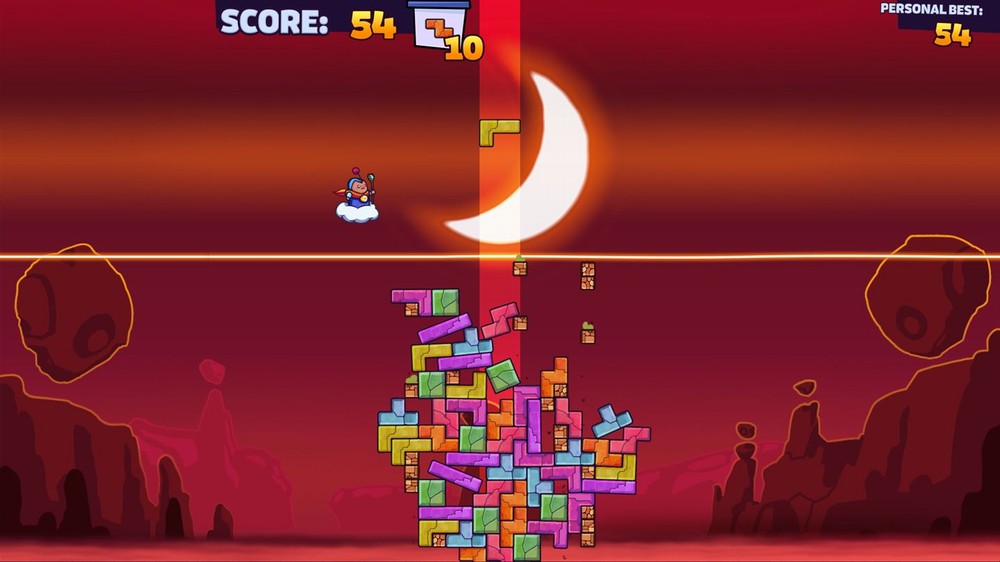 My major complaint with the game is the control scheme. No matter if I used the stick or the D-pad on my Elite Controller it became increasingly difficult to accurately get my pieces lined up the way I wanted in the later levels. Even as early as level 16 where blocks rain down in bursts of super speed, I was constantly losing the level because of the controls, even with the shaft of light indicating where the block would fall. It was just too fast, and when I did finally win, it was purely luck, leaving me feeling more relieved than satisfied. The falling blocks don’t have any horizontal snap, so it’s entirely possible to miss an interlock if you are off by only a pixel or two.  And there is this weird acceleration going on where if you hold down the direction your piece will sprint left or right, so you are left to rapid-tap to try and get into position.

Despite the annoying controls Tricky Towers is still pretty fun; more so with the multiplayer, and even more so with the local multiplayer. Not only is this a great party game, there just aren’t that many people playing it online right now, and honestly, I can’t see this being that much fun with strangers. This is one of those games where you are yelling and smack-talking the entire time. I can easily recommend Tricky Towers if you are looking for your next party game, otherwise the single-player trials, while lengthy and difficult, probably isn’t worth the $15. It might take you 10-15 hours to finish all 50 levels, but most of that time will be grumbling over the fussy controls and the random difficulty spikes. Solo gamers might want to wait for a sale. 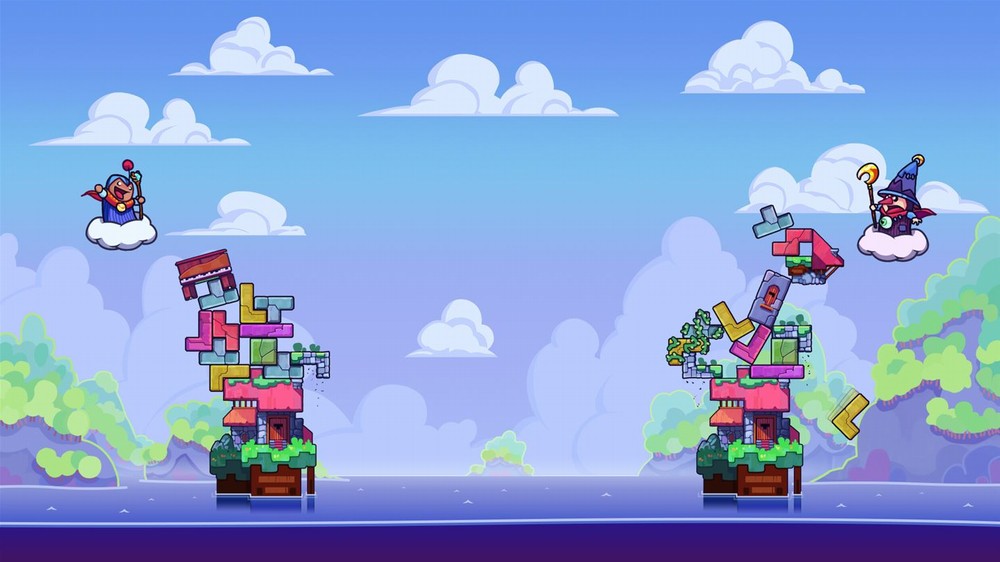 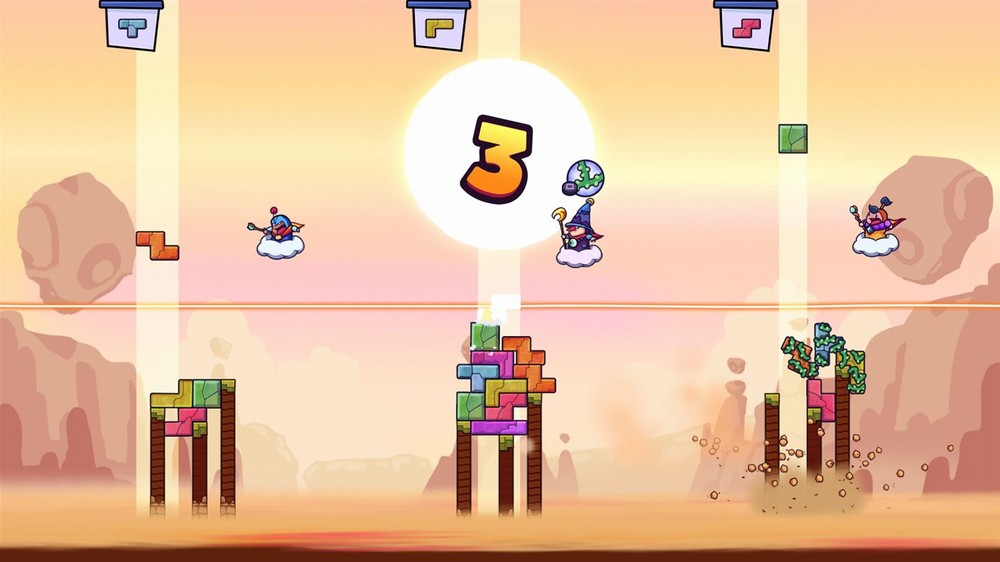 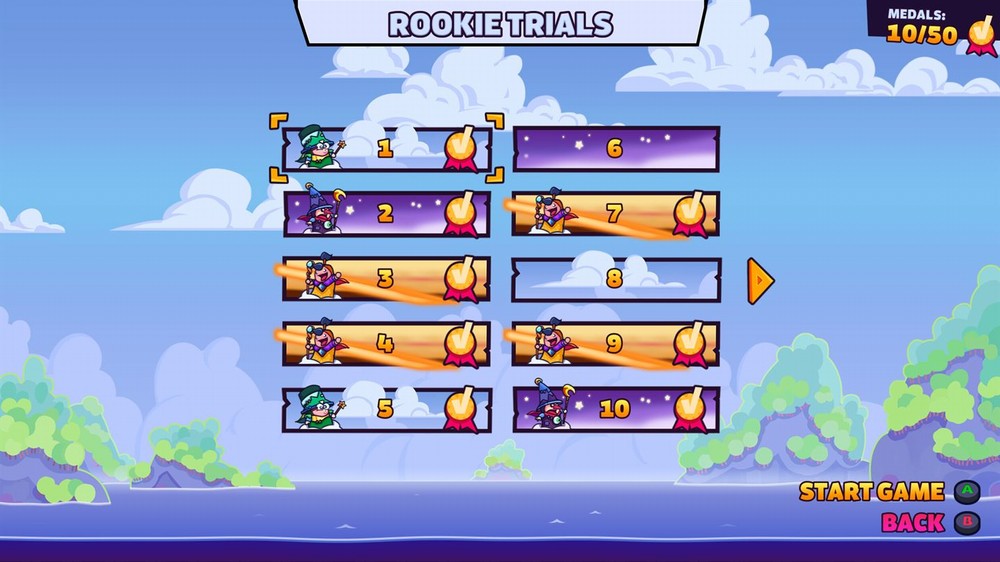 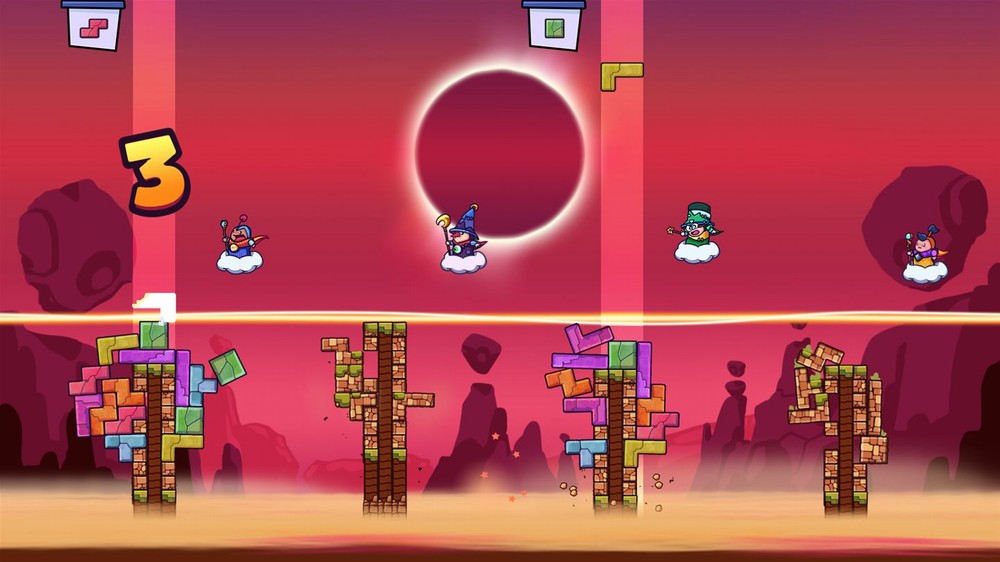 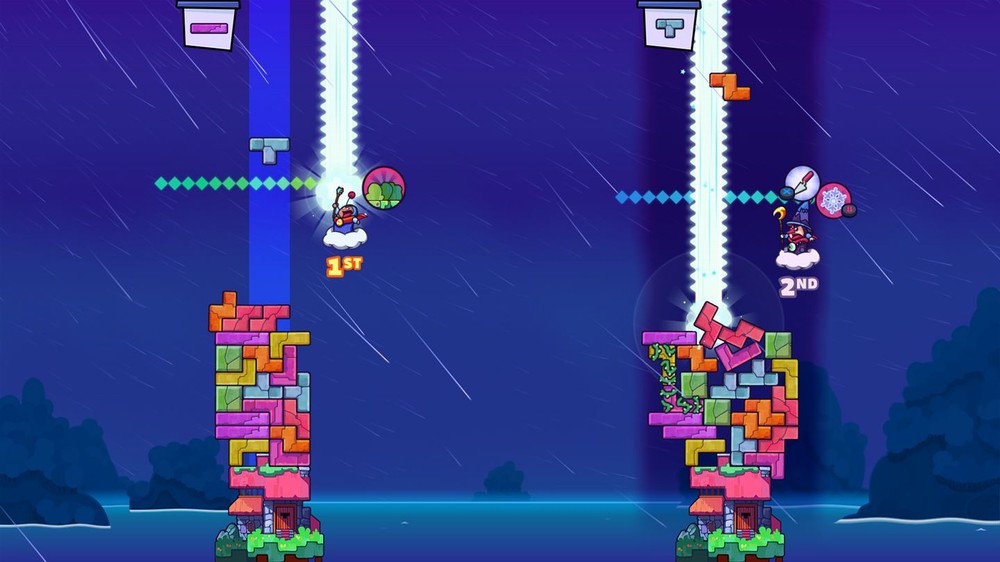