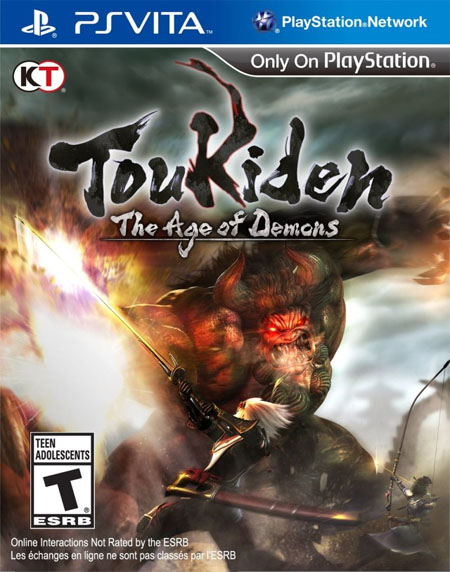 A new IP from the developers of Dynasty Warriors that takes Monster Hunter head-on – and does a pretty darn good job.

Toukiden is an entirely new IP from Omega Force, the developers behind the long-storied Dynasty Warriors franchise.  Equally loved and hated for its repetitive (i.e. nonstop) hack and slash gameplay, Dynasty Warriors has managed to become a cornerstone in the gaming industry for nearly a decade and a half.

With Toukiden, Omega Force aims to improve on the Dynasty Warriors gameplay by adding an new element of gameplay; monster collection.  Not unlike the concept behind popular franchise like Pokémon, Digimon, and Monster Hunter, Toukiden looks to grab ahold of addictive gamers who just gotta catch ‘em all.  And guess what?  It totally works. 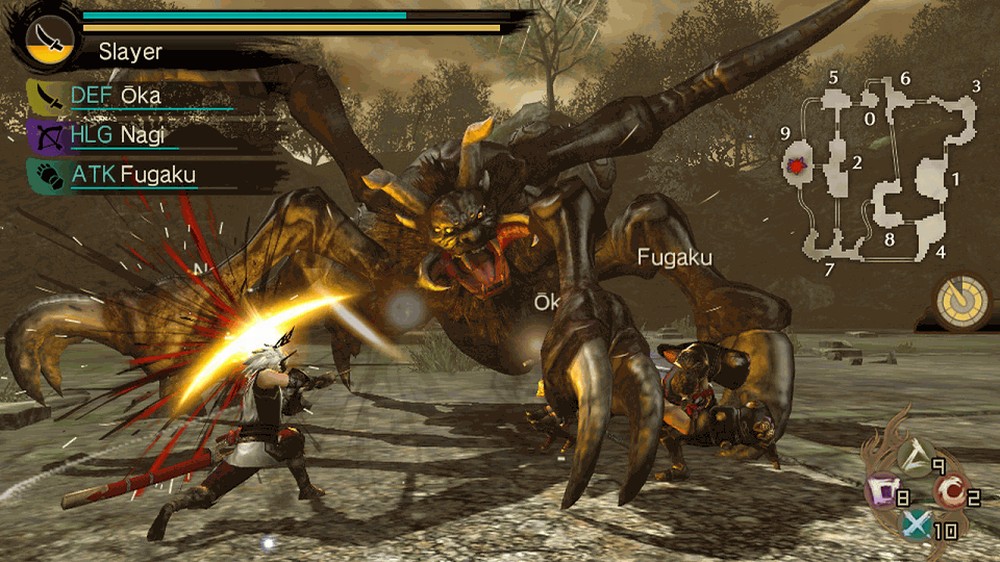 When it comes to the great Dynasty Warriors debate – I tend to fall on the “Do Not Like” side of the argument.  The constant button mashing required to hack and slash the unyielding waves of enemies is simply not my cup of green tea.  So, I’ll admit that I didn’t have much faith when it came to reviewing Toukiden – but I was actually pleasantly surprised by the new gameplay that swaps out the unyielding waves of attacking Samurai for a more manageable army of monsters.

Toukiden starts with one of the best opening cinematic scenes I have yet seen on the PS Vita telling the tale of a band of warriors called the “Demon Slayers” who are tasked with purging the world of the demons that have been unleashed upon it by the Great Awakening eight years prior.  The cinematic visuals are truly theater-quality CGI, and gave me the same sense of awe that I felt back in the days when I first popped the original Onimusha title into my brand-spanking-new PS2. 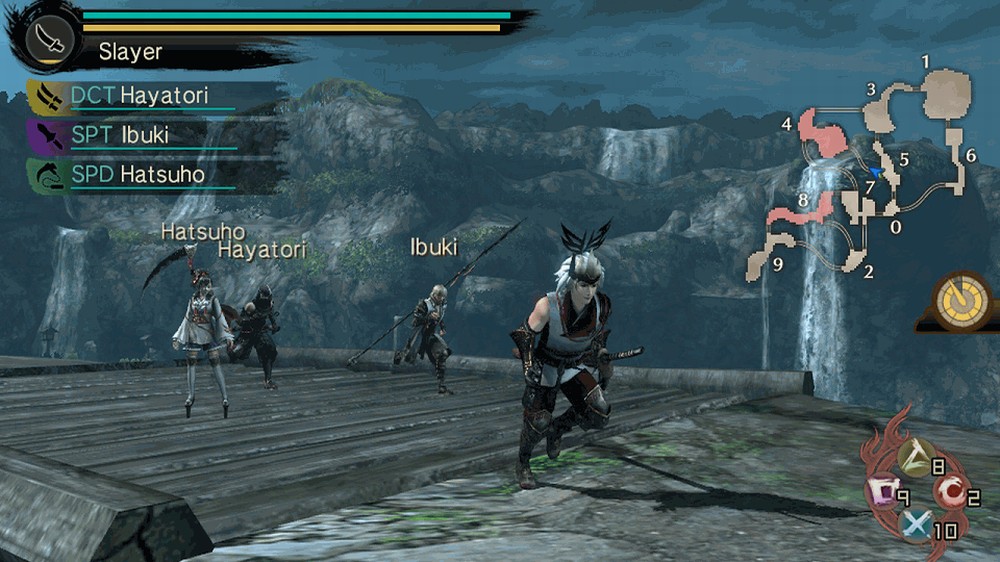 The in-game visuals equally remarkable; Toukiden looks superb on the PS Vita, with stunning character modeling, and rich, colorful backgrounds.  The onscreen action is full of flashy visual effects and explosions that come as a result of the various special attacks, and the uber-cool “Oni Vision” which is kind of like a Slayer’s own X-Ray vision to spot enemy weak points.

Slayers are sent on missions to harvest particular monsters from their hub-world leader.  Missions require a bit of requisite hack-and-slashing of minion characters, who leave behind “Mitama” or the souls of the deceased Slayers which imbibe the gamer with Oni power to be used for special attacks and Oni Vision.

The main goal is to collect the boss monsters – which is where the Oni Vision comes in handy.  During battle, gamers can scan their impending foe and determine target zones in which to inflict the greatest damage.  Gamers then start methodically bludgeoning, “purifying,” and then severing each zone one-by-one until the boss monster reaches its limit and collapses.  These boss character leave behind rare elements and armor that can be collected and traded for Haku – the currency of Toukiden – which in turn can be used to purchase and upgrade weaponry. 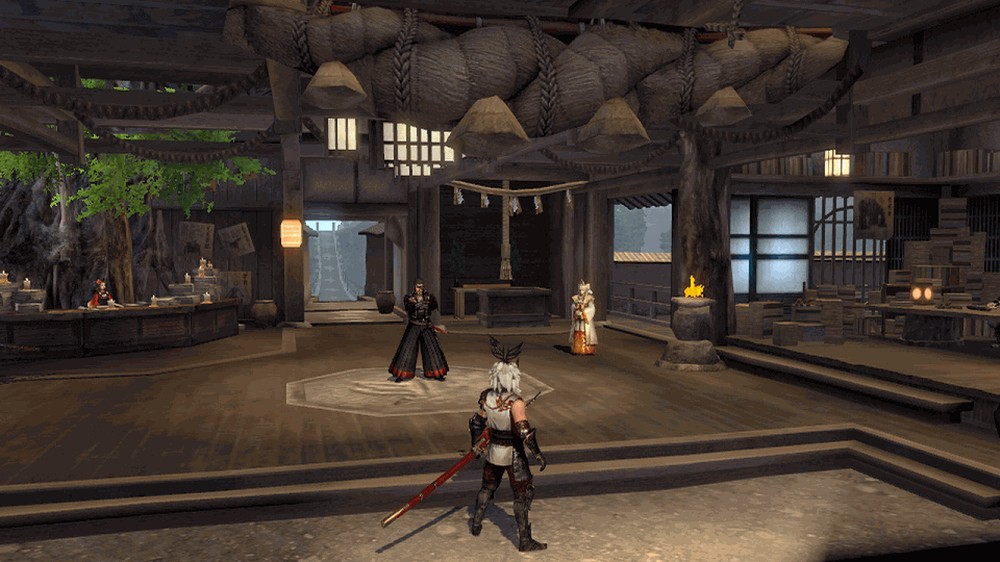 As you can imagine, with all of the haku up for grabs, Toukiden has a much deeper RPG element than what is initially encountered on the surface.  Gamers will quickly find themselves addictively playing and replaying levels to farm haku in an attempt to develop more powerful warriors to go against the increasingly more challenging monsters later on in the game.

Gamers start off alone, but eventually are allowed to build a party of up to three companions.  These AI-controlled party members are akin to what you would find in a typical Lego game – they don’t really help all that much, but they don’t seem to die all that quickly either – and since they are often are there to revive you if needed, I would rather have them than not.  If you happen to have the luxury of playing ad-hoc or online co-op with a real human companion, I would assume that the party play would be a bit more, err…supportive, but at the time of this review online play was hit-or-miss. 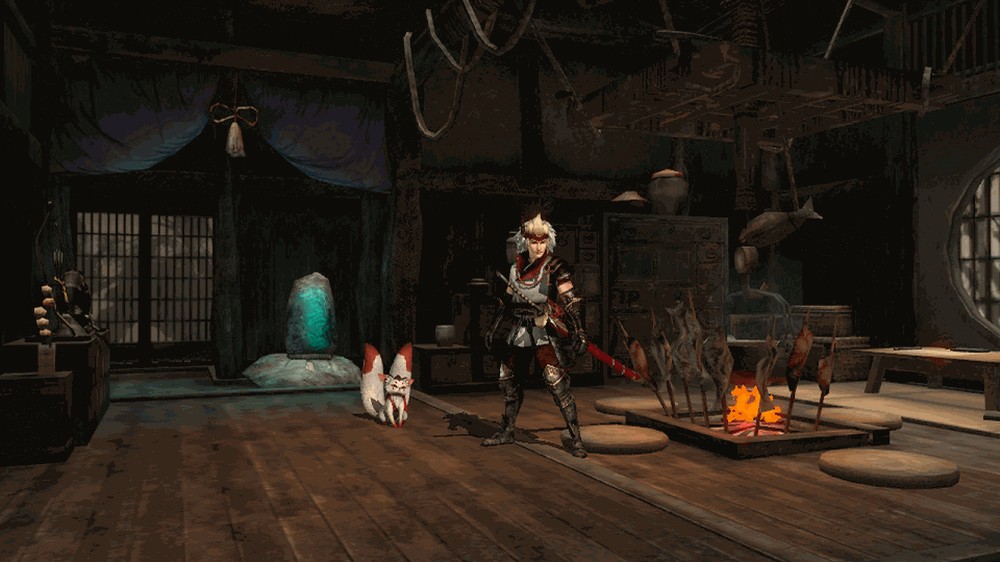 I cannot lie, there are times where Toukiden definitely hits a certain degree of monotony – but it is far from the monotony of the typical Dynasty Warriors game.  The RPG elements definitely seem more important to the core gameplay, and the boss battles are infinitely more exciting.

I still prefer a bit more adventure in my hacking-and-slashing – I have a soft spot for games like Devil May Cry, Onimusha, and Ninja Gaiden – but Toukiden definitely kept my interest longer than I expected it to.