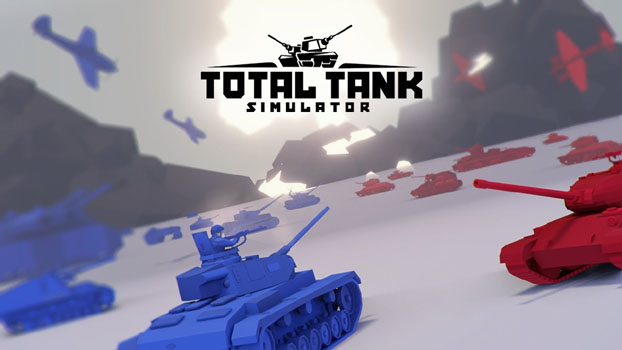 - Relying on the AI for strategic decisions requires the player to “game the game” a bit and rely seemingly on luck and chance to win.

Huge-scale World War 2 battles of physics-based insanity that allows you to hop in and try your hand at victory.

Total Tank Simulator is a World War 2 simulation game designed to be fast-paced and less focused on realism and more focused on simulating massive engagements with so much happening at once that it’s almost impossible to keep track of everything.

The game begins with you selecting if you want to play a campaign or if you want to just go into sandbox mode. In the campaign, you select a country that you want to be in control of and then begin progressing through the theater your country is involved in by taking part in deathmatch battles, wave defense, VIP elimination or VIP protection. Meet the victory conditions and you are able to proceed to the next phase of your campaign. Along the way, you can use earned money and research points to unlock access to better equipment to use against your enemy. 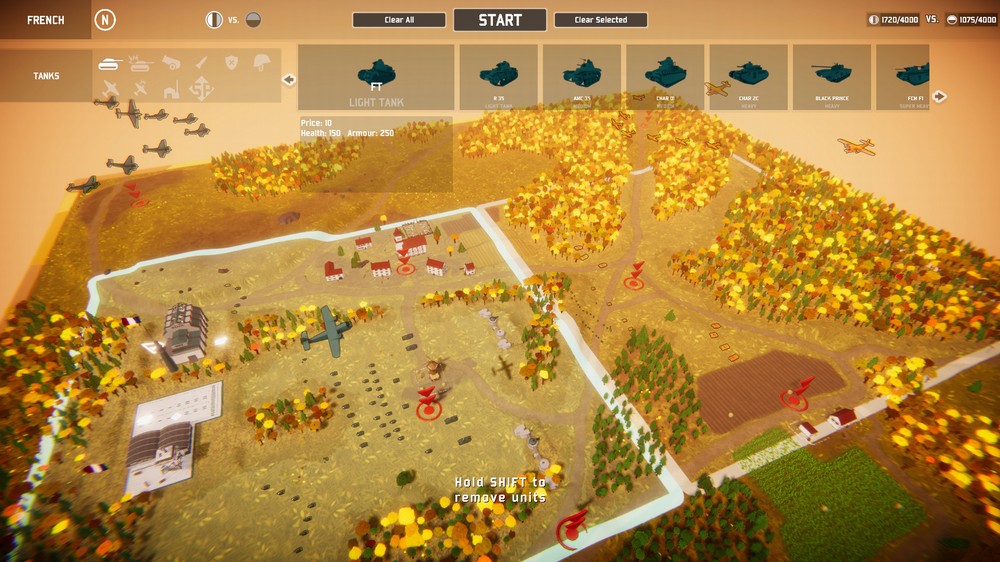 Once you begin a battle, you will use the money allotted to you to purchase tanks and other vehicles, infantry, planes, anti-tank and artillery units, and place them around the staging area in the most strategic way you can. Then, click “begin battle” and the game begins simulating the conflict, taking control of the usually hundreds of units on the screen. You can sit back and watch the chaos unfold, or you can hot-swap out into direct control of any one of the various units on the field and get personally engaged in the action.

The first-person controls are pretty basic, but it can be fun to drive a tank or use a sniper to hunt down your enemies while the rest of the chaos unfolds around you.  The entire game uses physics-based simulations for everything. Everything is destructible, from buildings to trees, and more. So as tank shells fly across the battlefield and strike buildings, you’ll see holes blasted into them, or even the entire structure collapse from its loss of integrity. Eventually, attrition will decide the ultimate victor the battle and the round will end giving you a rundown of how well you did and how much carnage you suffered. 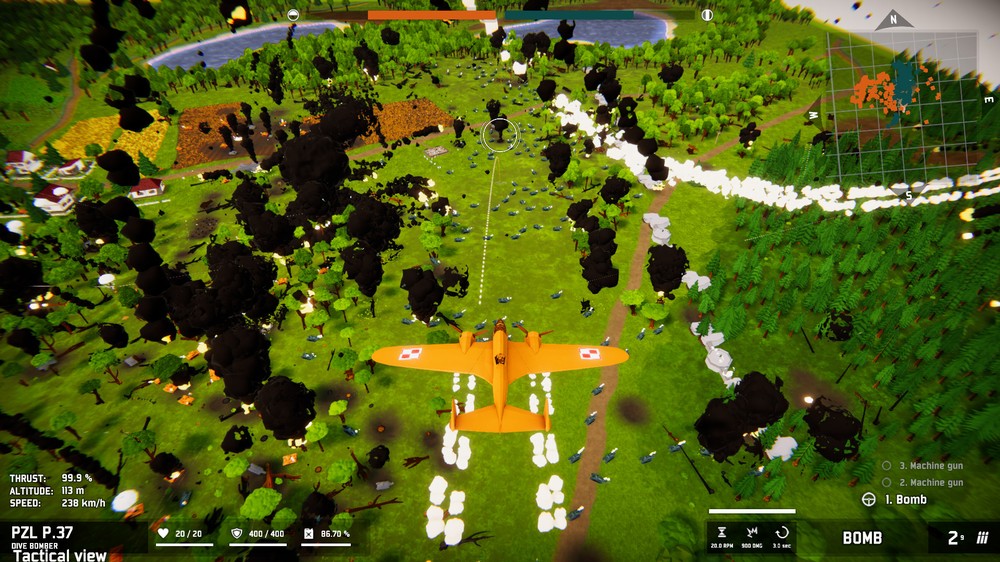 One of the things that I didn’t like about the game was how relatively hands-off it was compared to most military simulations. Once you place your units, other than directly controlling individual ones, there is no way to direct the flow of battle and you will often see units doing things that seem stupid or suicidal. I even saw three of my tanks just drive off the edge of the map and fall into the bottomless void there, dying instantly…which was just frustrating.

Still, it is pretty fun to just watch everything happen. And being able to hop around and take control at will is fun. I guess you just have to realize that it is a much less serious simulation of battle, as indicated by the blocky, often brightly monochromatic models of the vehicles and units that wander the battlefield.

Ultimately, I had a lot of fun messing around with the game. The other option is the sandbox mode, where you can just design the craziest battle your imagination can come up with and see what happens. It’s usually just flat out madness what ends up happening, but there are always some pretty exciting moments that crop up during them.  So, if you’re looking for something World War 2 themed that is chaotic but not serious, this is a good option. 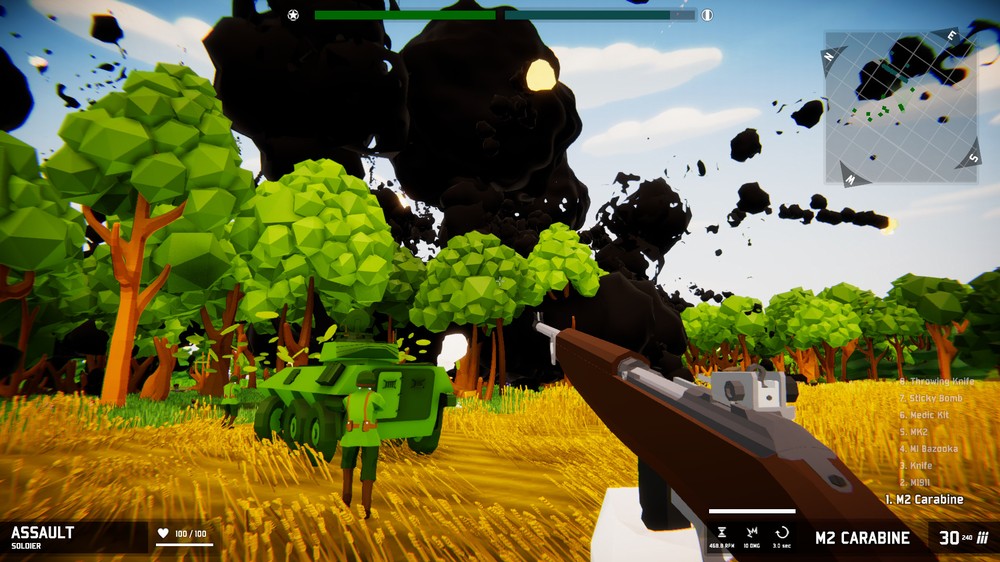 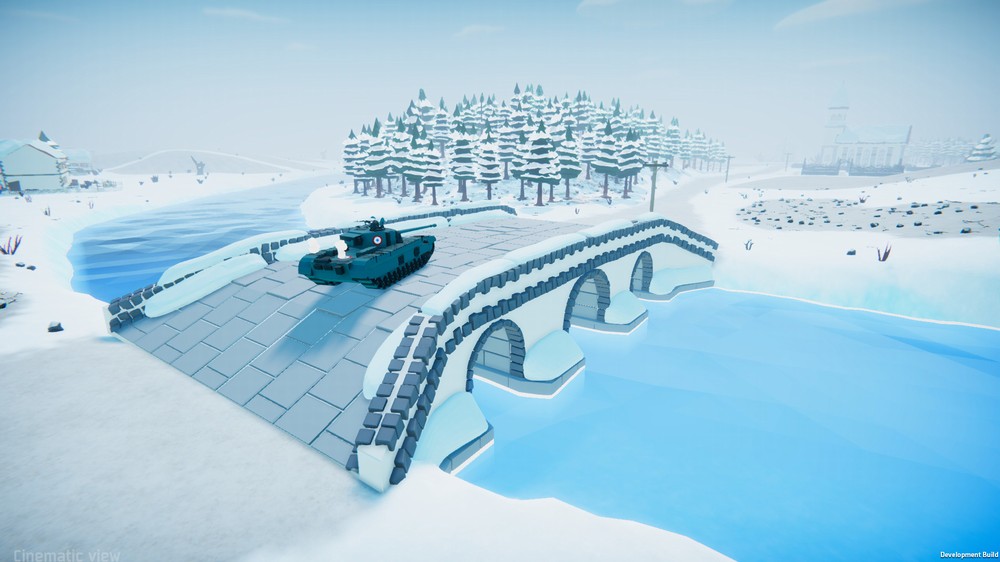 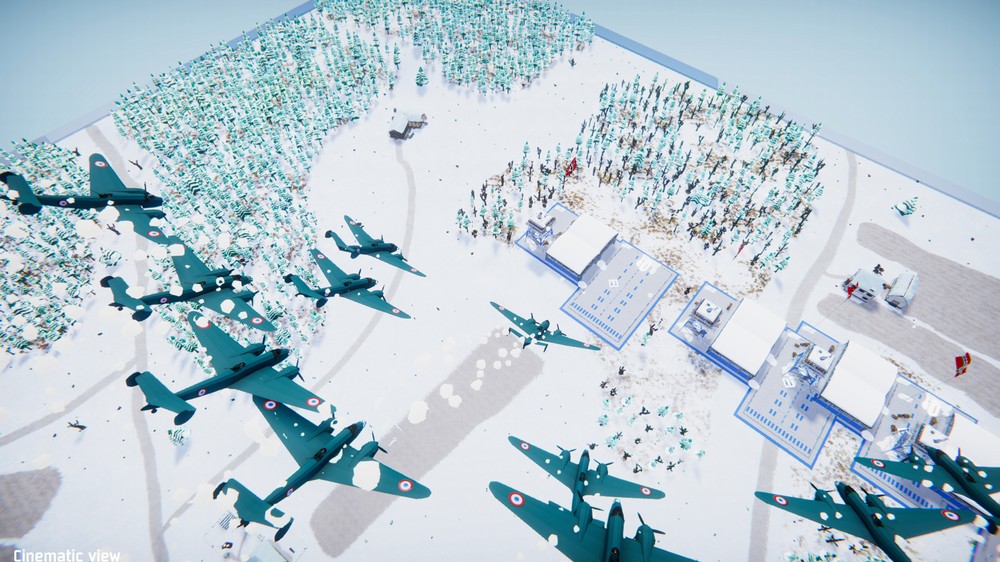 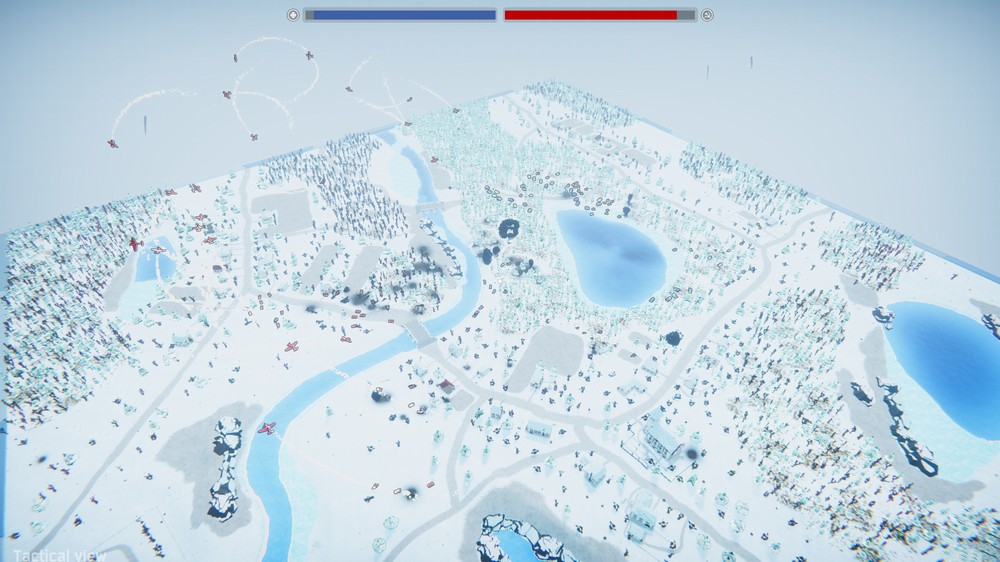 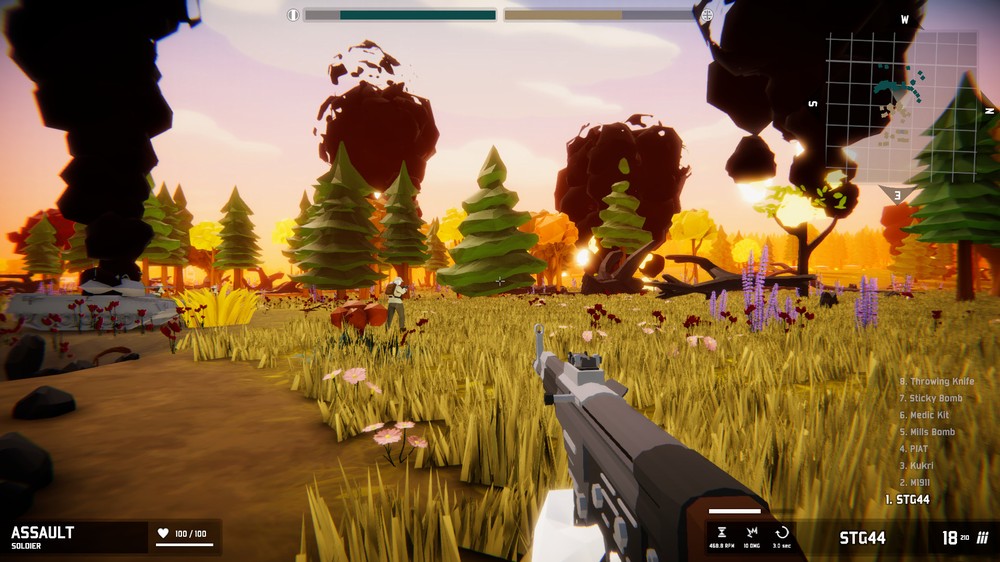