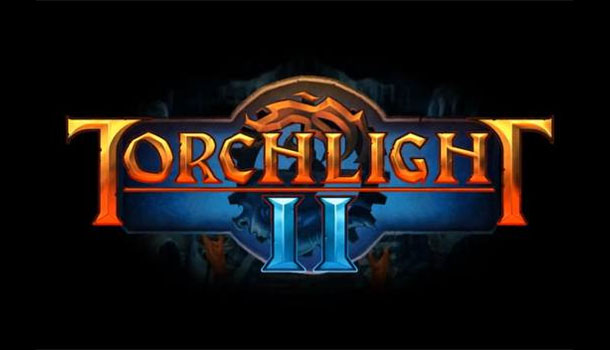 A simplified Diablo-style adventure-RPG perfectly designed for the Xbox.

In only two weeks from the day I’m writing this review Torchlight II will be celebrating its 7-year anniversary on the PC, which only begs the question, “What took so long for this to come to Xbox?” Indeed, this is by far one of the best Diablo-style RPG games released in the past decade, both in 2012 and today, and I was surprised and impressed with just how much was changed in this console port as far as UI and quality of life features. And while the 8-player online mode has been dialed back to only four on the Xbox, almost every other change has been for the better.

As with any RPG adventure the first thing required is to create your character choosing basics like gender and class (melee, ranged, magic, etc.) then tweaking your appearance, which will be constantly evolving as you equip all sorts of weapons, armor, and other gear over time. My engineer looked pretty generic with his sledgehammer when the game started and now he looks like some barbarian warrior. You’ll also get to pick a pet from a varied assortment of real-world and fantasy-based creatures that will act as your companion on your adventures. 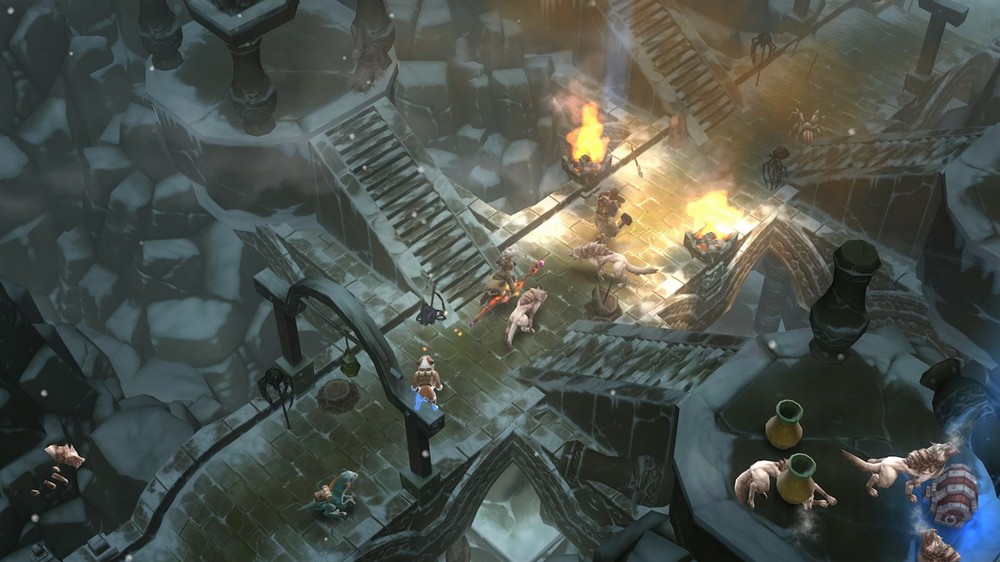 Pets are actually a significant part of the game if you choose, or you can just let them do their own thing. By default a pet is in defensive mode which means he will attack if you or it is attacked first, or you can go in and change him to aggressive where he will run out ahead looking for trouble. You can also adorn your pet with gear and treats. My wolf has gone through several increasingly more powerful collars and dog tags which bestow extra abilities, and some pieces of magical armor that you wear will also transfer additional benefits to your companion. As for treats, you will come across fishing spots in your travels which trigger a simple mini-game that will add various fish to your inventory. If you check the details on these fish you will find they have various transformative effects when fed to your pet. One of my favorites is feeding a web fish to my wolf and having him turn into a giant spider for 15-minutes scurrying around immobilizing enemies with his web shooter. But perhaps the single best use of your pet is the ability to offload your unwanted gear and send him back to town to sell it for cash. Even better, you can also make up a small shopping list and have him return with fresh supplies. I’m always running out of Identify Scrolls and mana. These shopping sprees only take a few minutes during which time you will be exploring and fighting alone, or hiding in a corner waiting for their return.

As for the primary character, you have all the usual stats like strength, dexterity, focus, vitality, etc. that you will continually enhance with stat points earned by leveling up. The same goes for skills and skill points that fit into three tiered categories; offense, defense, and passive. Torchlight II does a magnificent job of simplifying all of the normal clutter of an RPG when it comes to menus and rules and systems. It takes all the best parts of Diablo like color-coded loot and side-by-side comparisons to figure out what’s best, and then wraps it up beautifully with one of the best console-RPG interfaces of recent memory. 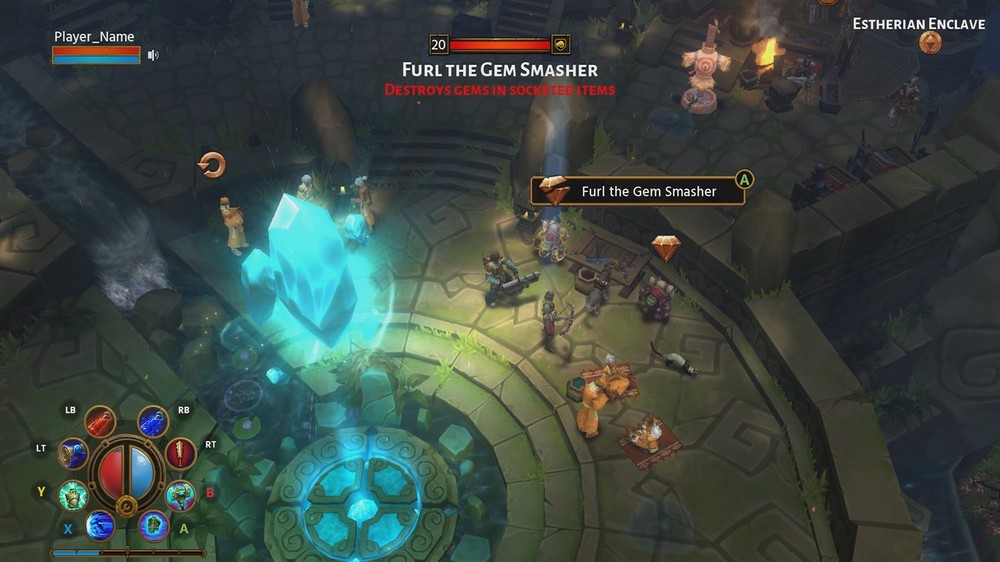 On the PC Torchlight II looked a lot like most any other RPG with the numbered item bar and red and blue health and mana containers.   The Xbox One version condenses all this down to a radial display in the corner showing you all of your bindings and current status. The custom bindings are so easy to setup and use. You simply point to one of the eight inputs and tell it what you want to do. You can assign everything from skills, attacks, and potion consumption or get as detailed as assigning a specific fish to a certain button for instant feeding of your pet.

This intuitive interface trickles down to every facet of the game; even something as trivial as fusing magic gems to your gear. You simple go to your inventory and go to the gem tab where all your gems are laid out. You pick a gem and then install it into any of your equipped gear which is displayed in a separate column. Informative text is available for all items so you are never confused. Inventory management is simplified with a radial menu giving you instant access to categories like boots, gloves, rings, armor, belts, etc.   Clicking on any of these gives you a filtered list of those items you can sort through to decide what to keep, equip, or transfer to your pet for their next trip to town. 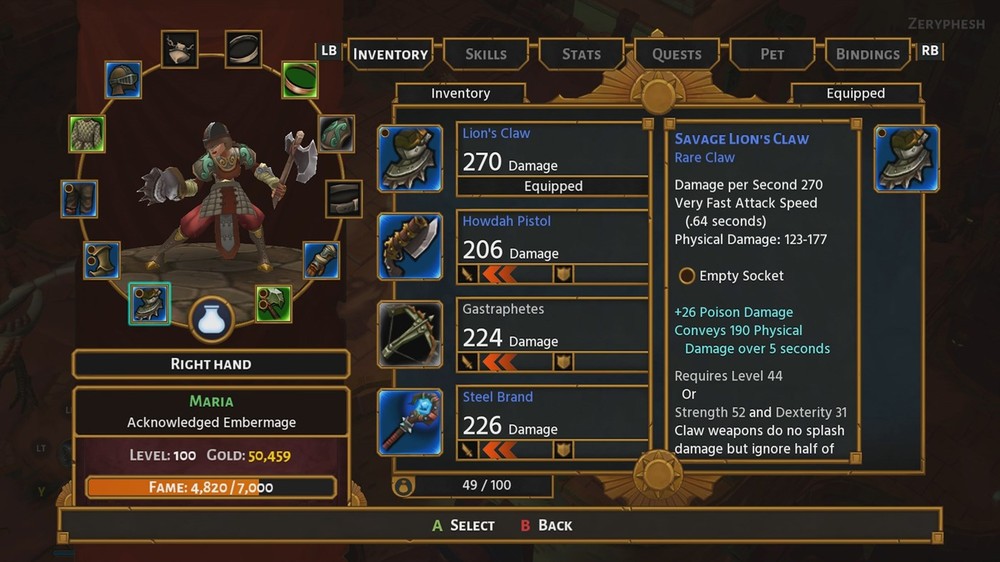 When it comes to actual gameplay Torchlight II is once again faithful to its Diablo-inspired roots. You run around massive outdoor levels and the occasional indoor dungeons mashing your attack buttons to slay a varied assortment of monsters and grab as much gold and loot as you can carry, which in this game is nearly infinite. With an encumbrance of 100 items and the ability to send your pet back to town you should never have to worry about inventory management. Combat is as varied as your weapons and gear, which often have unique visual flair as well as varied results against certain monster types.   I did enjoy the monster tags at the top of the screen that names the creature you’re attacking and gives a short description and potential weaknesses. The actual in-game UI is very clean with minimal overlays on the environment. There are no hit point bars or other clutter other than the occasional damage numbers.

The graphics are outstanding with a stylized storybook look to them. What the game lacks in Diablo-polish it more than makes up for in charm and style from the opening animated cutscene to the character designs and models to the wonderfully varied landscapes and creepy interior locations. The right stick allows you to zoom right down to the floor, which is great for appreciating the visuals in any given scene but hardly playable. There is a nice variety of climates, weather, and even a day-night cycle that keep the environments fresh. There is ample use of color, lighting, shadows, and some of the coolest mist I’ve seen that hovers over the floor and actually cascades down stairs. The special effects for combat and magic use are like an ever-changing fireworks display that never grows old. Even the artwork for the various skill icons are something to stop and appreciate. A mini-map shows all the revealed parts of the level as well as important locations like quests, quest-givers, and that one special gold chest on each map (once you’ve found it). 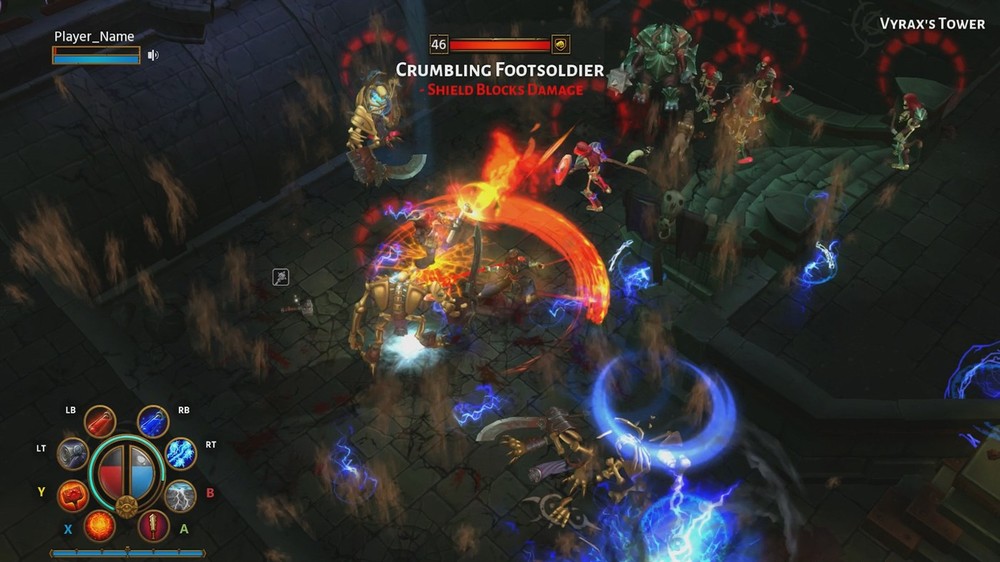 The soundtrack is equally awesome with great music that fuels the ambience of any given situation or just as easily slips to the background so you can enjoy the sounds of the environment. There is a surprising amount of spoken dialogue in the game, usually for the primary quest missions while some other side-missions will only have text bubbles. The voice acting is better than a lot of AAA games I’ve played. Even the pets make fun animal noises.

Torchlight II is perfectly fine for playing alone. I found the pet was a better companion than most of the random players I had join my quest. I do look forward to co-op gaming with people I know someday but until then I’m having a blast playing solo. The game balances the encounters accordingly, so the experience is essentially the same, especially if the other people playing aren’t chatty. It’s impossible to put a playtime on the game because there is so much that is optional. If I had to guess I’d say 40+ hours to finishing everything, and there is a New Game + mode that lets you start the game over with your existing character and gear. Naturally, the monsters will be excessively challenging in this mode. 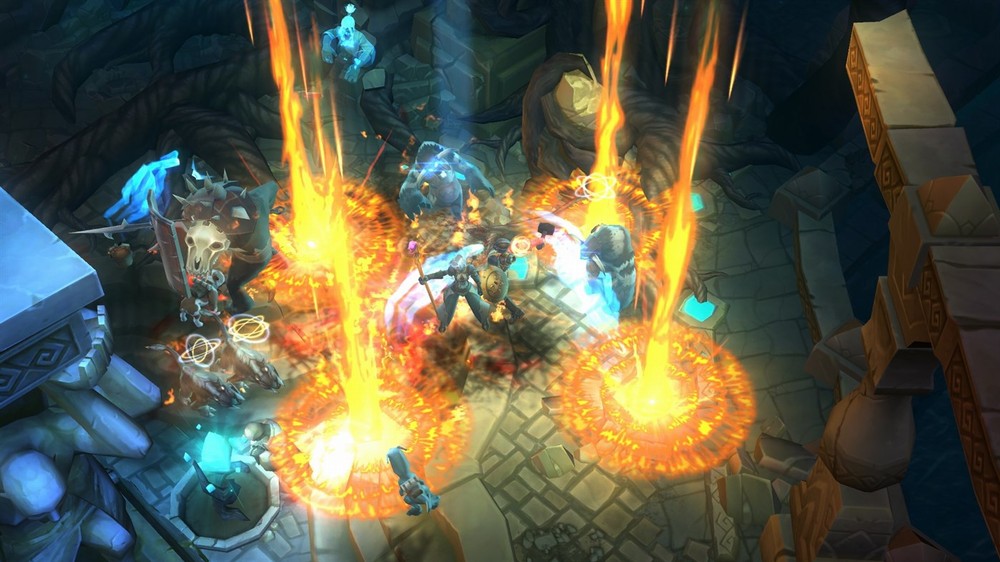 There are dozens of Diablo knockoffs coming out each year but none as good as this. Torchlight II earned 5-stars on PC back in 2012 and in my opinion the game has only gotten more streamlined and user-friendly with its move to the Xbox.   For only $20 you are getting one amazing adventure full of exciting combat, awesome loot, fun character development, and a cool new pet. Play alone or play with friends, but just make sure you play Torchlight II, now available on the Xbox One.