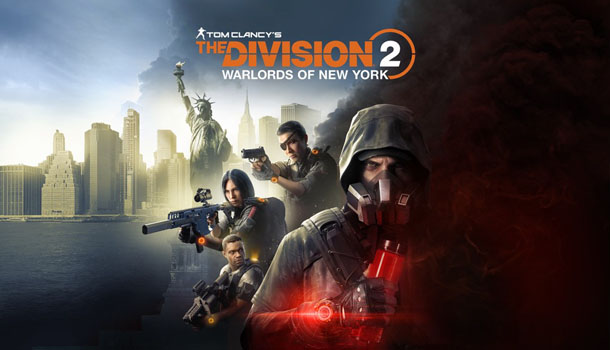 - Can't return to D.C. until you finish expansion
- Limited windows for some seasonal content

The parallels of life imitating art imitating life have never been more profound than while playing Tom Clancy’s The Division 2: Warlords of New York, the latest expansion for one of my favorite games of 2019. More than a month into our own real-life pandemic, here we are headed back to New York City, source of the Green Poison outbreak that is still ravaging the nation more than eight months later. This new expansion lets us visit NYC without that oppressive blanket of snow, although the city is no less inviting with rogue agents running about stirring up trouble. The leader of these rogues is Aaron Keener, a former Division agent you might remember from the first game. So hop on that chopper for countless hours of intrigue and adventure in the Big Apple.

I’ve played hundreds of hours of both Division games and all the extended content. The season one content for Division 2 offered some of the best locations, mission designs, and narrative one could ask for, but Warlords of New York takes it to a new level. Not only must you track down Keener, you’ll need to locate and defeat his four Warlords before ever reaching the mastermind behind the plot to infect the world with Eclipse, a new synthetic strain of the original virus. While the expansion still offers up the same open-world, city experience as previous games the story content is a bit more focused this time with five main missions and eight side missions spread across four sections of Lower Manhattan.

As you might guess, each section has its own Warlord waiting for you along with all of the classic content you’ve come to expect from The Division franchise including; lots of loot…SO MUCH LOOT, electronic devices where most of the backstory is revealed, SHD tech stashes that are so well hidden it’s like a mini-mission just to find them, and all sorts of side-quests and encounters like control points, hostage situations, territory warfare, and supply drops just to name a few. And of course, the Rikers, Cleaners, and Black Tusks are all ready to mix it up with you around every corner. There is no shortage on content and much of it is optional, allowing the player to experience the narrative at their own pace. You can explore for hours without ever diving into the story and when you finally do you can pick which Warlord you want to tackle first, second, third, etc.

Stronger bosses require stronger characters and this expansion ditches the Gear Score and returns to classic leveling with an increased level cap of 40 as well as adding in new weapons and gear to rise to the occasion. You’ll also get new specialized weapons after defeating each Warlord like sticky bombs, electrical traps, holo-decoys, and others. The pacing of the expansion is flawless, and you are never grinding for levels. In fact, my team hit level 40 long before we went after the fourth Warlord or faced off against Keener, and the enemy AI always seemed to offer a balanced challenge.

You can finish the core expansion story content in 12-15 hours which all leads to the epic endgame experience that will keep you playing for the rest of the year…maybe. Once the game is over they dump a ton of new systems, quests, and objectives on your lap as well as timed events and multiplayer content. One of the biggest additions is Keener’s watch that uses the new SHD Level progression system to further enhance your character beyond the limitations of the level 40 cap. Completing seasonal content now rewards you with SHD level points you can use on your new watch to customize your agent by spending perk points to improve stats and bonuses thus replacing the Field Proficiency system.

While The Division franchise has always been playable solo, the game is clearly designed around cooperative team play. There is a certain camaraderie present when you are swapping newly found gear with your teammates or just healing each other on the battlefield. Lots of the specializations are designed to complement each other, incentivizing experimentation with classes and tech abilities. That might be my only complaint with the game (or rather myself) because I got so dependent on my drone/turret combo that I never got to explore all those other wonderful tech accessories I saw my teammates using.

Warlords of New York is more than just fresh content. Many of the core systems have been enhanced with plenty of quality-of-life improvements starting with the RPG system that streamlines the stats on gears and weapons as well as an enhanced Recalibration system that now allows permanent storage of Attributes and Talents so you can create the perfect build. Skill Power has been replaced with six Skill Tiers indicating overall effectiveness while inventory has seen UI enhancements making it easier to manage all your stuff. All of these tools create a better balance making it easier to quickly switch between mission-focused builds as needed.

Once you’ve finished the New York City missions and defeated Keener you will be allowed to return to Washington D.C. which has now been upgraded to reflect all of the system changes and new level cap along with SHD levels as well as boosted enemy encounters. Also updated are the three Dark Zones in the city now featuring more exciting Rogue mechanics and more valuable/useful loot. The Dark Zone content has always been something that seemed tacked on to me, but with these new enhancements it’s now worth your time to check it out. There is also a new Level 40 version of the Operation Dark Hours raid that will offer the ultimate challenge, even for seasoned agents.

Other endgame features include the new Legendary difficulty mode, now available in three of the Strongholds; Roosevelt Island, Capitol Building, and District Union Arena. This new difficulty along with a new elite sub-faction of the Black Tusks create an imposing PvE challenge second only to the raids. There is also a new Global difficulty that allows you to boost the challenge of the missions as well as street encounters all the way up to Heroic. And for those looking for more focused challenges, check out the Directives mode where you can activate up to five specific gameplay modifiers for missions and activities to earn XP multipliers.

Seasonal content is also quite promising with 3-month timed Manhunts where players are tasked with taking down a prime target and unlocking a new skill. There are Leagues with time-limited performance events where you are tasked with a series of challenges and earn rewards based on completion and finally, Global Events where you earn rewards by completing tasks while global modifiers are applied to the entire game. As you can see, there is no shortage of content even after the story is completed, and the rewards provide a good incentive to stick around.   In addition to skill mods for prime targets there are regular rewards provided as you complete seasonal activities as well as up to ten guaranteed items for League and Global Events. You also have free and premium season content with the latter providing better and more exclusive content like gear sets, exotics, and custom apparel. 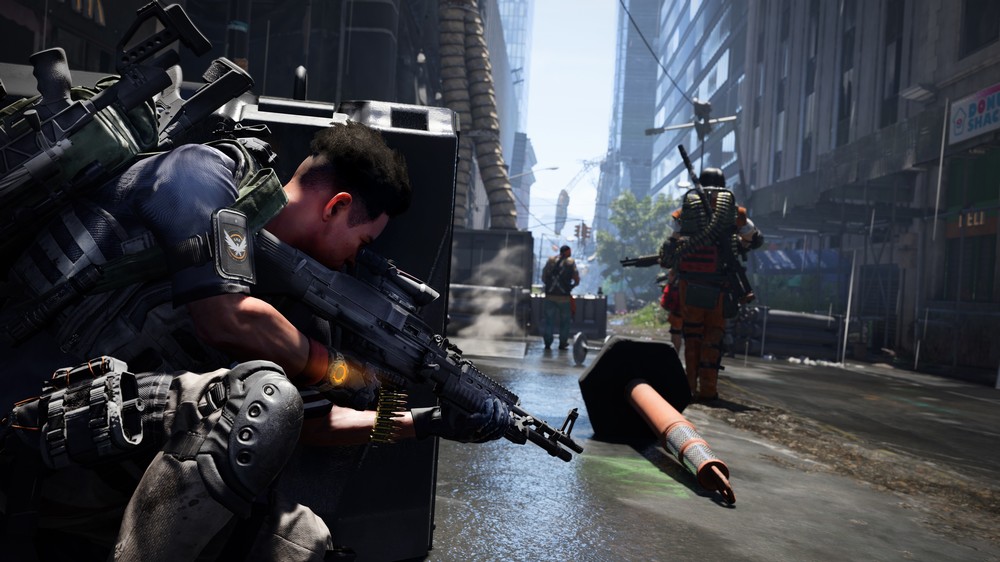 Whether you are a veteran of the franchise or a newcomer that took advantage of that sweet $3 sale price in February, Warlords of New York has you covered when it comes to learning all the new systems and how all this content ties together. There are new pop-up tutorials as well as videos and all of it is available to watch and rewatch in the codex. Concepts like the new Fog of War masking the city map when you first arrive are all explained nicely.

There are a lot of great characters in Warlords of New York but the city is certainly the star. The massive map included four districts, all with distinct architecture and designs with coastal areas showing the devastation from the recent hurricane while the financial district retains a bit of its splendor with reflective towers reaching skyward. The sheer amount of trash and debris scattered about the city not to mention overturned cars and makeshift forts and bunkers is totally realistic and truly immerses you in this apocalyptic nightmare.  I won’t go into too much detail on visual fidelity other than to say if you have a powerful PC you can expect unprecedented realism; almost photorealistic at times with blinding HDR lighting and amazing textures and detail.

Tom Clancy’s The Division 2: Warlords of New York is easily one of the best expansions for one of the best looter-shooters I’ve ever played. It’s one of those games where you look forward to playing with friends but don’t mind going at it alone when you can’t, and the game will rise or fall to meet your challenge. If you enjoy tactical shooters, exploration, light puzzle-solving, and rummaging through thousands of trunks, backpacks, satchels, boxes, trashcans, soda machines, oil drums, or anything else with an orange glow, then prepare to spend much of 2020 trying to salvage what’s left of New York City and Washington D.C. with one of the best and most addictive franchises you can play today.