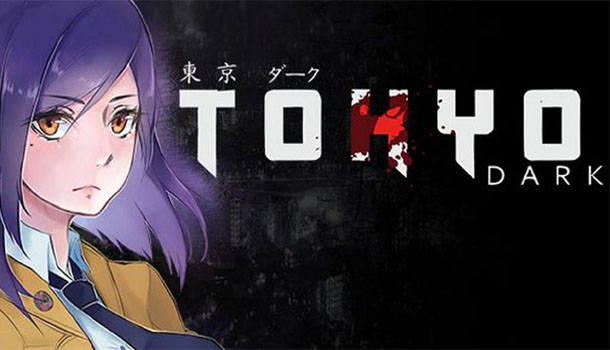 + Decisions you make have an effect on the direction of the game, as well as your character’s sanity.

- Sometimes it is hard to tell what decisions are available to you, even when you know that there has to be another solution to the situation.

Every decision matters in this horrific investigation game where life death and sanity are all on the line.

Tokyo Dark is a point-and-click adventure game where you play as Detective Ito for the Tokyo Metropolitan Police, that starts with your investigation of the strange disappearance of your partner. But all is not as it seems in this game where every decision you make leads you toward one of 11 possible endings. Not only will you need to make timely decisions that can affect the lives of the various people you encounter in the game, as well as your own.

Your actions will also have an affect on the four attributes of your character labeled as SPIN (Sanity, Professionalism, Investigation, and Neurosis). Each of these stats will have an affect on what choices might be available to you. The more your sanity degrades, the more out of touch your character might be with reality. Hallucinations will occur more and more frequently as you descend into madness. But there are things that you can do to increase your sanity (like taking medication). But this comes at a price, in the form of making you more drowsy and lowering your ability to notice things around you as acutely. 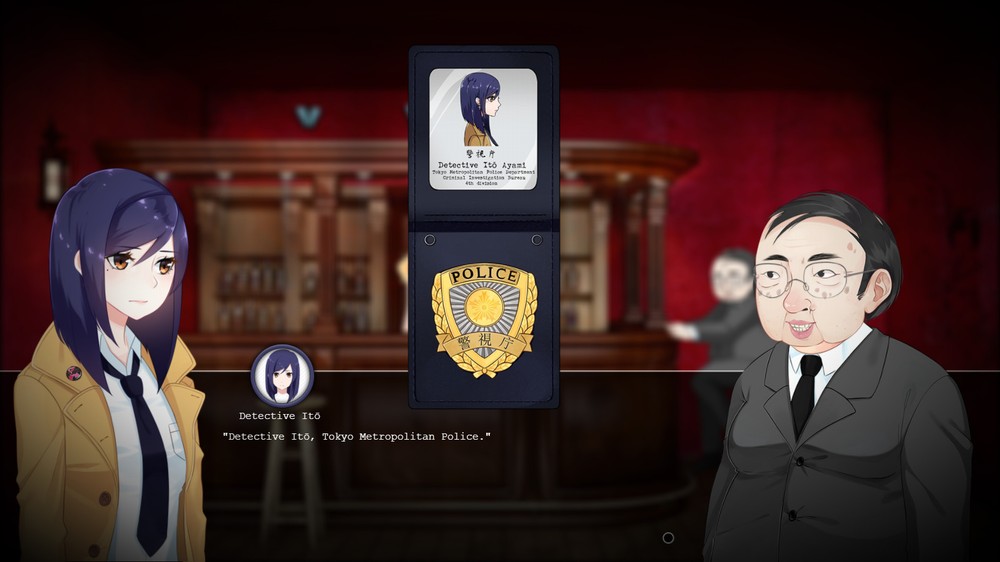 Neurosis is a really interesting statistic in this game, too, because I am the kind of point-and-click player that will sometimes just click around the screen to try and find things that aren’t too apparent, or will click the same thing multiple times in order to see if it unlocks something that wasn’t available before. But I quickly found out in this game that those kinds of thing are registered as neurotic actions and will have a negative impact on your character.

It was little details like this that made this game stand out to me as something more than your average adventure game. There were plenty of moments in the game that made me think that I knew what was going on, or what I needed to do, but then it would surprise me and I’d find myself having to solve a problem that I didn’t expect, or making a decision that was surprising. But it all works, because the game is constantly challenging your perception of reality and what is or isn’t real. Even people who die aren’t necessarily dead. Did it really happen, or did you just hallucinate it all? 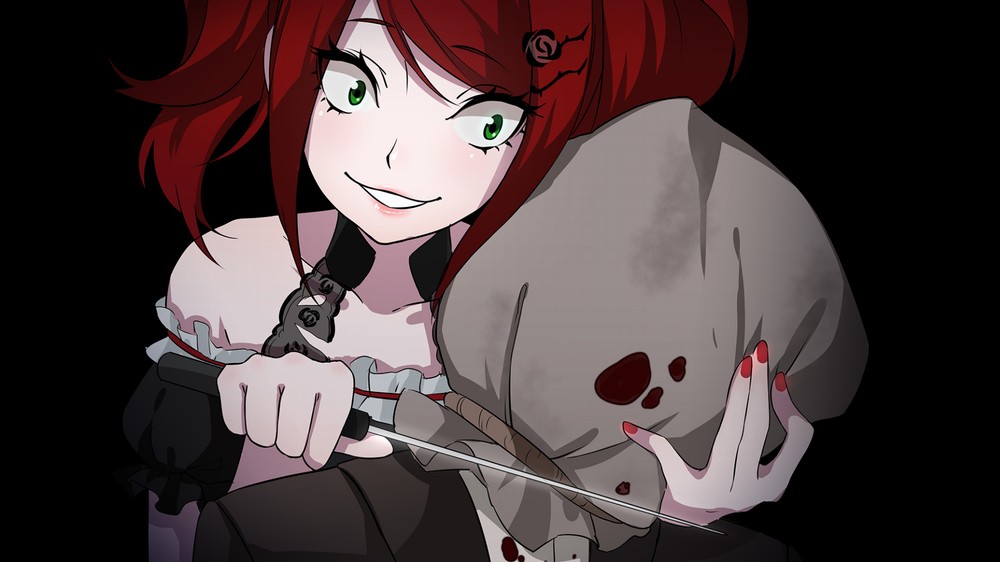 And don’t think about trying to save your game, made a decision to see how it plays out, and then go back and fix it afterwards if you don’t like it. The game features an autosave feature that locks you into the decisions you make every step of the way. There is no going back and changing the course of events if you don’t like where it takes you. There are also time-sensitive decisions that must be made with a timer counting down on the screen. This only adds to the tension and stress of knowing that each choice you make is permanent.

On top of the solid mechanics built into the game, there is a beautifully represented neon-soaked Tokyo that you explore in an attempt at getting to the bottom of the strange and mysterious narrative that you find yourself mixed up in. The anime art-style captures the feeling of the game very well. The mix of ancient and futuristic architectural styles of Tokyo is heightened by the story, which deals with a story of ancient spirits in the almost cyberpunk future-tech world of Tokyo. Each setting feels like it fits perfectly into the story as you explore and discover the layers of mystery revolving around you. 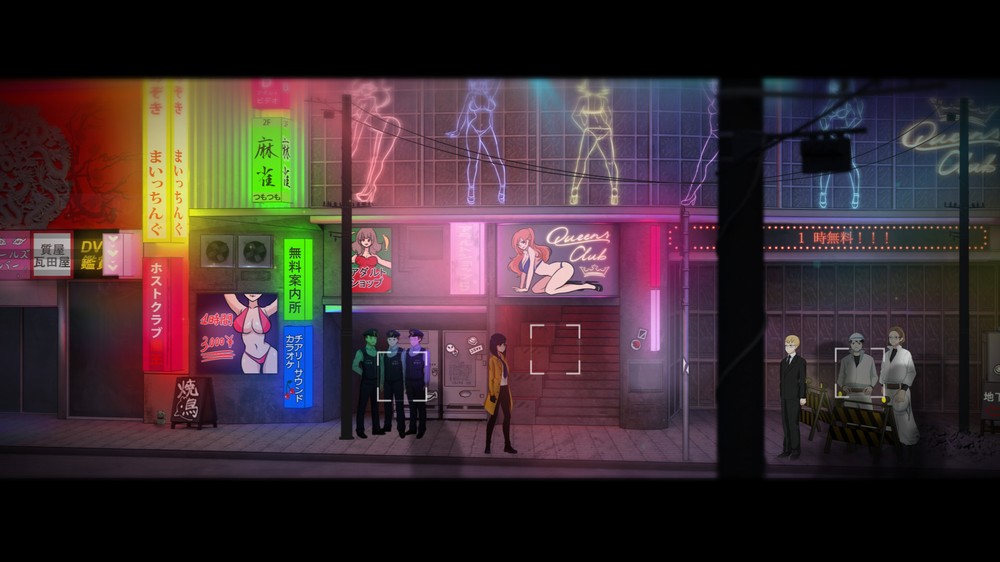 This game was developed through a highly successful Kickstarter program, and looking at the stretch goals that were unlocked, it is quite obvious after playing the game, just how well it evolved because of those stretch goals and how much less in-depth it might have been had these stretch goals not been met. I really feel this is a nice example of the power that overwhelming support for a project can have over its development process.

Ultimately, this is game presents a fantastic world using a beautiful art style, while still giving you agency as the player to determine the final outcome of the story. It allows you to shape the world around you through your actions and your decisions, which is something that many games claim to do, but few actually seem to pull off. This one, with its various paths and endings, obviously does. And the endings aren’t just based on the few decisions given to you at the end of the game, where the rest of the stuff you did has little to no effect, but rather each thing you do, and even how you do them, build upon each other, developing your own personal story based on the way you play the game as you go.

I highly recommend this game to those who are interested in the “visual novel” genre of games, but who would perhaps like a little less restrictive feeling about the story that is told. Where most of these types of games have a predetermined path that you will trace, this one gives you more freedom to discover the story on your own.  Currently listed on Steam at $17.99, I would say it is worth giving this game a whirl. 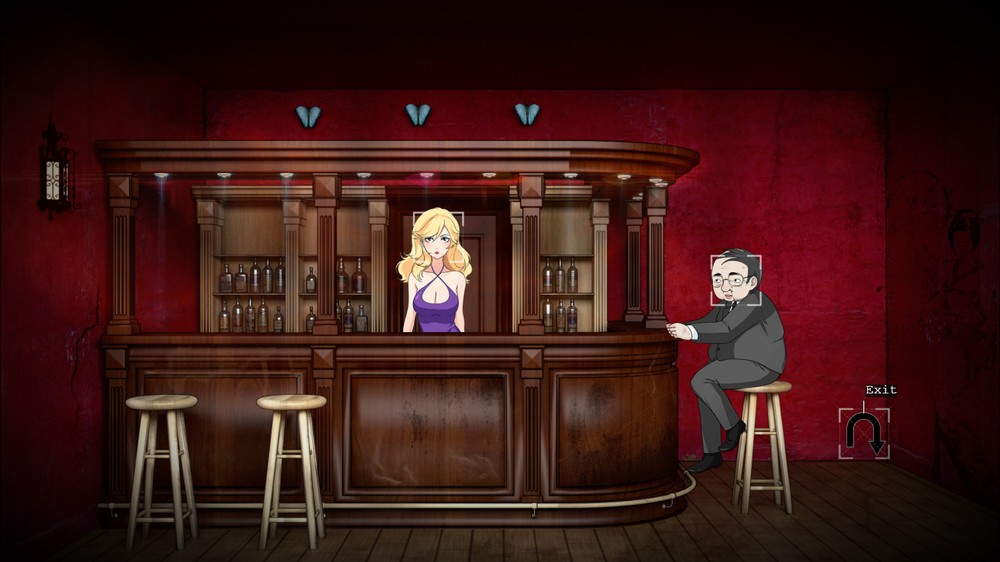 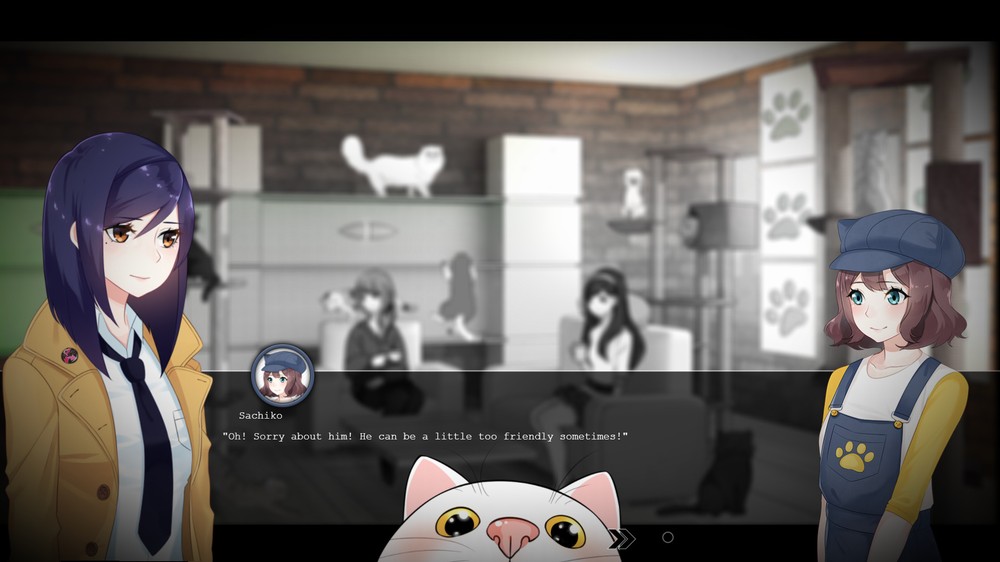 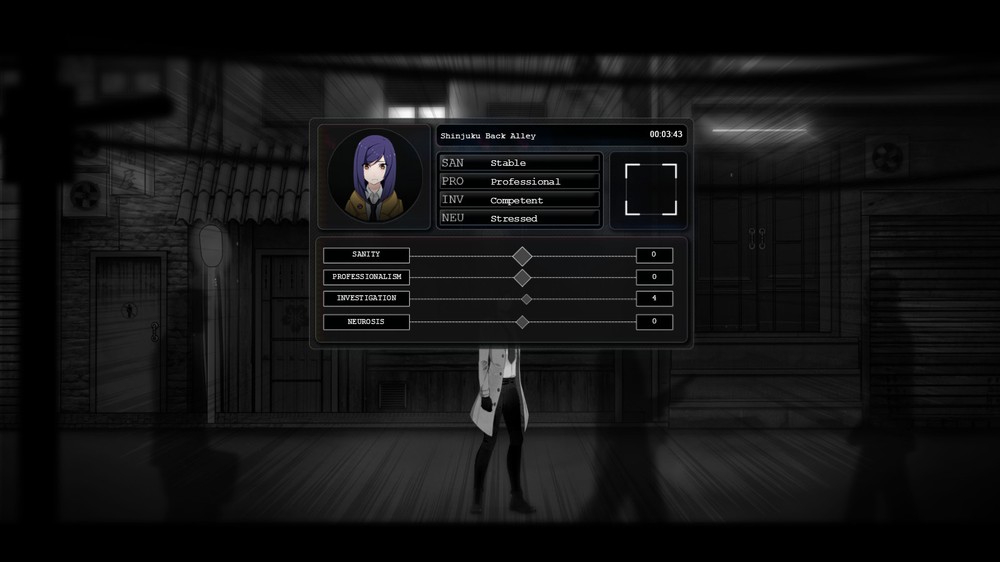 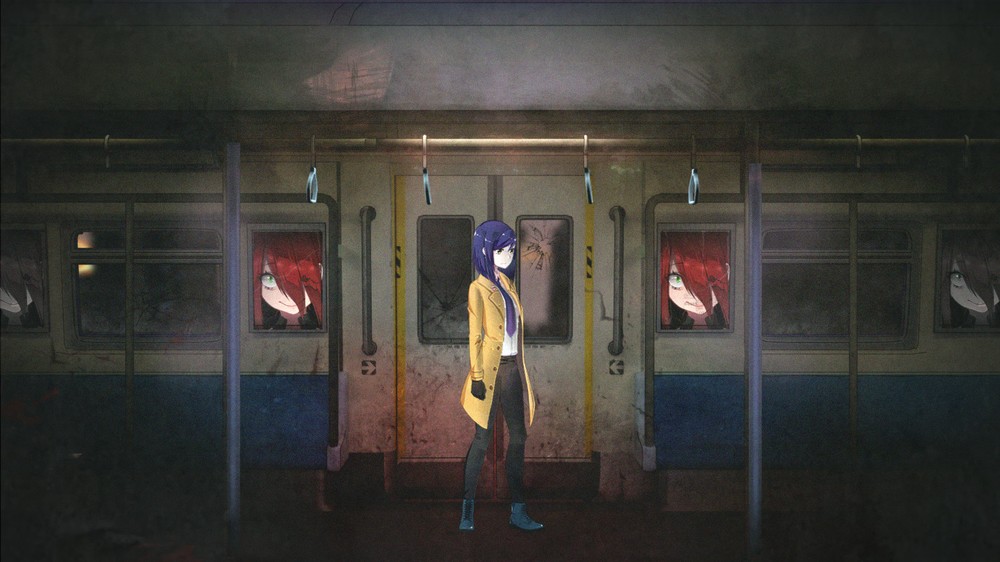 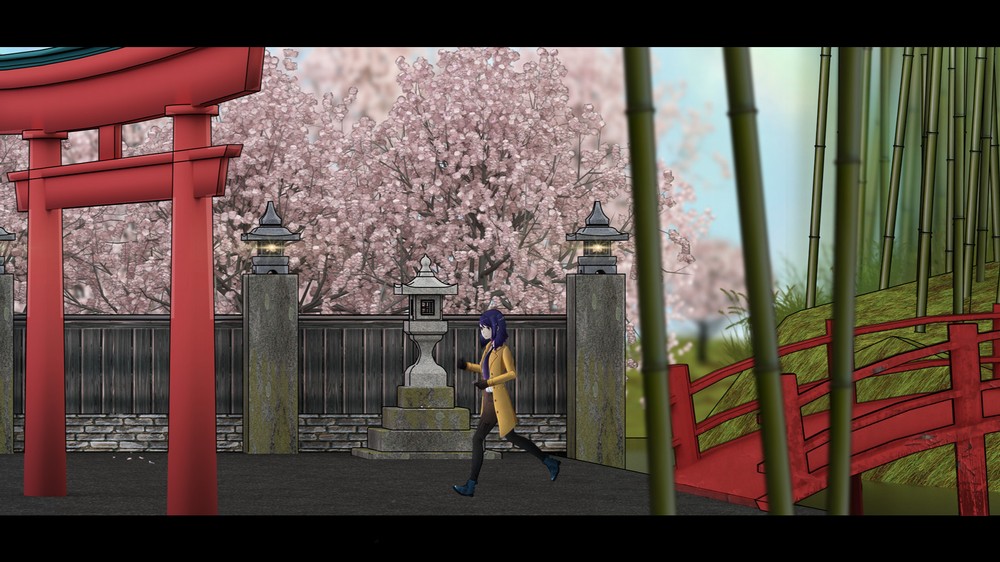 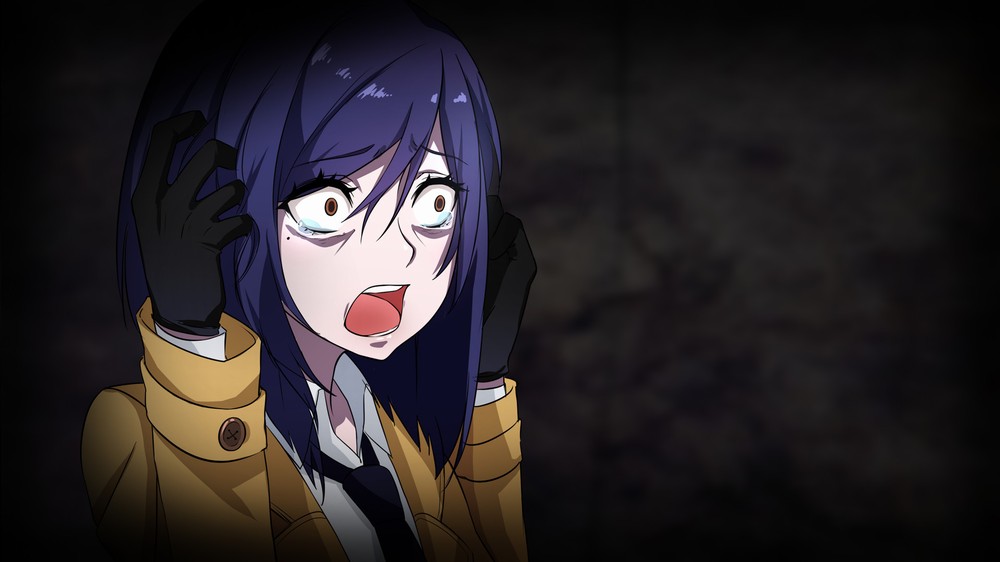