Very hard, if you're up for a challenge
An original concept for a platformer
Tight, simple controls
Good character designs

Very hard, if you're not up for a challenge
Redoing sections you've already mastered because of an error at the end of a course can be very frustrating

A solid choice for speedrunners and challenge junkies.

I feel that I should preface this review by saying that, despite making an earnest effort, I wasn’t able to complete Tinertia. This isn’t through any fault of the game, as the controls are tight, the level design flows well, and the core player actions are elegant. I think, ultimately, it comes down to Tinertia being too hardcore for me and my fading reflexes.

The core of Tinertia is fairly simple: You’re a small robot with a rocket launcher, whose ship crashed into the core of a planet, ascending through a labyrinth of obstacle course to make your escape. You can’t jump. Instead, you shoot rockets by flicking the right analog stick, and the force of their blast launches you into the air. Additionally, for extra control and distance, you can air dash with the left analog stick and a bumper, giving you an extra push and canceling your previous momentum. 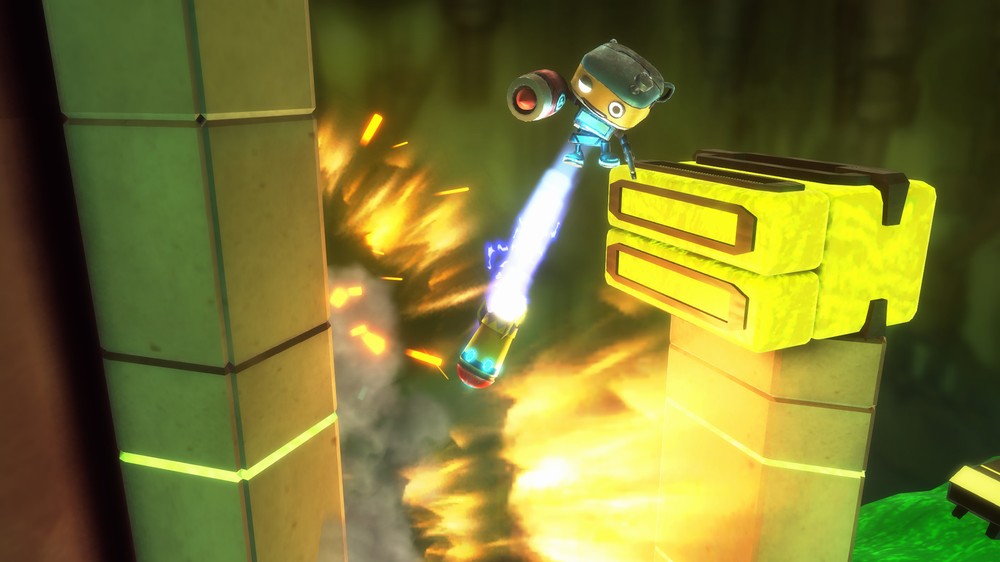 These tools take you a long way, from fairly simple platforming exercises in the beginning, to complex courses full of lasers, temporary platforms, surfaces that alter your friction, and more. What starts as relaxing quickly becomes taxing, and while competent play can finish a world in a couple minutes, it’s more likely that learning the courses and actually correctly performing them will take the better part of an hour.

After being stumped by the movement system for a couple minutes, I was soon fluent. Most of my deaths didn’t come from missed jumps, but bad reflexes and poor impulses, sending me shooting into an obstacle at the exact wrong time. Every death felt fair, and the frustration largely came from my physical inability not to hurl myself to my own death like a giant moron. 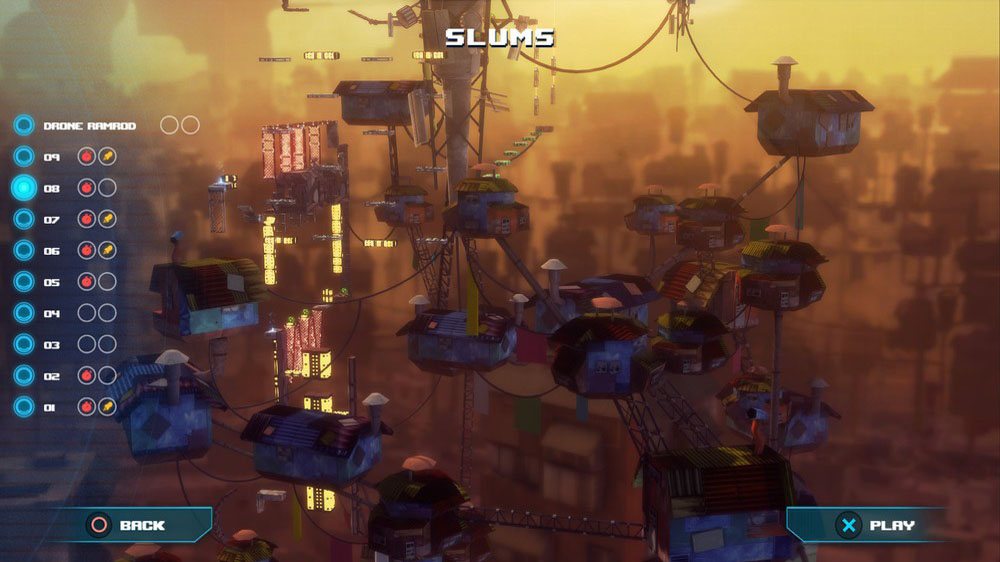 The courses are all part of a single contiguous world, which spirals around itself. It didn’t come into effect in the gameplay as far as I saw – the courses didn’t cross over each other – but it was an interesting effect, and seeing previous courses shoot by in the background as I fell to my death was interesting and did a good job of establishing the overall height of the worlds.

At the end of every world is a boss, where you have to evade parts of a giant robot guardian preventing you from accessing the next world. These are spectacular, in a literal sense, but the first was one of the few points where I was frustrated at the game rather than my own mistakes. While Tinertia did a good job of educating the player in its mechanics up to that points, the fact that you need to use your rockets as a weapon to slow the boss’s massive, chainsaw-fingered hand in addition to a movement tool was a new mechanic that it was necessary to understand to complete the boss fight, and nothing indicated this in play. I had to watch a YouTube video of somebody else beating the boss in order to understand what I needed to do. 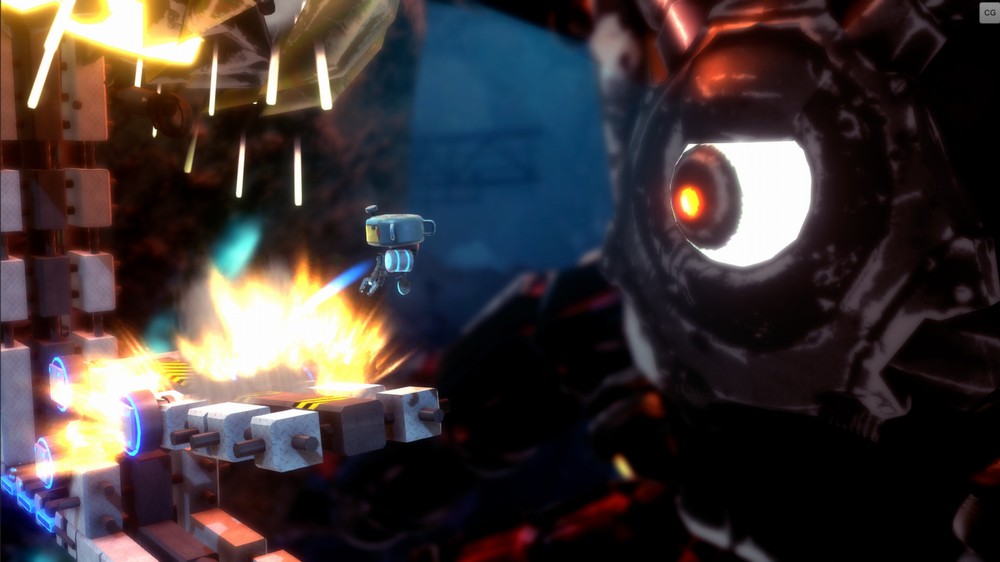 Tinertia is pretty enough, and has a charming graphical style. The variety of platforms and obstacles are clearly differentiated, and the protagonist has a clunky charm to him, with the boss robots huge and intimidating in comparison, looming in the background as parts of their bodies dominate the course and become deadly obstacles. The electronic soundtrack was decent throughout, but highlighted the bosses I was able to reach especially well.

For those with more skill and fortitude than me, Tinertia doesn’t end with the campaign. Each course has a par time and a par for number of shots fired that add even more challenge to an already difficult run through. And then there are speedrun and boss rush modes, for comparing your best efforts against the game against other players. So far, the list seemed pretty empty (I was able to place 7th on the speedrun list for the first world and had a pretty accident-prone run), but it’s definitely ripe for competition. 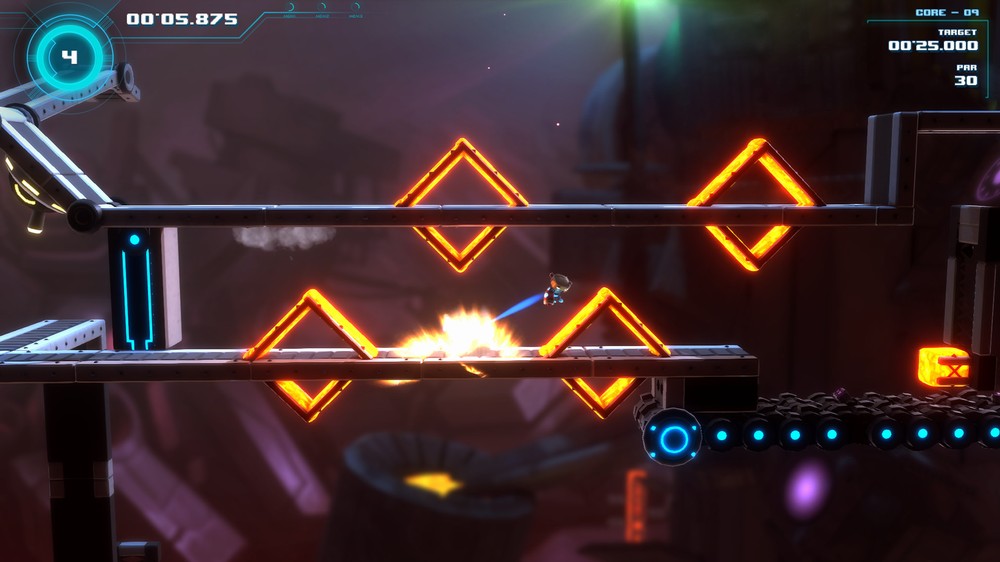 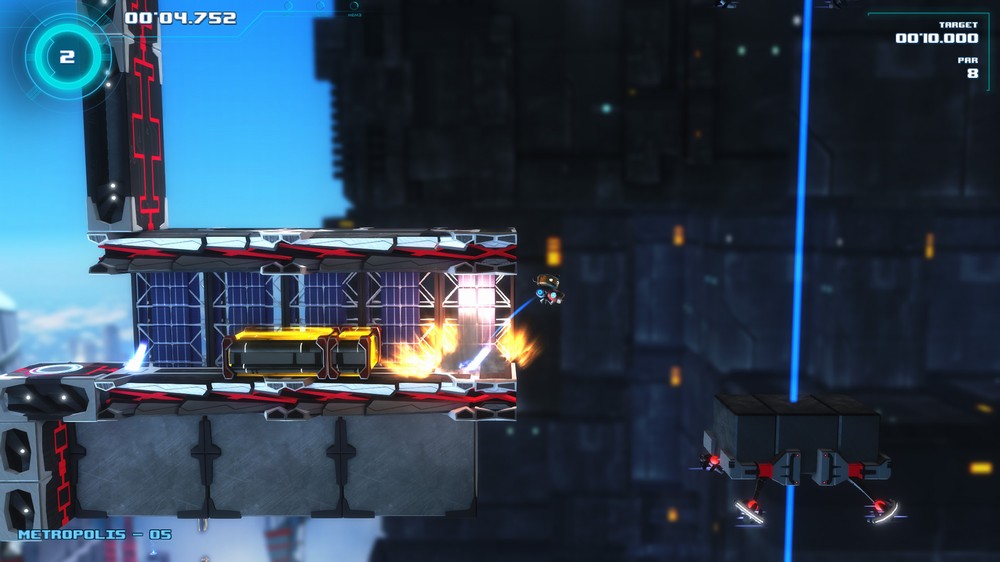 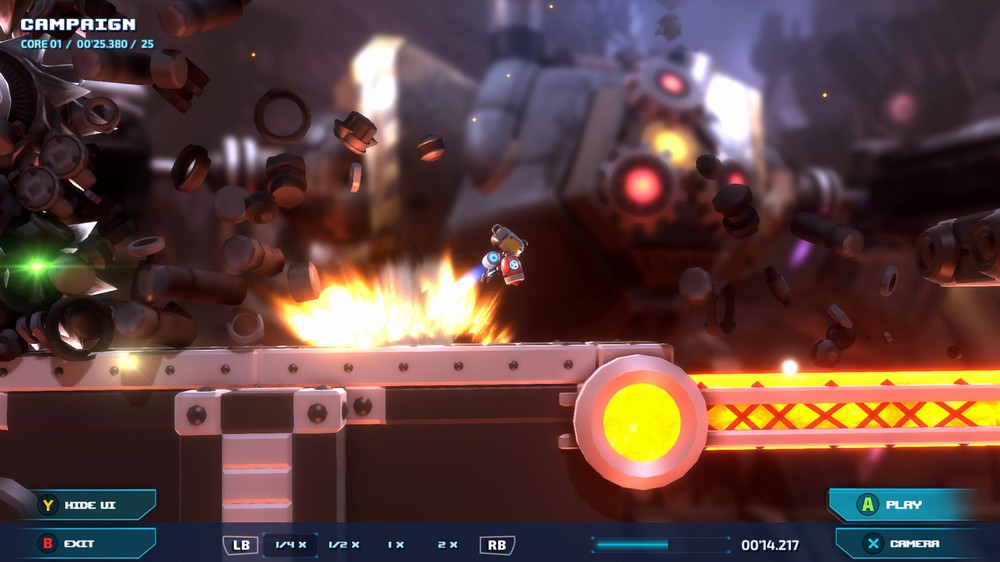 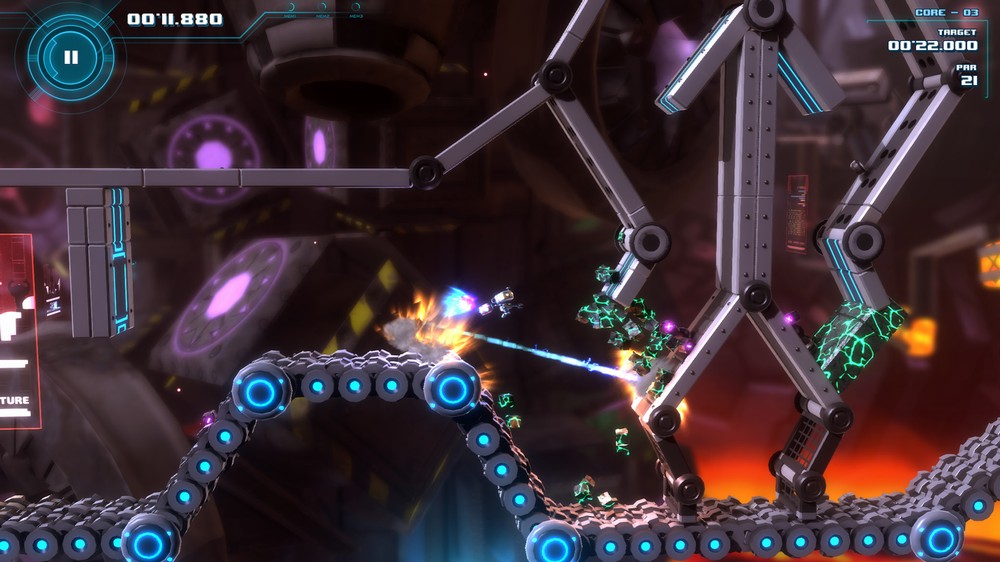 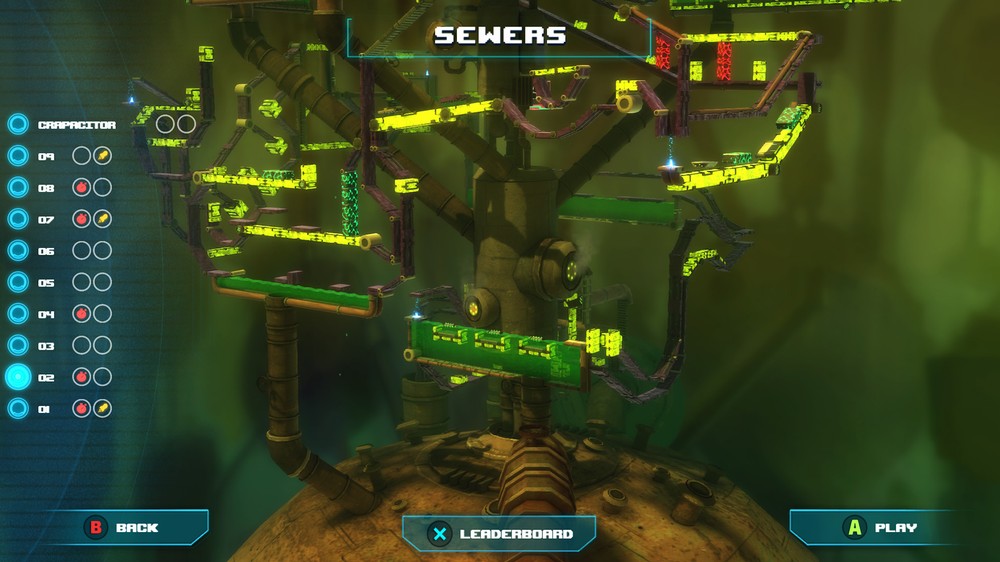 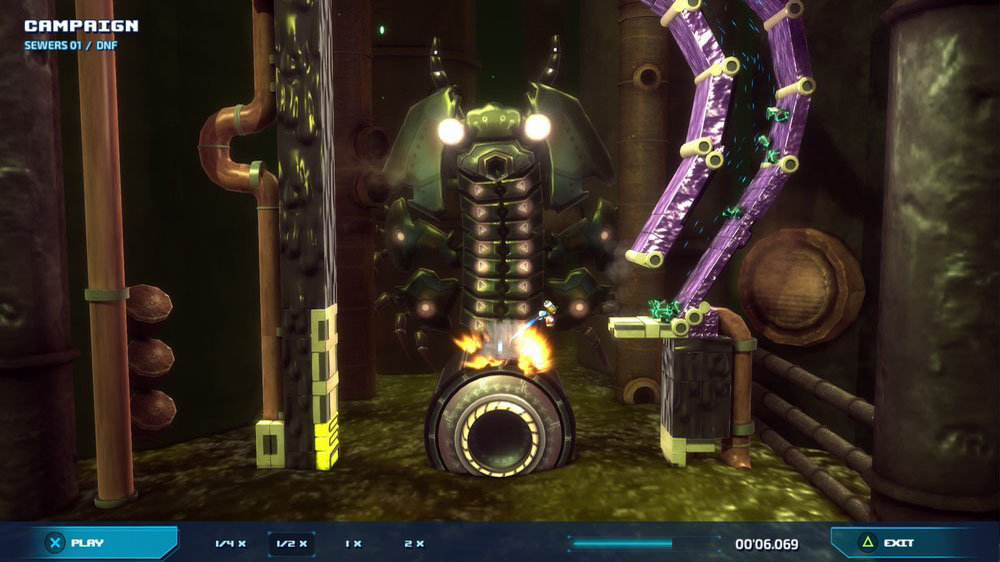 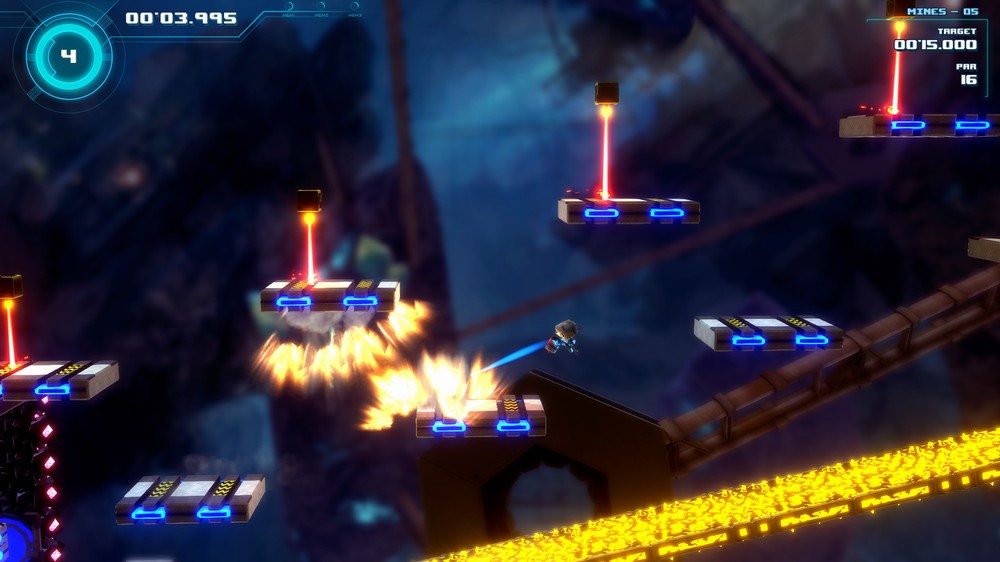 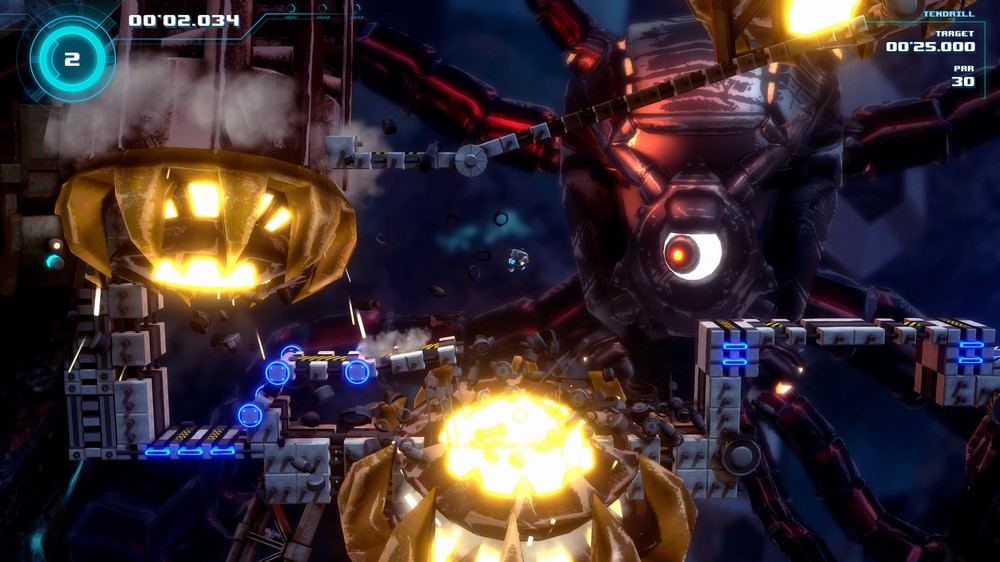 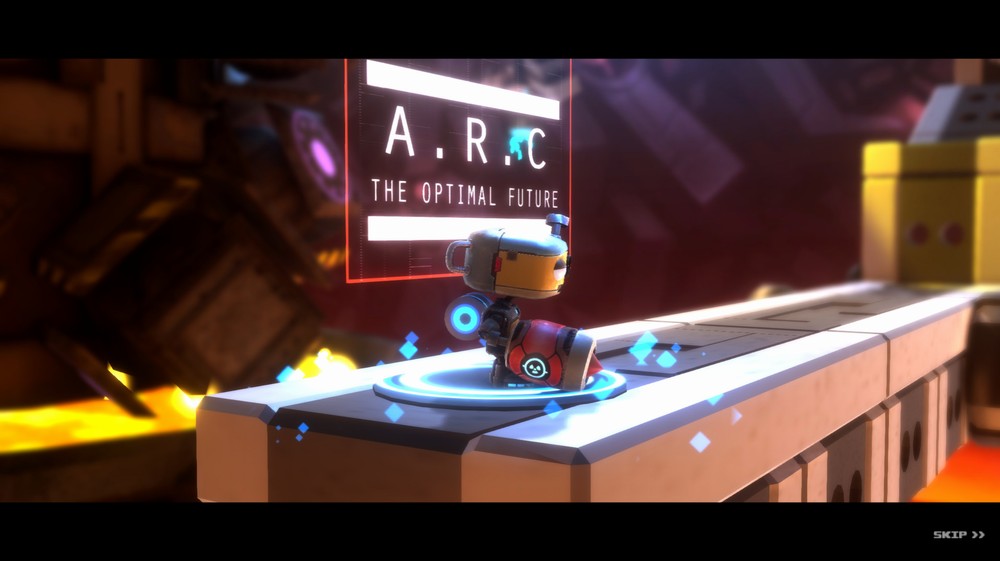 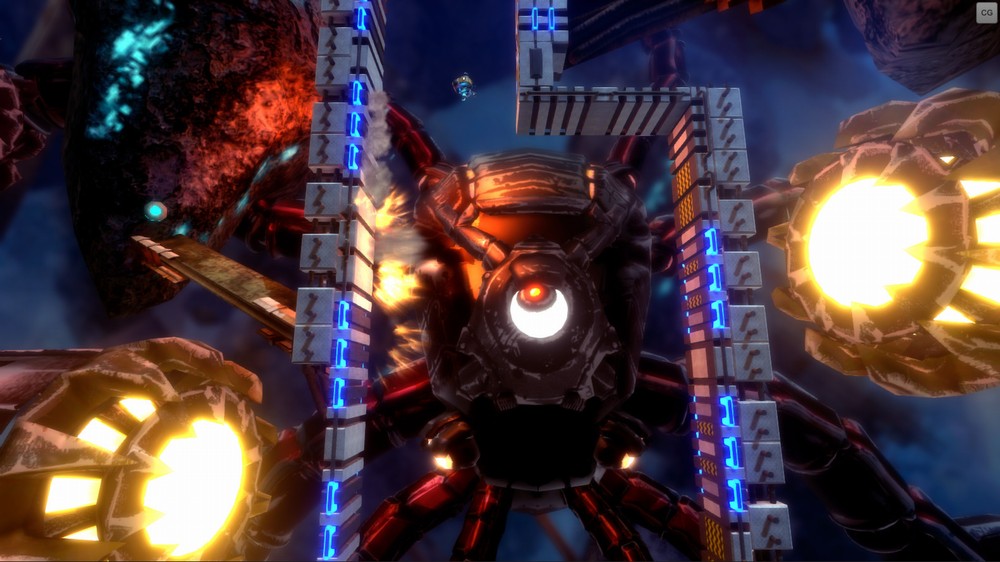 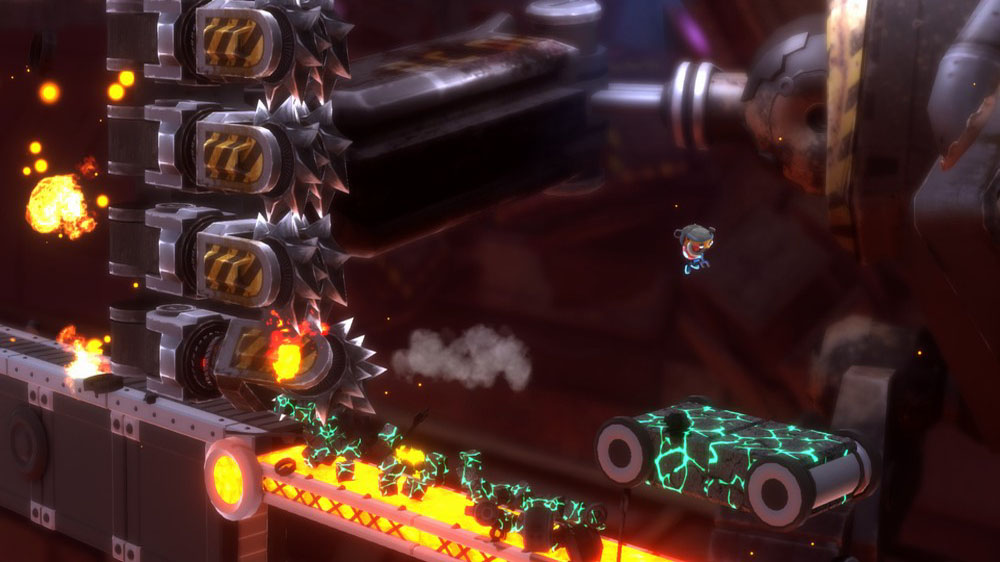 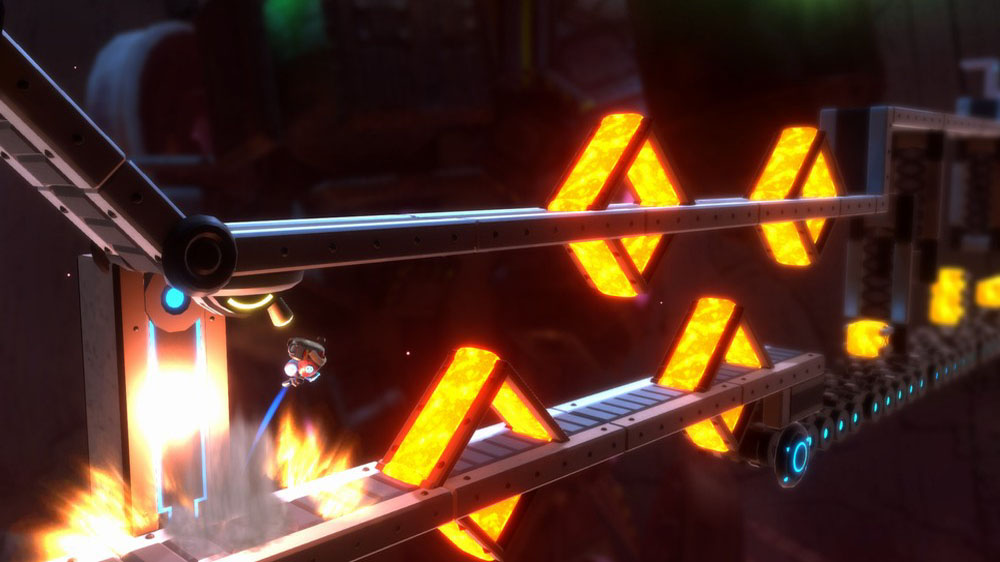