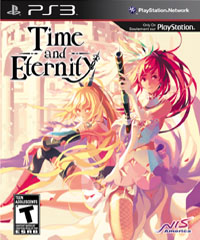 A title that I definitely recommend to fans of J-RPGs and anime.

When I first heard about Time and Eternity a while ago, I found the idea rather intriguing. Sad as it might sound, you get assassinated at your own wedding in the opening act only to spend the rest of the game figuring out who did it and why. If you think that’s nuts, then wait a few seconds because it gets better in Time and Eternity exclusively for the PlayStation 3.

Getting ginsued at your own wedding is a bummer, despite the fact that you really, really want to get past the kissing stage with your dream girl princess. Even as Zack (the player) goes out in the manliest way possible (his words) you’re suddenly upstaged by a badass yellow-haired woman in your fiancée’s wedding dress as she takes out the remaining ninja assassins. Shortly after the mysterious blond and your red haired fiancée Toki talk of saving you as you drift into the afterlife by going back in time.

After going back in time, the player’s soul is bizarrely brought along for the story after going into the body of Toki’s pet dragon, Drake. While awkward Zack/Drake stays by Toki’s side as you learn that Toki is born with a dual soul in one body. That badass blond is actually Towa, the second soul that inhabits her body. Time and Eternity takes a different approach to the normal J-RPG formula as combat focuses on just Toki and Towa’s fighting abilities. RPG lovers will notice the complete lack of a party system as you go on a “one person” offense to find the truth along with you faithful pet. 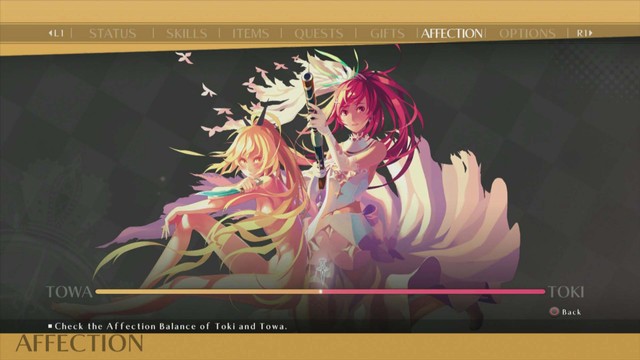 As you try to fix things you’ll come up against some opposition as well as random enemy encounters and be forced into battle. This is where Time and Eternity got interesting, besides the bizarre story, for me. Combat is in real-time and allows you to freely dodge enemy attacks and dish out damage via a wide variety of skills unique to Toki and Towa. While you can only fight with either Toki or Towa at a time, you get to switch between the two at every level change. This adds a bit of variety to the mix as Toki is better at ranged attacks and magic while Towa’s skill are mostly of the up-close and personal variety.

I really liked the way that the developers designed the controls as timing is everything in this adventure. By tapping to the left or right on the left analog stick you can avoid attacks by timing it right. it takes some to get used to but in the end, I found it to enhance the fast paced nature of the combat. At anytime you can even switch between ranged and melee attacks by pushing forward or backwards on the same stick to move closer or farther from the enemy. The trick is to utilize each soul’s strengths effectively in battle. Combat also has an interesting affect on the story as a whole as it keeps track of which soul, Toki or Towa, that you play as more as the balance will never be equal. 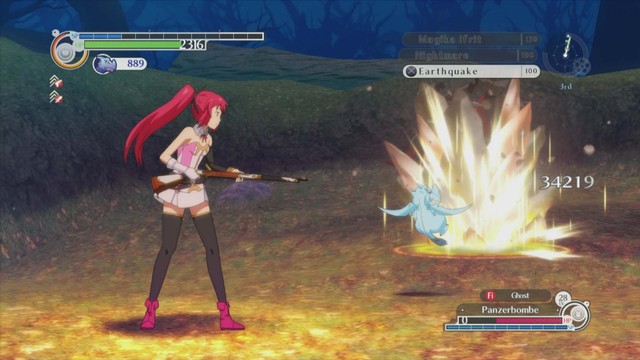 Like in most RPGs, you level up earning new abilities at set intervals, but you also earn gift points as you fight to tailor Toki and Towa the way you want. This allows you to make each soul more proficient at their strengths, gives higher HP or SP or allow them to learn more battle techniques. While you gain these gift points collectively between Toki and Towa, you actually have separate allotments. So say you’ve earned 500 gift points and you spend 400 on Toki, you’ll still have 500 on Towa to use. Purchasing weapons and gear works a little differently in this regard with money however, but you can buy one set of items and equip those to one or both souls simultaneously which is cool. Drake/Zack also aids in combat by dealing damage to enemies and even heals you from time to time. He is however completely computer controlled so you have no control over one of the main characters in the game.

When you’re not fighting out in the world, you’ll spend a lot of time navigating the world hunting your objectives or chatting in 2D animated sprite conversations all the while in 3D environments. I have to hand it to the developers on the 2D sprite world. Each character, combat movement, and conversation is meticulously hand drawn frame by frame so the whole package comes off like an anime movie which is cool. The world map used to get from place to place is also beautifully detailed in a vintage-style look that is perfect for this game. The only downside is that animations do get recycled and the hand-drawn work looks odd against the 3D backdrops and environments that are not nearly as polished. There’s also a lack of a local map while in the numerous locales that you visit. You’ll spend a lot of time just getting drawn into fights while you’re wandering around looking for missing hamsters and the likes via a plethora of fetch side quests with a limited mini-map in the corner of the screen. 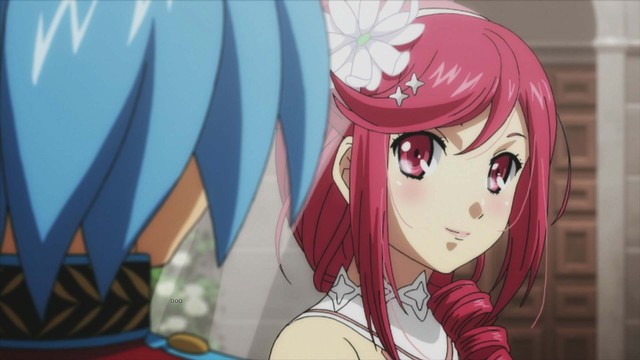 As mentioned the conversations are presented in an anime style which I actually really liked. The main story moments are all voiced and nicely designed and sometimes completely over the top. This is especially true anytime someone tries to hit on Toki/Towa when Drake/Zack is around. Sure it’s the expected anime jealousy shtick but it’s funny. The voice actors do a good job and I loved the contrast between Toki’s naivety and Towa’s brash personalities as they are voiced out. Sadly spoken dialogue only takes place during the major story moments and during the social interaction segments at your home base of operations. The musical score which is composed by Yuzo Koshiro and Takeshi Yanagawa is actually quite good. The battle music while, repetitive, adds to the fast paced nature of combat nicely.

Time and Eternity is easily a 20+ hour anime infused adventure that while fun was hindered by unpolished visual backdrops and a few other issues. The combat is fast paced and fun though repetitive in the long run, thanks to the lack of a bigger map. As an anime and RPG fan, I actually really liked the humor and voice acting especially when paired with the hand-drawn animations. While this over-the-top styling may drive people away Time and Eternity is a title that I definitely recommend to fans of J-RPGs. 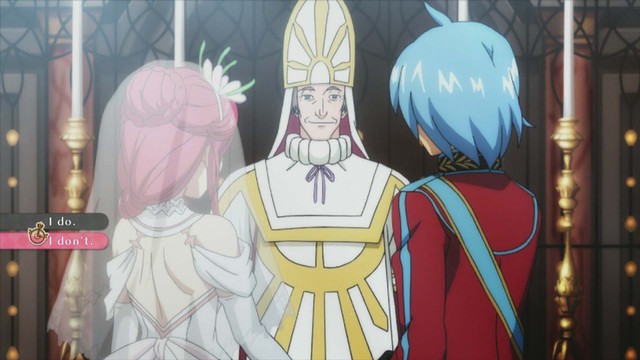 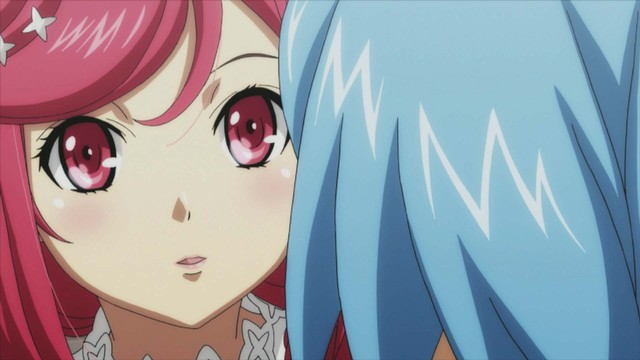 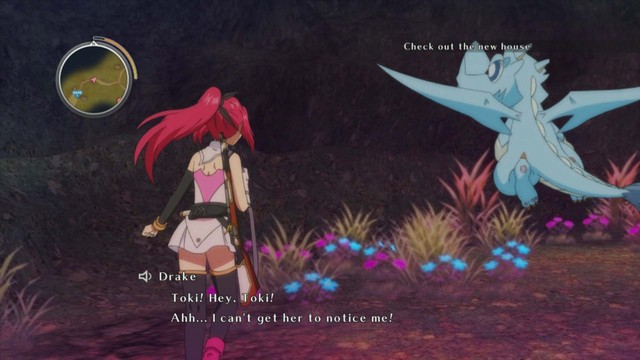 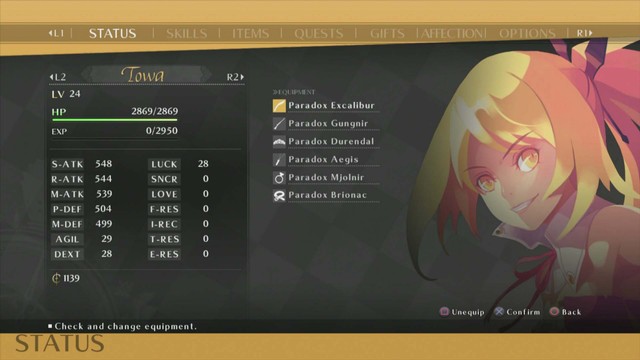 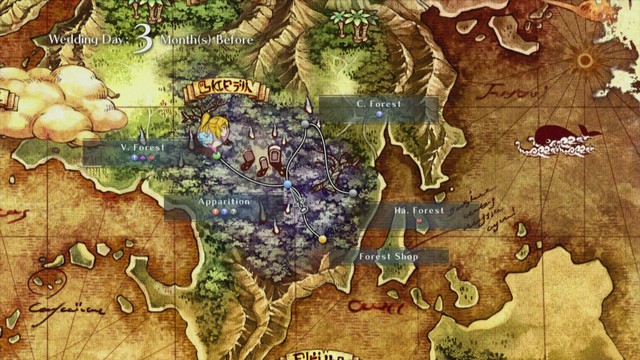 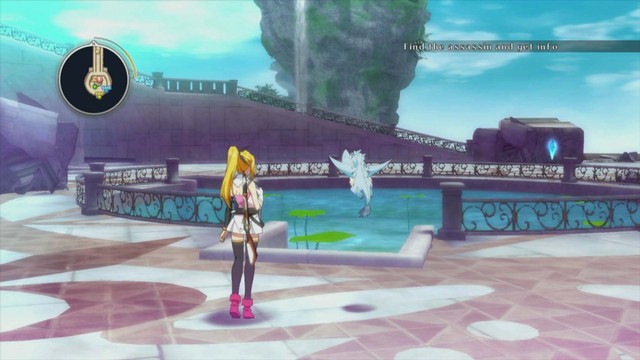 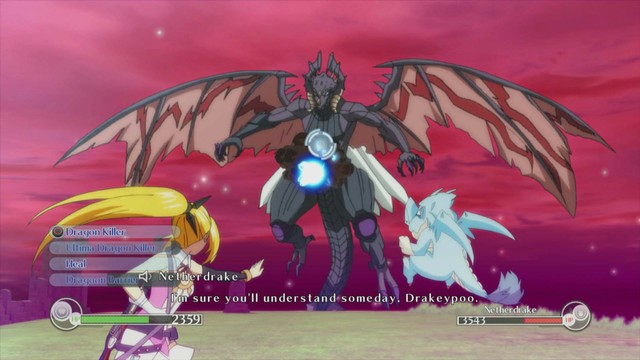 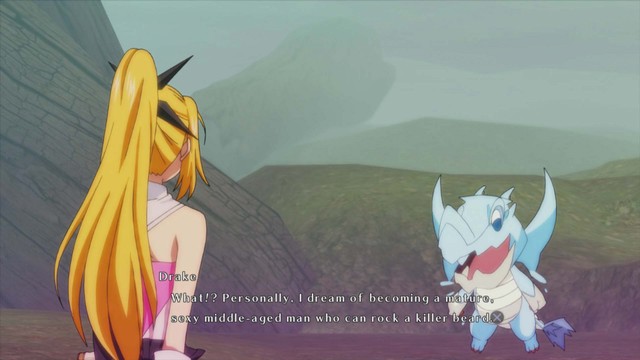 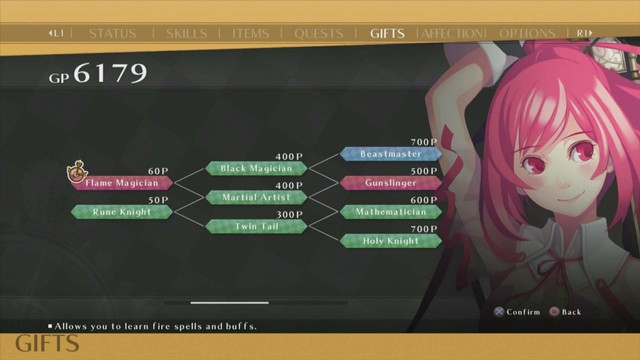 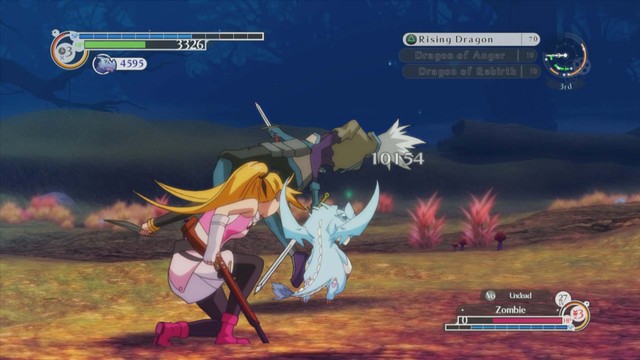 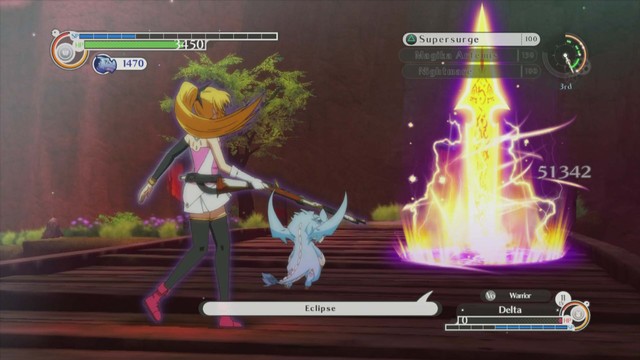 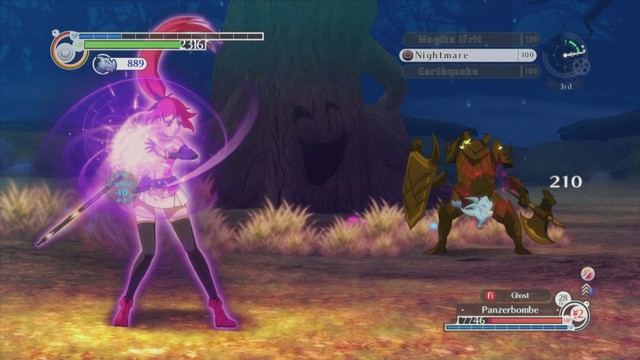 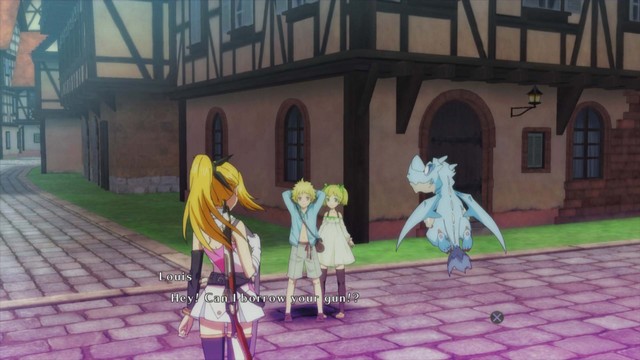 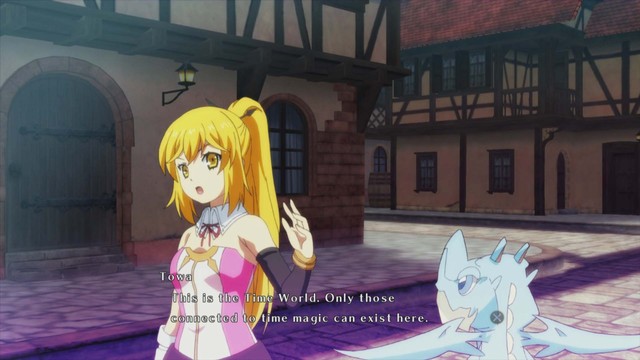 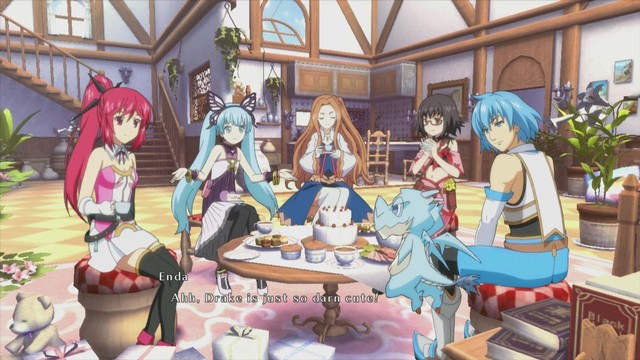