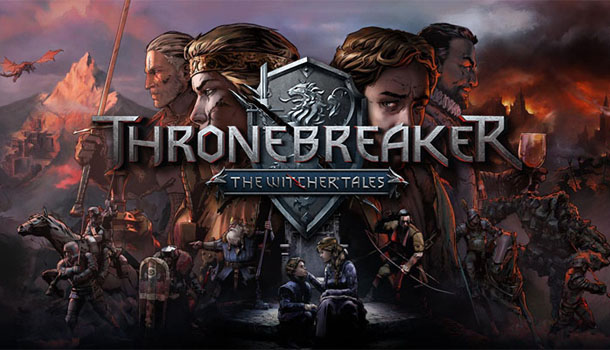 While the time of our favorite White Wolf has passed, the world of The Witcher series is far from over it would seem. What I didn’t see coming however was where CD Projekt RED would take the next adventure into a world that I’ve come to cherish. Months ago if you had told me that they would create a single player RPG title with the card game Gwent at its core I’m not sure I would have believed you then. Well CDPR actually did just that with the release of Thronebreaker: The Witcher Tales for PC.

Make no mistake though; Thronebreaker is unlike any card game (physical or digital) that I’ve ever played. In the opening hour of the game you will quickly realize that the same writing and dialogue choices that made The Witcher Trilogy so engrossing and detailed is present here. Thronebreaker is an interesting mix of gameplay elements to be sure. Its equal parts resource management, roleplaying and card game mechanics make for a different but uniquely thought-provoking tale. 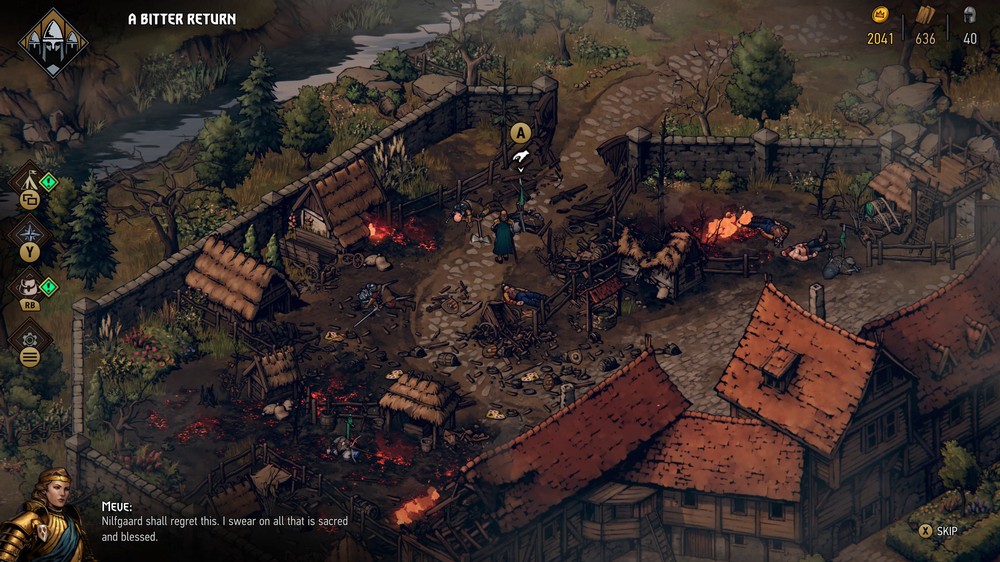 You play as Meve, the Queen of the twin kingdoms of Lyria and Rivia, who is the kind of queen that is on the battlefield more than sitting on a throne. It’s a big part of why I like her so much despite all the hard choices that you’ll have to make as her throughout the story. The story itself takes place just before the trilogy during the Second Nilfgaard War with you visiting locations only mentioned before such as The White Wolf’s Rivia and Mahakam the industrious home of the dwarves, gnomes and other races. Since the Queen has been away at a summit, things have not fared well in her kingdoms as bandits such as The Strays of Spalla have boldly taken advantage of her leave among other things that I will now spoil.

Your adventure is broken down into three main areas of gameplay. The first is more of your traditional isometric RPG where you navigate Meve around the world. You can do this with entirely and natively with the mouse or you can fully use a controller which works well for the most part outside of the card game combat. Here is where you also find the three main resources: gold, wood and soldiers that ultimately make up what you can actually do to strengthen your chances to succeed. 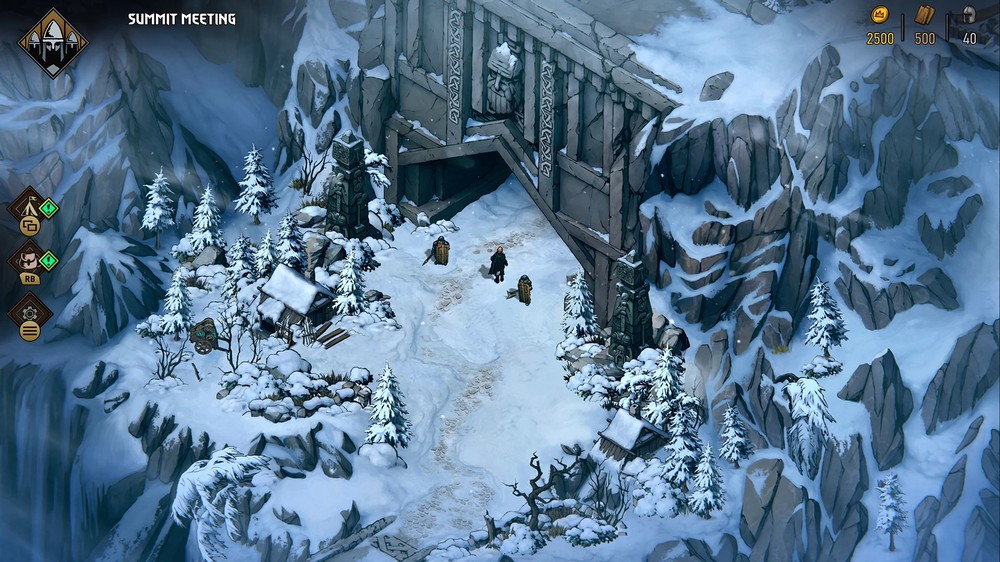 The only way to actually do that is to visit your camp which you can do at pretty much any time after your first introduction to it. Resource gathering makes up the second main gameplay element. Your camp serves as your way to improve little things with the resources you acquire like gaining access to a map of whatever region you are in but also much more important things like recruiting new troops or more gold after each battle. You need gold for sure as it’s the biggest resource used in recruiting new types of troops that you can create to add to your card deck.

Players start out with a default deck that you can customize as you progress through the story. You can only have 25 card in your deck however and this includes up to 3 trinkets that can be equipped to Meve to aid her troops. You also have to balance out your cards to not exceed a point value of 125 points as each of your cards has a default cost attributed to them that adds to this total. There is plenty of micromanaging to be had as even if you think you’ve got an unbeatable deck there is always room for reshuffling the deck should the need arise. 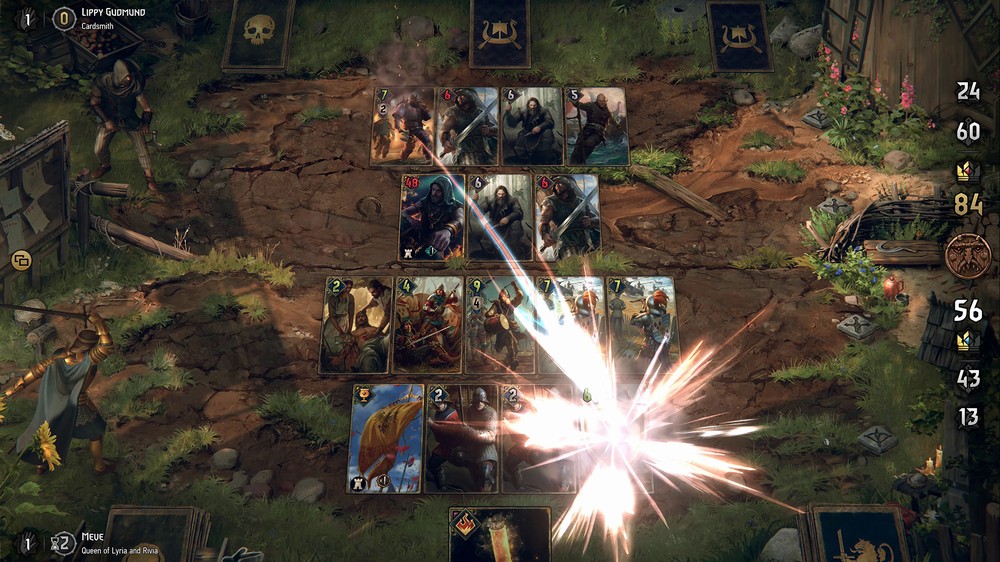 Anyone that’s played The Witcher 3 will no doubt have come across the insanely enjoyable card game Gwent that has since been released as its own separate game. Well Thronebreaker utilizes many of the standard rules but still manages to throw some great twists into each battle. Paying attention to the commander’s abilities in each fight is important to trying to avoid pitfalls like them being able to resurrect any enemy that you actually defeat.

I have to say that win or lose in any battle Thronebreaker is an absolutely stunning game that features a rather different approach to the main series. Here they went with a cell shaded design for much of the environment that reminds me of another series to uses a similar style. Here though it works beautifully in a high fantasy setting with attention made to character interactions with the world such as dust kicking up behind Meve. The world itself also isn’t static across six different maps across this 30+ hour adventure. You will see trees moving in the wind as well as NPC doing various things about the world they inhabit. Players can also opt to purchase for free a 4K graphic assets pack to make Thronebreaker shine in greater detail. 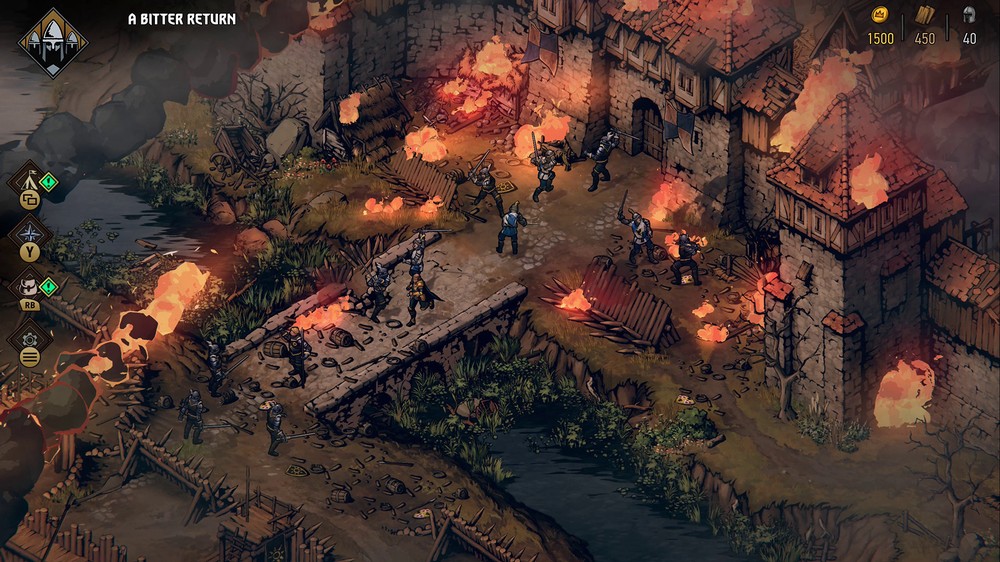 The best part of Thronebreaker is how well it captures the same feel and craftsmanship that the trilogy has in a completely different manner. What hasn’t changed are tough choices that you have to make. Things are never cut and dry and you’ll have to live with every choice you make as the game saves quite frequently throughout. Tough choices like sacrificing personal integrity in lieu of being a decent person for instance are one of many layers that you’ll have to navigate as Meve to result in one of 20 different final world states. I couldn’t help running a second playthrough to see how much different decisions made the story evolve.  Dialogue is handled by traditional dialogue boxes that are nicely brought to life with characters models that are not just static but actually move which is a trend that I rather enjoy these days.

For those looking for a little more Gwent action you can install the Multiplayer portion which is the official Gwent card game that you can access from within Thronebreaker’s main menu. While this seems like an odd choice you’ll quickly find that you can find and unlock special deck cards within Thronebreaker to use exclusively in Gwent. It’s a rather nice cross promotion for a game that can be a lot of fun. Personal u prefer the single player element of Gwent over playing against a real opponent but it adds more playability if just want to play Gwent. 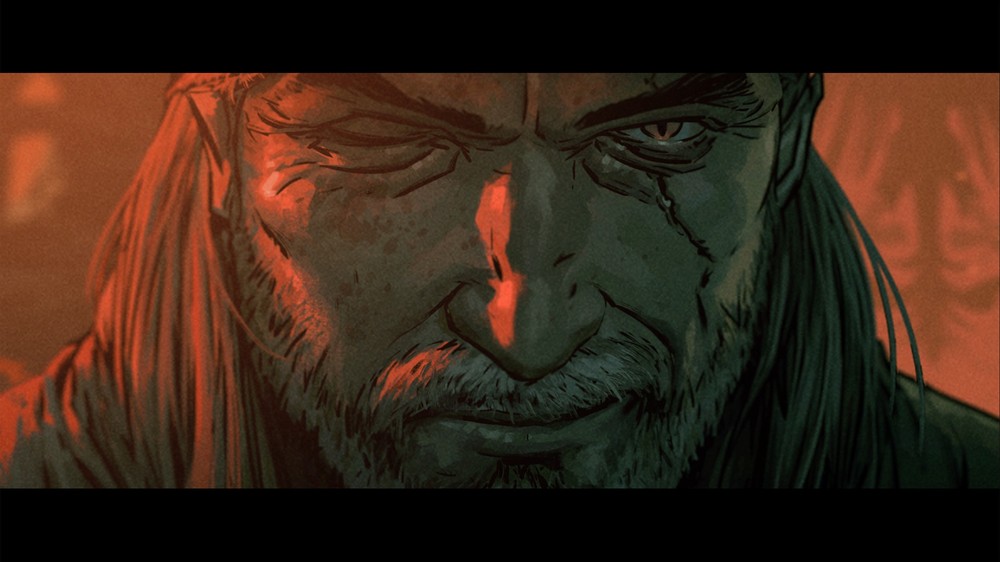 One thing that CD Projekt RED has never failed to deliver is a well-crafted world and story. The multiple world-end states is reason enough to play Thronebreaker more than once and you can only improve on your next playthrough as learn the ins and out only really thrown for a loop based on different choices. Thronebreaker is another fine example of CD Projekt RED’s continued excellence with this melding of RPG, resource management and card game in a beautifully created world. Thronebreaker: The Witcher Tales for PC is definitely the most thought-provoking card game that I’ve ever experienced in my years trying my hand at them. If you love the Witcher series and Gwent then you absolutely have to check out Thronebreaker: The Witcher Tales for PC today.