The Wolf Among Us – Episode 2: Smoke and Mirrors Review – PC/Steam

Beautiful graphics and a fun take on modern fantasy noir.

Episode is even shorter than the first, which was already too short. The worry that we'll have to wait months for episode three

One of the best interactive murder mysteries gets even better in this short but thrilling installment.

If you liked the first episode of The Wolf Among Us, you’re in for a treat. And if you’re waiting until the entire game comes out to pick it up, things are still looking good, but you are going to have to be on a diligent media blackout to avoid spoilers. Telltale’s interactive storytelling is as sharp as ever, and this new episode, Smoke and Mirrors, brings Bigby down the next few steps of his investigation, with all the twists, turns, and reveals that you’d hope for out of a good noir detective story. Of course, it’s hard to say much without spoiling the surprises, but it’s still a great ride.

Episode 1 ending with a shocking reveal that has kept gamers on the edge of their seat during the unusually long release interval between it and this follow-up, but your wait will be expertly rewarded even before the opening title sequence of Smoke and Mirrors.  As the title implies, there is a lot of deception and misdirection taking place and the mystery takes a twist into the dark areas of prostitution and the sinister plans of an unknown serial killer.  The second episode does a good job of revisiting characters established in the first chapter while introducing just as many new and interesting characters like Nerissa, aka, the Little Mermaid and Georgie, the slimy owner of the Pudding and Pie strip club. 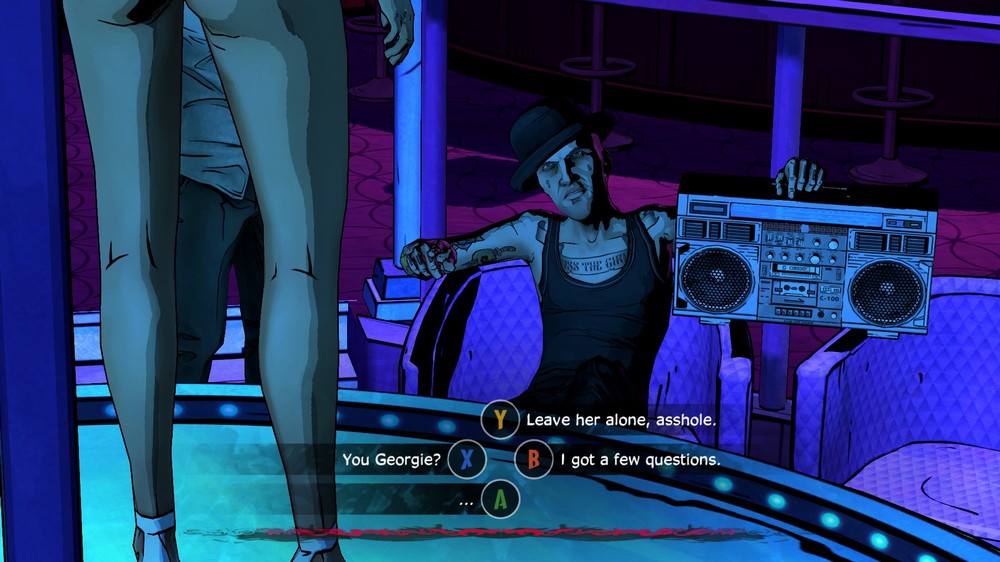 By clever design, your previous choices come back to help or haunt you in this episode just as your new choices are certain to mold your path in future installments, but there are generally no right or wrong decisions; just slight alterations to the narrative.  For instance, early in this episode you have a chance to pocket some extra money, and later in the game you will need to spend some money.  If you took the money earlier you have it to use, otherwise the game provides the necessary cash in an alternate method.  As with the Walking Dead games; you aren’t really “playing a game” as much as you are “directing the narrative”, both in the moment and in the future.

The characters from fantastical stories have been driven out of their native land, and settled in New York, under an amnesty that brings monsters, villains, and fallen nobility together. The lucky live in Fabletown, a neighborhood protected from mortal attention by magical means, while the less fortunate live on the outskirts, away from the protection of the fable government.

In the middle of this, you’re Bigby Wolf. After the amnesty given to fables, you’re the sheriff of Fabletown. Trying to enforce the rules is a thankless job, and your history – eating Red Riding Hood, blowing down pigs’ houses, and your time as a terrible manifestation of nature, red in tooth and claw – doesn’t make it any easier. In the wake of the killings in Fabletown, Bigby Wolf spends this episode following up leads, interviewing witnesses, and looking for crime scenes. It’s pretty standard detective work, but it’s fun to play through, and try to piece everything together.  Fans of the C.S.I. series of games will likely find enjoyable similarities in the way you search crime scenes, analyze evidence, and question witnesses. 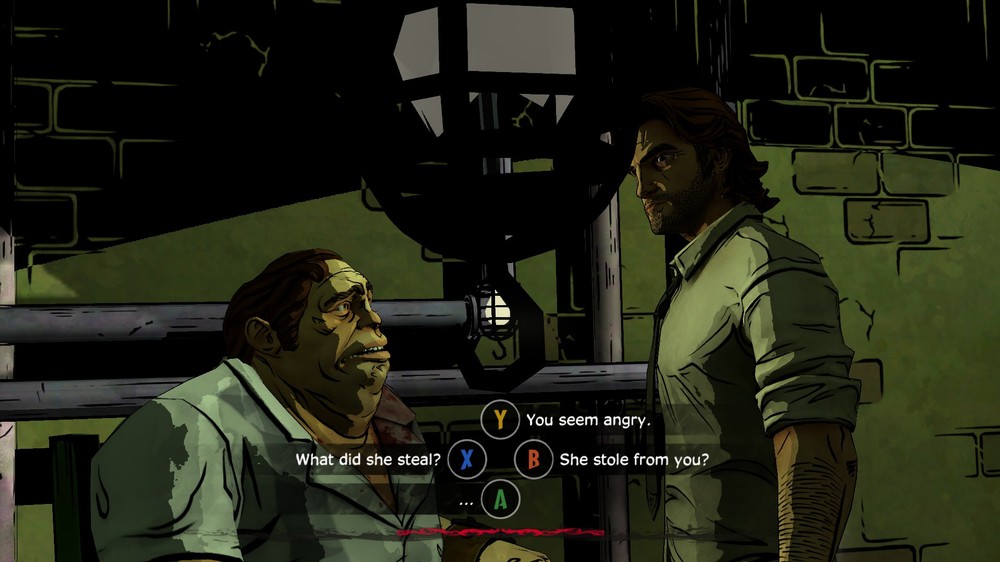 You’ll make choices under a time limit that determine the events of the story, and you never know what’ll come back later and what won’t. It does a great job of putting you in the shoes of Bigby, making snap decisions and hoping things will work out, and as much as in the tense situations in The Walking Dead, when you’re dealing with the families of the dead or trying to get a witness to talk, knowing when to ask questions, make statements, or just shut up and let things unfold is vital.

The voice work is great. My initial concerns from the first episode ended up not panning out, and now I’m enjoying each of the characters. In particular, Ichabod Crane really comes into his own in the introduction of this episode, and we get a unique look at how the Fables coexist with humans.

The visuals are pretty much perfect. On a technical level, the cel shading is ace, to the point where screenshots have the look of being hand-drawn pictures. The color palette isn’t quite as muted as I remember the comic being, but gives a lurid air to the investigation. Meanwhile, the environmental details are amazing. The twin advertisements in an hourly hotel for an escort service and a suicide hotline were a brilliant detail, but every environment you go through has touches like that to really bring it alive.

Episode 2: Smoke and Mirrors felt shorter than the first episode, which was already being criticized for its brevity.  The first two episodes combined are about the length of a single episode in The Walking Dead, and you’ll have this installment wrapped up in two hours or less.  Then again, it’s about quality and not quantity, and every minute you spend in Fabletown is a moment to immerse yourself in the story and brilliant presentation of that story.   The Wolf Among Us is one of those games that will have you thinking and talking about it long after you have played it, trying to guess what is coming next and perhaps second-guessing decisions you have already made, and when a title can do that then video games have truly evolved into a new species of interactive entertainment. 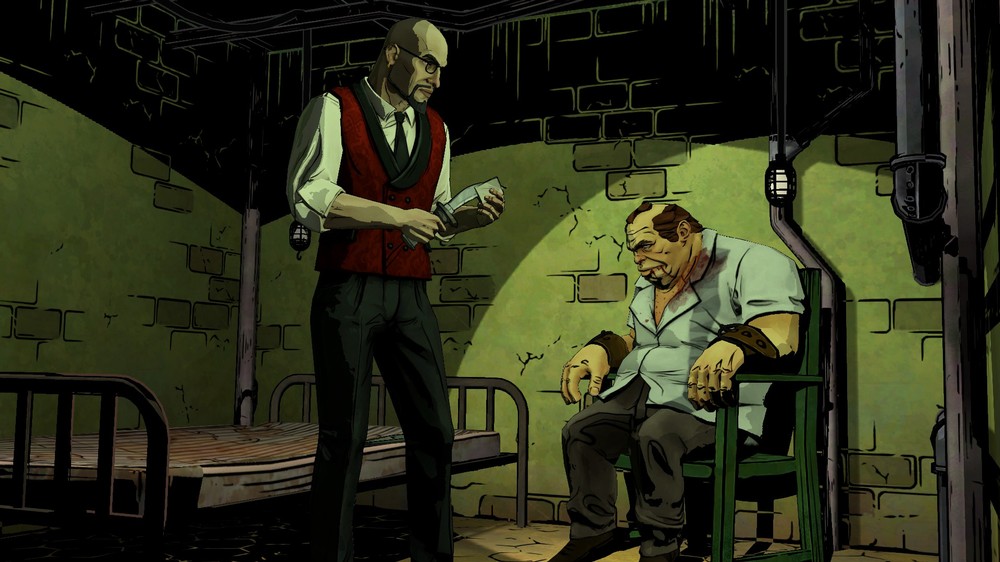 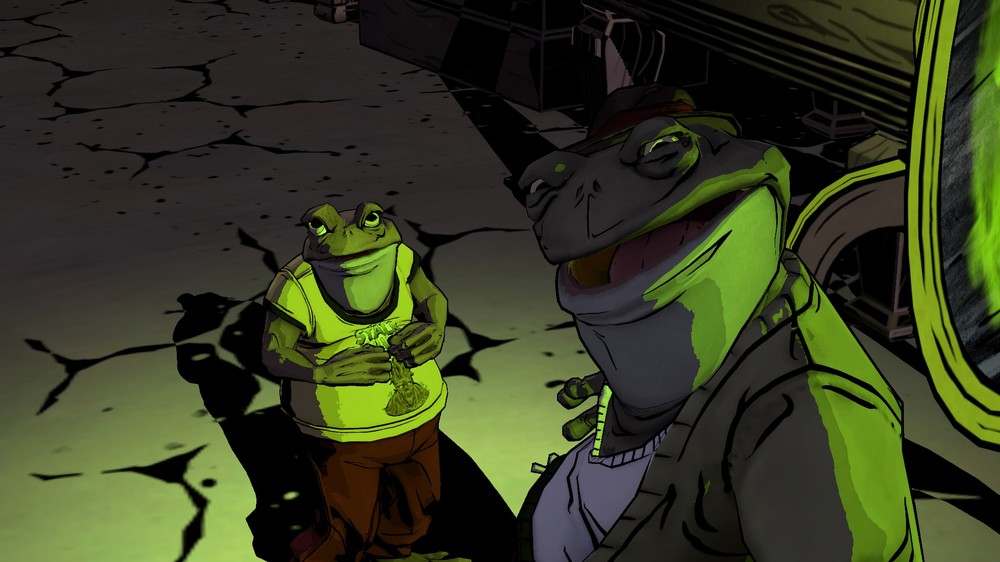 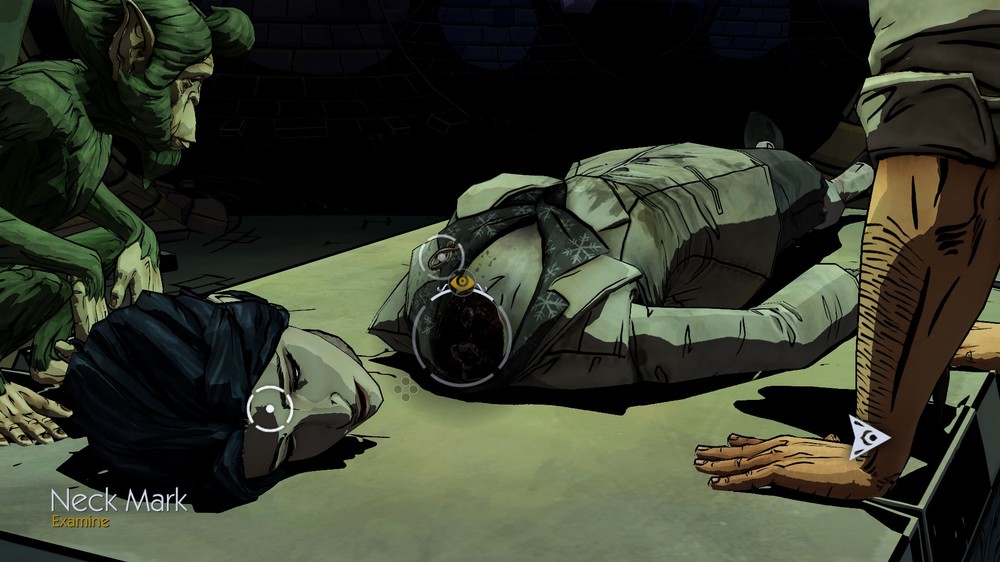 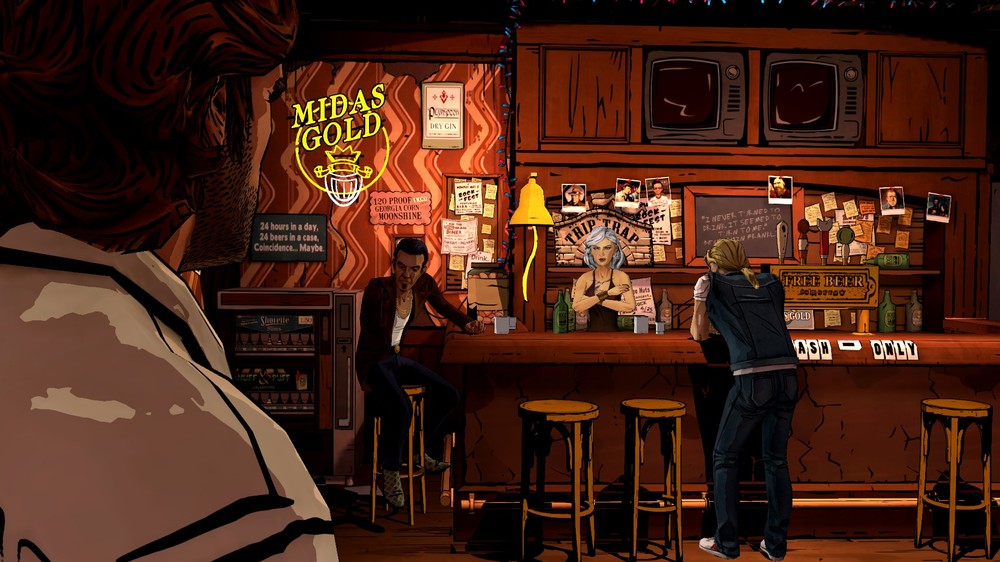 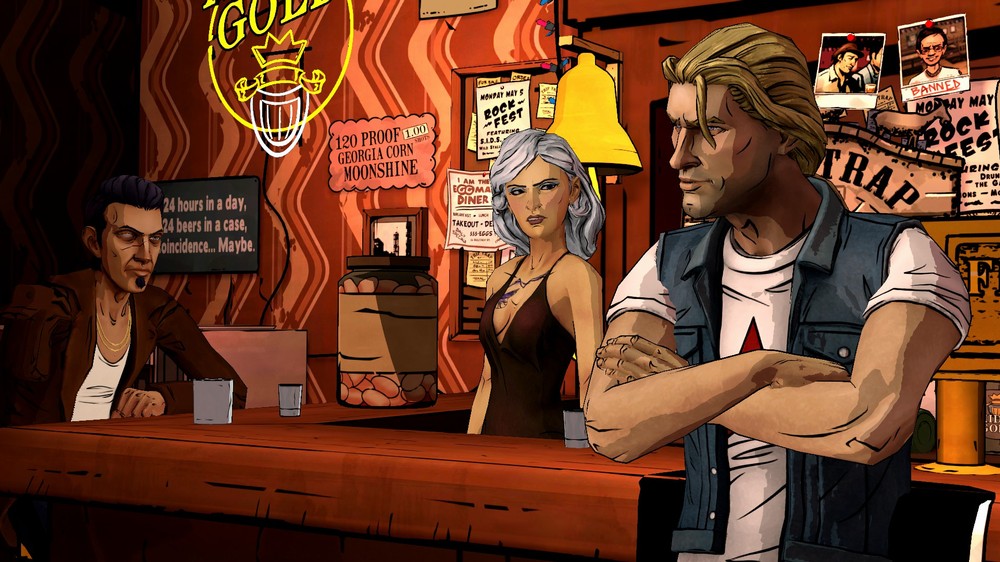 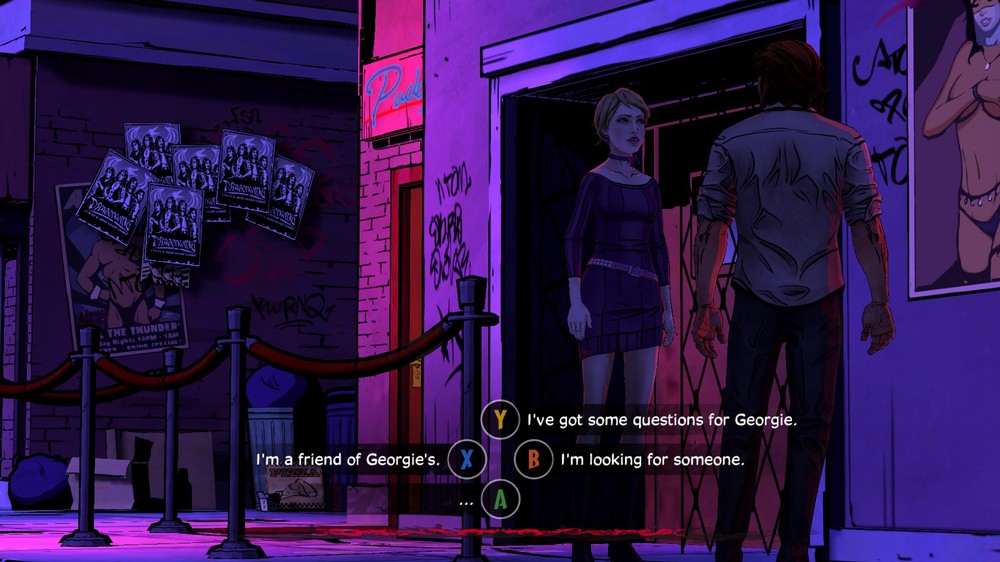 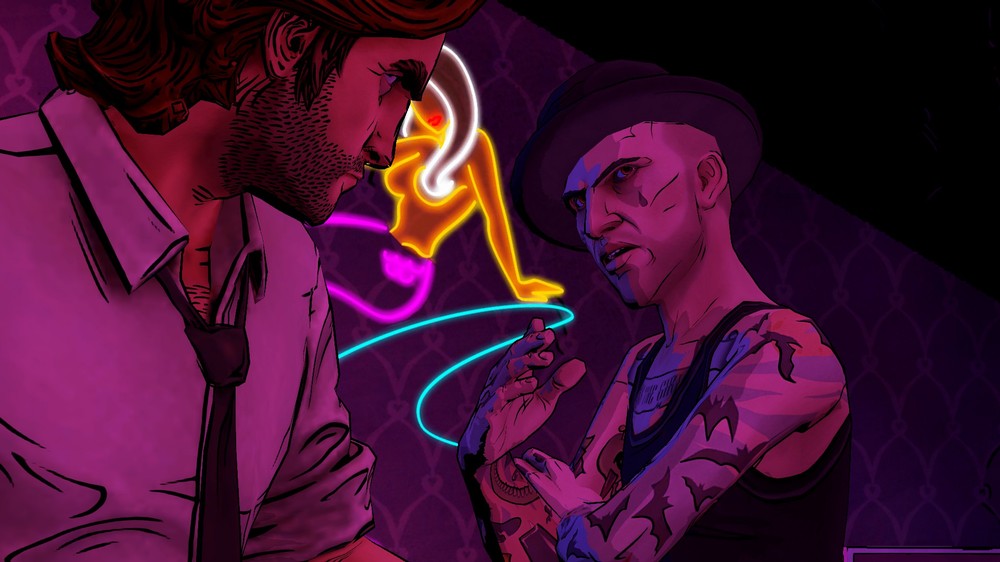 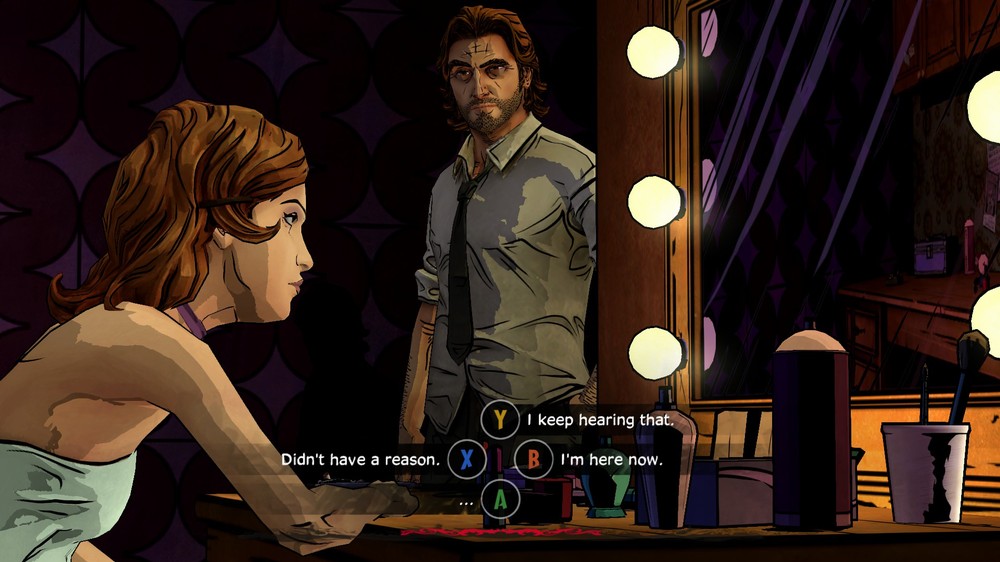 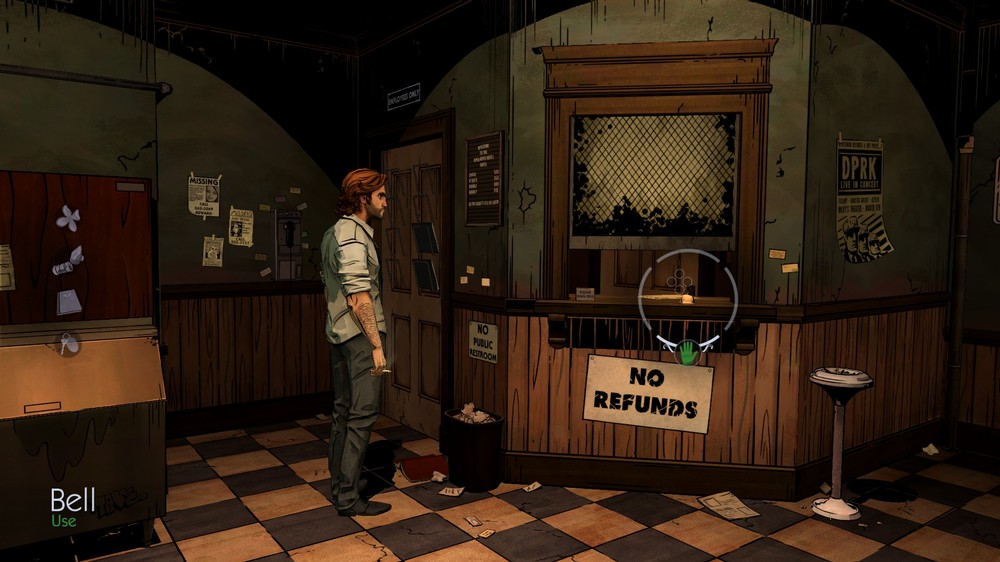 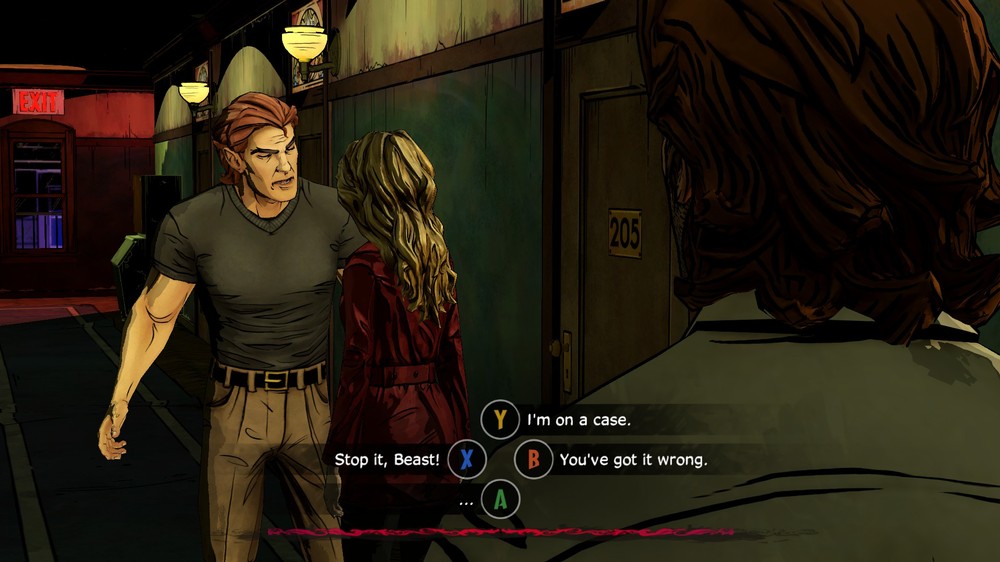 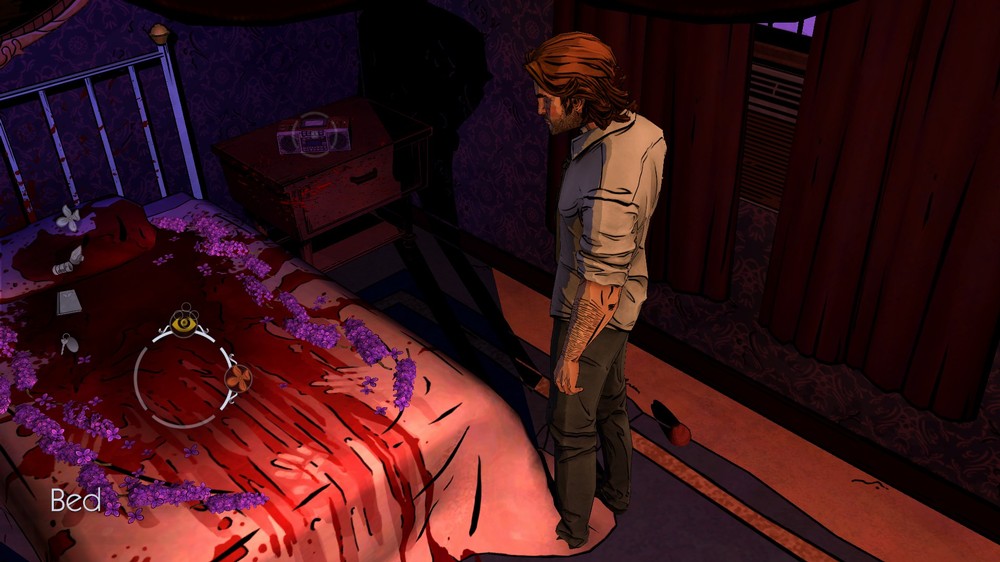 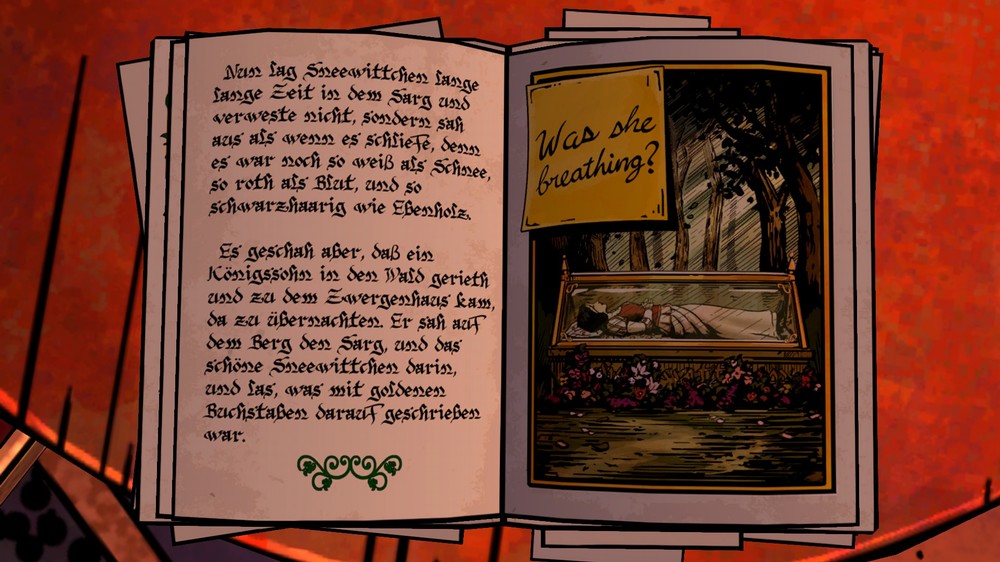 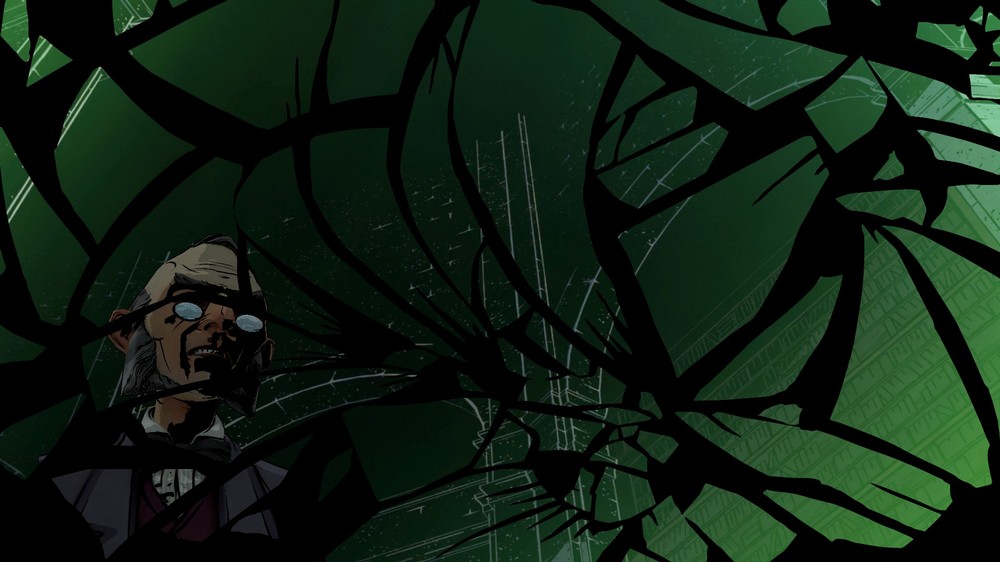 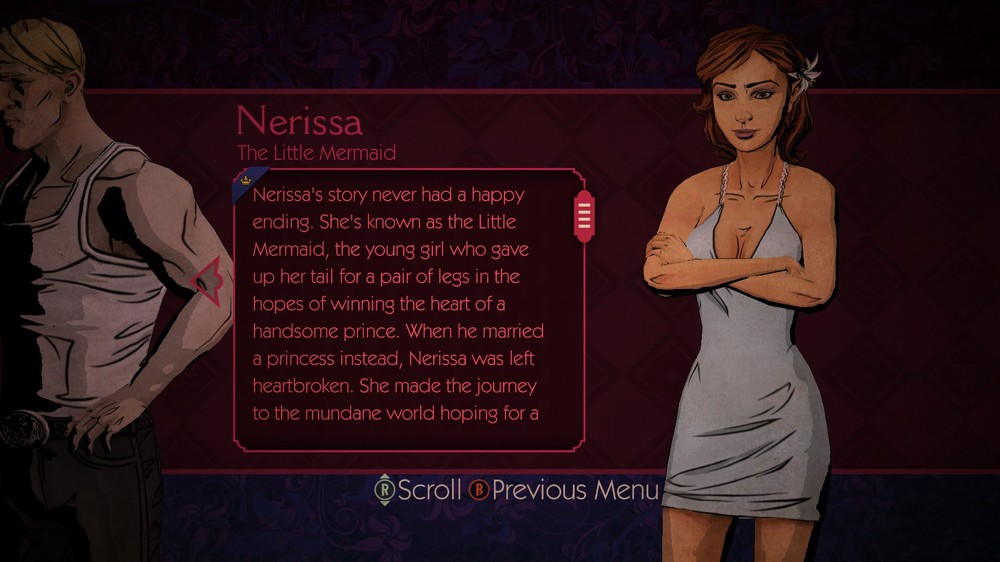