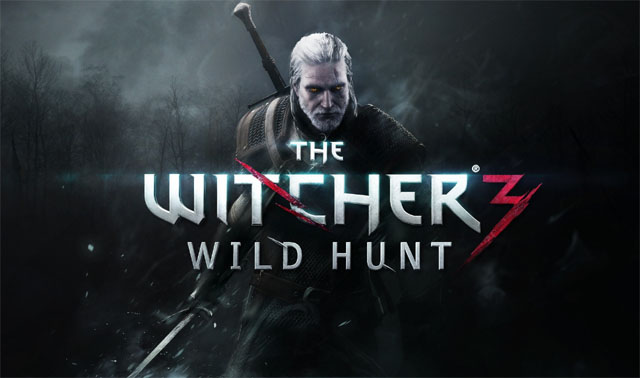 An undeniably enjoyable installment that is marred by a few issues on the PC.

To make that decision or not make it. That is the very foundation of CD Projekt RED’s The Witcher 3: Wild Hunt, and in their final chapter Geralt of Rivia sets out on his own personal mission with plenty of choices to be made along the way. To say that there is a lot to do in Wild Hunt is an understatement, but it’s the choices that you make, and the people you interact with that will really define your experience, as you travel across Velen, Novigrad and Skellige in search of his adopted daughter Ciri.

The Third War is upon the Northern Kingdoms once again as the Nilfgaardian Empire seeks to expand their borders. While you’ve not directly involved in the politics this time, much like you were in Witcher 2, you can’t help but see it the world and its inhabitants as you drift from town to town. Well what you can sometimes call towns as the first place you visit is a few burned huts on a riverside plagued by wolves and drowners. This first scene of the world is your first lesson in the hardship that has befallen the Kingdoms. 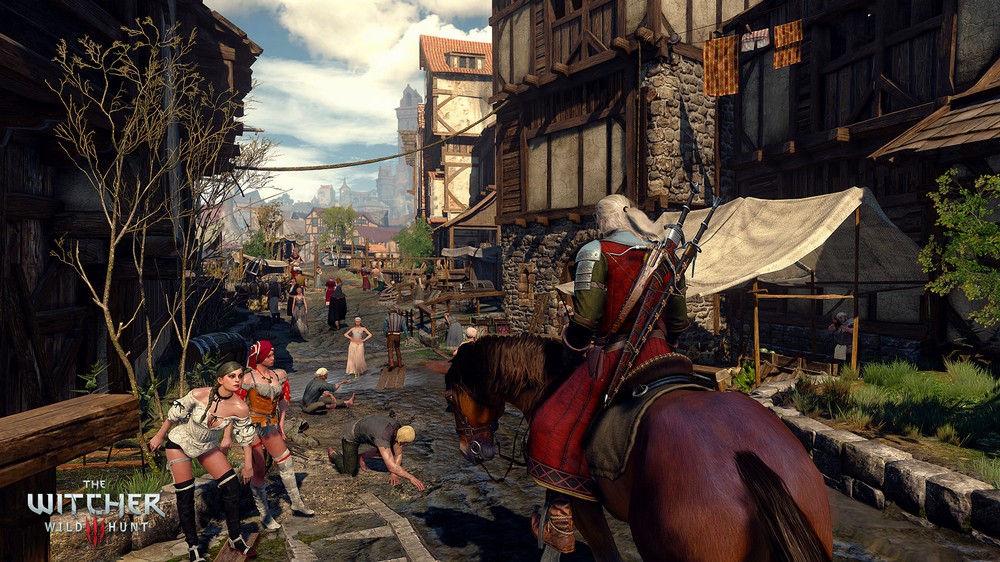 To make things worse, witchers are not especially welcome due to the methods that were used to pursue their trade. Monster hunting witchers like Geralt usually don’t take on jobs unless there is coin involved which is an all too well known fact. Your actions and words can make a difference in how people see and trust you though sometimes no matter how hard you try you often feel like the bearer of bad news. I often found my berated at times after I did something that you wouldn’t think twice about like killing wolves that are attacking people.

Luckily, The Witcher 3: Wild Hunt doesn’t require you to have played the previous games to get to know the world and characters within. There is plenty of lore to read to catch you up in the menus which is where you’ll find other important information like weakness of the enemies that you will face in your journey. The one thing that doesn’t require a lore book to figure out in your trip through the Northern Kingdoms is that the ancient non-human races of the world have suddenly found themselves discriminated, ostracized and forced to live in ghettos instead of the lives they were used to. Just talking to a dwarf is a quick way to learn this. 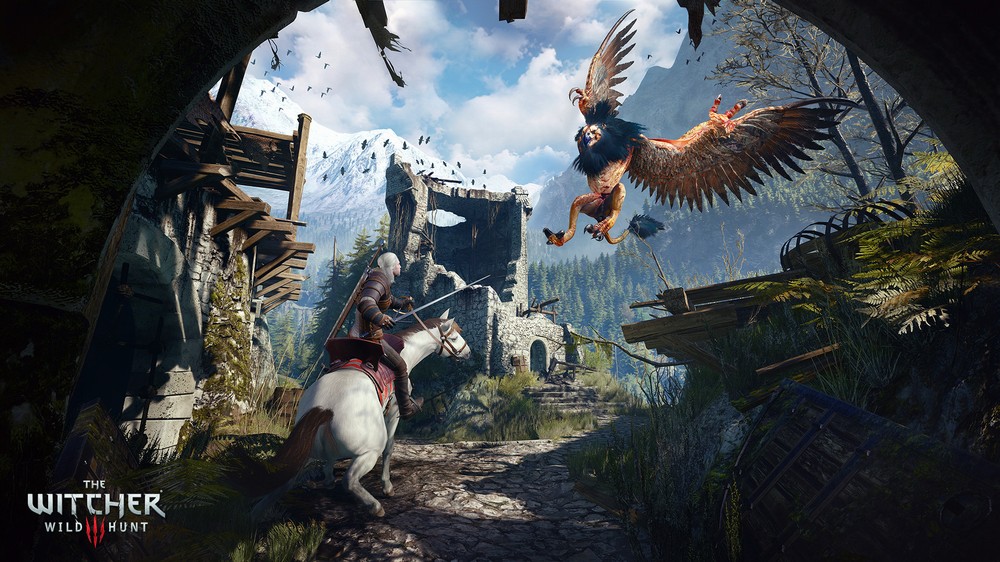 One of my favorite things about Wild Hunt is its story, but I also love the “detective work” that goes into many of the quests, particularly when seeking out to take down a tough creature bounty more than anything. You’ll be questioning the people plagued by the monster, tracking its movements or the carnage it leaves and eventually killing whatever it is. Like most of the creature races in Wild Hunt, you’ll need to research what their weaknesses are outside of Geralt’s Silver Sword. Sometimes it takes certain bombs, oils or even signs (spells) to give you the advantage needed to take them out.

Even if you know all the things needed to take out these creatures that doesn’t mean you should set out to kill them as soon as you get the quest. Each time you hit a new town or area there is always a quest that may be way out of your league to handle, usually due to your character level, so you’ll most likely have a quest list a few miles long if you’re like me and collect every quest you can just in case I run across the areas detailed in each one as I explore the world. Much like the games before it The Witcher 3: Wild Hunt features plenty of reasons to explore instead of keeping to the mostly safe roads. There are monsters to kill, ingredients to collect (like every 5 feet sometimes), and places of power to discover.

These places of power are one of the only ways to make Geralt stronger outside of combat. They reward you with ability points, much like leveling up your character, to spend on Geralt’s combat abilities, passive abilities, signs and even alchemy. Even though Geralt is a close combat fighter you can still tailor him to your own personal playstyle like in the previous games. There are a few new features this time around including alternative modes to the Signs that returning fans know and love. One of my favorites is the ability to change the Igni (fire attack) from a pyrokinetic wave cone to a continuous stream of fire. 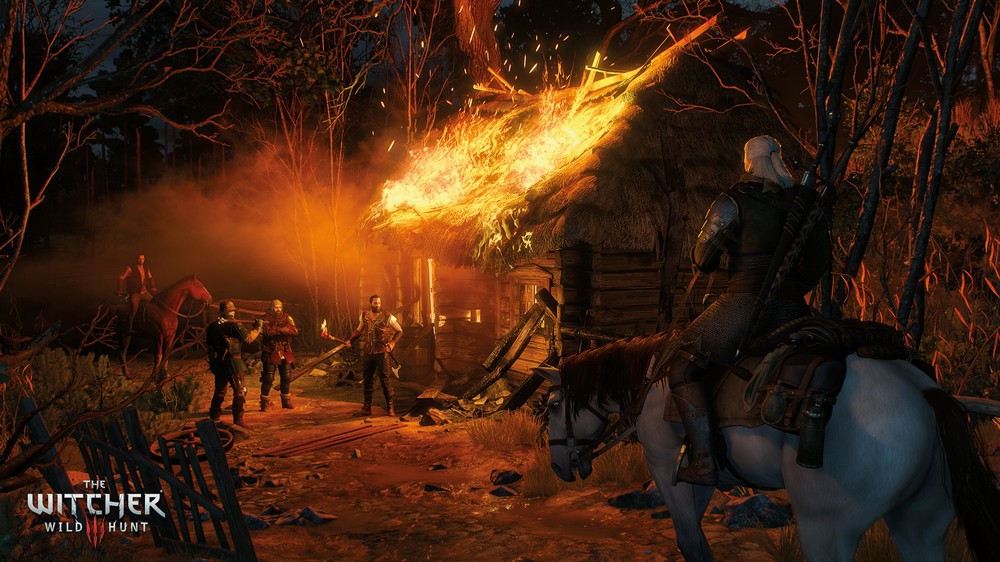 Having played both of the previous titles, I can definitely say that the combat in Wild Hunt is more refined than ever before. While not as smooth as say Shadows of Mordor the difference from Witcher 2 is noticeable. For those new to the series, Geralt actually utilizes two different swords depending on his adversary normally drawing the most effective one when combat is triggered. His silver sword is for monsters while his steel sword is used for humans, elves and other non-monsters.

No matter the enemy, you will use a combination of heavy and light attacks along with blocking, rolling and parrying to make sure your health greatly exceeds that of your enemies. Unlike some RPGs you can’t just swing your sword around in hopes that you will kill things with brute strength or quick agility. Much like the investigation segments, you have to figure out the best way to deal with tougher foes like griffons or shielded enemies. Players can choose to play Wild Hunt with either the more traditional keyboard and mouse or a controller, which I found to be the better of the two during my adventure, especially when on horseback. 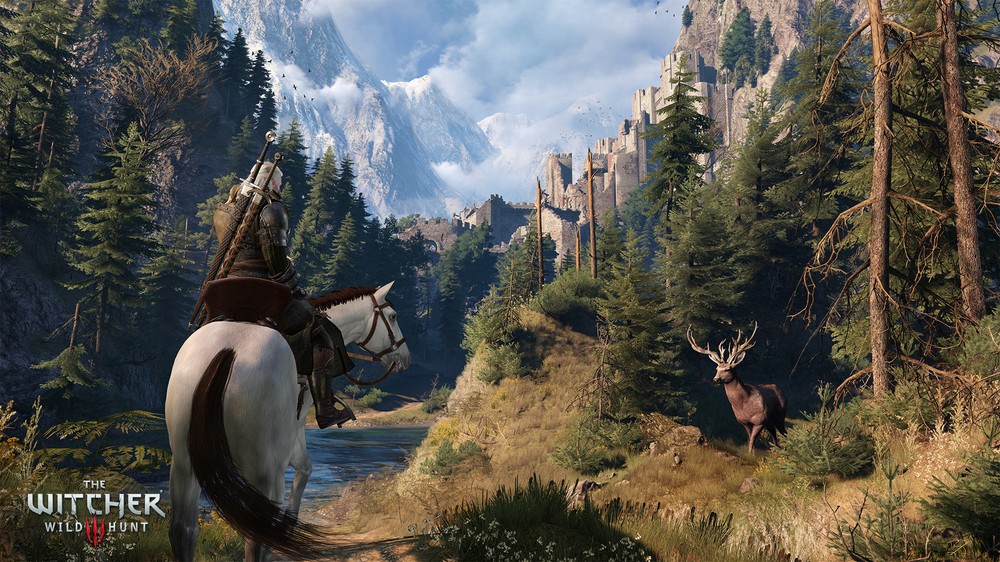 My journey through the Northern Kingdoms however wasn’t exactly a smooth one and it seems I’m not the only one either. The Witcher 3: Wild Hunt in itself is an undeniably enjoyable installment that is marred by a few issues such as character interacting with the world or rather getting stuck in it. Be it a tree, building, or fences sometimes confuses both NPC and your Roach (yeah, you really love your horse to name him that) all the time. At least moving out in the opening and whistling usually fixes that problem pretty quickly. The same issue I had with hotspots on item interaction in the previous titles also still plagued me in Wild Hunt but this is mostly due to the somewhat rough controls when it comes to moving Geralt around the world.

The world of The Witcher 3: Wild Hunt however is beautiful in its every detail from the rich atmosphere to the stunning environments to its memorable characters. Depending on how strong your gaming rig, Wild Hunt can look and run absolutely amazing though some framerate issues can arise depending on which features you have enabled. The Witcher 3 is the first game to feature NVidia’s new HairWorks which can reduce framerates by nearly 20% depending on how you have it configured. By default its set to focus on Geralt’s aging features though you can expand it to the NPC, horses and monsters. While it is gorgeous to see and admire I turned it off to preserve my framerate where it really mattered, combat. 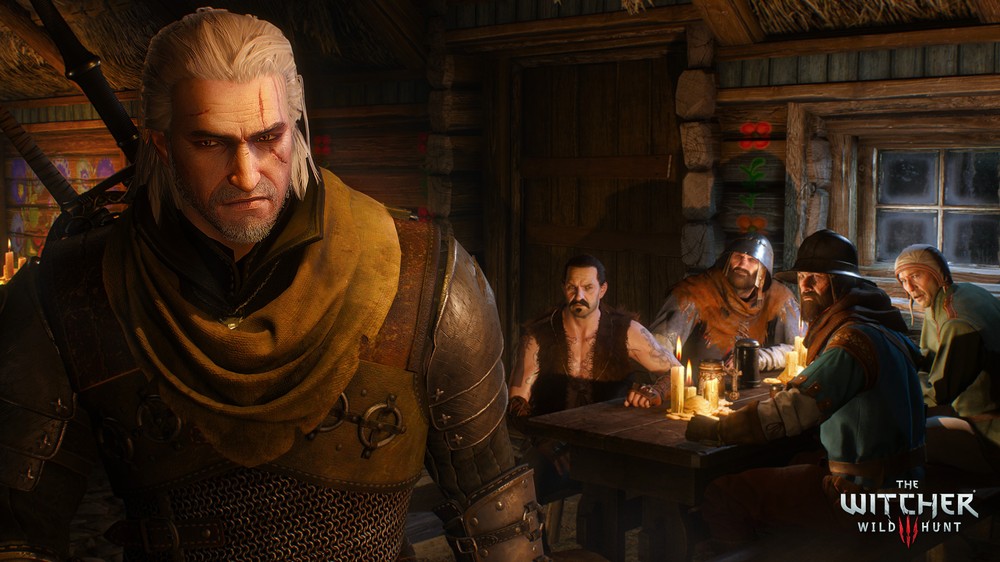 To be honest even on lower settings Wild Hunt looks great and there are plenty of graphics options to mess with to tweak it to perform better on your own rig. Regardless though The Witcher 3: Wild Hunt has enough beauty, even though some of it is a very dark beauty, to make you stop and take it all in from time to time as you feel like you’re moving through a real living world. Trees will blow in the wind, rain will fall and in the distance you will hear the noise and shouting of the world’s inhabitants, both friendly and monstrous alike. As spellbound as I was with The Witcher 2, Wild Hunt really takes it to the next level with its visuals. Of course The Witcher 3: Wild Hunt also features a great score and a great voice cast to accompany its visuals along the way. Geralt’s gruff voice is easily recognizable as well as many of the returning characters that you know and love.

The Witcher 3: Wild Hunt for PC may be the last outing for our favorite Witcher but it’s definitely been worth the ride over the years. CD Projekt RED really knows how to craft a deeply involved story with memorable character and a stunning world in which to experience it. Depending on how you decide to experience it, be it going right for the heart of the matter or taking the time to really get to know the Northern Kingdoms and it inhabitants there is anywhere from 25 to 200+ plus hours of gameplay to experience. That’s not including the content featured in the 16 free pieces of DLC as well as the upcoming 30 added hours of gameplay included in the Expansion Pass. The Witcher 3: Wild Hunt for PC is definitely a must own game this year. Pick it up now at your favorite gaming retailer or online from Steam and GOG.com today. 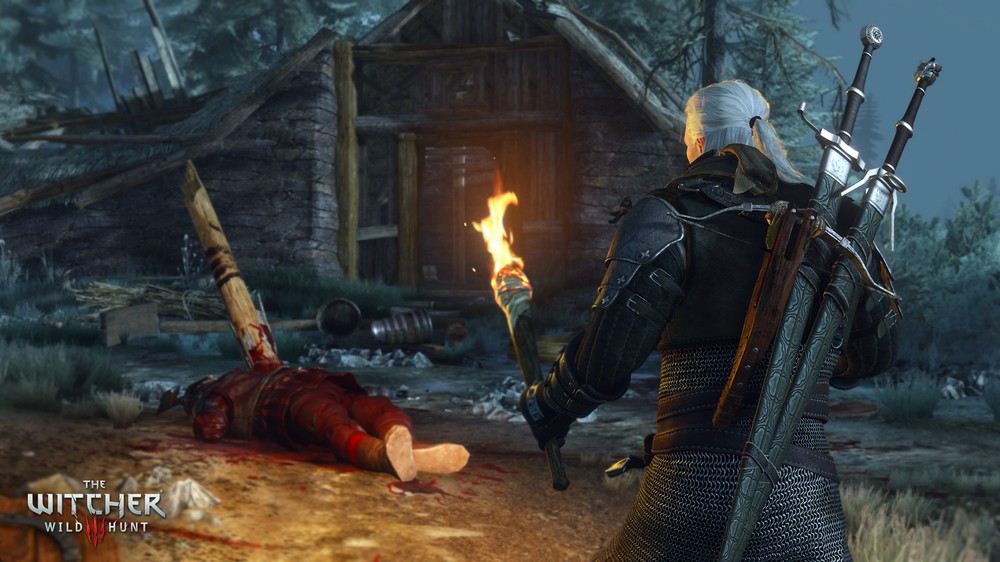 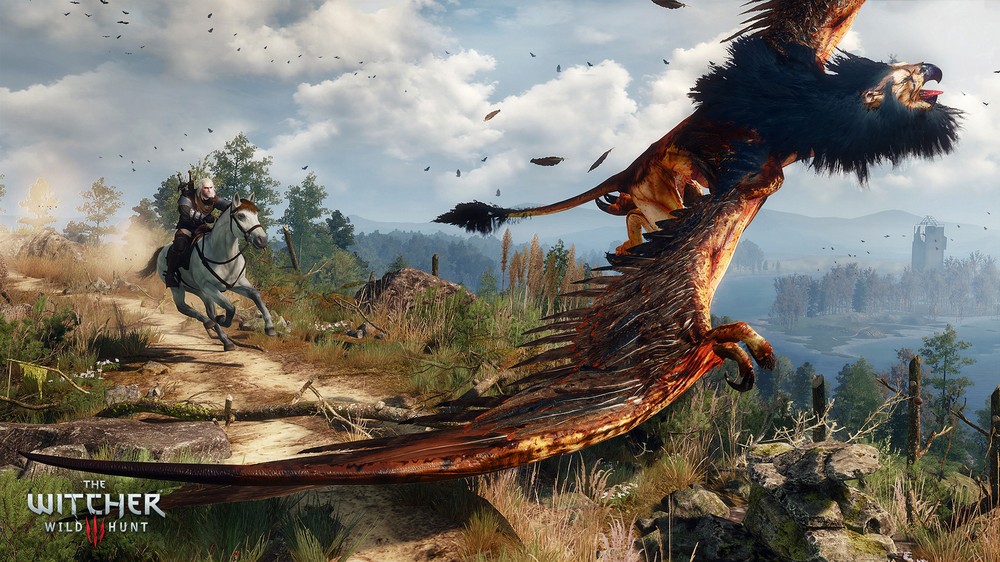 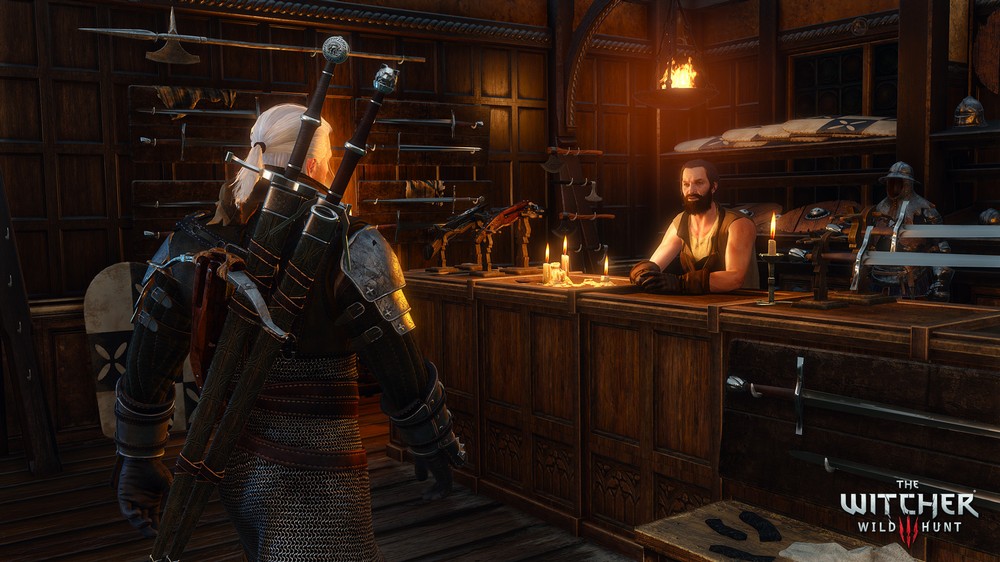 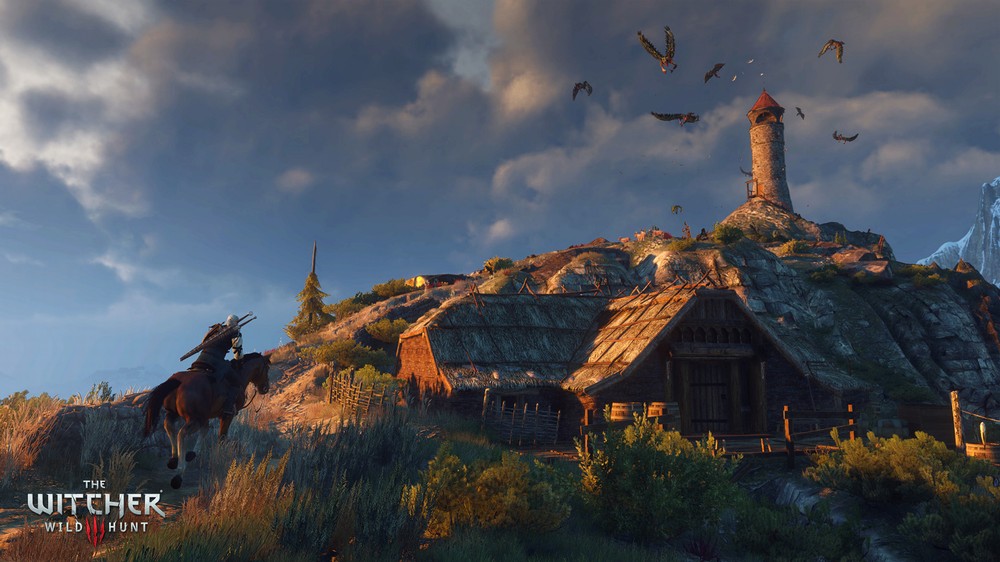 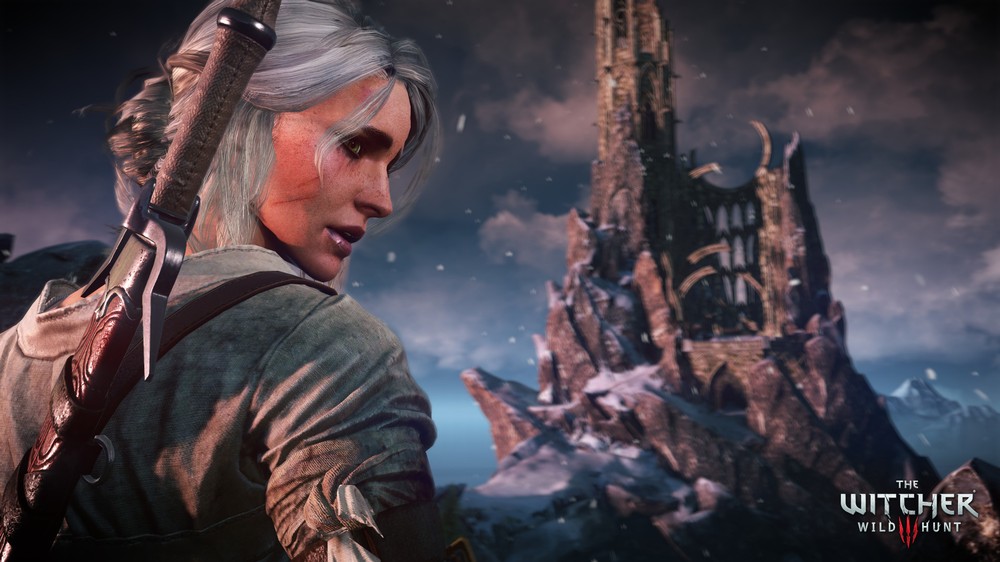 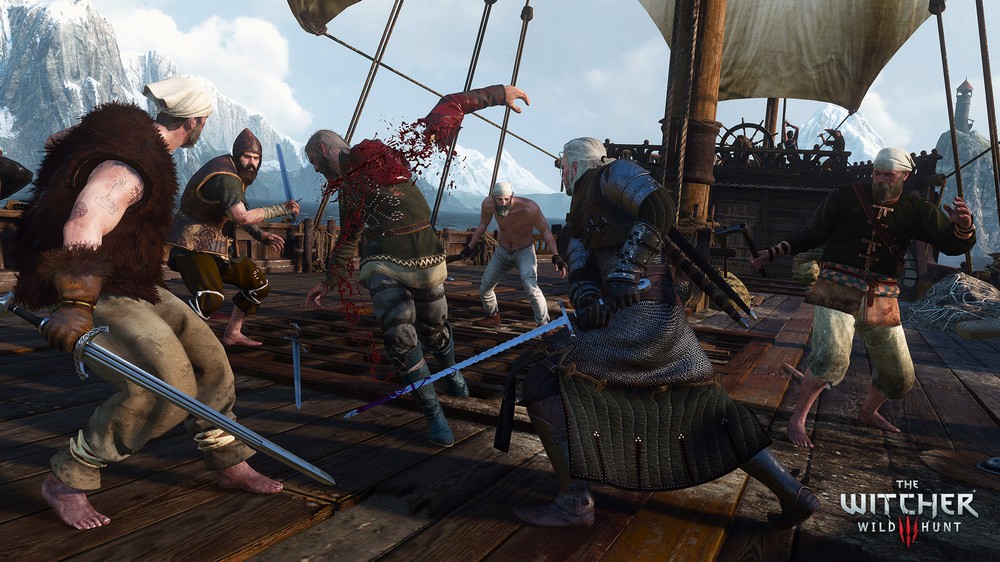 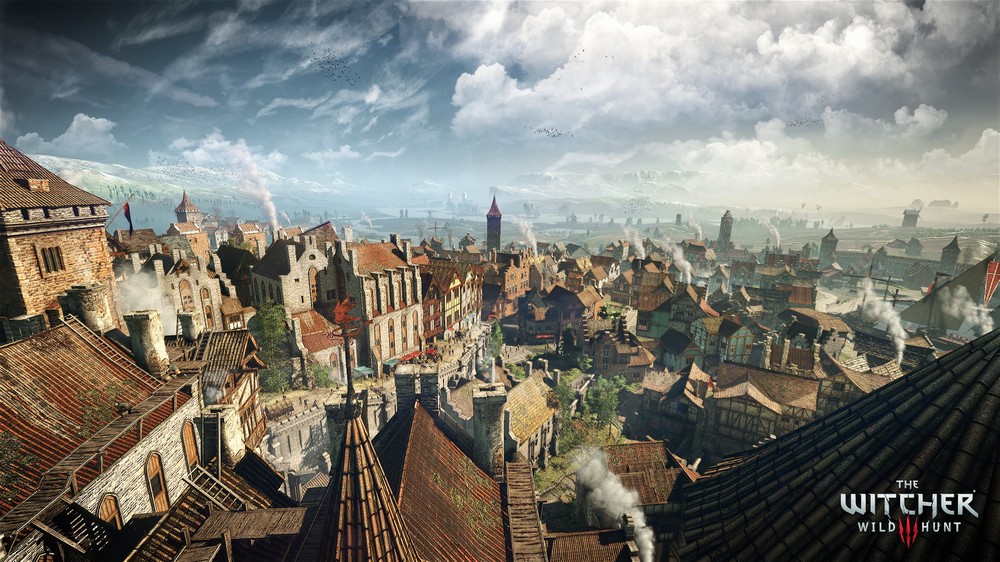 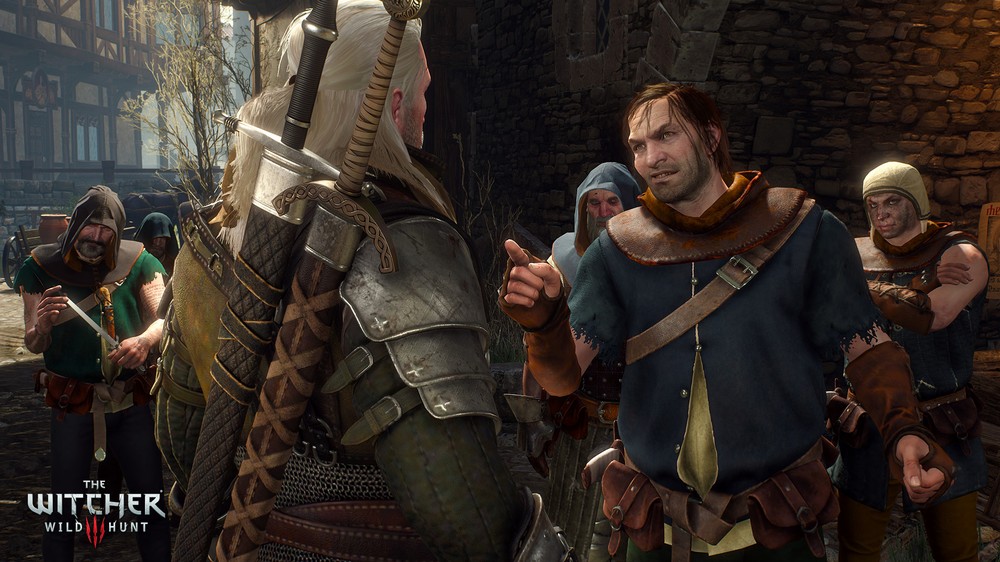 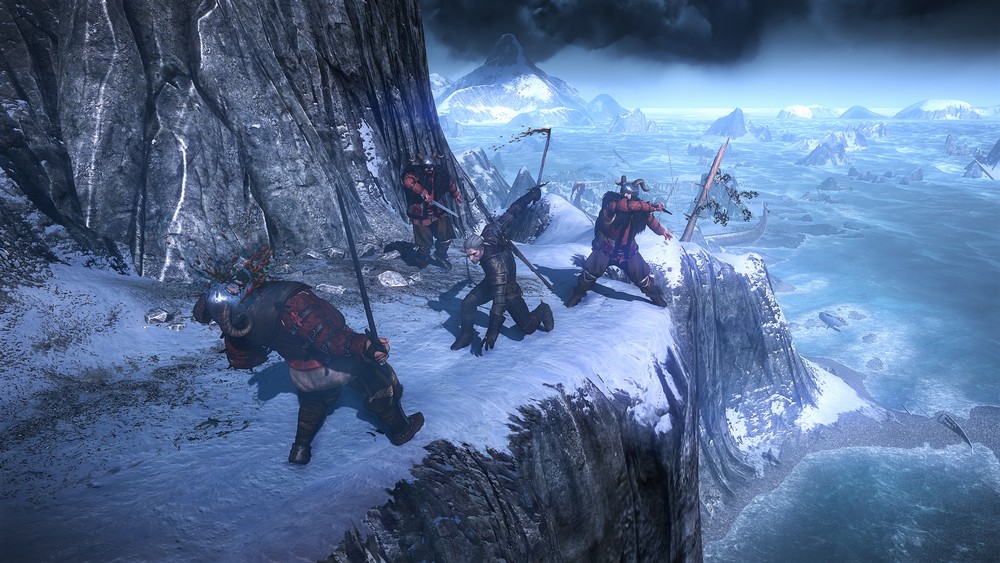 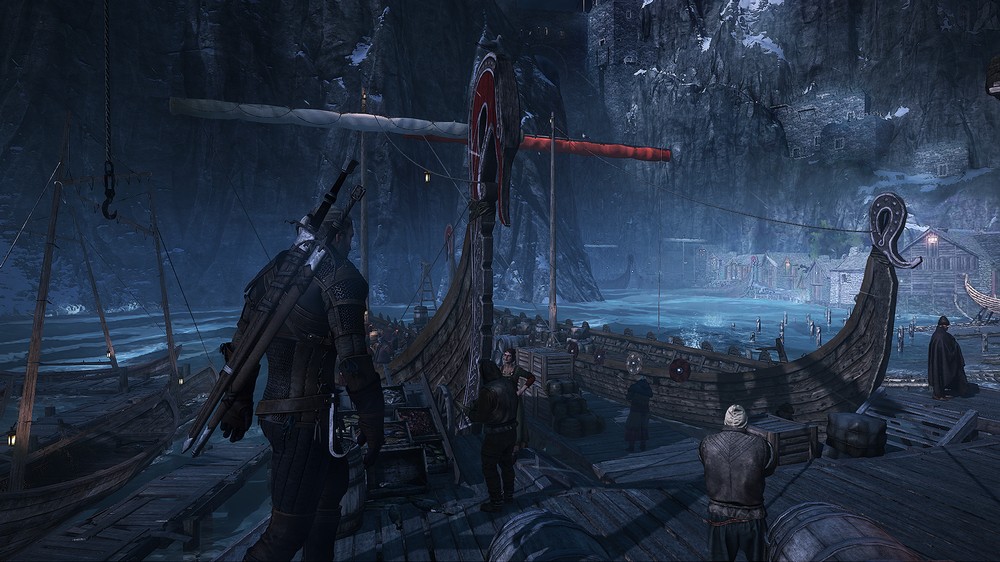 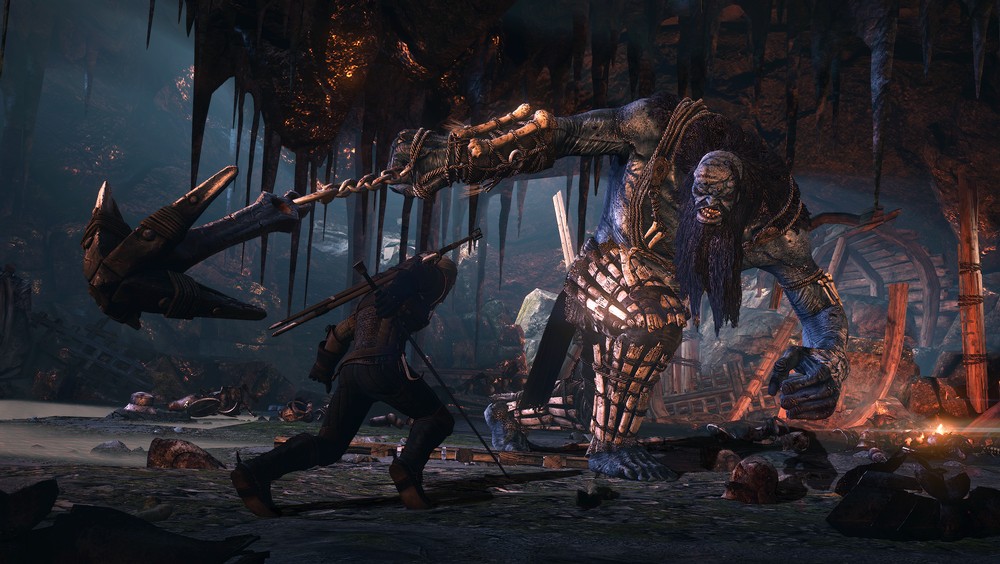 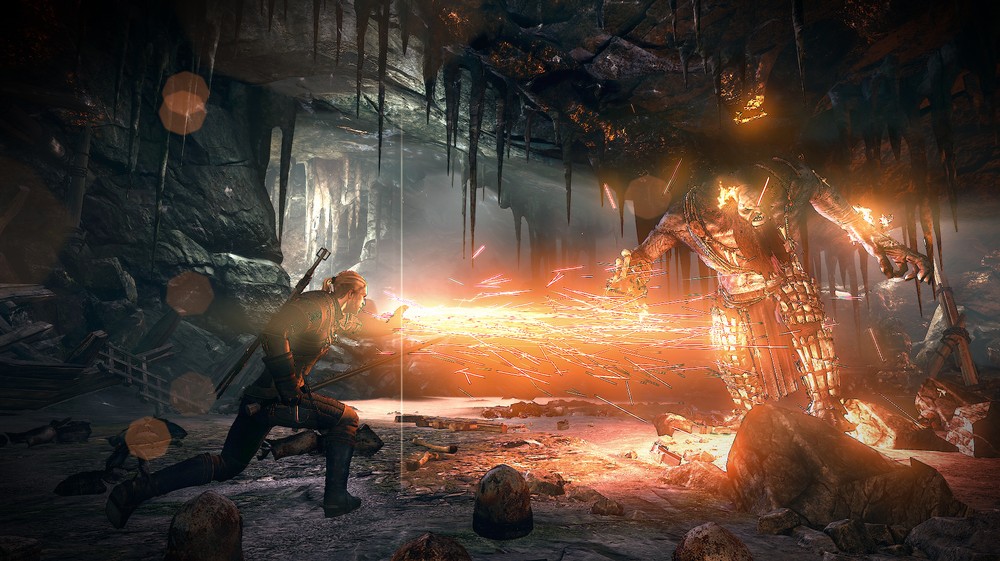 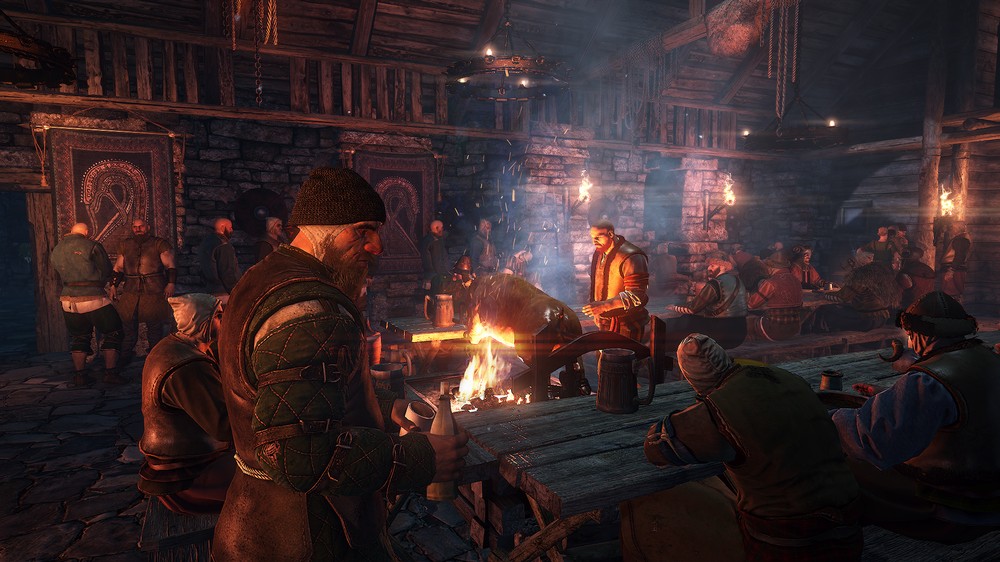 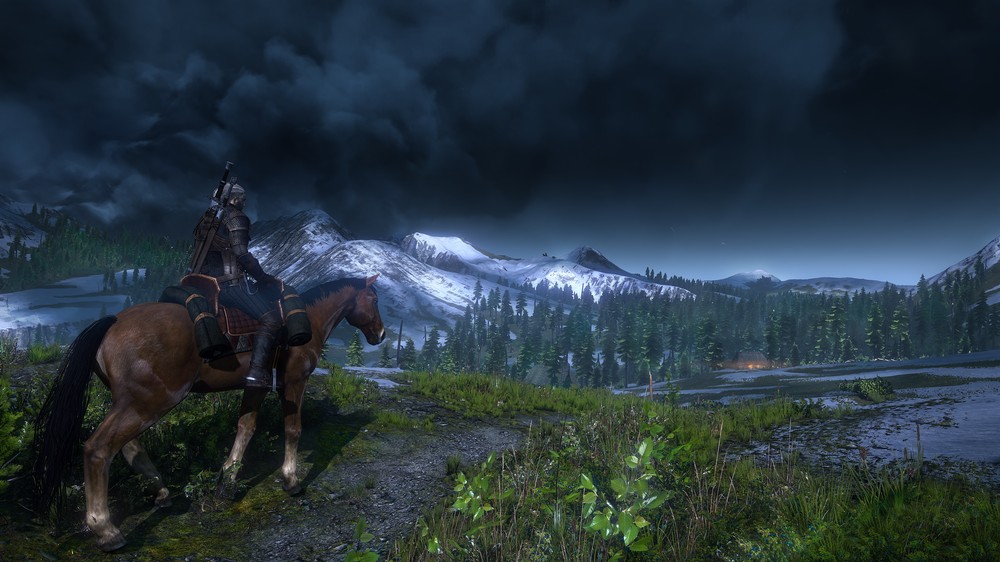 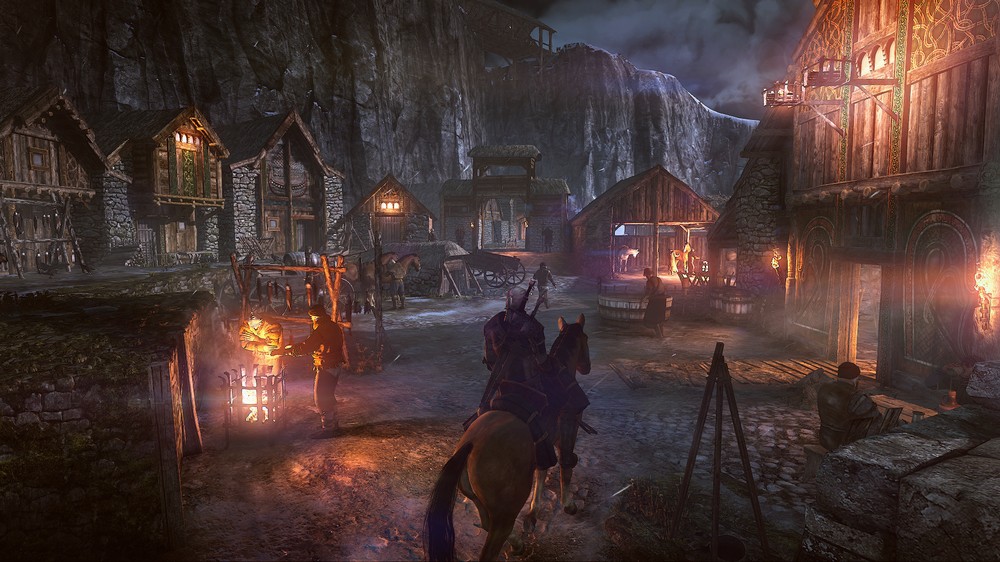