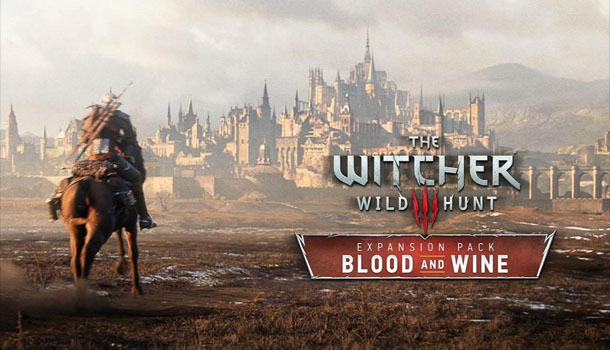 An absolute must buy for any Witcher fan.

Well folks…The Witcher 3: Blood and Wine is here for PC and with it a sense of joy and sorrow. Even after the events of the main story and my playthrough of Hearts of Stone there was still that last expansion looming in the distance marking both a new and possibly exciting adventure for the White Wolf and the final touches of one of the greatest RPG series to ever grace PC and console alike.

As many of you have already scoured every nook and cranny of The Witcher 3: Wild Hunt and even gone so far as to replay the story in the New Game+ mode you’re probably wondering where this new expansion fits in to the story as a whole. Luckily this fantastic expansion can be played in one of two ways. Players can start the entire game from the very beginning with Blood and Wine incorporated seamlessly into the narrative or as a standalone experience within The Witcher 3. You can purchase The Witcher 3: Blood and Wine by itself much like with Hearts of Stone or together as part of the season pass. 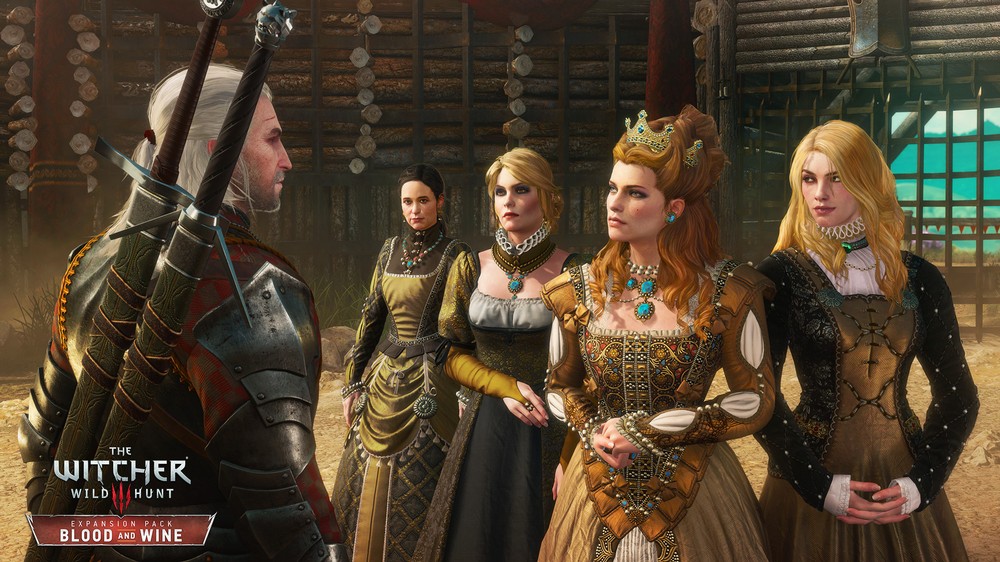 As this is the final sendoff (as far as we know) for our favorite monster hunting Witcher, I decided to use my main playthrough character to dive into the world of Toussaint for this review instead of creating a new character for the still optional Blood and Wine only campaign. You will start an appropriate level 34 Geralt if you choose to play Blood and Wine if you opt to forgo the main game.

No matter which way you start though the opening level for the expansion is around level 35 or higher. Worry not though, as you get to spec out your Geralt with a slew of ability points to fit your playstyle be it a powerhouse swordsman, talented scholar or a quick bladed rogue. There are several new features this time around including some seriously cool endgame level abilities like Bloodbath and Piercing Cold accessible via 12 new mutations. Just when I thought Geralt couldn’t get any more badass the folks at CDPR proved me wrong in the most epic of send offs. 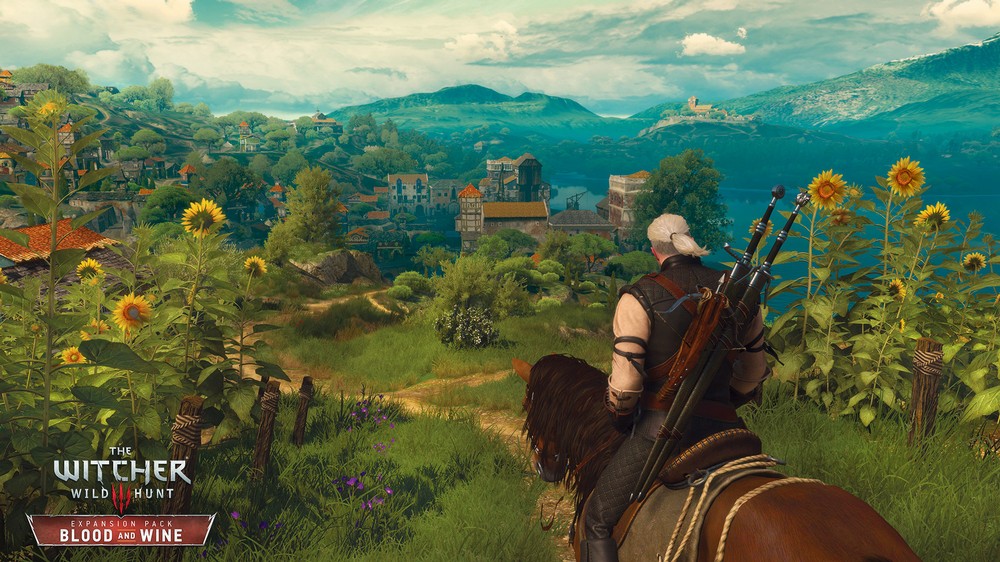 Playing Blood and Wine by itself once again locks out all of the main story arcs to keep you on track to the main event which blows even Hearts of Stone out of the water. The story starts off like any of Geralt’s endeavors by visiting a notice board which sets you off to find some knight that have taken up protection of small village but have much greater need of Geralt’s abilities elsewhere. Unlike Hearts of Stone, Blood and Wine sweeps you away to the new landmass Toussaint, a land untouched by war with an absolutely stunning visual package to showcase it.

Though in true Witcher fashion, not is all pretty in a land of chivalrous knights, joyous civilians, wine and nobility. The land of Toussaint is very much a stark contrast to the core game and first expansion. Nobles are being killed in interesting ways and Geralt is summoned by the fearless yet caring Duchess Anna Henrietta to put an end to these travesties to the peaceful capital. While I won’t spoil anything about the events that take place in Blood and Wine, as it would ruin the fun and mystery, you are after a killer known as the Beast of Beauclair. 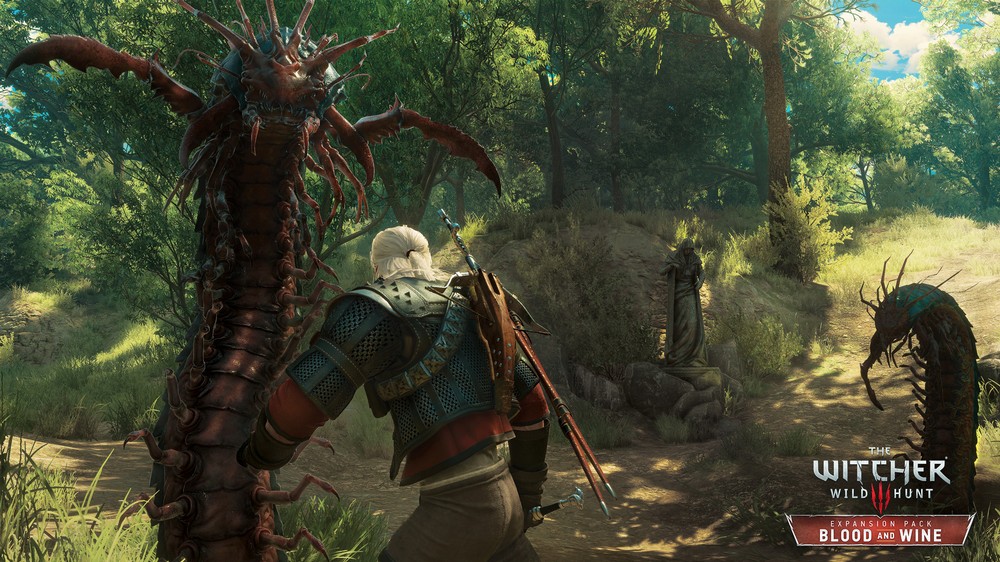 Even if you haven’t seen the trailers for Blood and Wine, the cover art of the expansion pretty much reveals the main theme of the story but with all things Witcher nothing is black and white and every action has its consequences. Toussaint is full of things for our Geralt to do and all of its quests are well written interconnecting pieces of the plot as a whole. I have to say that there are more that few quests that validate Toussaint’s almost fairytale appearance including on that finds you in a peculiar landscape.

Combat remains largely the same here in Blood and Wine but some improvements have been to even the odds against a new roster of foes. For starters, the aforementioned mutations give Geralt some seriously useful abilities including my favorite Piercing Cold. This gives Aard (telekinesis push) a 25% chance to freeze targets in its patch. Those that are knocked down and then frozen will die immediately. Those that don’t, take substantial extra damage as a result. This is great for when you are largely outnumbered but as with all foes it may not work against certain enemy resistances. These mutations however actually require Ability points to unlock them besides the required mutagens so choose wisely. 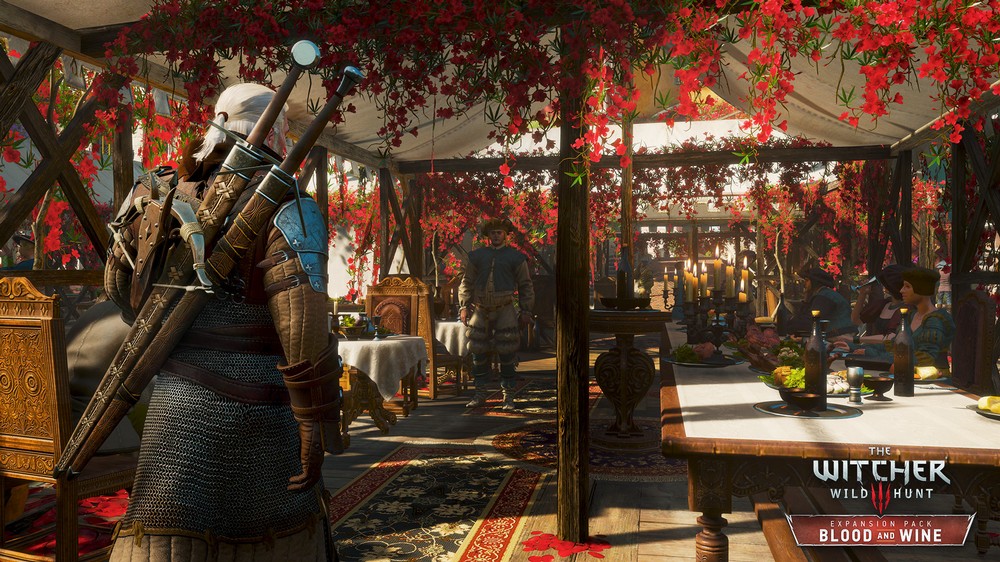 Besides new abilities as well as new weapons and gear befitting someone of Geralt’s stature other improvements have been made to The Witcher 3 regardless if you own the expansion or not. Not only does the game run slightly better from my experiences with Hearts of Stone but the user interface has gotten an upgrade to make things like inventory management a lot easier to find what you’re looking for. I love the fact that you now have the option to read books that you pick up immediately instead of having to wade through all the ones in your inventory to find them.

Much like the core game, Blood and Wine has tons of content crammed across the land of Toussaint and while you can skip over much of it going for the meat and potatoes, you wouldn’t be taking the time to see the love and care that the developers put into crafting a world filled with woes, joy and even a bit of clever developer humor. Of course Gwent is ever present and with a whole new deck to sink your teeth into or avoid like the plague as not all the things that want to sink their fangs into your free time are monsters. 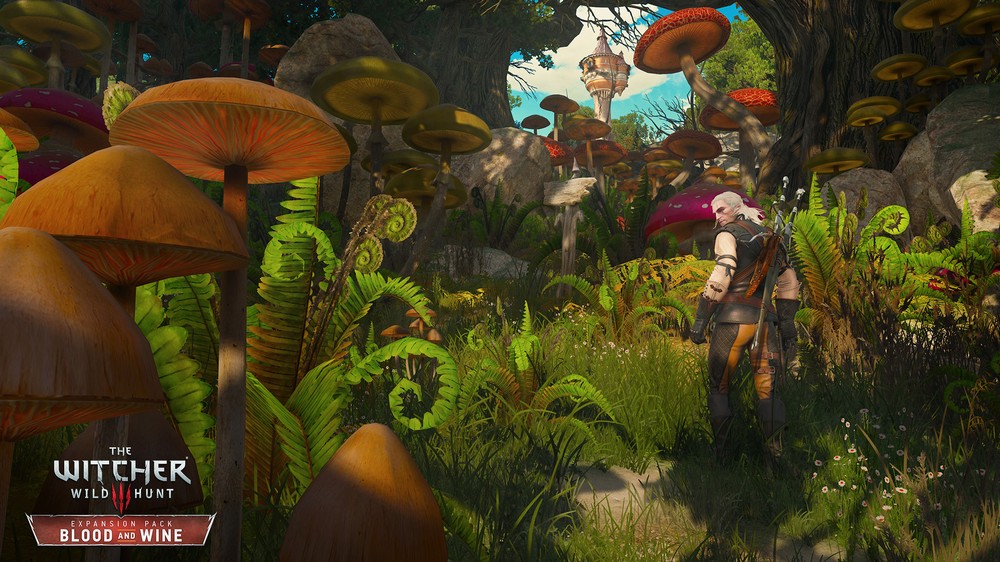 There is something truly special about Blood and Wine that is apparent as you progress through its story. This is a labor of love for the developers as they pushed this expansion to look better than the core game, but more importantly it is more in tune with core game choices than the first expansion. Things are mentioned about your past choices in dialogue and the vineyard that you acquire for your services acts not only as an upgradeable “base” but as a way to memorialize Geralt, not only as hero of the world he inhabits but a gaming great character wise for gamers right up there with Lara Croft (recent years), Nathan Drake and Commander Sheppard. If this really is the last outing for The White Wolf that we ever see he retired in style. This is an absolute must buy for any Witcher fan.